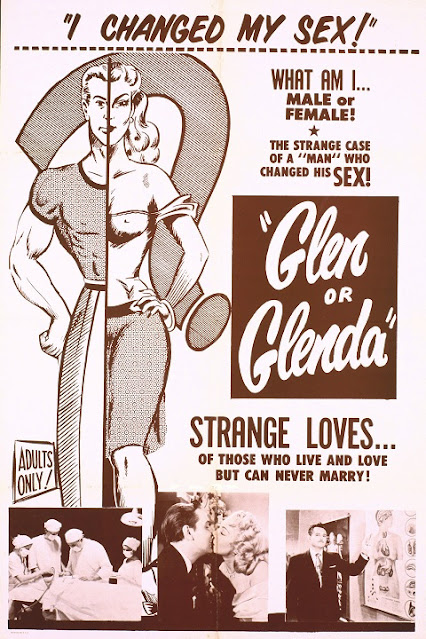 After a transvestite man commits suicide, Inspector Warren decides to have a chat with one Dr. Alton, an expert in such cases. Alton tells the policeman all abut his recent history with Glen, another transvestite who struggled with how to tell his fiancee
Glen or Glenda is a film that for the longest time has been lumped into the category of 'worst films ever made', purely because of its director. Not only was he a master of the craft, but he was also one of the first 'so bad they're good' directors to have been rediscovered, leading to all of his films being painted with that same brush regardless of quality. Bride of the Monster or Night of the Ghouls? Sure! But Glen or Glenda? Not so, I feel. It's certainly got its weirder moments, but for the most part it's a surprisingly serviceable movie. 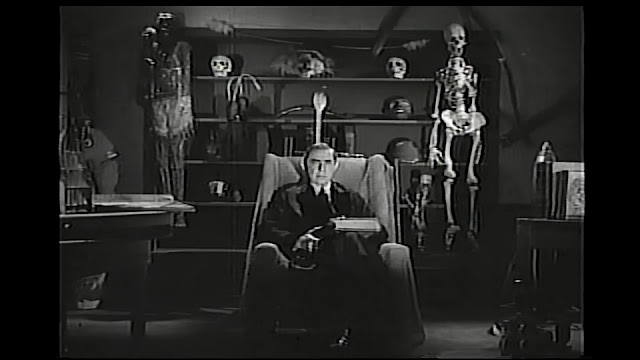 The arrangement of the film is a bit confounding, but you get used to it eventually. A mysterious scientist who may or may not be God is the main narrator, but then we've also got Dr. Alton, who narrates the tale of Glen to a curious detective. Glen's story takes up the majority of the movie, but stuck right at the end is another vignette, all about Alan/Anne. Comprised largely of stock footage, it's a fairly decent little tale, and competently made. It may not come off as a proper story, but it never really tries, so comes off far less phony than it could have. 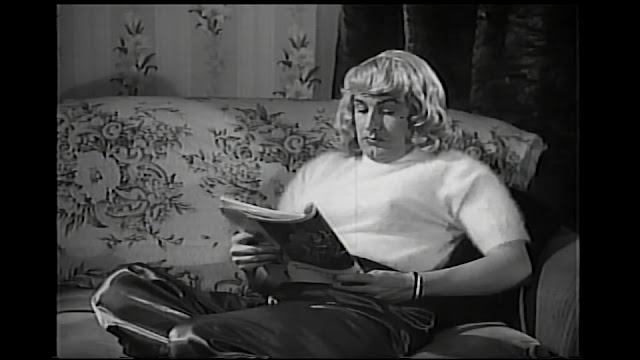 The weirdest part of Glen or Glenda is by far the 15 minute dream sequence. The first section is pretty good, making sense with Glen's anxieties, and the film's overall themes. Everything after that is just random and bizarre though, especially the extended striptease/erotica/BDSM reel, which was a last minute addition forced on by a producer unsatisfied with the movie's short length, and lack of salaciousness.
Ed Wood was a transvestite himself, and this shows in the film, which was not only made by the voice of experience, but even uses a few biographical details from his own life. The general attitude present in the movie is a positive one. Even if the people here don't understand it, they don't demonise such people. A perfect example is when Glen is discussing the topic with his fiancee, saying "Some people aren't happy the way they are" and then her response isn't something bigoted, but the reasonable reaction that it's a drastic step to take. A lot of the conversations  are like this. Many of the characters are skeptical, but are open-minded and willing to learn, and that's the message at the core of the film. Being kindhearted and accepting to learn how others want to live  It's surprising how much more tolerant people were in the 1950s regarding this topic than today. 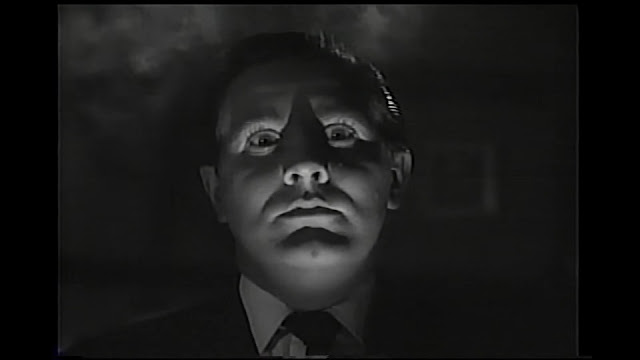 While the movie is a little dated in some respects, these are largely secondary compared to everything the movie does right, like how it stresses against criminalising the condition, and even uses the correct terminology. I've seen some people say elements have aged poorly, and some of these are valid enough points, while others come across as whinging to me.
While I have been fairly positive to the movie so far, there is its fair share of cheesiness, and it does entertain plenty in that regard. If you don't burst out laughing at the old ladies parroting on about God and Man, you must have no sense of humour.
Ed Wood plays the lead part of Glen, and does a pretty good job at it! He often did a weird job at getting performances out of other people, but when it came to himself I guess he knew what he wanted. Dolores Fuller's deliveries can be a little clunky at times, but she does a mostly ok job, and has chemistry with Wood (as well she should, considering they were a real life married couple). Timothy Farrell and Lyle Talbot have a decent rapport as the doctor and policeman who discuss the film's stories together. And lastly, Bela Lugosi delivers a pretty hypnotically weird performance! He alone gives the movie a lot of its mystique. 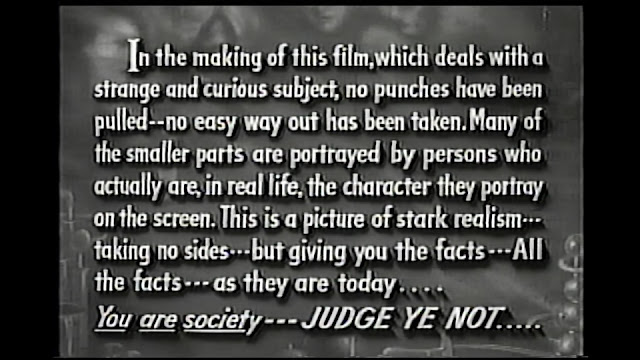 To finish, Glen or Glenda is a unique curio, and certainly deserves its place as the second most well known film in Ed Wood's filmography. It's not for everyone, but if the subject interests you, then it's certainly worth checking out...
Posted by Chris Hewson at 7:55 AM