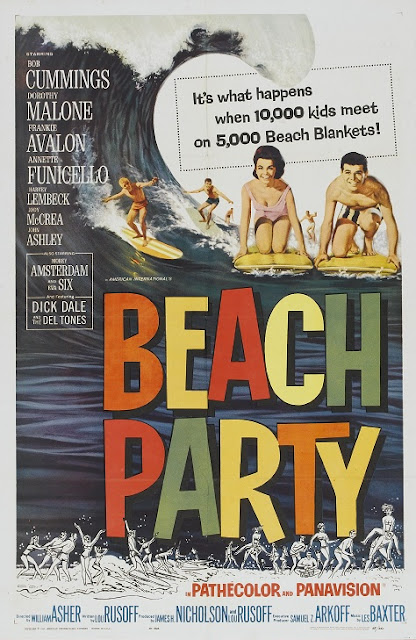 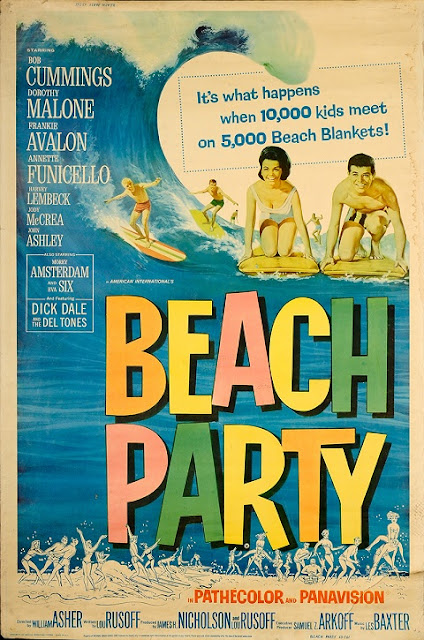 Summer has arrived and the beaches are full of 'post adolescent surf dwellers', keen to enjoy the sun, surf, and opposite sex. Meanwhile, they are unknowingly watched by an eccentric anthropologist who's working on a new book, comparing the practices of modern teenagers to tribal cultures. D both  to make the other jealous 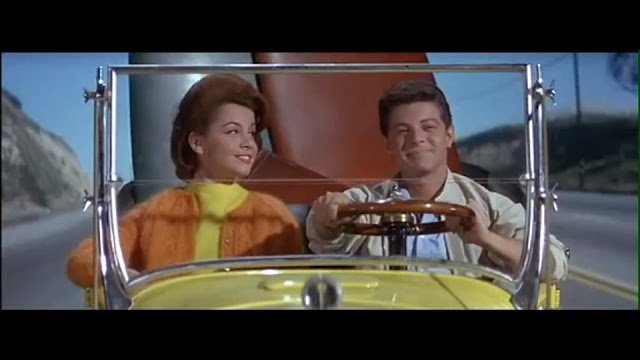 Beach Party marked the beginning of a short-lived but long-standing cultural institution. While maybe not the first sun and surf movie, it was definitely the first to get the ball rolling, and was singlehandedly responsible for the vast swaths of surf flicks that littered theatres during the 60s, including seven sequels in only 2-and-a-half years. 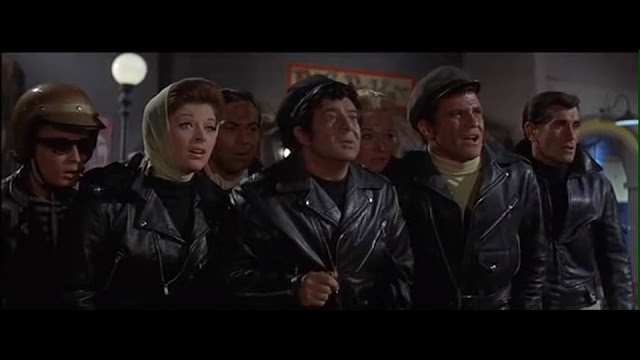 The story here is an amusing one, and it introduces the cast fairly well...except in one respect. It kinda felt like just another entry! Nothing really felt like this was the first ever story with these characters. Still, a small issue, not even a real complaint. The film has two main couples-Lovey-dovey teens Frankie and DeeDee, and the professor and his girlfriend. They each get time to shine, and neither hog too much screentime from the other. 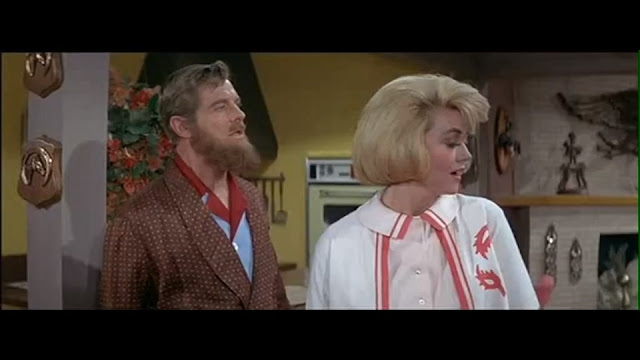 There's plenty of variety in the action on display, for everyone to enjoy. I think maybe my favourite scene was when Marianne is swaying by herself to a nice beat as she watches the beach at night. I suppose because we all want to imagine ourselves being at a fancy shindig with all the happening crowds, but something we can all relate to is jamming in the dark to a tune in your own company. 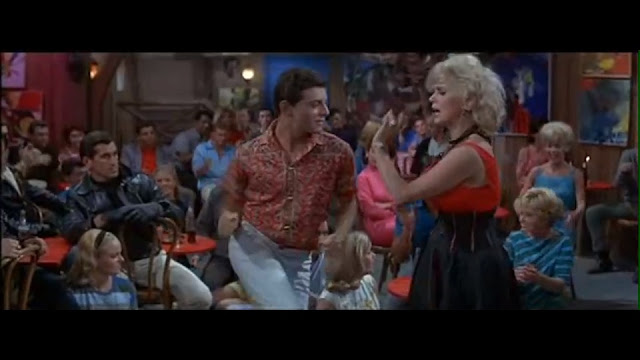 It's par for the course that each entry Frankie and Dee-Dee break up, for whatever reason. In this case Frankie wants to go all the way in a carnal sense, while DeeDee wants to go all the way in a matrimonial one, leading to both angrily swearing each-other off. Neither come out smelling of roses, with Frankie's advances towards Hungarian girl Eva only exacerbating things, while DeeDee judges Frankie harshly for the behaviour she herself is committing too. Thankfully neither come across as malicious or anything, rather just stupid teenagers.
The rest of the cast are a major weak link, not because they're bad, far from it, but simply because they're underused! And this is the first entry too, where we should really be getting to know all these characters, from Deadhead, to Animal, and whoever John Ashley is playing this day of the week. 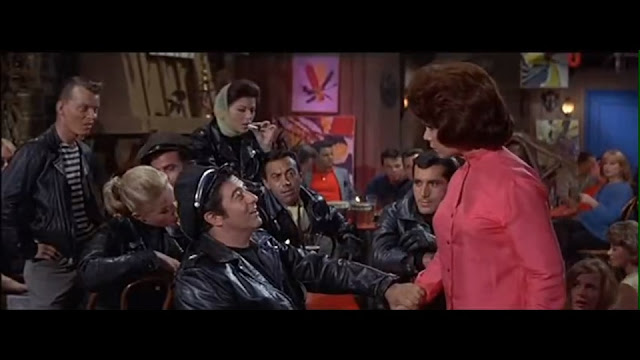 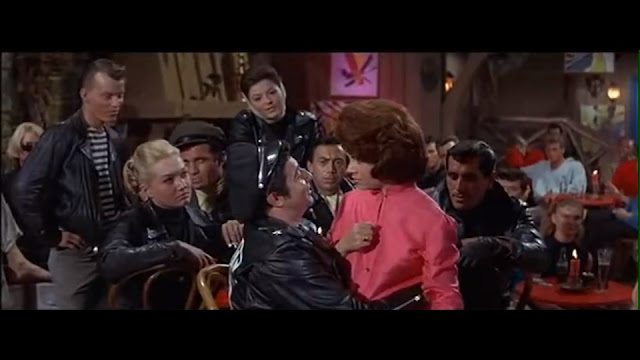 The film doesn't really have a villain, per se, with the conflict coming from Frankie and DeeDee's arguments, and the Professor's ultimately condescending motives for investigating their crowd. However, we do have some nefarious deeds, courtesy of Eric von Zipper and his Rat Pack! They are fun as usual, with many quirks and habits. My favourite moment with them is when Eric snaps his fingers, and with an automatic movement Puss dutifully holds out a lighter...getting it in the totally wrong spot, and he spends the rest of the scene smoking an unlit cigar. 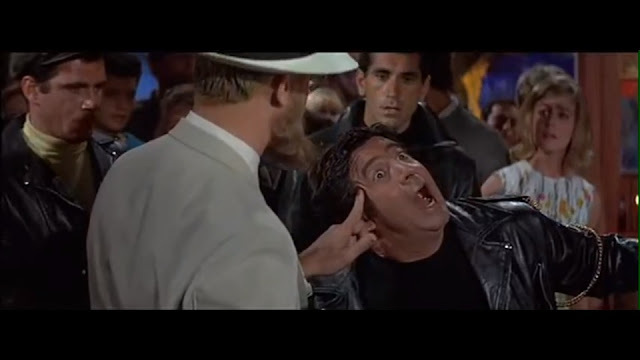 Also of note is that we actually see Eric learning 'the finger'! Having seen all the later movies first, I'd always assumed it was a skill he always had, and any references to a professor teaching it I just chalked up as something offscreen we'd never learn. But here we actually meet the professor, and see him teach it! It's quite a neat moment, actually, and I think it's cool that von Zipper is able to carry on this ancient technique, in his own crazy way.
The romance in Beach Party is handled decently enough, even though most of the characters deserve a smack. While it's not at all apparent due to the casting (Robert Cummings looks about 15 years younger than what he's playing and Annette is about 15 years older), the 'affair' between the professor and Dee could be potentially creepy, since he's a middle aged man and she's a 'teenage' girl   but the movie is aware of this, like when Marianne makes a Lolita crack that catches him so off-guard he stops talking and stares right into the camera. Overall though there's a sense of innocence with their interactions, that never feels off-putting. 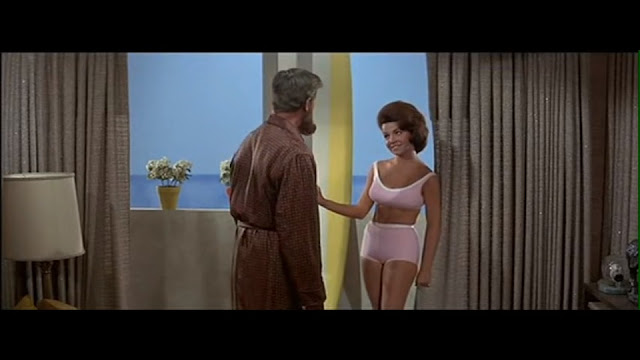 There's plenty of innuendo here, and some saucy implications, but never gratuitously so. That's something you could always count on with this series. No matter how much they'd focus on sex, it never really rubbed it in your face.
Onto the music. The opening song with Frankie and DeeDee is a perfect musical introduction to the series. Don't Stop Now is a pretty fun rock track. Treat Him Nicely is a decent if melancholic dirge. The remainder of the songs are pretty basic tunes, mainly sung by existing performers (in this case Dick Dale and the Del Tones). There aren't that many songs here, all things considered. There's enough, though I wish there coulda been at least one or two more, preferably sung by the main crew. Thankfully later entries would take this to heart (and then some!). 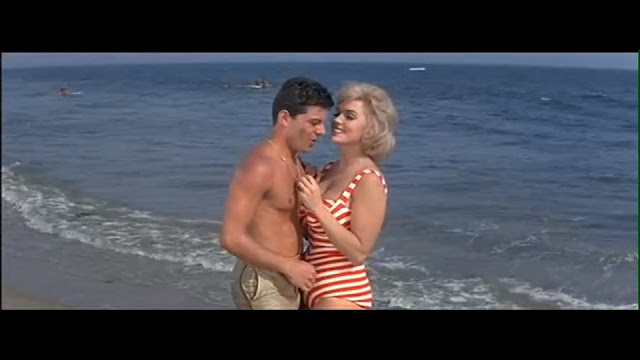 The acting here is fun. Frankie Avalon is a good-looking and competent lead, while Annette Funicello is spunky, and fiercely indignant. Robert Cummings is enjoyably eccentric, without ever going overboard. He spends most of the movie with a distinctive beard, before finally being persuaded to shave it (come on, DeeDee, you should love him for how he is!...But thank you anyway). Dorothy Malone is fun and sarcastic, making the most of her role. Comedian Morey Amsterdam has a decent role here, even if he does dress weirdly! 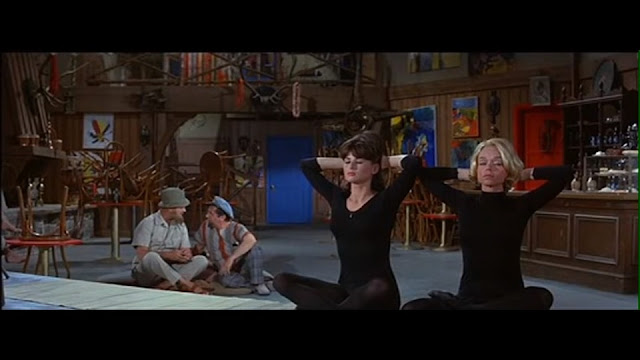 Harvey Lembeck is fun, though more restrained than in the later movies. The rest of his gang does well too. The two club models have small but distinctive roles, namely in the final battle, where they take a raspberry cream pie to the face without batting so much as an eyelid! Serious props, girls! Special praise must also go to the rest of the Rat Pack for staying so still in such awkward positions after they all get 'the finger'. 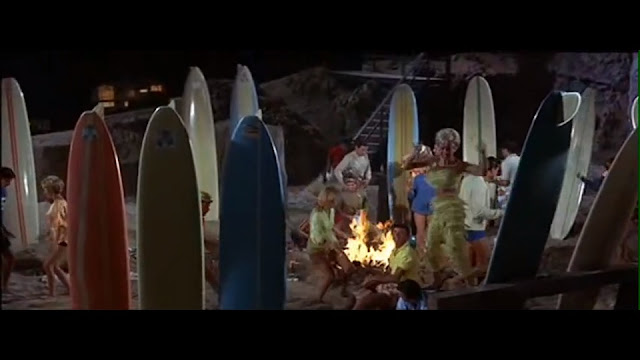 Delivered to us with pretty much the whole formula down pat, Beach Party is a pretty nifty beginning to a great series, and well worth checking out...
Posted by Chris Hewson at 7:51 AM