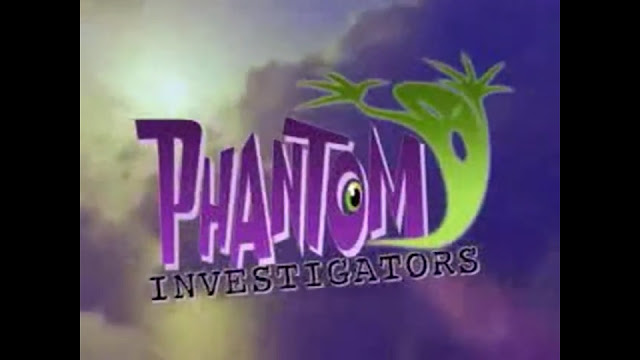 It's that time of year again for my good friend Emily Intravia's annual blogathon-The Shortening   for storytime! When I was a child, we were in a golden age of television, even if we didn't quite realise it at the time (sometimes you don't appreciate things as much as you should until later on, when you reflect upon how things were, what they're like now, etc). One show that I've always fondly remembered from this time is the unsung Phantom Investigators!... 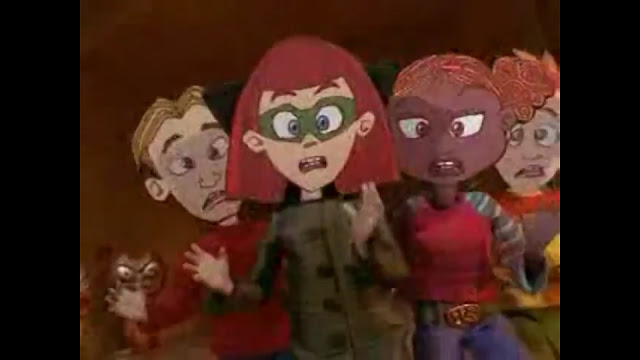 Every day there's a ghost or spectre of some kind terrorising innocent kids, and it's up to the four Phantom Investigators, Daemona Prune, Jericho, Casey, and Kira, to solve each case before it's too late, saving the world as well as satisfying their customers.  From demonic possession
Phantom Investigators was a short-lived series that came and went without much fanfare, but those of us who saw it never forgot. I only saw a bare handful of episodes as a kid, yet what I saw really stuck with me. For years I searched for it, without success. It's never had a VHS or DVD release, nor did I have any luck finding it online. Until recently! And I was finally able to see the series in its entirety. Hell, see it at all for the first time in 18 years! 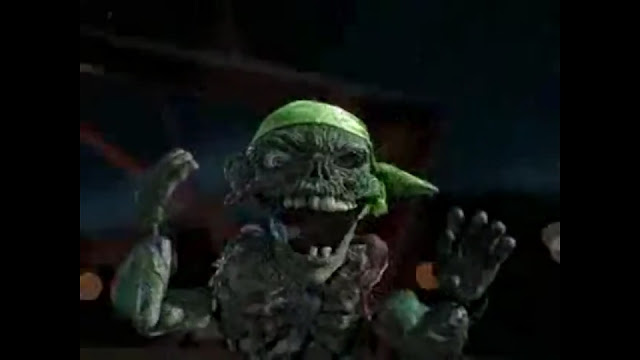 This is a highly enjoyable series. Fun, spooky, and well written, each episode   full of creativity. From the design and ideas of some of the monsters, to the ways the team beat them, the show is extremely imaginative. It's also light on cringyness that can be present in some kids shows, which is a relief. 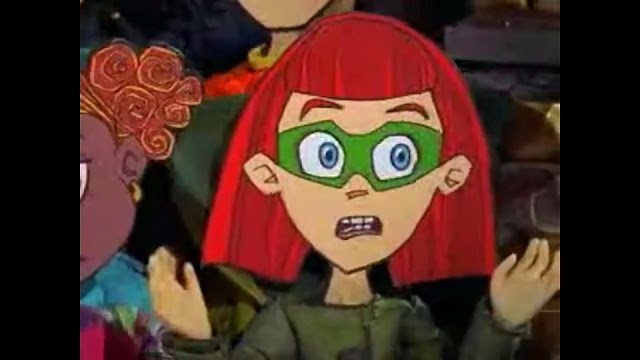 What also sets Phantom Investigators apart from other shows of its kind is the edge it has. Don't get me wrong, it's still a lighthearted kids show, but it doesn't shy away from darker elements, or genuinely effective bits of horror. Even though they're in the confines of a G-rated series, they don't feel held back or watered down. This attitude of never talking down to its audience really says a lot about its quality, and will endear it to young and old as a result. 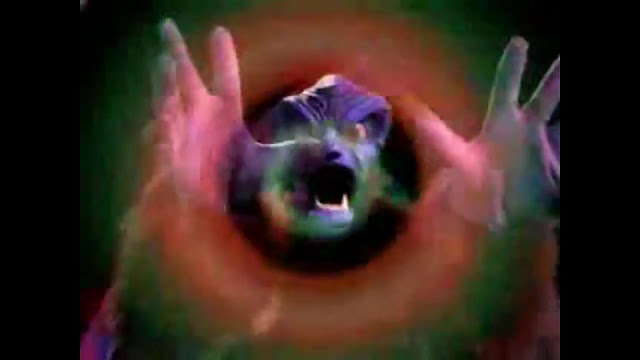 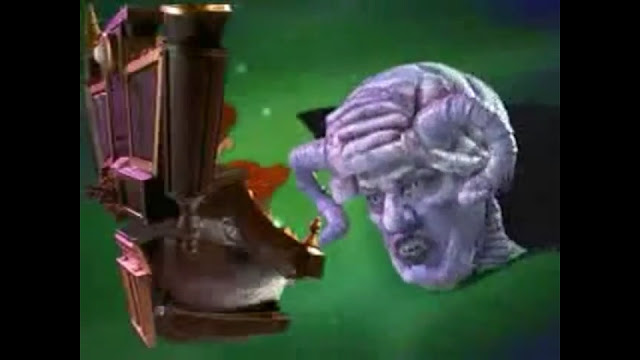 My least favourite episode has gotta be The Stall of Doom, not because it's bad, but because the characters are so snippy to each-other all of a sudden! I know it's part of the episode's overall message, bu still, it's annoying! My favourite episodes meanwhile are a toss-up between three. First is Haunted Dreams, which manages to be creepy in the same vein as A Nightmare of Elm Street, in a way I'm surprised a [kids series was allowed to show. Then there's Ghosts on Film, which is a love letter to old B-movies, as well as a neat story to boot. But my personal favourite has got to be the finale-Secrets Exposed, which entranced young Christopher, who thought for sure this show was just some stupid childish guff, when instead it turned out to be a surprisingly mature and layered] program! I so wanted to see what happened next after that ending phone call... 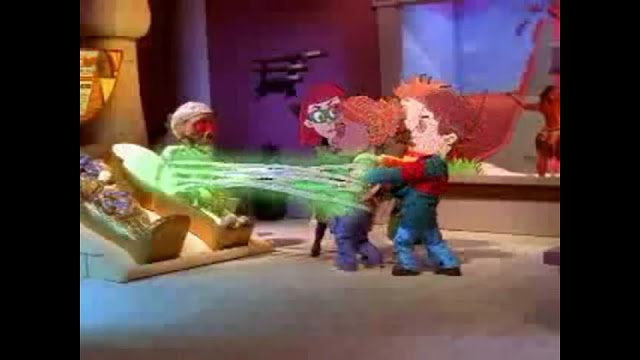 The characters are a nicely diverse bunch, each with their own unique traits. Daemona was my favourite, both in visuals and personality. I wish I coulda had a friend like her as a kid! Supernatural helpers Jinxy and Wad might be annoying to some, but they grew on me, and are good comic relief (especially in one episode with a hilariously Australian ghost koala). 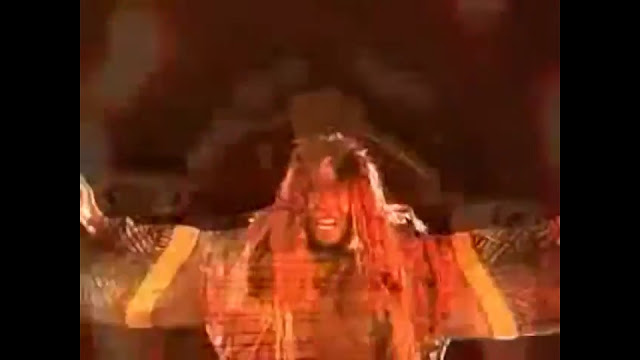 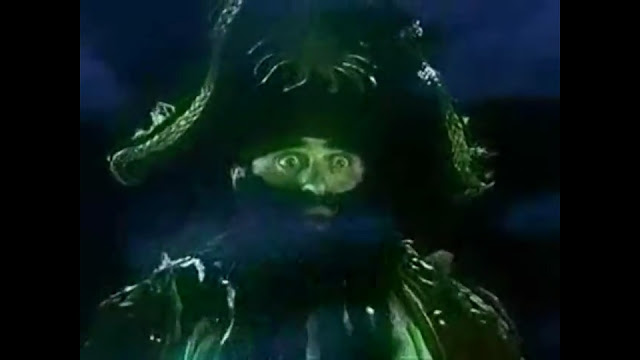 The animation is the most unique thing about this series. A combination of both stop-motion, puppetry, and live action, it's unlike most other shows. This may sound like a completely disparate combination, but it works very well. The flat cut-out characters integrate nicely with the environments and the live action actors.
The acting here is fun all round. The leading actors do great, and special props to Courtney Vineys as Daemona  The live action performers can get a bit goofy, but not obnoxiously so, for the most part. My favourite of the bunch was = as friendly ghost janitor Mustapha.
The music is a lot of fun, helping build an atmosphere of supernatural fun. It's always neat to listen to. 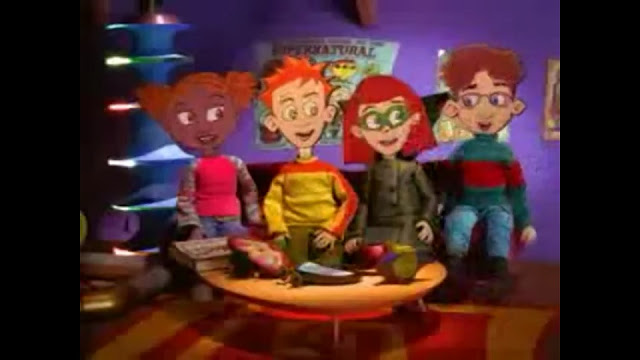 Phantom Investigators is a real diamond in the rough, and well worth checking out. It's a shame it never got a second season, and an even greater shame that it's never even seen a legitimate release, because this is a series that deserves all the attention in the world. If you're eager for spooky fun, look no further!...
Posted by Chris at 7:41 AM