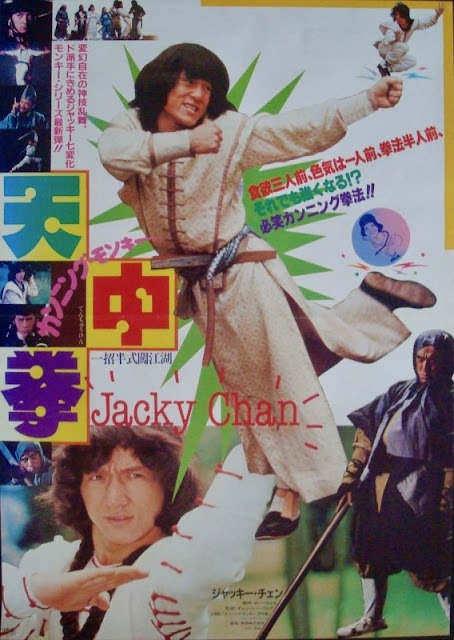 Jiang is a young rascal, who goes from town to town trying to get easy work, or easy money. Eventually he stumbles into trouble when spying on an evil witch, and when he flees he witnesses a deadly martial arts encounter. When the two fighters leave each-other dead, he assumes the identity of the famous 'Whip Hero', and ends up allied with a group trying to transport precious cargo through the land. But many vicious parties want it, and will stop at nothing. It seems only Jiang and his appalling attempts at kung fu can save the day... 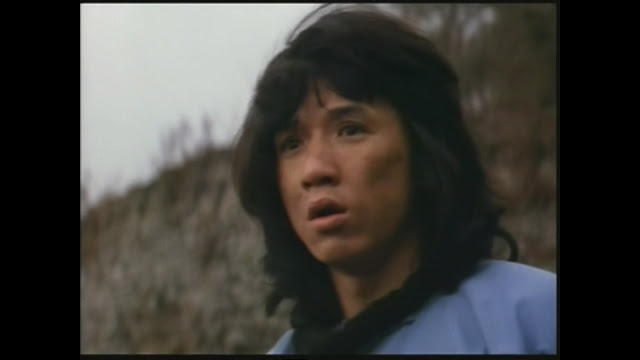 Half a Loaf of Kung Fu is one of Jackie's Chan's earlier efforts, after he'd managed to make a bit of a name for himself, but before his meteoric rise to fame, in China or abroad. As the amazing title suggests, this is one of the first comedies he did, and while it's not a total success, it's certainly a decent start, and as far as 1970s chopsocky goes it's fairly entertaining, if nothing special. 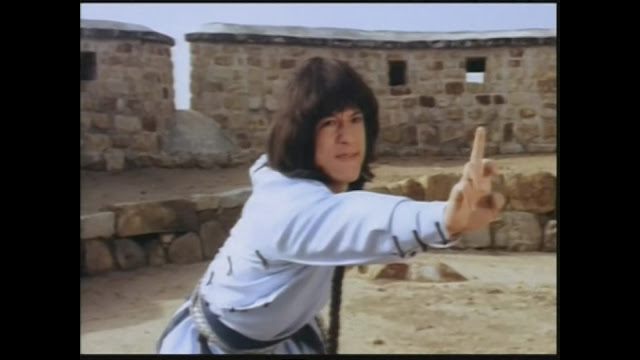 The film's biggest problem is that it's just a little disconnected, if that's the right word. The first act is predominately made up of Jackie arsing about, which is fine, but there are points where you'd wish it'd hurry up. It's at about the hour mark when things start coming together, and thankfully it's a culmination of elements that have been set up the whole movie, so while it may take a while getting here, at least it feels like a natural payoff.
The comedy in Half a Loaf of Kung Fu was a little hit or miss for me. Some jokes didn't land as well, while others had me laughing. It's never unfunny, it's just not as good, which is understandable for such an early film in Jackie's career. We are seeing his trademark sense of humour refine and develop as these films go on. 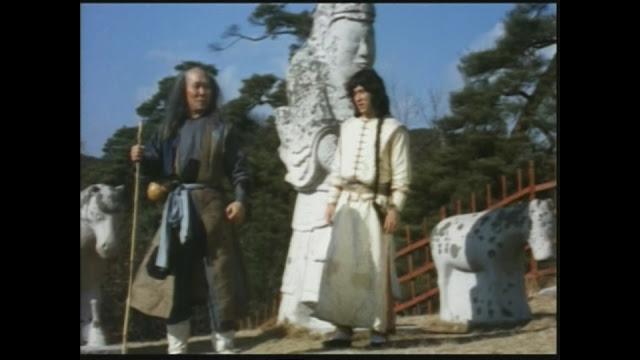 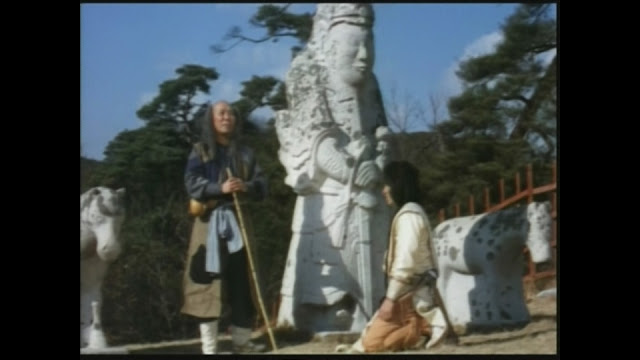 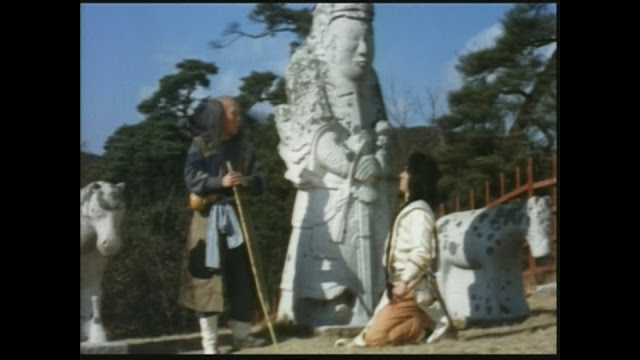 The movie undergoes a bit of a shift halfway through from a full-blown parody of the genre, to a more straightforward comedic kung fu story. This works pretty well, and while I wish it could've kept up the full-on parody all the way through, at least the movie doesn't go overboard with it.
The main hero is a bit of a scallywag, but in a fun way, and he possesses enough charisma and vague notion of talent to see him through his frequent battles, not to mention luck. The remainder of the cast are fun, even if they threaten to blend together at times. The two women are sweet, and are distinct at times, though some can be forgiven for thinking they are the same character (took me an hour before I realised that weren't). What the film really didn't need was two different vagabond kung fu mentors. I'd say ditch the older one, and keep the younger, who was infinitely more interesting. 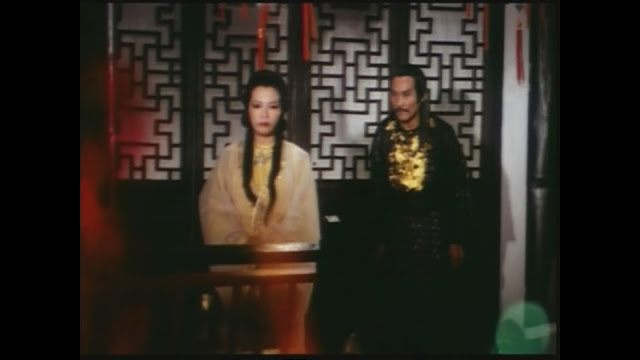 The villains are a bit overstuffed and underused though. And they seem to die with startling regularity. We never really have the time to get attached to any. The most distinctive is the witch, but she barely appears, never does anything magical (unless you count her super jumping), and dies anticlimactically, 10 minutes before the end. This just leaves one opponent left, and their equally abrupt exit actually had me laughing, feeling like a perfect joking take on a final battle. Of course, it's entirely possible it wasn't intended as a joke, but oh well, let's be generous.
The action here is pretty generic, which is to say that it's good, just typical of the genre. But you can see the beginning of Jackie's moves here, with his playful and freeflowing poses and strikes. I particularly liked the final fight, where Jackie is picking up the scattered pages of a fighting manual, and applying all the moves as soon as he learns them. 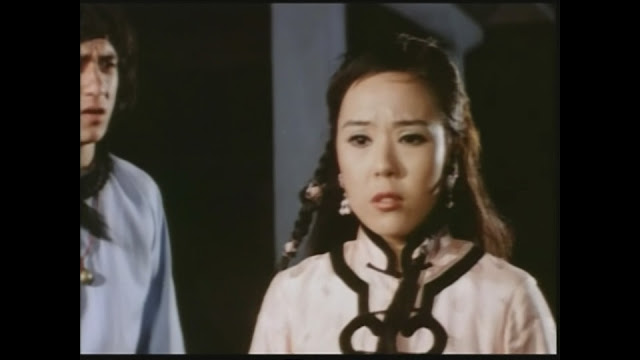 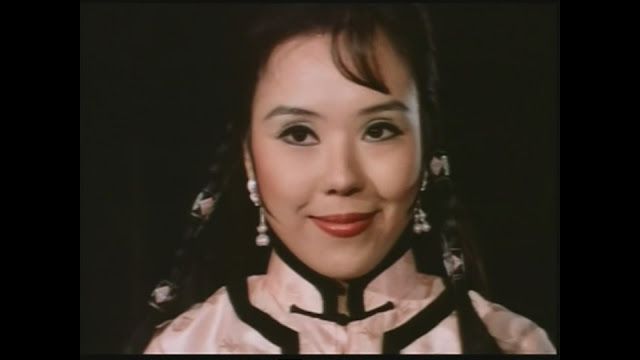 The climax is divided into two halves, in a sense. When we first see all the parties converge for a big brawl in a wide open field, that opened the terrifying possibility that Half a Loaf's final fight would be 38 minutes long! But thankfully this first bit is more of a teaser, giving us a little taste of what's to come, before coming to a premature end, after which various other things happen.
The final fight has all the characters return, as if instinctively knowing their entrances will look great on camera, and it's enjoyable, but none of the fights come to a real end! That's a problem all throughout the movie. Jackie and co. will be fighting someone, doing either poorly or greatly, and regardless of this, something random will abruptly kill the baddies, like a dart from afar, a fallen weapon, or a well placed spear. 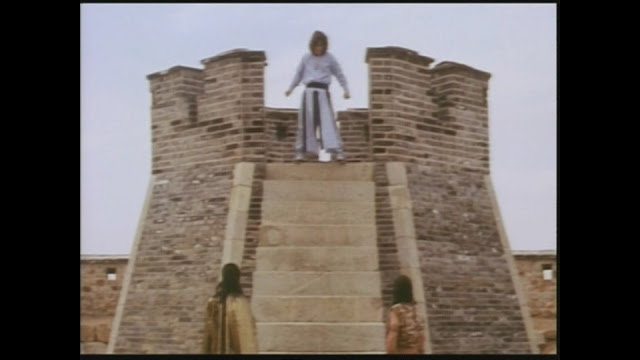 A common trope of kung fu movies is the Chinese people's habit of not satisfactorily finishing stories. Thankfully Half a Loaf of Kung Fu actually gets a proper denouement. It's not much, but I appreciate even a little.
The actors here are all fine, and none overdo it. Jackie is predictably enjoyable. I liked the two girls, who each brought a little something different to the table, and are often sweet, playful, or feisty. The villains are all entertaining too, namely the diabolical witch. A lot of the other actors blend together a bit, but no-one is bad, even if many are superfluous. The biggest crime of the large cast is that it's harder for people to stand out. 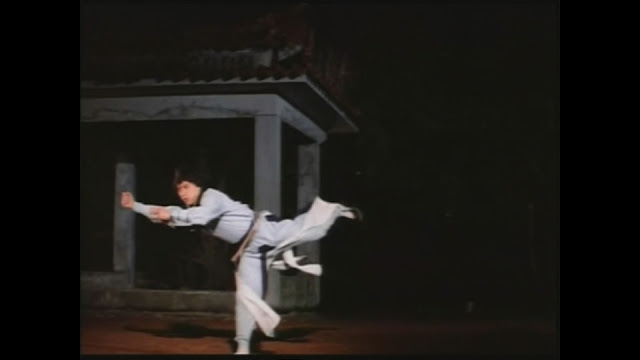 If you're looking for a fun martial arts flick, or Jackie Chan vehicle, Half a Loaf of Kung Fu isn't the best, but it's still certainly worth a watch. And come on, that title is irresistible!...
Posted by Chris Hewson at 7:51 AM