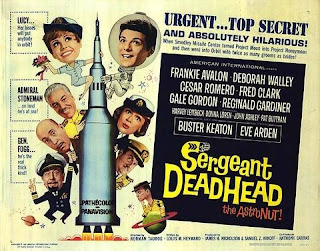 At a military camp, hijinxs are constantly afoot, with the amiable but clumsy Sgt. Deadhead always making some sort of trouble, and causing yet another delay to his upcoming wedding to Airman Lucy Turner. After a breakout from the stockade, he ends up in a shuttle by mistake, part of a top secret launch. Deadhead is ok, but the journey into man's last unknown frontier turns his brain inside out, and he's a different man when he comes back down, leading to all kinds of new mayhem... 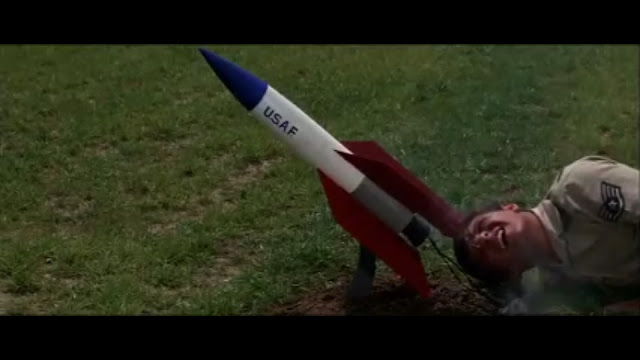 Sergeant Deadhead is an AIP Musical-comedy that came in the wake of the Beach Party series, and was all set to kickstart a new wave of military comedies, so the studio hoped. This never really came to pass, and it's unsurprising. If the kids have just gotten a dozen beach movies within 3 years, they're not gonna be keen to watch the exact same thing just with a different coat of paint. But that was then, in the moment. Looking back now, it is a shame we didn't get more of these. If Sgt. Deadhead is anything to go by, we could've had at least a few more to go round!
The story is a fun one, and is never dull or slow. It is a bit confusing at times though. The film suffers from uneven elements. Certain characters appear infrequently (the monkey included!), songs are infrequent, and the whole personality change is suddenly dropped, with the twin stuff suddenly dominating the plot. 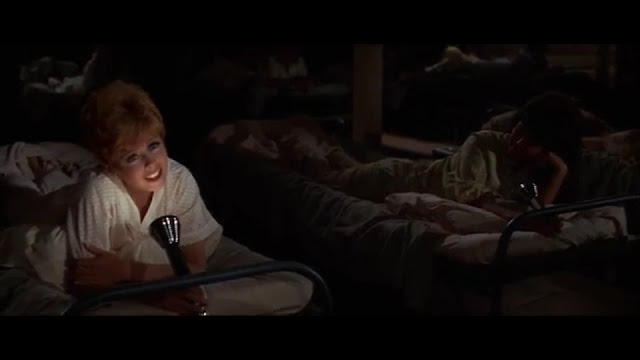 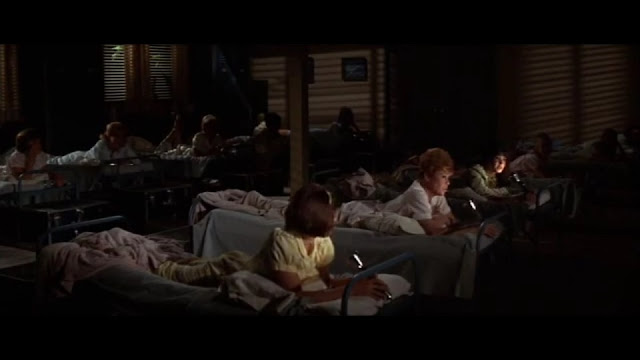 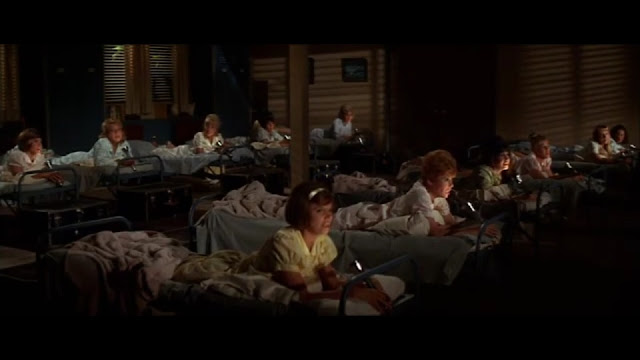 The movie focuses a lot on the then current topic of space travel. For the most part, the movie is fairly grounded, as far as goofy comedies go, but any sense of reality leaves once they get into space, and we see how space travel effects living things, mentally turning mice into cats and humans into monkeys. I mean, obviously, it's science, people! This whole approach is entertaining, fitting pretty well, though is dropped too quickly to make much impact. 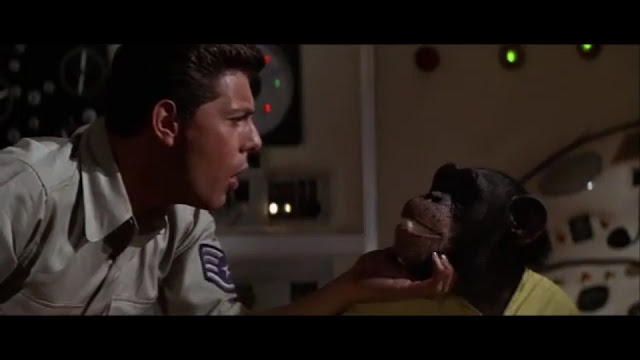 Sergeant Deadhead is often lumped in together with the Beach Party series, and was even advertised in the credits of How to Stuff a Wild Bikini, but isn't connected. It's got the same tone of course (although with extra salaciousness), and many of the same actors, but it's otherwise totally different, standing on its own well enough. It was originally slated to get a sequel, Sergeant Deadhead Goes to Mars, but this never happened. This may come as a shame to some, and a relief to others.
The humour in the film is mixed. Overall, it's perfectly fine. Plenty of laughs, and innocent enough as you'd expect from a 60s comedy. Other jokes don't land as well, and some may come across as cringy, depending on your point of view. The 'towel salute' scene is a great example. Some might get a cackle out of it, while others may think it verges on the = [gratuitous], and the joke may have worked perfectly well without going quite as far as it does. 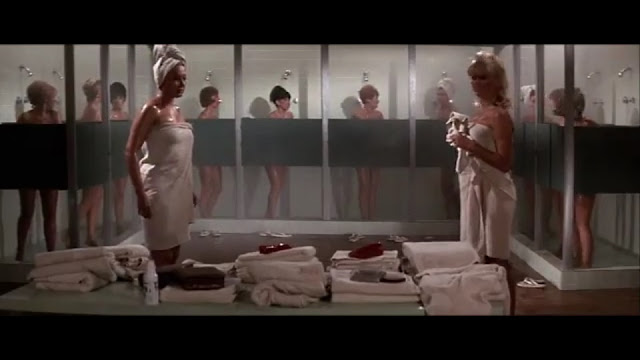 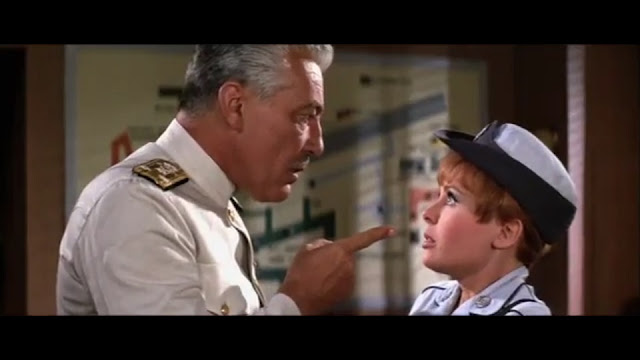 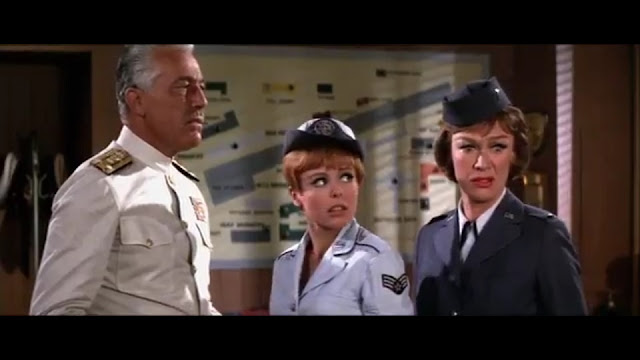 The acting here is a highlight. Frankie Avalon and Deborah Walley deliver fun and likeable performances. Not enough is done with the personality shift or 'twin' for Avalon to really have a chance to cut loose, but he's clearly able to have at least a little bit of fun. Eve Arden is perhaps he best performer in the film! She's witty, funny, and a master of pained expressions. Fred Clark is entertaining as the perpetually exasperated General, while Cesar Romero and the others serve similar purposes, and are an enjoyable presence. 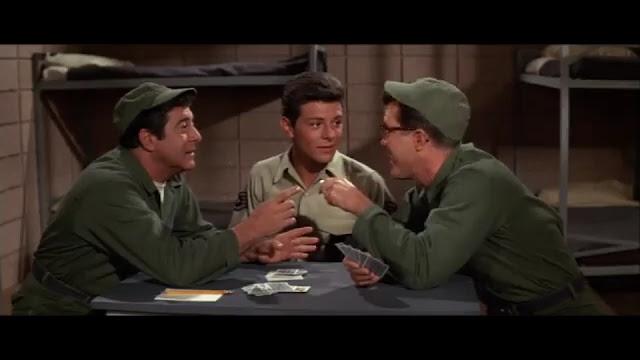 Harvey Lembeck and John Ashley both have supporting roles as fellow prisoners in the stockade, and they're both good. Lembeck is basically acting as Eric von Zipper again, albeit referring to others by their actual names, rather than "YOU STUPIDS!". 'Teen' heart-throb Ashley meanwhile is against type as a nerd. I've read some harsh critiques that say he totally sinks the movie, but it's hardly that bad! For a start he doesn't appear nearly enough to cause such drastic issues. Also, he's played fairly straight. It's not like Ashley plays the role really obnoxiously, he's just John Ashley in nerdy glasses and that's it.
And lastly, Buster Keaton has a trademark role here just as he did in many other films in the AIP teen cycle. He delivers a few laughs with his famous slapstick charm, and appears consistently enough at first, but he too suddenly vanishes after the half hour mark. 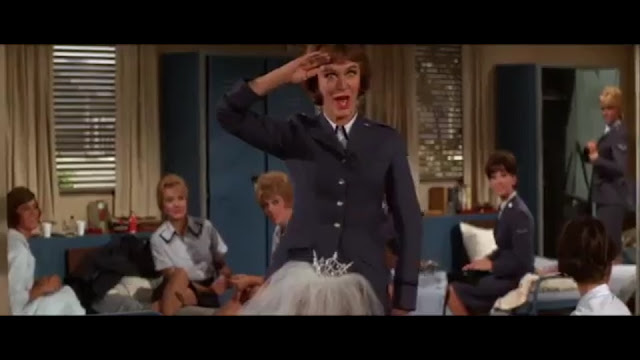 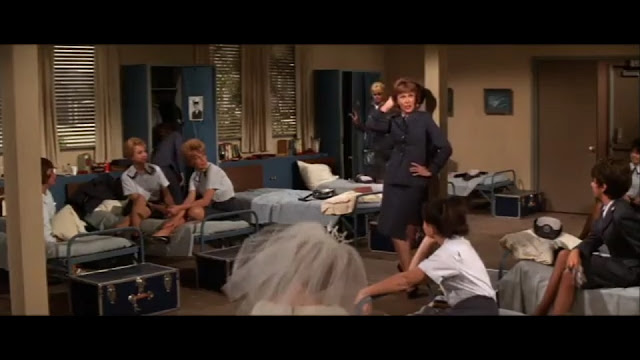 As I mentioned, the songs here are few and far between, with the longest gap between numbers being 40 minutes! As for how they rank, some are alright, some are pleasant, and others are hilarious. My favourite was by far The One That Got Away, sung by Eve Arden. A fab comic song, it has great witty lyrics too,   "I thought I had him, right on the hook, but then he took, another look", and other lines too perfect to reveal. The choreography is all neat, especially the creative torchlight song.
Onto the effects, they're pretty fun, and almost cartoony in a way. The rocket launch is a bit dodgy though. Not only is it obviously not the same rocket we see before, it's not even in colour! I suppose this is intended as a joke, and it's certainly obvious enough to come across as one, though whether it comes off as funny or just cheap depends. 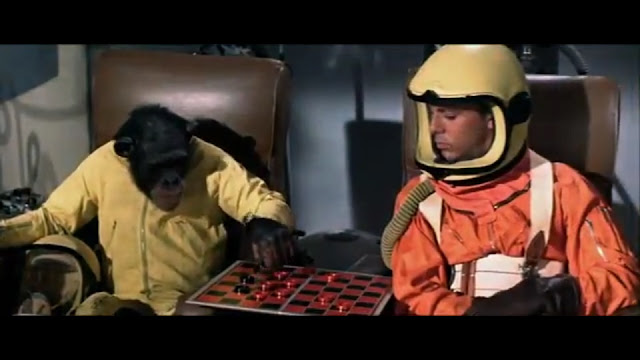 Overall, Sergeant Deadhead is a decent enough watch, certainly entertaining for those who enjoy good ol' 60s musicals. It's not the best, but also not the worst either. I mean it! Compared to Dr. Goldfoot, this is the Sistine Chapel of AIP teen flicks! So if you're in the mood for a quick wholesome military comedy, and you've run out of Enlisted episodes, this will definitely fix your appetite...
Posted by Chris Hewson at 7:50 AM