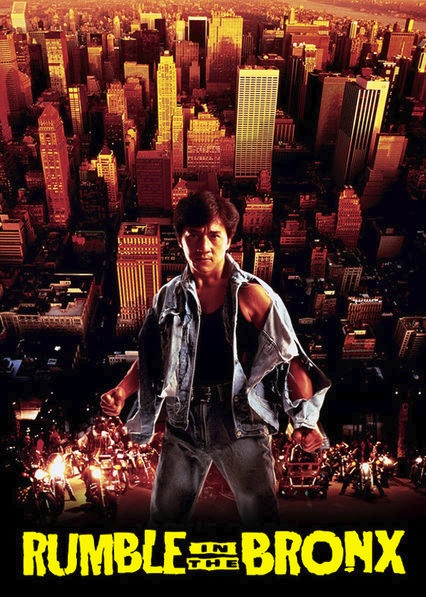 Jackie Chan had achieved much success in his homeland over the 70s and 80s, but still found difficulty in breaking through to the U.S. market. There were a few reasons, from bad luck, to America's unwillingness to watch anything foreign, as well as the general unpredictability of the market. But good talent is hard to keep down, and Chan eventually made it, with 1995's Rumble in the Bronx!... 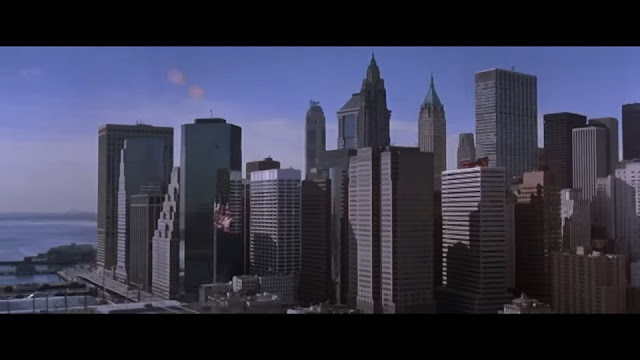 Keung is a mild-mannered young man freshly arrived to New York from China, for his uncle's wedding, and to help him sell his business (a struggling supermarket) to the attractive young Elaine. As he settles down in the area, he has repeated run-ins with a local gang, and after he stops the  they plan revenge. Jackie eventually makes friends with the volatile but good-hearted biker Nancy, and tries to make things work, but when one of the gangsters stumbles upon a stolen bag of diamonds, all hell breaks loose in the Bronx... 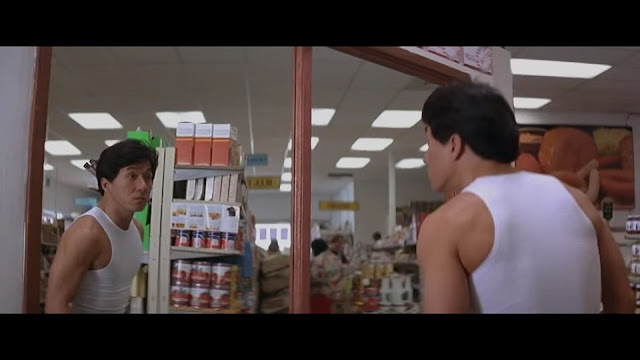 Rumble in the Bronx is great fun! A perfect example of Jackie's down-to-earth sensibilities and his trademark action, it's no wonder this was the best introduction for American audiences.
The plot here is fairly basic stuff, but with a few fun twists and turns. What little story there is may only be an excuse for extended action and chase sequences, but they never take up too much time, and the story never feels too thin. I really dug the direction it took in the last act too, which had a unique message.
Unfortunately the film has an abrupt ending, which didn't really resolve anything beyond the bare basics. Did the supermarket get rebuilt? Who gets together with who? the movie never bothers to explain. 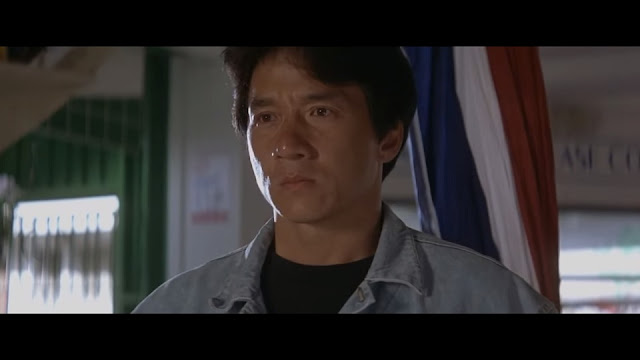 The tone of Rumble is also a bit mixed in places. For the most part the movie nails a balance of humour and action, with the comedy never hampering the stakes of the story, nor the movie ever getting too serious. Where it started to skew a bit was in the last act, namely in the supermarket's destruction. It's an insanely memorable scene for sure, and it really is a marvel to witness how a building like this can turn to rubble so quickly! But it's also a total downer, that after a whole movie of protecting the darn place, it just gets torn to pieces like it's nothing, and all for a scene that's half-played as a joke too.
I also disliked the woodchipper scene, which felt gruesomely out-of-place in such a movie. In a Sonny Chiba film, sure, bring on the [woodchipper] gore! But here it was a bit of a downer! And this last point is a bit of a nitpick, but I felt like some of the triumph of the ending is robbed by the villains having guns, meaning the heroes almost get themselves killed just to embarrass the main baddie. It's things like this that can just take you right out of a movie. 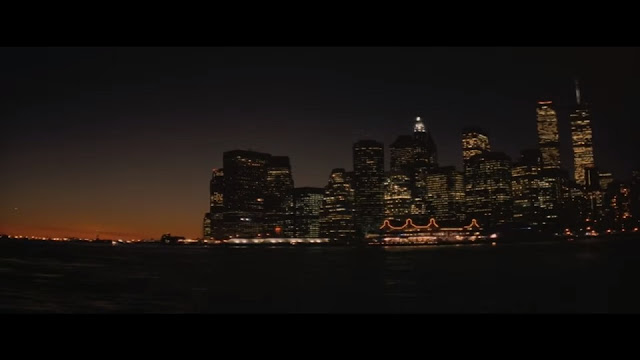 The characters are a nice and varied bunch. Keung is a reliable hero, and fun to follow, always knowing best, even if he does screw up a lot of the time. It's to be expected! His extended family is great too, giving plenty of laughs to the first act. The women of the movie each have their good qualities. Elaine is a cute, mature, and demure business owner, who develops a fun rapport with Keung through their meetings. While Nancy is potentially the more interesting of the two, albeit also more bitchy. She does make up for her early actions though, and becomes a great sidekick, with a nice relationship with her little brother that gives the movie some heart.
Who gets with who is a tough question. Based on their chemistry and bond, you'd expect Keung and Elaine to become an item, but then she disappears for large stretches, and he instead develops kind of a thing with bad girl Nancy. Either relationship is fine, but it's like the movie can't decide which to focus on, so neither really get the attention they deserve, and we don't find out who he ends up with by the finish. 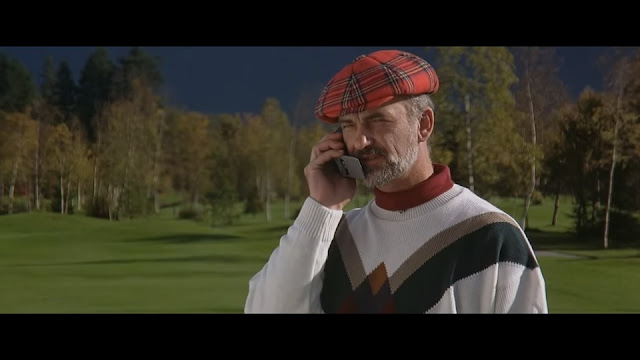 The main villain of the film is ultimately the crime lord White Tiger, and he makes for a good final opponent (with a perfectly fitting punishment), but for the majority the bad guys are the local hoodlums, who make life difficult by either shoplifting from Elaine, hosting illegal bike races that almost total Keung's car (and every other one in the street), or actively trying to beat him senseless.
What really impressed me was what ultimately happens to them. You'd expect them to just stay villains, but after beating the piss out of them for the umpteenth time, this time at their hideout, Jackie makes a surprising proposition, and he really means it too!
The actors all do fine jobs. The dubbing doesn't get in the way too much, and delivers some amusement. Jackie Chan is a fine lead as expected, equal parts badass and goofy. Anita Mui and Francoise Yip are great female costars in different ways, while Mark Akerstream and Kris Lord make for good villains, among others. By far the best actor was Carrie Cain Sparks as Uncle Bill's new wife. She was a delight, and it's a shame she disappeared so early on! 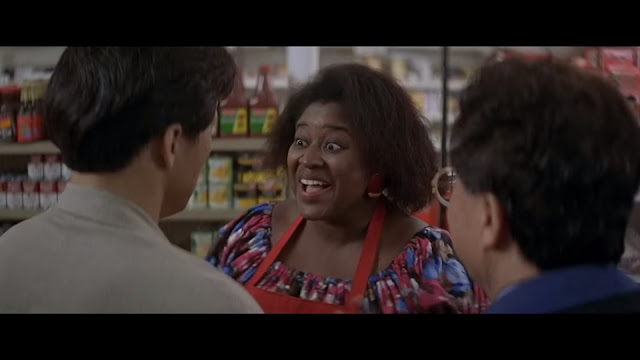 The action and acrobatics in Rumble are fantastic, with a plethora of well-choreographed battles that keep you engaged throughout. Between the regular fights, or the stunt-based setpieces, no two moments ever look the same.
This all culminates in a spectacular climax, where among other things, Jackie takes on a hovercraft all by himself, and wins! Not without taking a battering though. Chan underwent a lot of injuries during the production, namely a broken foot when he kicked the hovercraft in the wrong way, and since he's a madman when it comes to his craft, he just painted the foot the colour of his shoe so he could keep the cameras rolling! 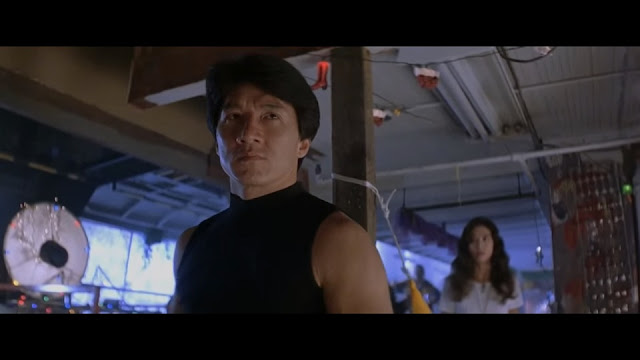 This is clearly a production with a lot of money behind it. The setpieces all show off some kind of destruction, none moreso than the store being pulled down. The movie is never unconvincing
As the title suggests, Rumble in the Bronx was filmed in Vancouver. Cheaper than America of course. While there are certainly little indicators that it's not really filmed in New York, which a local is sure to pick up on, there's nothing really obvious, and to a devil foreigner like myself, all North American cities look the same anyway. The sets are all convincing, from the local stores, to the grungy alleyways, nightclubs, bays, and golf courses. There's a real variety of locations here. 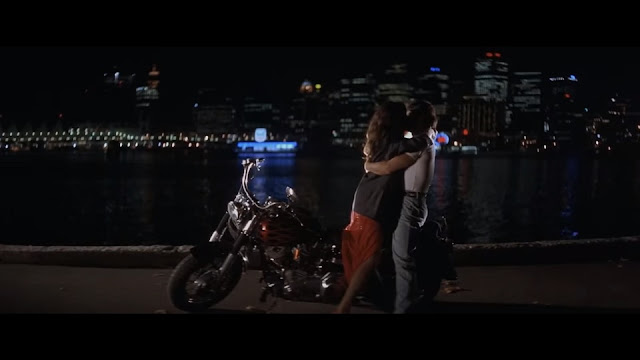 Overall, Rumble in the Bronx is prime Jackie Chan material, and a great place to start, if for some shocking reason you've never before seen him before. A nice simple watch where you get to switch your brain off and see Jackie kicking ass!...
Posted by Chris Hewson at 7:24 AM