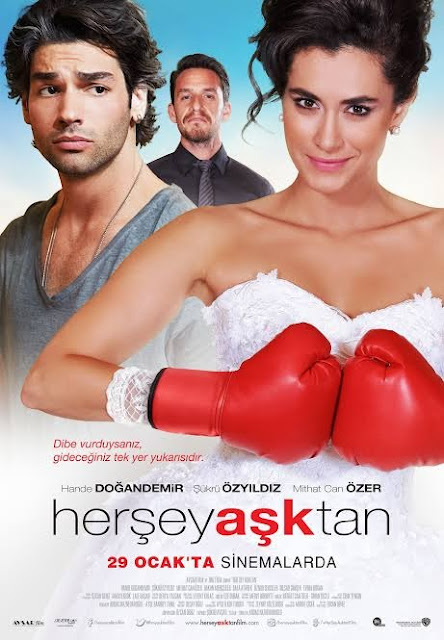 Excited and frivolous bride-to-be Pelin is in the shock of her life when she discovers her fiance Iker in bed with another woman. Dumping him immediately (and trying to stab him, as one does), she soon finds herself deep in debt, on top of her already broken heart. She begins working another job at a local cafe, where she gets to know the witty drummer Burak, who at first she doesn't get along with, but with his help Pelin is gradually able to open up, and begin fixing all of her problems... 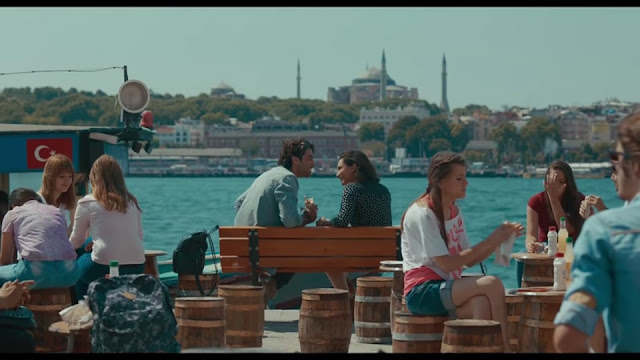 Her Şey Aşktan gets off to an energetic start. It's a weird movie, with lots of bizarre artistic flourishes, and a scatterbrained nature that may leave you reeling. It was almost a bit overwhelming at times, but thankfully the movie gives you time to rest.

As the movie progresses, this bizarre nature starts to recede, and while I did miss it, I felt this worked well with the tone of the second half, and ensured that the film never got old by the end. 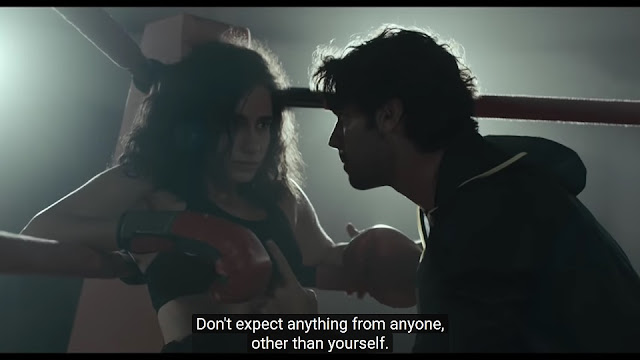 The romance here is very well developed. In so many romances, characters fall in love at the flick of a switch. Here though we see the relationship develop naturally from initial hostility, to sincere friendship, to romance. These two don't fall in love because the script says so, but because they get to know each-other, consistently enjoy each-other's company. One downside is the inevitable third-act break-up, because of course that was gonna happen. Thankfully it all makes perfect sense in the story, and is quite subtle with what's happening, but it's still so sad! These developments always are. The movie never gets bogged down with the maudlin stuff though, and it of course ultimately has a happy ending. 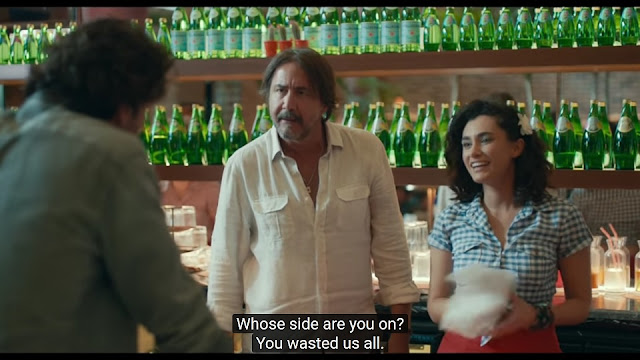 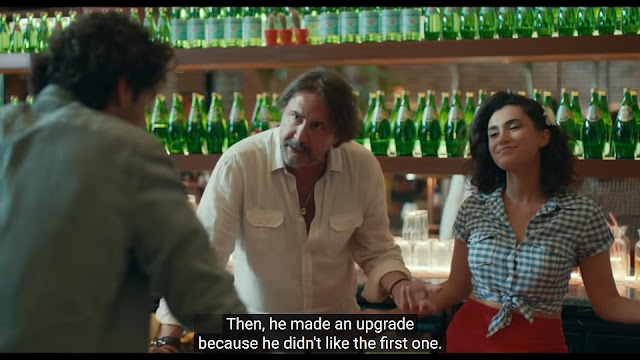 As the film progresses, we get these fantasy cutaways to a boxing ring, where Pelin is fighting her ex, with varying degrees of success. The metaphor here is well handled, and gotten across effectively. Overall, I feel the story teaches some very good messages.

The characters in Her Şey Aşktan are a real high point. The lead character Pelin is fantastic. She starts off as totally loony, but in an endearing way, and as she goes through seback after setback, you feel bad for her, but rejoice/cheer in seeing her continue, and grow stronger. Her quirkiness never overpowers the film, and never goes away entirely, thankfully. 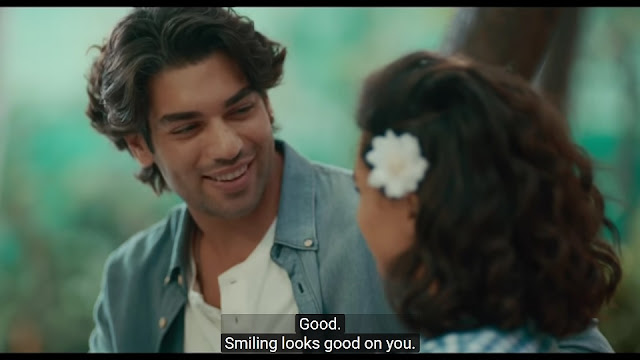 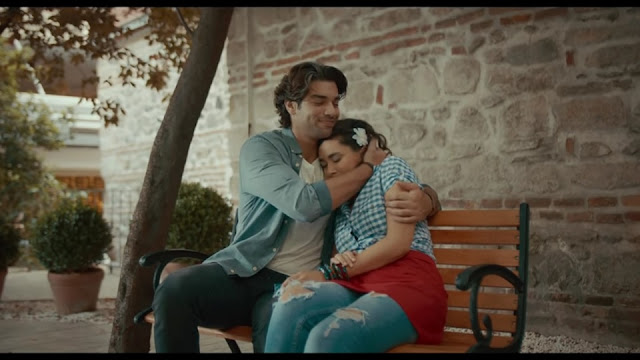 Burak is a fine romantic foil. Wise beyond his years while also not being infallible, he's a nice presence and you really get why Pelin falls for him. Anyone would!

His backstory is strong. I especially like is how the movie sets up the = between him and his fathe, and doesn't make it an integral plot point later down the track. I don't mean to say the movie built up something, then ignored it. Rather I feel it did the right thing. It's nice when we see = and they don't always play a convenient role in the present story, as if everything important always happens at the same time in the 90 minute window we see. Sometimes them simply being there is enough, and they can be stronger when they don't interact with the main story. It adds further depth to the characterisation.

Pelin's group of friends are an equally crazy bunch, with no two alike. They help carry the film along, and provide a lot of levity. They're likeable throughout, and always loyal. Burak's frend Mazhar is a great addition to, interacting well with both the main leads, and others, adding some extra heart. 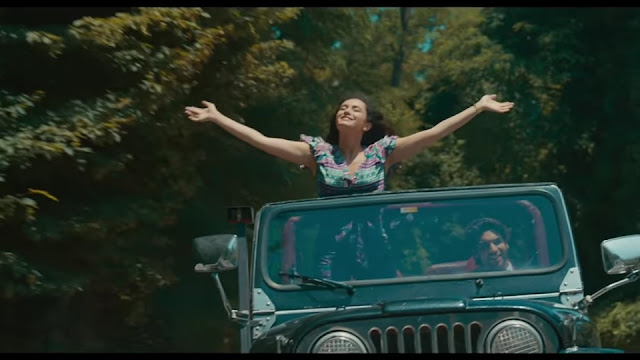 Pelin's treacherous ex Iker is well written in how much of a scumbag he is, in ways both overt and subtle. He really is a piece of work, and even if he's telling the truth about not cheating on Pelin, he's still a bad person, and a terrible match for her (or anyone, frankly). Controlling, passive-aggressive, and unwilling to take no for an answer, he's also simultaneously always trying to win Pelin back, yet ultimately cares nothing about love. Just [passion].

Even minor characters here leave quite an impression, such as the [conniving] psychic, who at first seems eerily accurate, until we see how he really operates. Whether he gives good advice anyway remains to be seen. 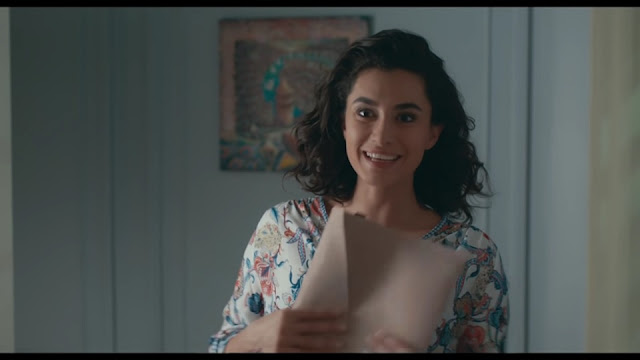 The acting here is very good. Hande Doğandemir is a great lead, getting across a ton of different emotions. It's all down to her along with the strong writing that really causes her character to grow before your eyes. The one in this film who impressed me most was Şükrü Özyıldız. I last saw him in Sevimli Tehlikeli a couple of years ago. There he played a 'bad boy' with a heart of gold. Here he delivers a much different performance as the soulful romantic Burak.

Lastly, the score here is neat! There are fun electronic beats, as well as other tunes, and some good Turkish songs here and there, as well as some pop culture staples. 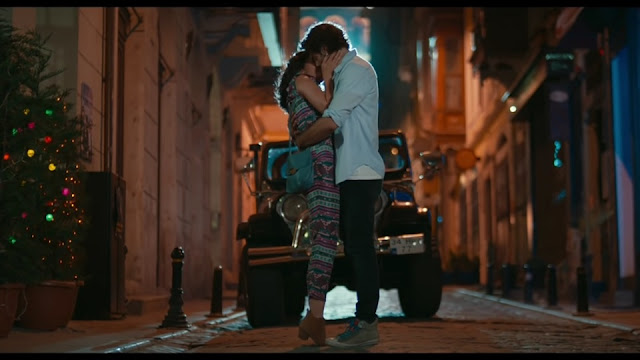 There are lots of jokes about all Turkish romantic films being the same, and these are absolutely true (hey, if it works, why change it!), but when it comes to Her Şey Aşktan, this truly feels different and unique. If I had to choose between this and Sevimli Tehlikeli over which was better, I probably wouldn't be able to answer. Both are so good in different ways, and both feel like two utterly different films on the best way. I guess the moral of the story is that not all Turkish romances are the same, and some are worth seeking out...
Posted by Chris Hewson at 8:51 AM