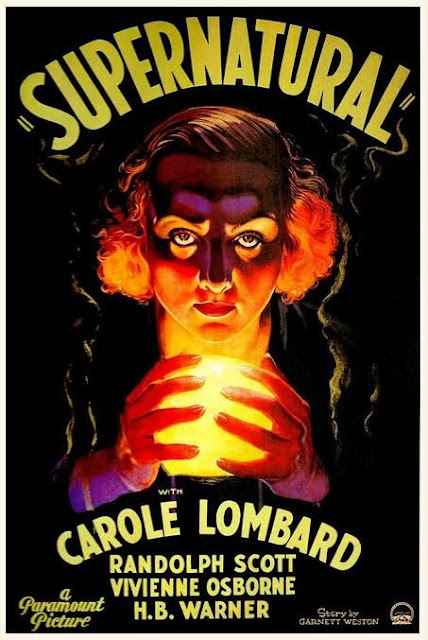 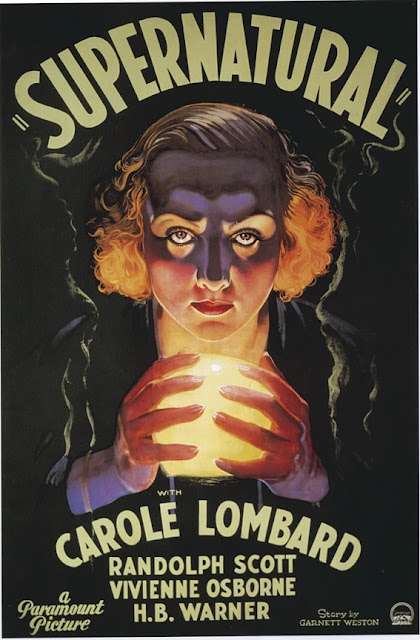 Notorious black widow Ruth Roge has been sentenced to death, and in her final days she keeps insisting on seeing a man before the end-Her supposed accomplice. He never comes, and her execution happens right on schedule. Meanwhile, young heiress Roma Courtney is mourning the loss of her elder brother. Phoney spiritualist Paul Bavian sees opportunity knocking, and decides to try a new operation on her. After a seance gone wrong, Roma undergoes a change, and it soon becomes apparent that Ruth's spirit is still around, and intent on getting revenge on the man who abandoned her to die-Bavian... 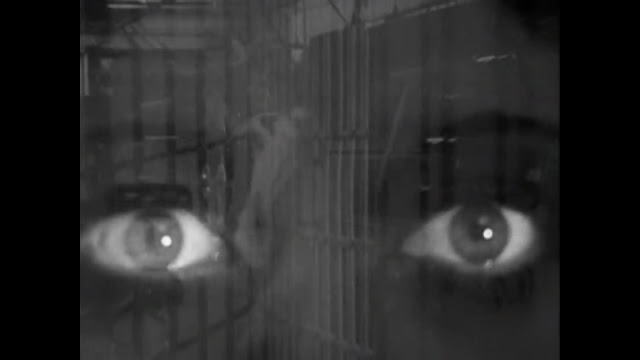 Supernatural begins in a very striking way. We're shown a very effective montage that tells us everything we need to know to understand the story's set-up, and in this short minute, we get a solid picture of murderess Roth Roge's psyche/mind.

After this, the movie doesn't really settle down, as it shows us a whole bunch of different [things], and introduces us to a ton of new characters. This means we don't even see our heroine until over 15 minutes in.

The movie's never boring, and there's always something/plenty happening, but the wrong things. 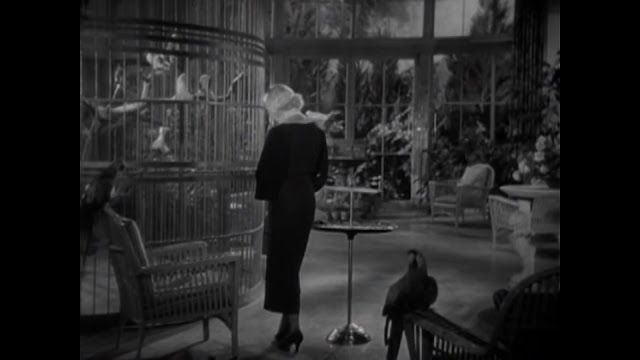 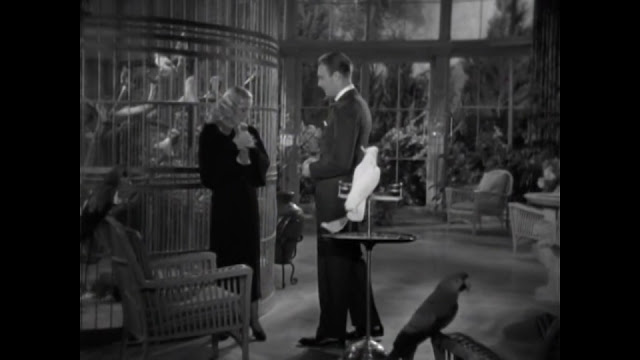 Ironically, for a movie with so many little things all going on, there's ultimately very little in the way of a big plot here. It's literally just 'Ruth wants Bavian dead'. She gets possessed about 40 minutes in because the movie would've been over too early had it happened sooner. There are no twists or turns. She =, and kills him. That's it. I wish the writers had trimmed the movie's fat a little, and injected a bit more life into the =.

wasn't necessary, but it does add  and allows for = things to happen before the supernatural spooks 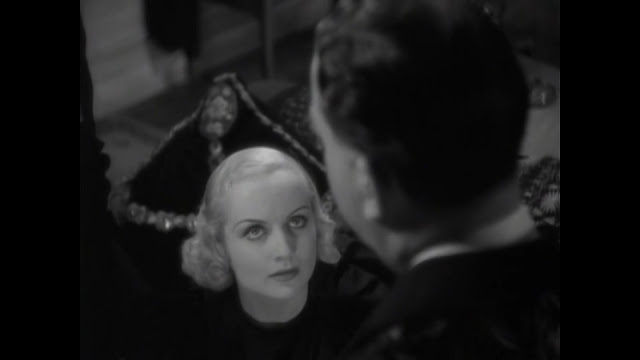 Something the movie suffers from is having two villains. This simultaneously makes Bavian's death something to be prevented, but also something that has to happen, because he's just as bad as Ruth. But if he does die, that means the other villain has won, getting everything she wanted. Perhaps this problem wouldn't have been an issue had Ruth been innocent the whole time, or vice versa.

He isn't immune to idiocy either. He either immediately falls in love with Roma, or thinks that trick will work on her, and he's completely oblivious to her acting exactly like Ruth, taking him to her apartment, saying things she couldn't possibly know, an exuding a hostile and suspicious attitude all round. 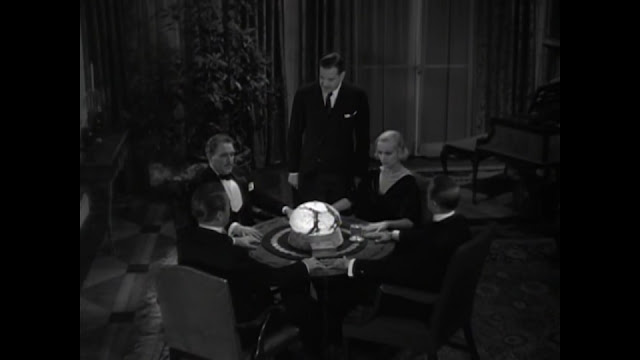 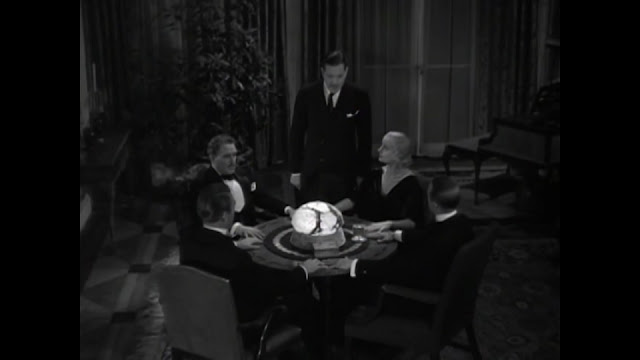 Family friend Dr. Houston is also a total dope. He seeks to contain Ruth's spirit (based on some pretty flimsy logic, that whenever a murderer is executed, there's always a series of copycat murders caused by their angry spirit), but somehow does the exact opposite. Whoops!

The acting in Supernatural is good all round. Carole Lombard is perfectly serviceable at first. Fine, but the script never really gives her character any meat to sink into. This all changes when Roma is possessed, and Lombard is finally able to cut loose and =. She reportedly had misgivings about being in a horror movie, feeling comedy was her better wheelhouse. I'd be inclined to agree with her, but she does eventually find her footing. 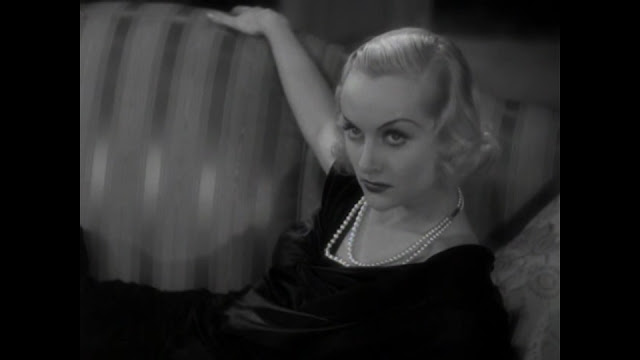 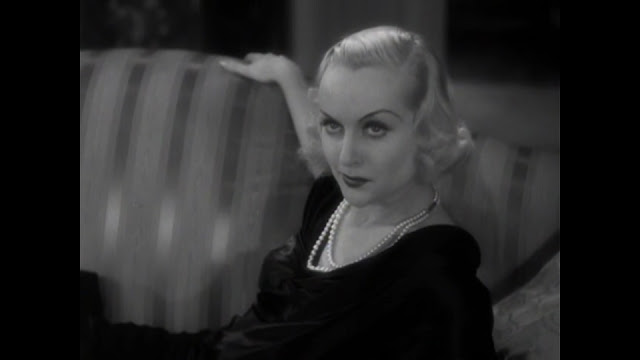 Randolph Scott is a typical milquetoast leading man. Handsome, dependable, and utterly unremarkable. William Farnum as Hammond goes a little beyond someone you love to hate, and more just plain annoying. I wanted to smack him so much! [It's a mercy then that he dies], though I was very confused regarding Bavian's plans with him. Did he really kill Roma's brother or not? And why did Bavian kill him?

Beryl Mercer is a ball of fun as the demented landlady, but overdoes it a little near the end of her screentime. Alan Dinehart is an alright villain, kinda feeling like Lon Chaney Jr. in one of the Inner Sanctum movies. H.B Warner meanwhile straddles the line between calm family friend and confidante, and mad scientist. 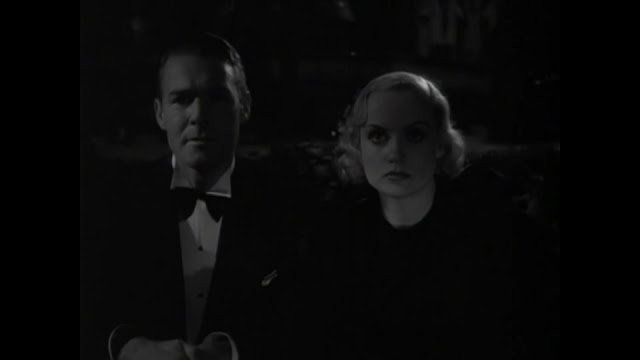 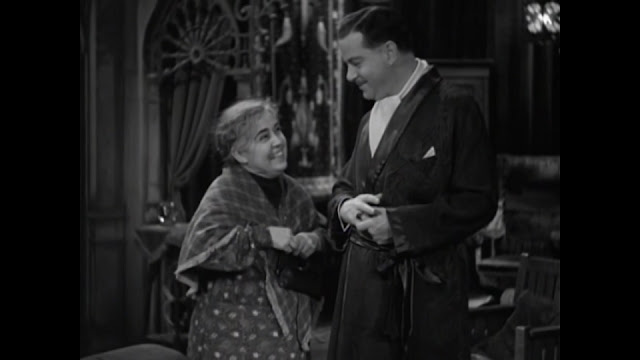 Supernatural is directed by Victor Halperin, of White Zombie fame. This is apparent in the first minutes, as we see the trademark/iconic disembodied eyes (albeit not Bela's this time).

Other random oddities about the film include the three (three) quotes at the beginning! One from Confucius, the Bible, and a line from Mohammed about bringing the dead forth from their graves.

While it may not be hailed as a classic, Supernatural is a decent little horror film, and it's always nice seeing actors work/play outside of their wheelhouse. Seeing Carole Lombard in a horror film is a golden idea, and while it takes a while to truly get us there, this movie certainly lives up to the promise... 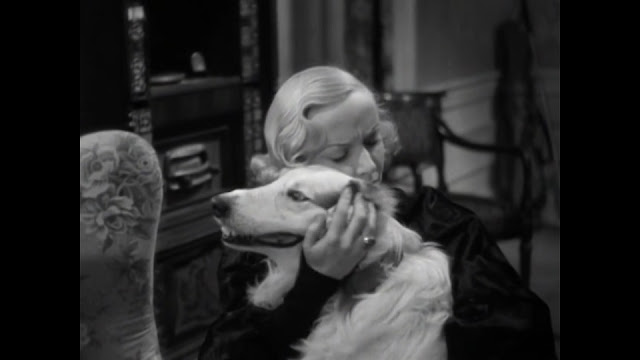