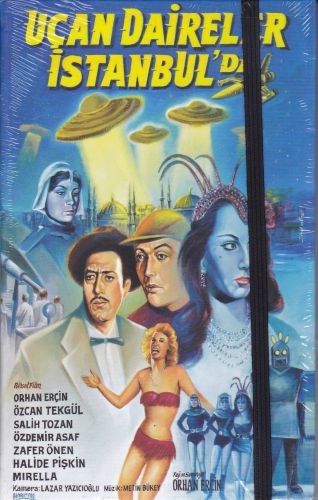 Science fiction in Turkey may have names such as Turkish Star Wars attached to it in the minds of foreigners, but to locals, it's quite a popular genre after the success of the 2005 picture G.O.R.A. With this in mind, it was seen as a miracle when long-thought lost film Flying Circles/Saucers Over Istanbul was discovered, intact! A lot of classic Turkish cinema remains, but a sizeable chunk is still missing, so it's always heartening when victories like this happen, and makes one hopeful for what will be discovered next. Hopefully Turkish Batwoman! Or the rest of the Kilink films! I wanna see him battle Frankenstein, is that too much to ask?...

Clumsy and uncouth journalist and photographer pair Şapşal and Kaşar stumble upon a flying saucer in the middle of Istanbul after a wild tip. The duo are immediately discovered by a group of female aliens, in need of virile young men to repopulate their planet. They come to the erroneous conclusion that these two are the cream of the crop that Earth has to offer, and after an unwanted engagement, proceed to assign them on a mission to find more men... 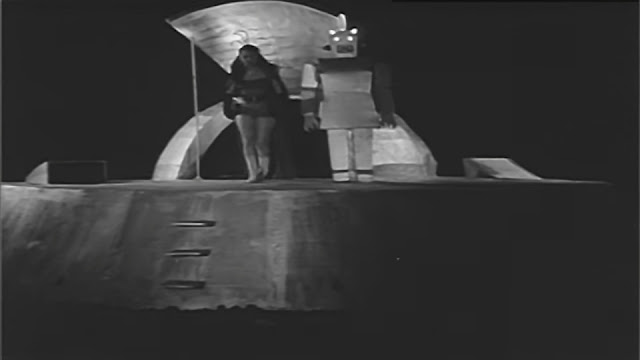 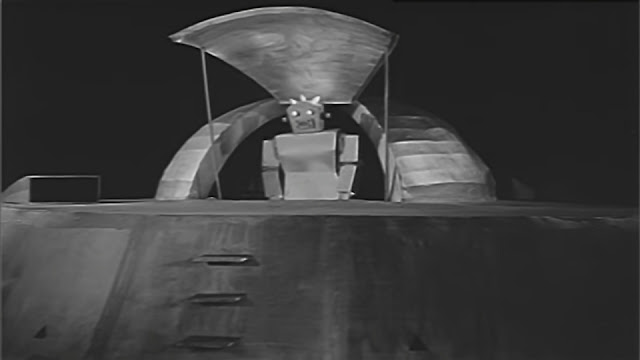 Uçan Daireler Istanbul'da is slow to start, and it's not much better once it gets going. It's a shame, because the movie's honestly got some creativity to it, but it just squanders it. It's your typical sci-fi film about a bunch of alien women coming to Earth to replenish their supply of me, somehow having run out of them. These pictures were dime a dozen back then, and they ranged from entertaining, entertainingly bad, shockingly sexist, and an all round amusing time. It's honestly quite surprising the reach this sub-genre had! All the way from the U.S. to the Arabic world, Turkey, Pakistan, and even Scotland! 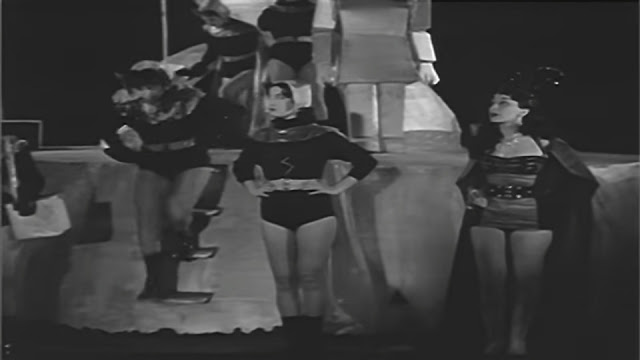 The biggest problem here is that of story. It feels at times like there are two different plots vying for attention. There's the fun one with female aliens trying to assert dominance and kidnap males, and then there's these two newsmen messing about at a chaotic old ladies club. The stories could've easily gelled together I believe (God knows there have been enough movies like this for us to know that), but here the hijinx of the leads and the long stretches without aliens makes the plots feel distant from each-other. They take 15 minutes to appear (which might not sound like much until you really the film's barely over an hour), then vanish just as quickly for another 20 minutes. These opening minutes feel so slow, because you're wondering when the aliens are gonna show up, and feel as if you put in the wrong movie by mistake. 'No, no, I wanted Abbot and Costello Go to Mars, not In Hollywood!'. 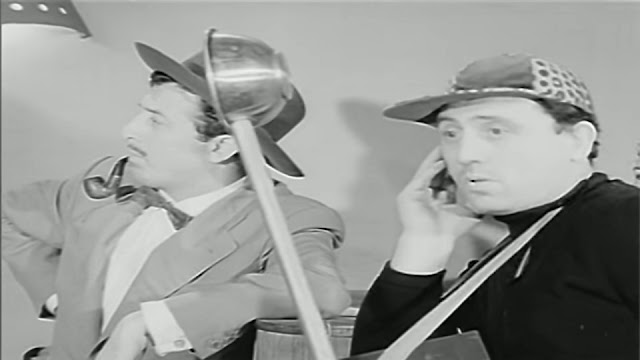 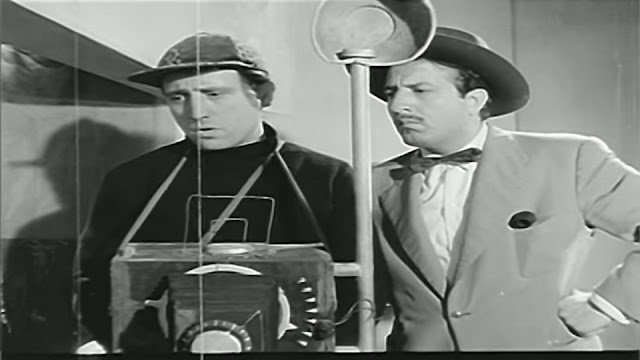 When they actually appear, the alien women are a fun bunch, but that's just it. When they appear. Sadly this isn't a case of less is more. Their long absences don't feel natural to the story, and it's as if the production could only afford this bevy of babes for a limited time

The ladies club where the majority of the film takes place is pretty fun. You've got this gaggle of ultra-rich businesswomen who have everything they need, except for husbands, and nobody will come near them with a ten foot pole. Naturally the idea of aliens with an elixir of life gets them interested! 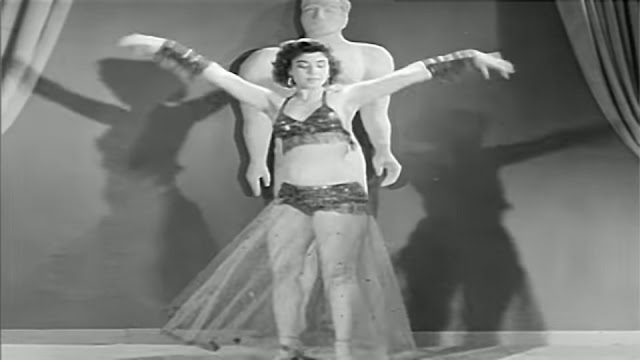 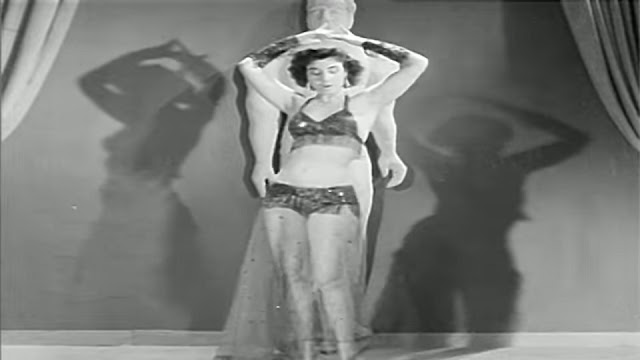 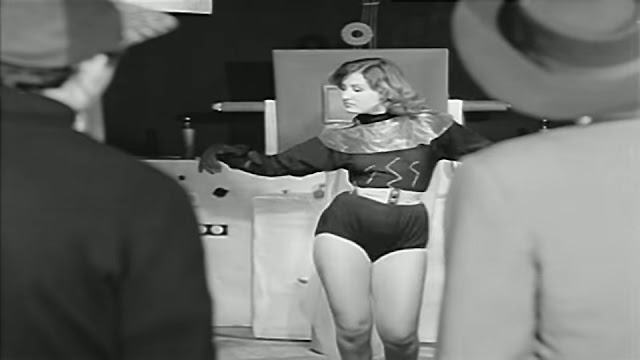 One notable part to the movie is the bizarre and out-of-nowhere presence of Marylin Monroe! A version of Monroe who just so happens to be perfectly fluent in Turkish. Well, they did say she was a secret genius after all! We get a couple of funny jokes from/at her, so she doesn't feel too unnecessary.

Uçan Daireler has very little in the way of twists and turns    spend the next half hour trying to sell the thing, get reprimanded by the aliens, and then they're sent back out and the dumbasses immediately begin trying to sell the thing again! Then the whole thing just devolves into a casual dance, and   That is at least explained, but the ending as a whole is rushed and not very satisfactory. There's no big shock or diversion, meaning nothing that happened had any real weight behind it, or any reason to happen. It was just wasting time before the inevitable. 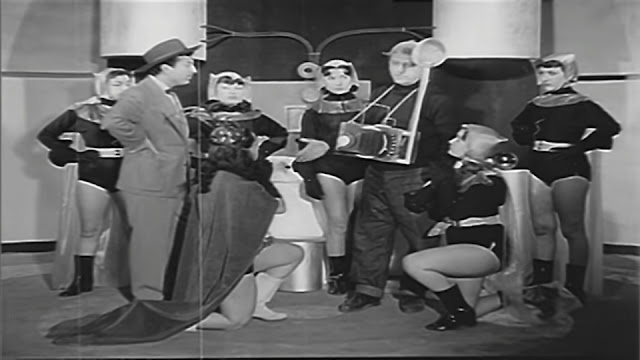 These kinds of movies usually revolve around the battle of the sexes. This is usually entertaining, and is really a perfect fit for Turkey, since it's an acknowledged fact that all Turkish men are perverts (you can't argue with the truth, erkekler). Uçan Daireler though doesn't really focus on this aspect at all. This means that it's not sexist at least, which is a plus,though it would've been fun seeing more of a dynamic.

The film has a distinctive Turkish feel. This is good, as while these kinds of plots never get old for me, it's important that each entry from other countries feel unique, and do things only their country would.

The comedy here is pretty weak, but some of it elicits a minor chuckle. What surprised me is that the films gets away with some things you couldn't have in America at the time, like frank depictions of boozing up and its aftereffects, and mentions of sex! This was when Americans still spoke in double innuendos, and asking if someone knew how to whistle was a scandalous thing to say! 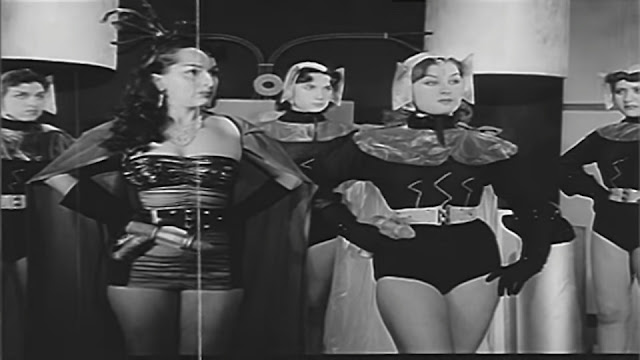 If you  watch Uçan Daireler, It's important that you like bellydancing. A lot. There is a metric ton of it on display here, and it stops the plot in its tracks every time. Thankfully it's a plot inconsequential enough to deserve such treatment. Plus, the dances are good, and the performers are some hot babes! You can't lose when in the Orient!

The effects are a mixed bag. For the most part it works within its means, and looks fine. Then you've got the alien coutfits, which look really good! The spaceship set isn't too bad, nor is the vessel itself from the outside, but the robot is simply adorable in how cheap it is! It seems as if all cheap 50s sci-fi movies had to have a boxy cardboard robot! Santa Claus Conquers the Martians, Journey to the Moon (Egypt), this, and countless more that will come to mind after more than 5 seconds of thinking. Overall, enough are genuinely good, while plenty are amusingly bad (if bad is a word you wanna use for effects this endearingly amateur). 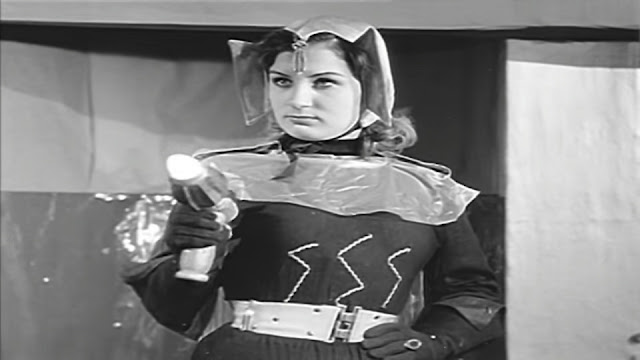 The acting from the two leads (Orhan Erçin and Zafer Önen) is a little annoying in places, but more due to the writing, and direction. Their acting itself isn't the problem, and taken on their own they're not grating. The alien women, meanwhile, are neat! Not only do they all look stunning but they're good at being aloof in an alien way, and you buy them as villains because of this.

The rest of the acting is alright. Over the top, but not too terrible. 'Mirella Monro' is a little annoying at times as Marylin Monroe, but is ok, even if her being a Turk automatically makes her unconvincing (they are never blonde), and local sex symbol Özcan Tekgül impresses a little as the lead alien. I liked her menace, and dancing skills! 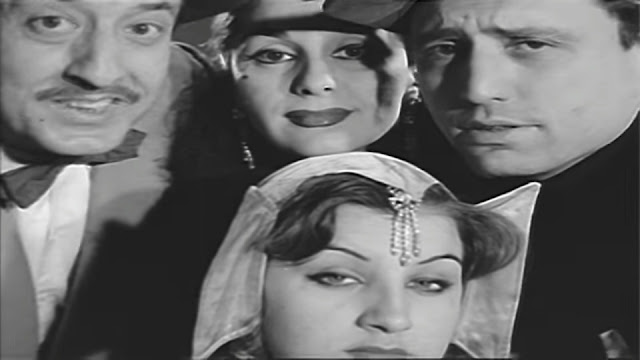 Uçan Daireler Istanbul'da is an important artifact of Turkish cinema, being perhaps their first science-fiction film, and laying the groundwork for others in the future, but as a film it's just not that great. It's passable enough entertainment, but it doesn't really do enough unique with this tried concept, or even in its own right. Still, it's got a few small positives, and what it lacks in...well, everything, it makes up for in imagination. Even the aliens bellydance in Turkey!...
Posted by Chris Hewson at 8:43 PM