March of the Wooden Soldiers/Babes in Toyland (1934)


In 1903, an opera called Babes in Toyland was released, to great acclaim. Just over 30 years later, Hollywood came a'knocking with an adaption, starring the comedy legends Stanley Laurel and Oliver Hardy.

In the magical place known as Toyland, trouble is brewing. Sinister old man Silas Barnaby is intent on marrying innocent Bo Peep, and will stop at nothing to get her, first trying to use her mother's mortgage over the family's shoe house as leverage. His plans are continuously thwarted however by the resourceful (if dopey and incredibly clumsy) Stannie Dum and Ollie Dee, who are intent on stopping the dastardly villain, and see that Bo Peep and her great love Tom Tom Piper are happily wed... 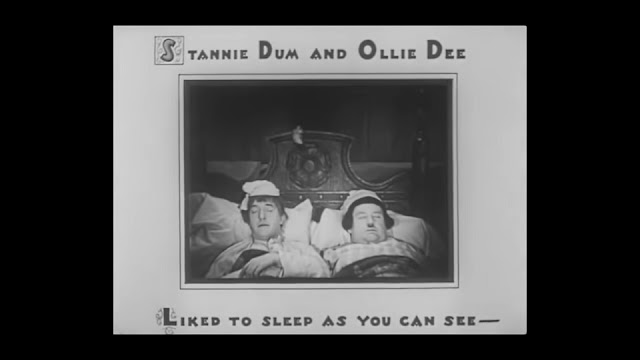 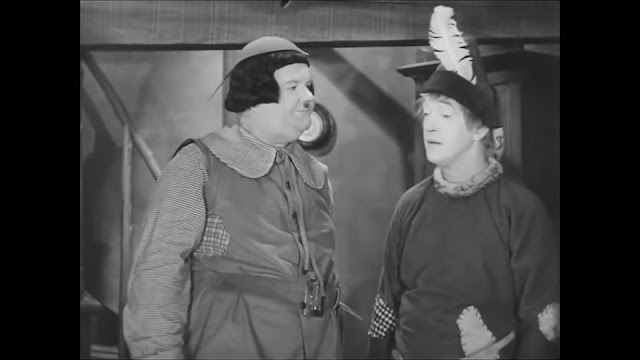 Babes in Toyland (also known as March of the Wooden Soldier) is a fantastic holiday treat, with lots of fairy tale entertainment. Despite ts relatively short length, the film manages to pack in plenty of material, from colourful characters from iconic stories, to sweet and thoroughly enjoyable scenarios, one after the other. The movie is always fresh, and never boring.

This film not only succeeds in its own right, but as a vehicle for its two comedy stars/its comedy duo. They never overshadow the fairy tale things, or vice versa. There's a great balance here.

The humour works very well together with the story, and all this comes to a grand culmination in the rip-roaring finale, which is truly crazy! Everything but the kitchen sink is thrown here, and it's spectacular! 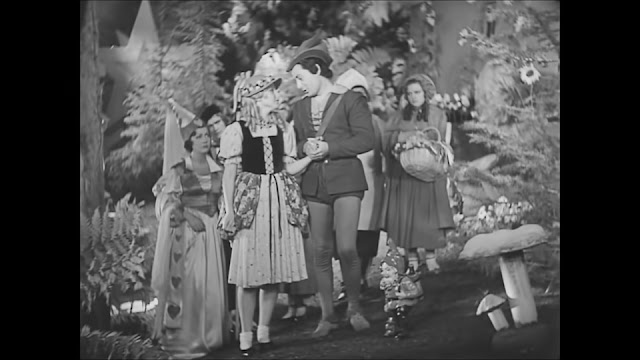 The only weak link I found in the story was the ending-Or rather, the lack of one. The climax happens, then the movie just stops! We never see the happy couple again, Santa never reappears, We never see if the grumpy Toymaker gave Stan and Ollie their jobs back, etc. It's like the director just ran out of film stock and decided "Eh, you know what, the villain's dead, do we really need any more story than that?". Yes, yes you [bloody well] do!

The characters here are all a fun bunch. All are likeable and sweet, and all have a purpose. I like how not a single character feels wasted. This is best exemplified in the chase from the boogeyman-One might think it'd be pointless for Stan and Ollie to get involved, since we know Bo Peep and Tom Tom are gonna make it back to Toyland safely for the climax, but they end up aiding in such a way that they were truly necessary

Babes in Toyland looks absolutely [wonderful]! The set design is fantastic, with many fairy tale locations perfectly realised, with the greatest being the shoe where the Peep family live. No expense has been spared with the design of this film, and it always shows. It looks a little like The Cabinet of Dr. Caliari if it was a cheery Christmas musical! 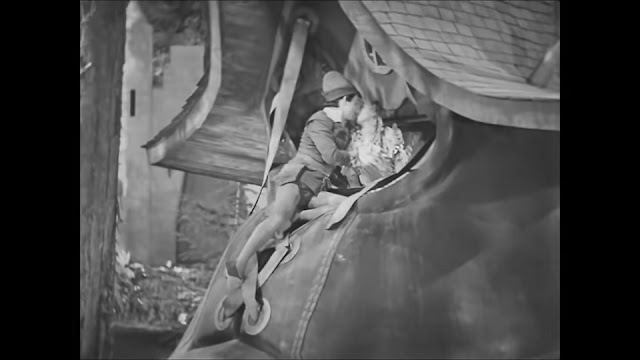 The more fantastical characters range from adorable to a bit weird, such as the three little pigs, and the musical cat.

Next up are the costumes. To say they look cheap is perhaps a disservice. They look intentionally over the top, the kind of obvious costumes people wouldn't necessarily wear in real life, but look fantastic in fairy tales. While they may look at home in a stage play, they still look great, and like great fun to wear!

This isn't to say that nothing in the film looks cheap though. Some things do, and while I'm sure the filmmakers were aware of this, and playing into it for that stage play aesthetic, some parts are still amusing, such as the = Boogeymen.

The acting here is great. Stan and Ollie are hilarious leads, while Charlotte Henry and Felix Knight are sweet romantic partners, bringing some extra heart to the proceedings. As much love as they bring, Henry Brandon beings a devious amount of =. He's wonderfully evil as old Silas Barnaby. From his menacing tone of voice, to the way he moves, he always dominates whatever scene he's in, and towers over everyone else despite his hunched gait. Most impressively, Brandon (still credited here by his birth name of Kleinbach) was only 22 when this film was made! You'd never know it to look at him. That just makes his skill all the more phenomenal! 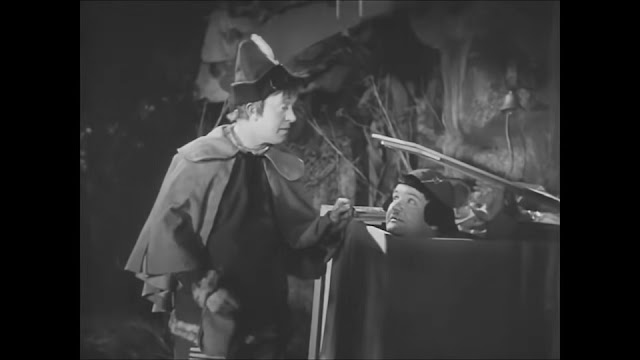 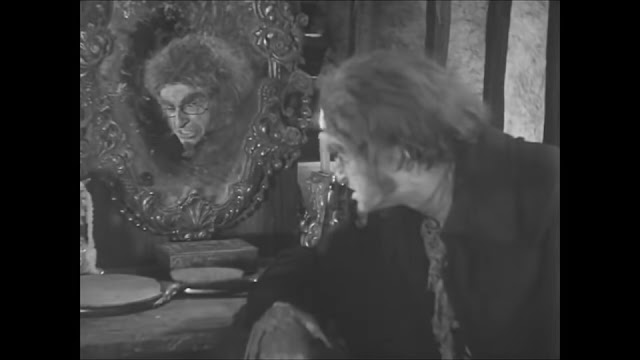 The score to Babes in Toyland is very nice, with every scene having an appropriate and = track. I found the songs themselves to be a little disappointing though. None were bad, though the singing was either not clear enough for me in places, or overly operatic. One of them/The Castle in Spain number felt pretty superfluous too. 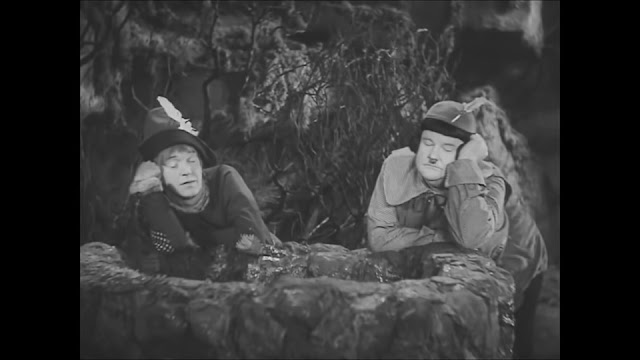 To finish, Babes in Toyland is a fantastic 1930s comedy outing, and a brilliant festive time to bed had. Whether you want a fun movie to watch for Christmas, or any time of the year, this is a perfect choice...
Posted by Chris Hewson at 8:58 PM