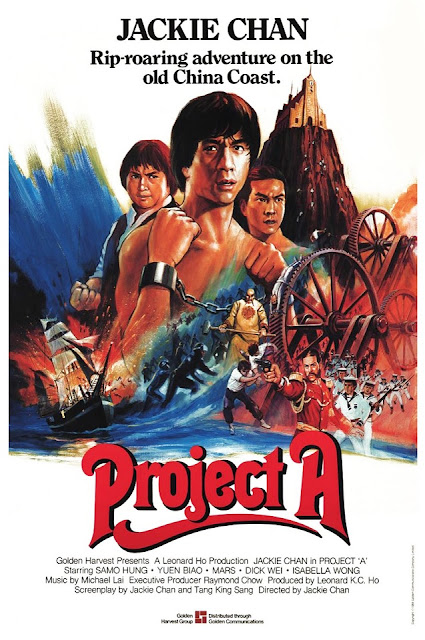 In 1920 era Hong Kong, the ragtag local navy is fighting a losing battle with both a ruthless band of pirates, led by the cruel warlord San Po. After the majority of their vessels are blown up before they can even leave port, the navy is left with nowhere to go, and an exasperated/frustrated government dissolves the branch, leaving the officers to reluctantly join their rivals, the local police force. After a few tips and adventures, young recruit Dragon Ma soon finds himself hot on the heels of a connection between the government and a criminal organisation that can lead him straight to the pirates... 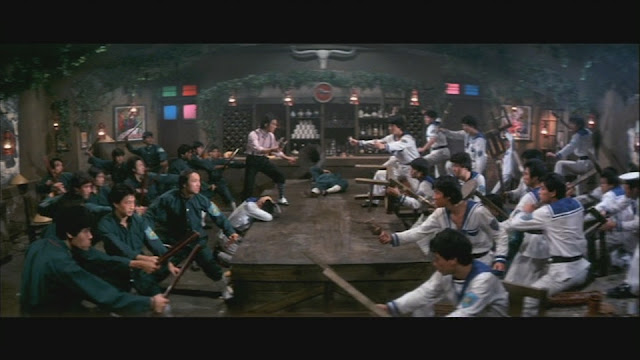 Project A is a bit of a jumbled mess! It's a very appealing jumbled mess for a few reasons, but still flawed for me. First and foremost is the plot. This film has no idea what it wants to be! First it sets up a naval adventure, with a comic rivalry with the police, but before the sailors can see action, their ships are blown up. From then on, they're all out of a job and forced to join the police, at which point the film suddenly becomes Police Academy for the next 15 or so minutes. Then that/Then that comes to an end just as abruptly when the plot decides to get serious/rolling, with Dragon's dramatic resignation (which feels like it probably should've happened later for maximum effect/impact). 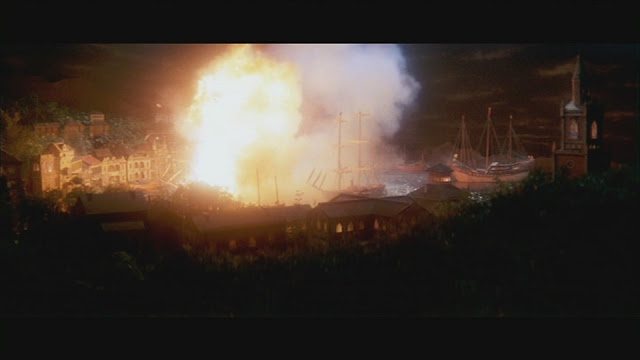 Eventually the plot does become more stable (albeit thin), but never really hits the notes it should've. Not even the climax has any sailing action! It's still a great action film, but feels like it's lacking just that certain something. A Jackie Chan film with heavy focus on sea battles could be an interesting and unique way of showcasing his talents, but this is never explored.

One upside to the ending though is that unlike other Jackie films, Project A at least has a denouement! Sure, I would've liked to see the girls again, as well as the navy and police commanders, but what we get is a funny and [conclusive] end to the story, unlike the disappointingly abrupt Police Story. 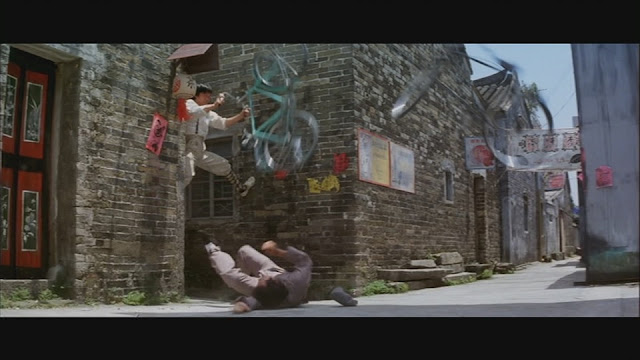 The characters here are all good. Jackie is your typical action-adventure lead. Freshfaced and experienced, funny and badass, always falling from one fix to another in rapid succession. Then there's Tzu, who's a bit of a stuffed shirt, but a good guy when push comes to shove. The government officials are portrayed well, with some as noble, others unreasonably strict but honorable, and the more corrupt ones as having their understandable reasons for what they do. The women are all adorable, even if they don't appear as much as I would've liked, and the same goes for the villains (minus the adorable part). San Po is a great antagonist, but he first appears fairly late in. Still, he manages to make quite an impression ,and you certainly/sure believe it'd take three guys to take him on! 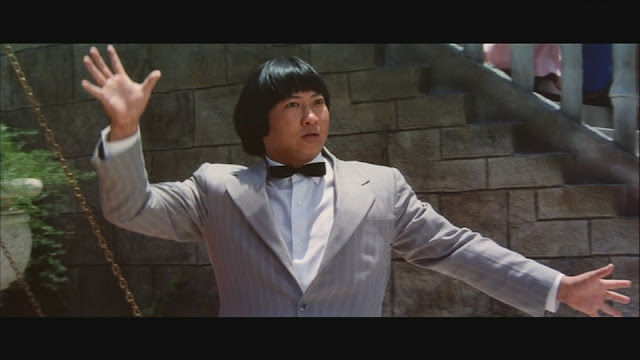 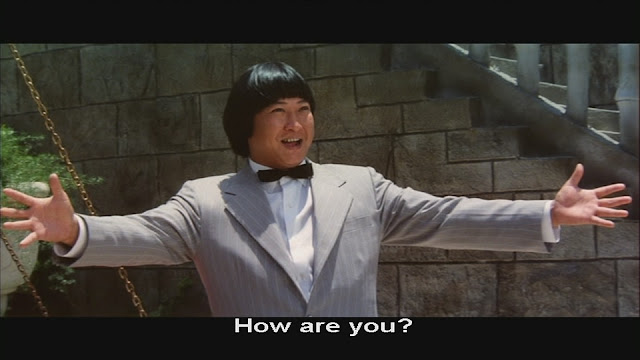 The character relationships here aren't well defined. Over the course of the movie, Dragon and Tzu go from fierce competitors to firm friends, but this all happens so quickly, most of it offscreen. Then there's Dragon and Fei, who are apparently good friends with a long history together, yet he's never mentioned/doesn't even appear until around 35 minutes in! And lastly, I had no idea who the women in this movie were, or how they knew the heroes.

Another problem I have is that everyone looks the same...NO, no, I didn't mean like that, I mean everyone's dressed either as sailors or cops, or in matching business suits. Only the pirate costumes look more distinctive, but even they can be confused for each-other in the fury/chaos of the fight. 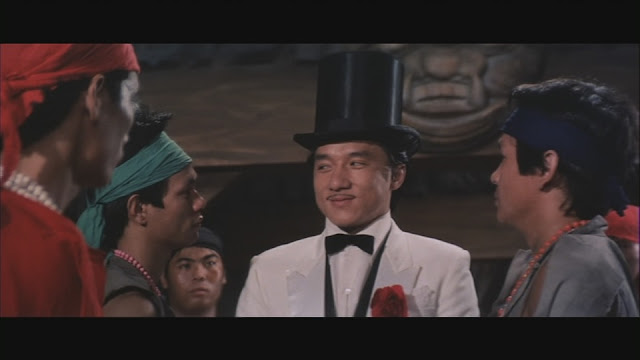 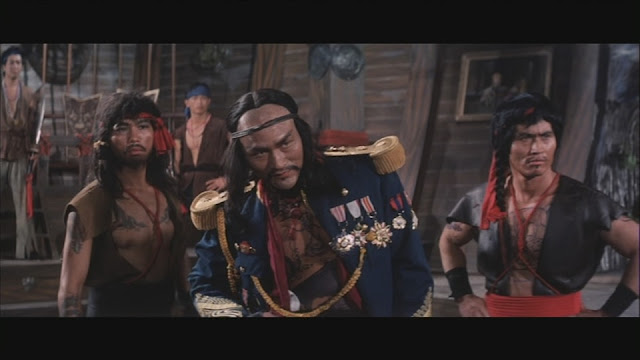 Now let's come to the action. The choreography on display in Project A is marvellous! It all looks great, with neat setpieces, bone-crunching collisions, and some of the craziest stunts you'll ever see! Even Harold Lloyd would've taken Chan aside to say "Look man, even I didn't actually drop from the clocktower! And mine wasn't real either!". There's never an unimpressive moment, although sadly there are dull ones because of how much time is devoted to these long fight scenes. The lowest point for me is the chase scene in the midsection, precisely because it takes up the whole midsection! What we see is great, but geez, it isn't half long! 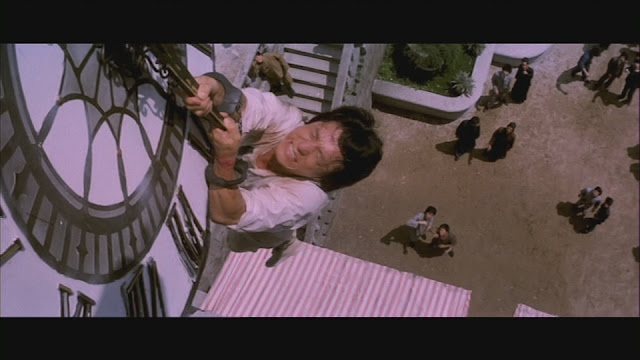 The acting in Project A is sometimes exaggerated, but always entertaining. Jackie is a great lead who handles the funny moments just as well as the serious ones, while Yuen Biao is effortlessly charismatic, but with a softer side, and Sammo Hung is as unexpectedly talented as always, lending many laughs to the proceedings. The music here is pretty fun, with a nice sea shanty type theme.

While Project A is a funny movie, it doesn't wholly work as a comedy, because of how it can't just stick to one thing, so any hijinx usually get interrupted by the plot, or endless fight sequences. None of the jokes really fell flat to me, but I wish they were given more of a [fighting] chance.

The scene where one of the women defends the sailors got my hackles up a bit when they just tell her to shut up instead of thanking her. I get that's the joke, but it was such a perfect lead-in for the sailors to be rally around their defender, but instead she says it and the room just goes quiet, then Jackie tells her to shut up. 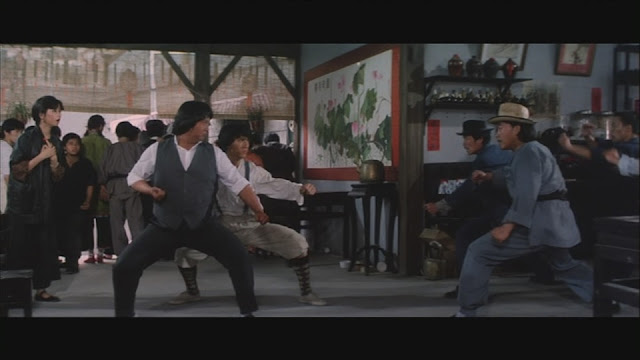 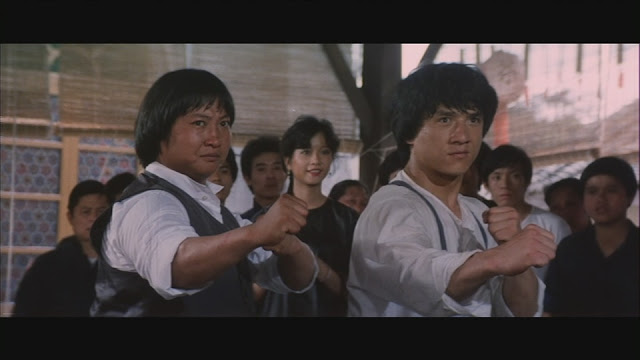 Overall, Project A has its issues, but if you're eager for a great Jackie Chan outing, this'll do the trick without a doubt! 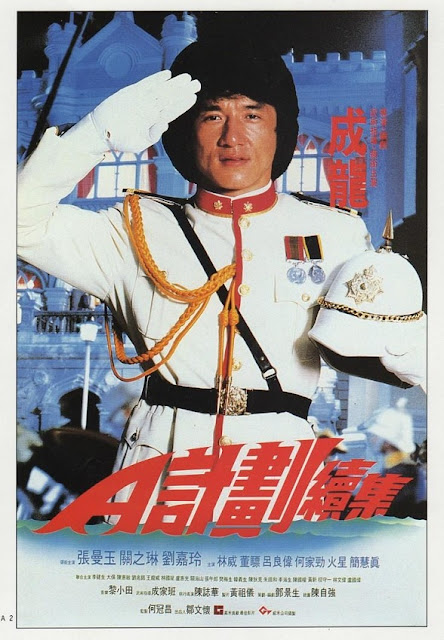 After Dragon Ma's successful defeat of San Po's pirate band, some survivors washed up to safety, and swear a blood vendetta against him. Some time later, Ma is assigned to an undercover role in the Hong Kong police, to investigate the believed-to-be corrupt cop Chun, who's  record is suspiciously high, with higher-ups believing he stages robberies for the glory, then kills his cohorts to silence them. Chun's treachery goes deeper than that, however, and Ma has to both investigate him and stop a plot from the Dowager Empress in China, as well as help and avoid the machinations of a ragtag rebellion...

Project A Part II starts off a bit muddled, as we've not only got a subplot about the surviving pirates from the last film wanting revenge, but a crooked cop and his network of criminals, as well as a group of revolutionaries. While there's perhaps too many plots going on, the film at least knows to pace itself and only focus on one thing at a time, often for extended periods, so the audience doesn't get too overwhelmed. It also feels more consistent in tone compared to its [more jumbled] predecessor.

This isn't to say the plot is flawless, as there were a few moments where it all became too much for me (especially given that certain characters genuinely look identical!). The biggest is similar to my complaint with the previous entry-A super long chase scene. However in this film it doesn't happen as the midsection, but the climax. There's very little story, and all action, nonstop, and I found it a bit fatiguing after a while, to the point where the final stunt left me blank more than anything else. It's impressive as hell (albeit depressing when you think of the poor workers who built that thing, only for a nearby kung fu brawl to utterly demolish them), but t felt like one impressive spectacle too many. However, it's worth noting that all of this felt less annoying on my second viewing, so maybe I hasn't seen it in the best frame of mind that first time.

As well as being action packed, this is also a very funny movie, with the crowning moment being the setpiece in Maggie's house, where it's progressively filled up with more and more people trying to hide.

The direction in Project A Part II is really good, proving that Jackie wasn't just an actor. The fight choreography can once again move a bit too fast to see sometimes, but I guess that's unavoidable. There are some really well framed moments here, such as the point-of-view shifting ballroom dance, shot all in one take. The locations for the final battle are clever and creative too, even if they're so chaotic you risk getting lost.

The film does a great job of recreating the world of 1920s China, even better than its predecessor. That movie did a decent job at it, but it just feels like a movie that happens to be set in the 1920s, whereas the world we see in Project A Part II is a more fully realised place/environment. [Perhaps it's the consistency that helps.] However, one area I felt more work could have gone to is its connection with the first entry. The two movies don't feel entirely unconnected, but the stories and settings feel totally different, and the lack of the majority of that film's other leads also leaves a mark. The surviving pirates are great though, and help alleviate this a little.

Project A II's acting is good. While not everyone is able to be utilised fully given the sheer size of the cast, many at least get a few scenes of note, especially Bill Tung. Despite being completely interchangeable, the girls are all perfectly adorable. With four of them though, a couple do disappear after the halfway mark.  The only major drawback here is the absence of both Yuen Biao and Sammo Hung, both of whom were busy with other projects and couldn't return.

The music here is neat. The main theme, sung by Chan himself, is a great tune, which really gets you in the mood to punch things! It plays in full over the end credits outtakes, which makes for a perfect ending.

I definitely recommend Project A Part II, whether you're specifically a fan of Jackie Chan, or just generally into kung fu movies. Despite any problems, you can't go too wrong with it!...
Posted by Chris Hewson at 8:59 PM