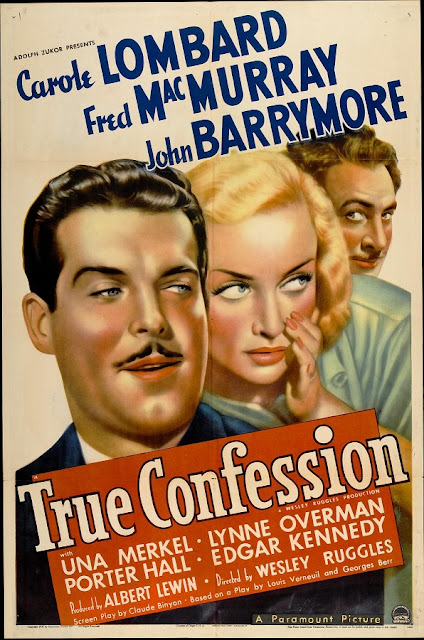 Loving housewife Helen Bartlett is down in the dumps, as her lawyer husband Ken isn't finding much work, and money's becoming tight. Despite Ken's insistence that she not get a job (worried it'd reflect badly on them if people think he can't even support his wife properly), Helen attempts searching, finding an easy position with the lecherous Otto Krayler. His intentions quickly become clear, and Helen flees, returning to the house later to retrieve her fallen purse. However, lying dead on the floor from a gunshot wound is Krayler, and the police arrest Helen on suspicion of murder. No-one believes she's innocent, and she soon realises her only chance is to convince the jury she's guilty, but acted self defense. Now the unsuspecting Ken must take on the case of his life, and see justice done... 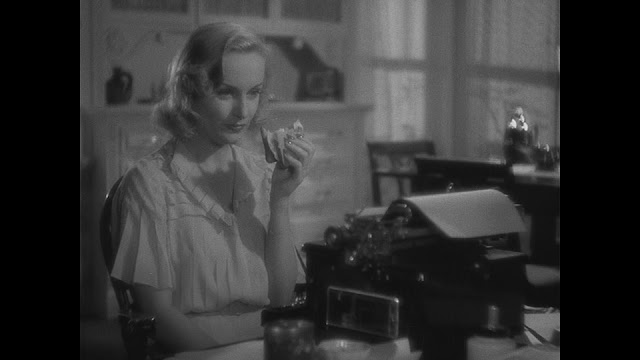 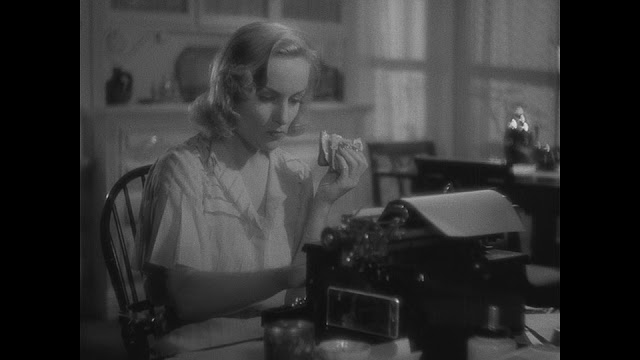 True Confession is a very funny film, and one of my favourites in the Carole Lombard canon! It was the height of her comedy career, and is still a hilarious watch all these years later.

The story here is a pretty crazy one, with the unlucky lead stuck in a seemingly unwinnable situation. You'd feel bad for her if she wasn't such a compulsive liar. She gets quite unlikeable at times, but never so much so that you wanna see her hang or anything. Ken meanwhile is nice enough, though spends most of the movie not in the know. His impassioned please in Helen's defense are = though. 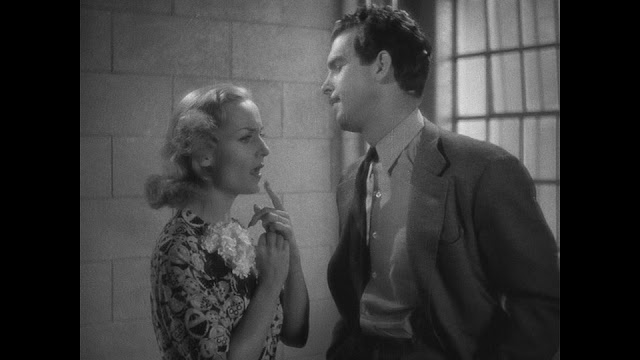 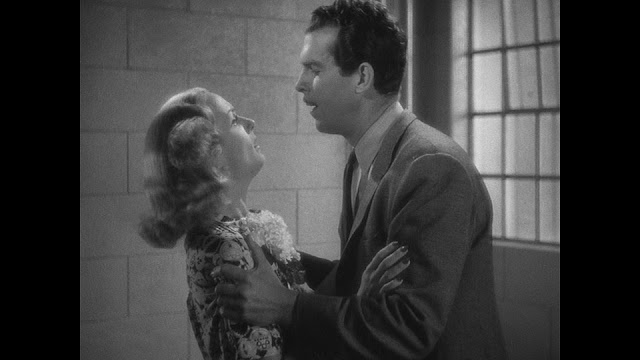 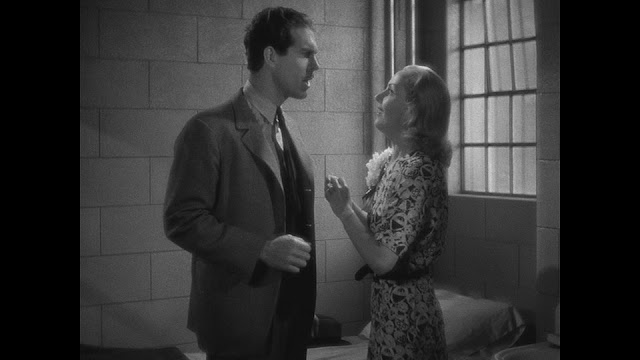 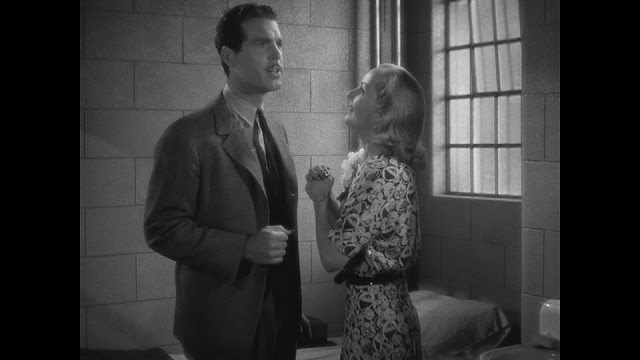 Helen's best friend Daisy is spunky and cute, making a lively addition to the cast, as well as a good neutral party. Her = interactions with Charley are funny too.

The most distinctive character in True Confession is crazed/demented criminologist Charley Jasper. Introduced halfway in, he observes everything that's going on in an omniscient way, and you just know he's going to cause 'trouble' for the leads by proving Helen's innocence. While he barely interacts with the two main characters at all until the last act, this works fine, and he has other characters to bounce off of, such as the sarcastic bartender. 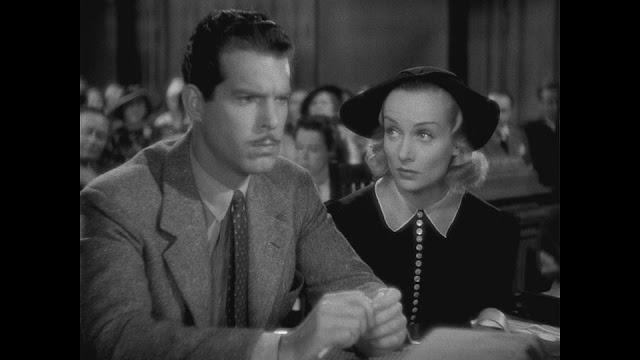 The only thing I wasn't sure about was the twist with his character in the last act. I suppose it makes sense, and god knows there weren't any other candidates, but I guess I hoped for something else. But then there's another twist, and that ends up being rendered totally pointless, [along with the film's whole central mystery].

A big problem I have with the story of True Confession is the complete lack of a murderer! The film spends so much time on the mock] trial that you could be forgiven for totally forgetting that someone killed =! 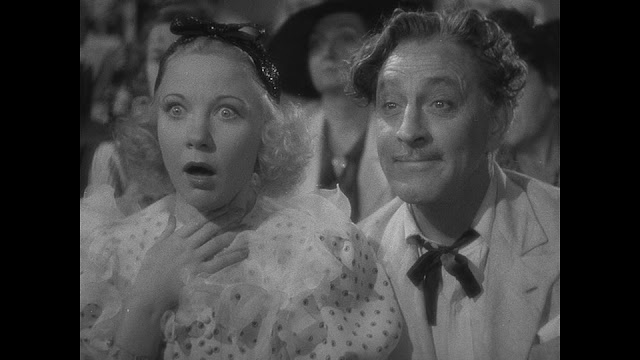 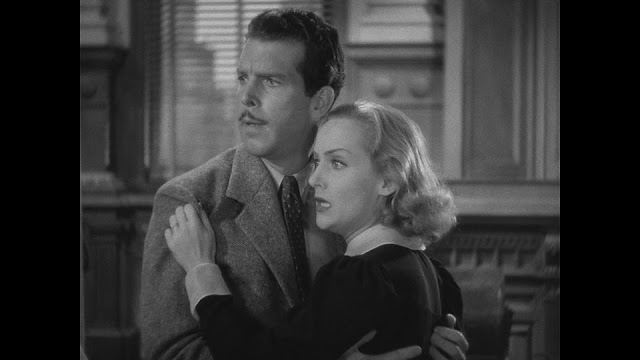 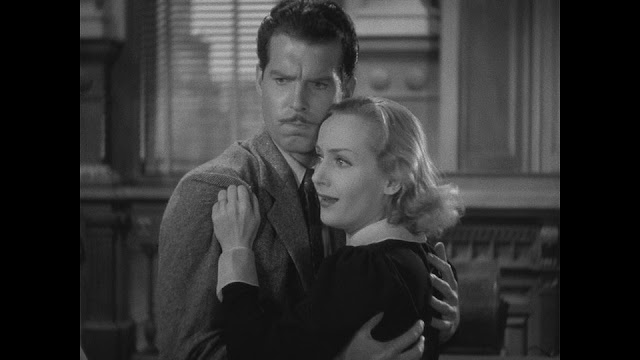 However, it seems as if the film paints itself into a corner, and can only do so much. The ending left me pretty cold towards Helen, and Ken doesn't exactly have much reason to stay, though of course you know he will. It just felt a bit unearned, like = had happened. 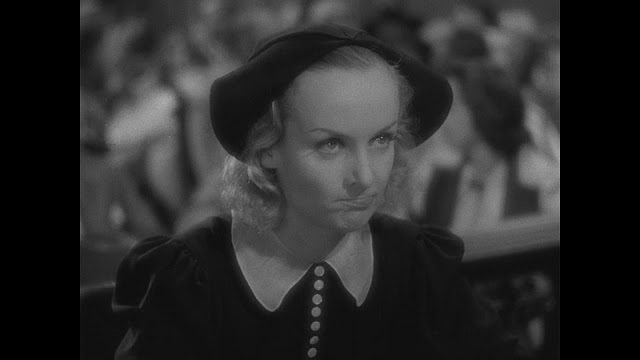 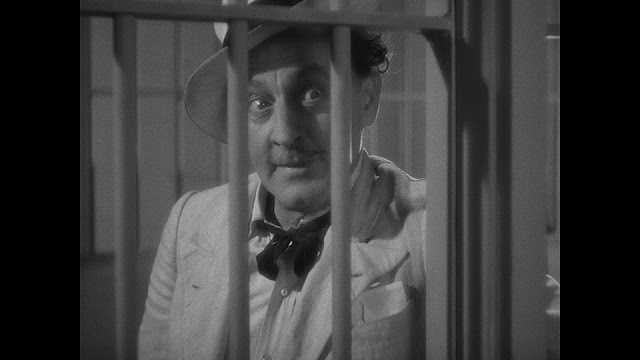 The acting here is a high point. Lombard is  and is the only reason you don't hate the film's protagonist. Fred MacMurray is very straightlaced and serious, but nice enough, and you feel pretty bad for him. Una Merkel is a sweet presence, and John Barrymore is crazy as Charley Jasper. He's like no-one else in the cast, and is totally unpredictable. And lastly, Edgar Kennedy gets a decent role. He vanishes by  the last third, but he gets some great stuff in the earlier scenes. 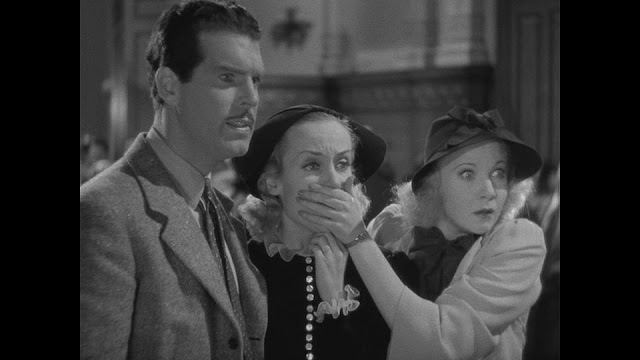 True Confession is a classic of the screwball comedy genre, and if you're curious about Carole Lombard and want a good introduction, this is the way to go...
Posted by Chris Hewson at 8:59 PM