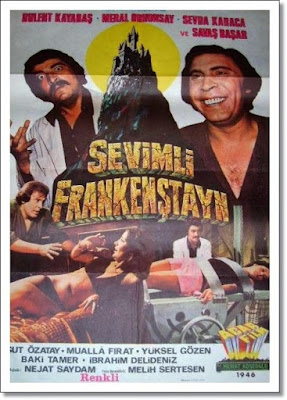 For a period, I thought Turkish Young Frankenstein was a joke, because surely as crazy as Yeşilçam cinema could get, there wouldn't be a knock-off of this of all things, would there? Oh yes, there would be!...

College professor Timur Frank is notified by a solicitor about his relation to the notorious Frederich von Frankenstein, and is taken to his ancestral castle, where mysterious violin music leads Timur to a secret library and lab. Together with his new hunchbacked servant, and pretty assistant, he seeks to recreate his ancestor's experiments to resurrect the dead, but finds obstacles along the way, from nosy policemen, irate townsfolk, and an abnormal brain that threatens to spoil everything when the creature comes to life... 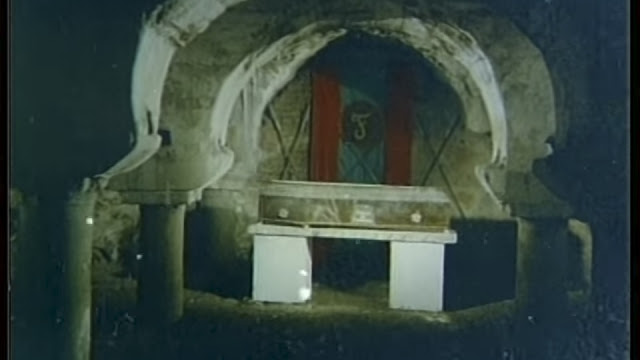 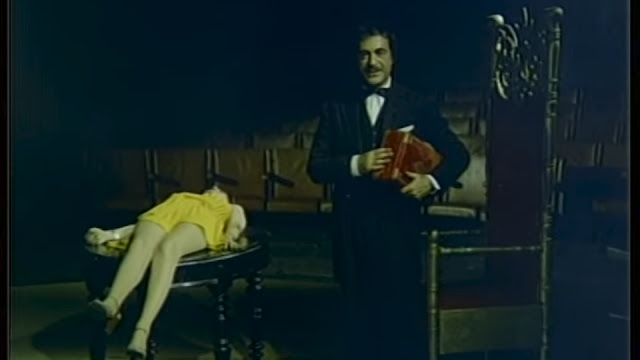 Sevimli Frankenstayn (My Friend Frankenstein) is a strange picture! Much of this comes from what it is-A remake of the Mel Brooks comedy classic. The film does doe its own unique ways of being weird though, without the original's help.

Firstly, let's discuss how this holds up if you've never seen Young Frankenstein before. It's decent, though not great. Some of the jokes land, while others are a bit cringy, or just not delivered properly. The homages to classical horror are also lost in the retranslation, and how familiar the Turkish populace even would've been with those characters I don't know 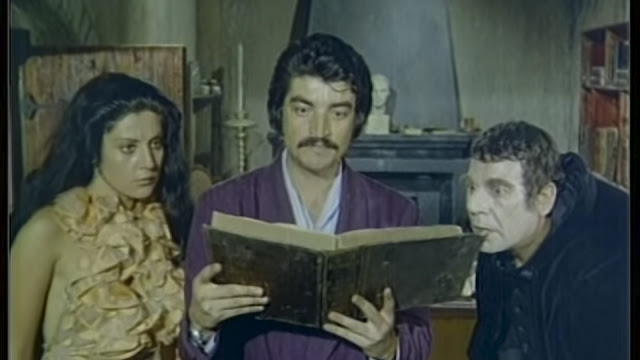 Now for the comparison. I feel this film improves on a couple of little things in Young Frankenstein, but obviously not everything, and ultimately it's still a pale shadow of the original.

The story feels more streamlined due to the shortened length, but the final act happens perhaps too quickly, so there are pros and cons to this shorter pacing.

It takes around halfway through the film before the monster is introduced, which some might feel cheated by, but that's par for the course for Frankenstein films. You've gotta be patient!

Just as in the original, Timur's fiance disappears for most of the movie after he travels to the castle, though she does get a lot more screentime in the beginning than Madeline Kahn got. She also doesn't seem like a shallow string-along bitch in this version, so Frank cheating on her with his assistant feels a bit skeezier on his part. 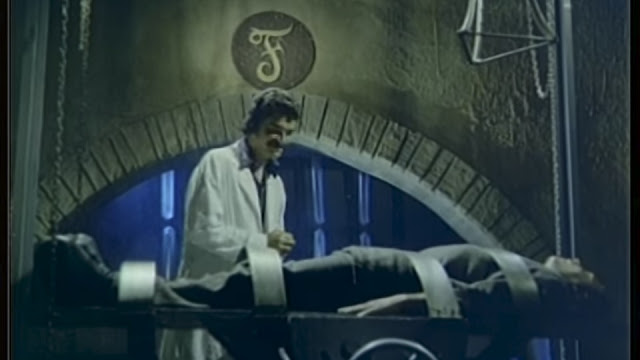 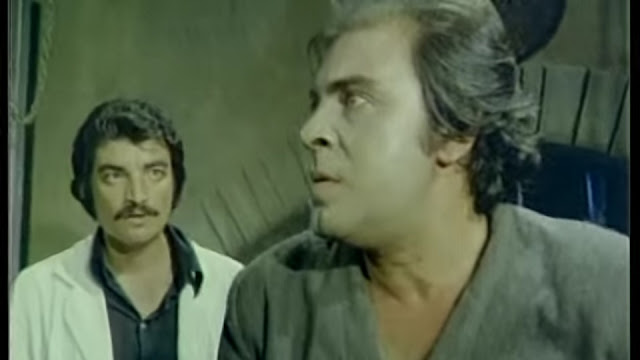 I was wondering how the Frau Blucher joke would translate. Since it makes as much sense in Turkish as it does in English, I figured there'd be no change at all, but there's actually quite a sizeable one. Instead of the horses whinnying whenever someone says her name, it's just at seemingly random points. I think I prefer this to the joke in the original. It's amusing enough most of the time, but the joke also hinges on the audience having a familiarity with German, and any gag that needs supplementary material for you to get the joke has failed. In Sevimli Frankenstayn, the horses whinnying at random makes it seem like 'Blucher' is so bad that simply by talking she distresses nearby animals.

There's no 'Where wolf' scene present, sadly. Speaking of wordplay, the 'sedagive' scene is absent entirely absent. I'd say the jokes get more on-point as the movie progresses, which is appreciated. Overall, it handles visual gags a lot better than the wordplay. 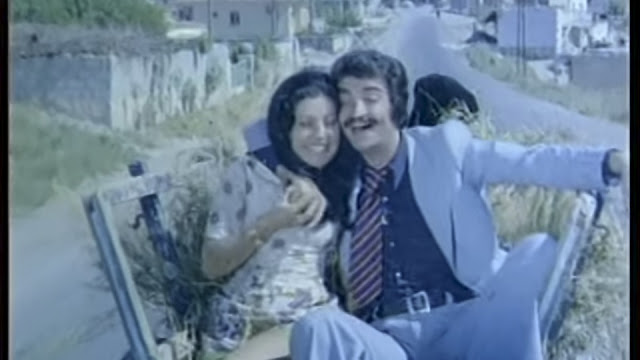 I was doubtful that the Putting it on the Ritz scene would make it in, but it surprisingly seemed like it was going to, albeit in a distinctly Ottoman/Arab style...But then that scene just ends up being a fight with ninjas and that's about it...Yes, I know that sounds bizarre.

Another difference is that there's a lot less urgency in the climax here. There IS a wild torch-wielding mob, but they're less of an issue to the leads until the last 5 or so minutes. The ending is mostly satisfying. A bit quick, perhaps, but not a great deal quicker than its predecessor.

The weirder moments here involve Igor teleporting at random, as well as bizarre moments with a bathtub

The acting in this movie is mixed. Bülent Kayabaş is a jerk as Frankenstein, which is the point, but he's also quite annoying, and that being deliberate doesn't help much. However, is that any different from Gene Wilder? The man was intolerable in some scenes of that movie! Cringe-inducing to watch! So I can't blame this guy too hard for emulating that performance when by and large it's well praised. 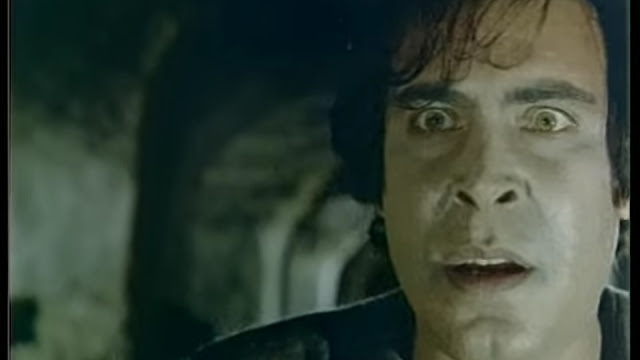 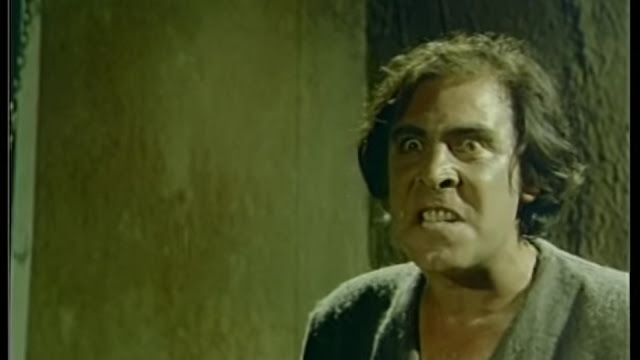 Next up is the monster itself. At first it seems disappointing in how there's pretty much no make-up on him, aside from a little paleness, but the actor actually looks distinctive and imposing enough to make up for this deficiency, getting across both intimidation and tenderness. It's impressive seeing what a good actor gets up to when you tell him to play Frankenstein's Monster sans make-up. It takes talent to pull that off!

The rest of the acting is ok. The two who play the assistant and Timur's fiance look a bit too similar though, unlike the blonde and brunette(?) Teri Garr and Madeleine Kahn. I guess finding blonde Turks was an exercise in futility. 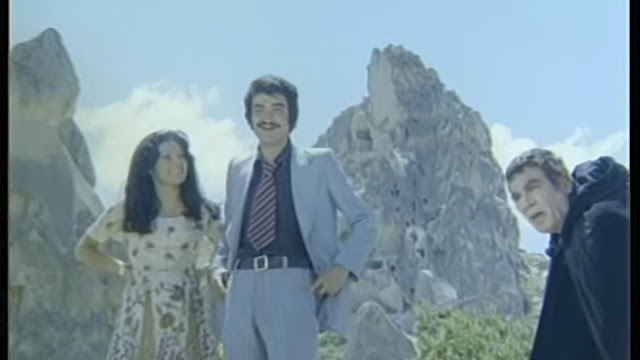 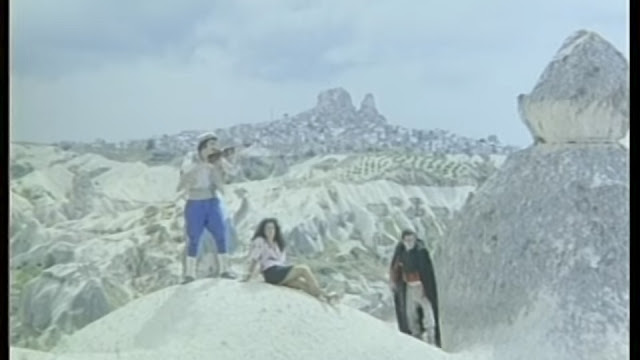 The effects here are also mixed. The sets are very good, looking convincingly like a castle, as well as a spooky laboratory! I was impressed that this low-budget film got the rotating bookcase scene done perfectly. There are also some lovely shots of Anatolia! We see them very well. Too well! That brings up a big problem with Sevimli Frankenstein. I can look past it being in colour, and black-and-white movies would've been prevalent enough in recent memory that seeing such a film wouldn't have have felt intentionally old-fashioned, as opposed to American cinema, where B&W movies were all but gone by the early 60s  What I don't approve of however is how most scenes take place in broad daylight! Even the graverobbing takes place during daytime. The 'chilled to the bone' bit doesn't feel quite as believable when the Anatolian sun is beating down.

The majority of the music is pinched from Young Frankenstein, but one track is either original, or pinched from somewhere else (perhaps from Turkish providence, if it's not original to this production), and it's quite a fun and funky track! 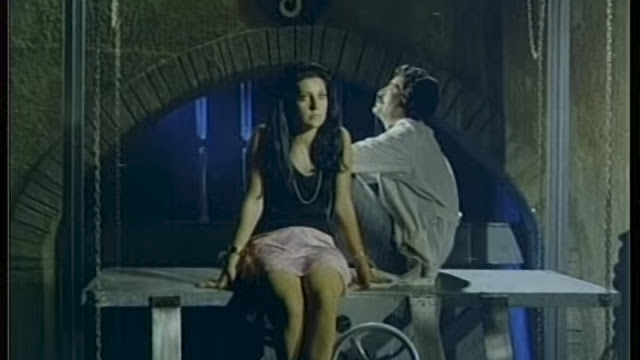 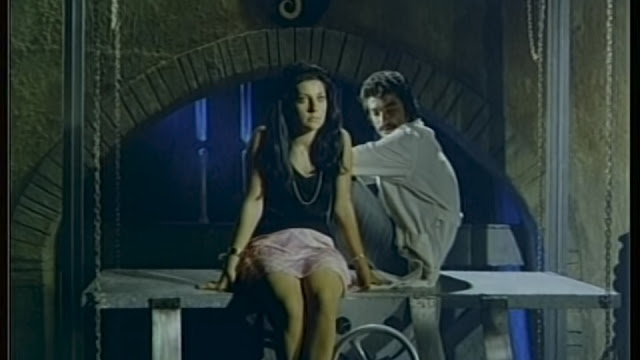 Sevimli Frankenstein is an interesting film. It's not all that good, mainly in that it's a ripoff (or would unofficial remake be a more suitable term here?) of another film, namely a better one, but they put genuine work into this, and for it to look as good as it does given when and where it came from is quite a nice feat!
Posted by Chris Hewson at 8:59 PM