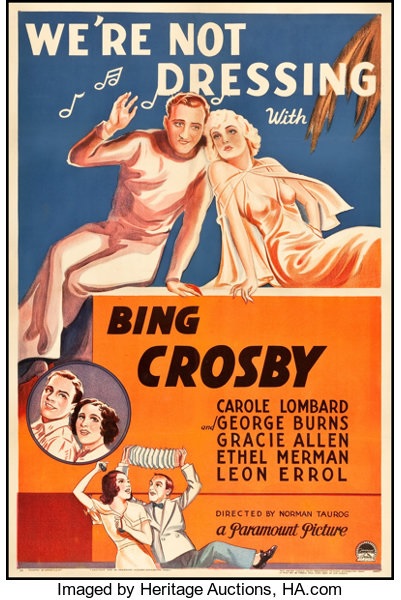 Heiress Doris Worthington is throwing a party on her private boat, trying to choose between two princes over which she'll marry, while secretly pining for a musical sailor. Due to a mishap, the boat ends up crash landing on a tropical island in the middle of nowhere, and the group have to make do with roughing it for a change. Doris is particularly bitter, and pissed off at the sailor, Stephen, for treating her like a brat, but the tides of love gradually come rolling in... 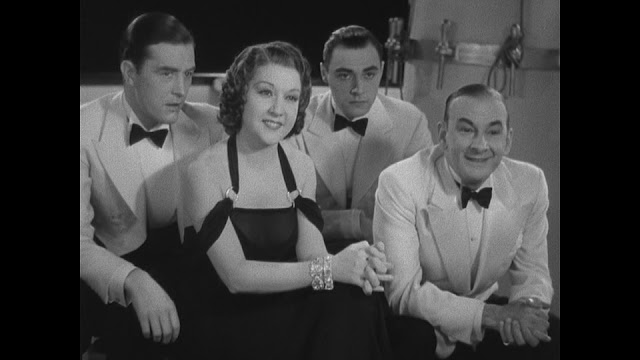 We're Not Dressing is a movie that pissed me off fairly quickly! It starts off ok enough, but it then devolves into a constant uninterrupted stream of crooning, and comedy gags with a pet bear. I found it to be pretty insufferable and exhausting! There's no sense of pacing as we go from song to song with no consideration of [tone]. 25 minutes in the plot finally gets started, as we land on the tropical island that makes up the rest of the film's location.

What follows is more of the same. A very thing plot. Little romance, and painful comic relief, punctuated by nonstop singing. Then as if I didn't already have enough to complain about, on come George and Gracie Burns onto the scene! Not that I dislike that comedy pair, nor did I feel they were necessarily bad here (though some scenes were certainly worse than others), but they = 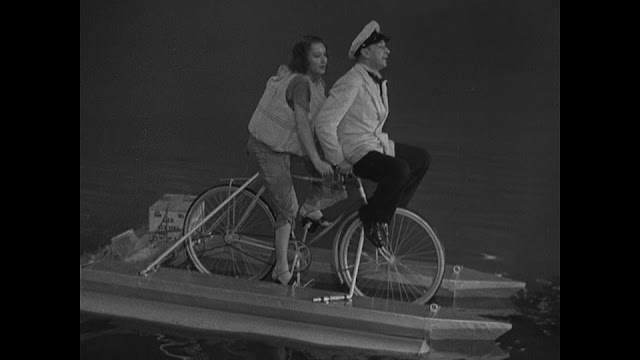 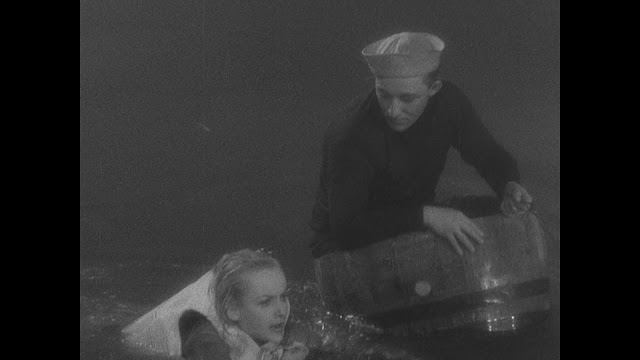 The romance is where this really falls on its face! Some of the = are better than others, but one of the better ones is marred by Stephen being a sexist dick, too uncomfortable with marrying Doris because he can't tolerate being married to a woman who makes more money than he does (it at least made sense in True Confession!), while the = is just jawdropping! I stress that anyone who tries what Bing Crosby does in this movie is going to get 10 to 25 years in a maximum security prison!

The characters are overall an unlikeable bunch. Doris is a spoiled diva, with some good moments, and other annoying ones. She's also a bit too stubborn for her own good. The sailor Stephen is a bit inconsistent with how he's sometimes a lovestruck young sailor, and other times a frustrated 'domineering leader' figure. 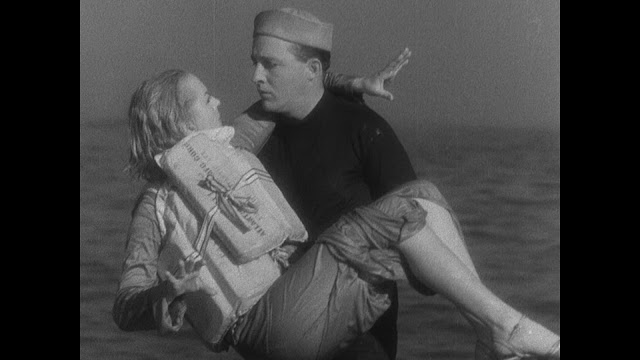 Doris's friend Ethel is lots of fun, even if she doesn't get much to do. She makes every scene count, and is the most enjoyable part of the film!

The two princes don't do nearly as much as they  could have, and could easily have been excluded. Neither their princely statuses or attempts at courtship with Doris mean anything once the group is on the island, and it feels like their only purpose is to give Ray Milland and Jay Henry a decent paycheck. 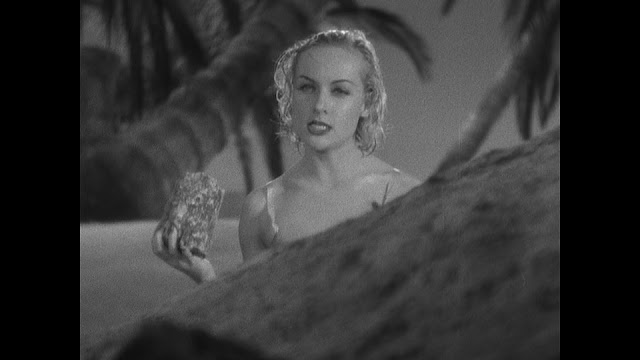 The worst character by far is Uncle Hubert. From sticking rollerskates on poor bears to crashing the ship (presumably killing everyone on board, until we hear confirmation otherwise), he's absolutely loathsome, and I wanted to punch his smarmy mugging face every chance I got.

And lastly, the comedy husband and wife team are sometimes a hoot, other times just as annoying as everyone else, but I didn't mind their presence. While it is frustrating that they take away precious screentime from the main characters, I frankly hated the main characters, so more of that, please! 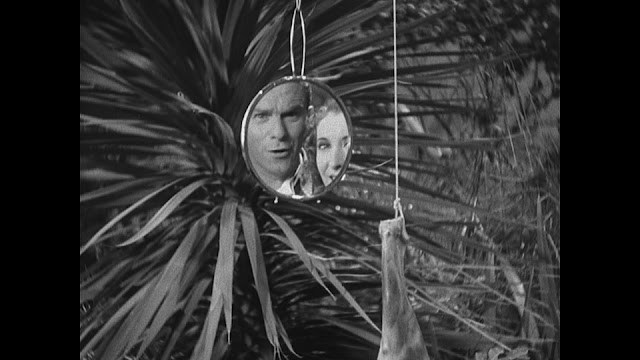 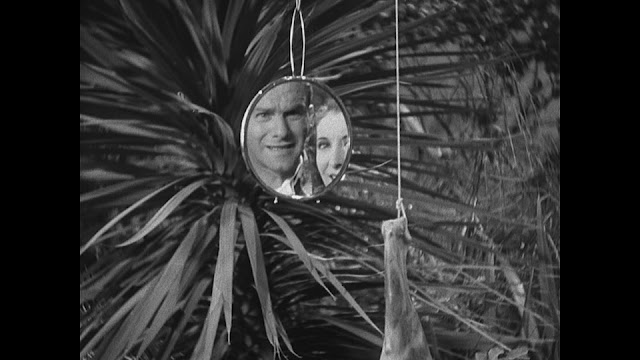 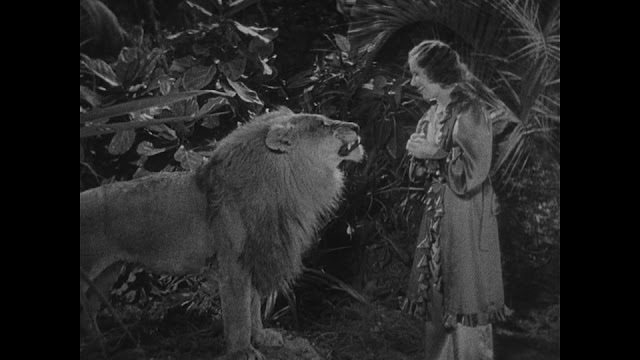 The songs here are an alright bunch, albeit eclectic, like this is a random revue show on the waves. What hinders the tunes is the bad pacing, with tiny gaps between each number, and no consideration for which song follows on after which. Bing Crosby is as fine a crooner as you'd expect, and everyone else does decently. Despite the presence of Ethel Merman, it takes almost halfway through the film before she's given the chance to sing! She's predictably great, though I wish she got more time.

A babyfaced Bing Crosby is intermittently charming, and sometimes obnoxious as Stephen the sailor. Carole Lombard meanwhile is alright. Ethel Merman is a load of fun, and Leon Errol is a pain in the neck. Ray Milland and Jay Henry do ok with what little they're given, and George and Gracie Burns are a mix of stern and adorable.

The movie looks quite good, and while some of the island scenes are clearly a set, they're a brilliantly romantic set! I wanna spend a vacation there! 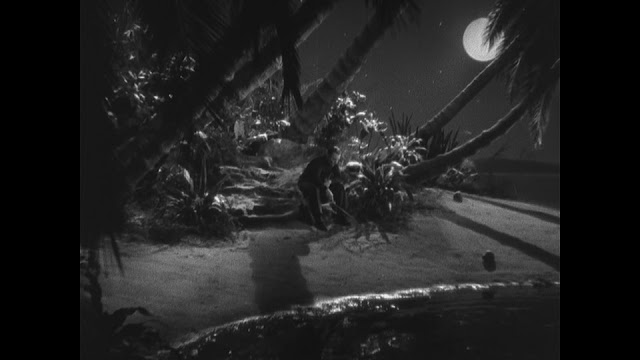 Enticing title aside, We're Not Dressing was a rather painful viewing experience for me. It's certainly got its pluses, but none that'd make me recommend you watch the whole movie! Steer clear of this one...
Posted by Chris Hewson at 9:00 PM