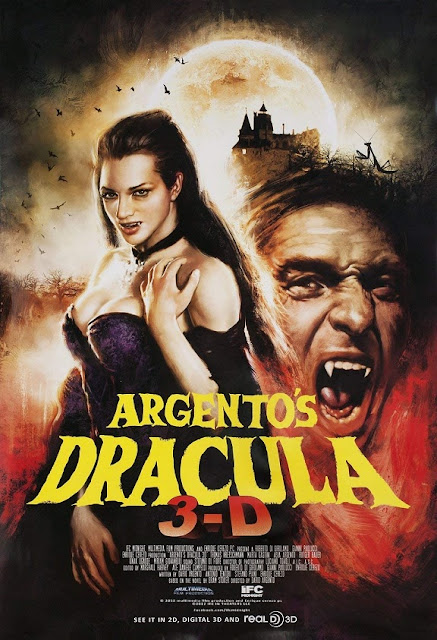 Ever since I was a young'in of about 12 or 13, I've been a diehard fan of Dario Argento. This of course means I have never seen anything post-Opera. I mean, what torture would that be! Ever since the 80s wrapped up, the qualities of his movies plummeted! He lost his groove somehow and he just never got it back. Maybe longtime partner and collaborator Daria Nicolodi  = and when they split up]]]]   Dracula 3D... 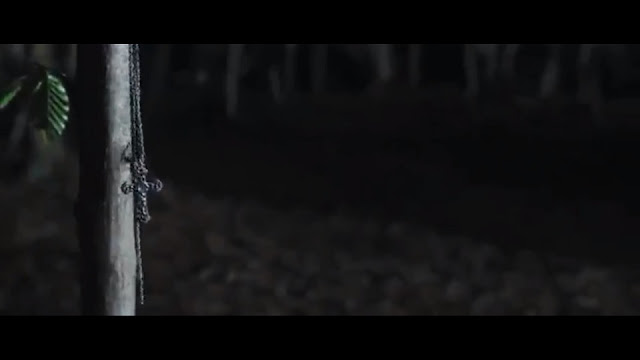 In the rural Romanian town of Passo Borgo, terrible things are happening. People are mysteriously dying, and everyone is scared of something. When Johnathan Harker arrives in the town to do business for a Count Dracula, he quickly discovers what, and is set upon by creatures of darkness. His wife Mina soon arrives, looking for her husband, and =... 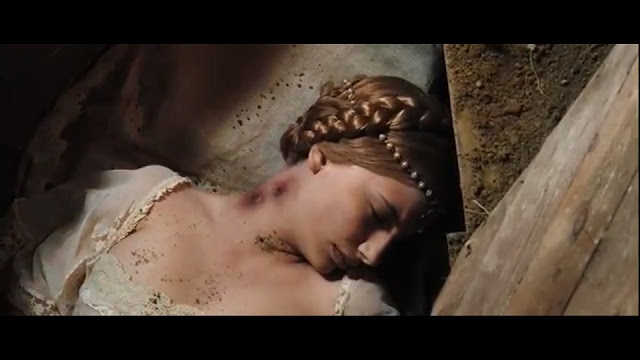 Dracula 3D is a film that caused quite a stir upon its release, because people just couldn't believe it! It didn't seem real, it had to be a joke, what the heck is going on? The trailer perfectly encapsulates the film, both everything wrong and right with it! This is a bad movie in the conventional sense. The acting is appalling, the effects abominable, and the =. But it is hilarious!

Let's start with the good. The story is satisfactory enough. It doesn't do justice to the novel, but as its own thing, it's not that bad. What causes a genuine problem, and not one that makes you laugh, is the fact that it's almost 2 hours long. While never REALLY boring, it does get a bit drawn out in places. Characters will disappear for long stretches, some scenes feel either too long or wholly unnecessary, and =. = Every problem this film's pacing and story has could be solved if it was shorter! 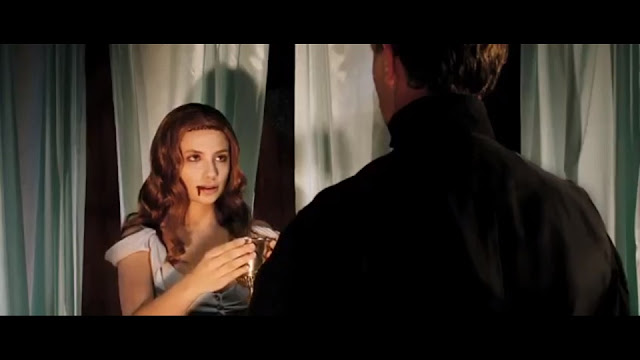 This has a few touches of authenticity to the book, such as rarely included scenes, and the epistolary style. This ends up being underused and forgotten though, as characters get/become too busy to write anything. We're also missing half the characters! Lucy's undergone a baffling surname change, and we've got no Dr. Seward, Arthur Holmwood, or Quincey Morris. Even Van Helsing doesn't show up until the last half hour. 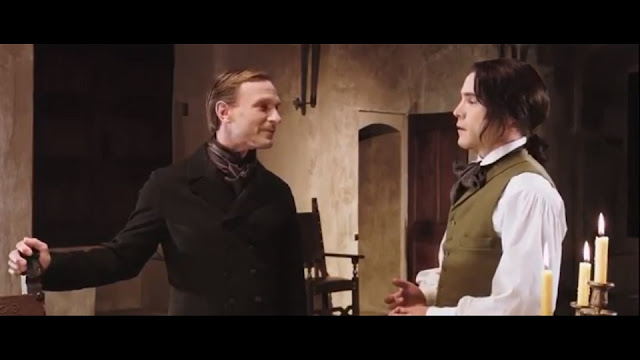 The tone here is surely meant to be scary, but it's so funny instead! There are many hilariously cheesy moments, like when Van Helsing literally fends of a vampire by holding two sticks together in a cross!   or when he kills the big burly henchman in 5 seconds flat! One area is does mostly succeed in is that it does feel like a classical horror film. The effects might be super modern, but this does feel like something from the 70s. Well, except for the nudity, anyway!

The execution in many areas is also lacking. There's an overall amateurish quality to the production. == For example, just about all the villains die extremely easily! It takes like 5 seconds, and they posed zero real threat. 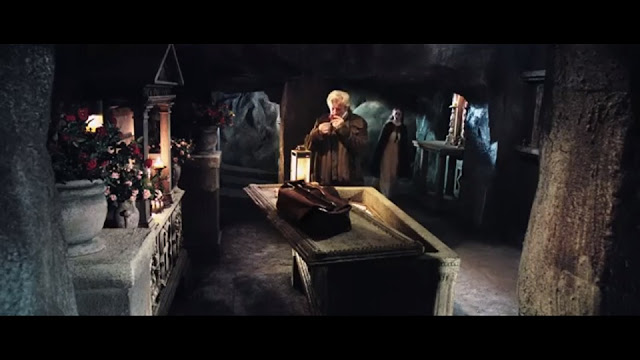 The acting in Dracula 3D comes twofold. The physical actors are rubbish, and the dub actors are terrible! More than that, the dubbing itself sounds really ill-fitting. All of these things come together beautifully, in a perfect storm of = that is hilarious to watch! These people give such amazingly cheesy performances! The greatest is the priest. "He is evil, Van Helsing, do you hear me? EEEEVILLLLLL!!"

Moving onto specific actors. Unax Ugalde seems to me the lead as Johnathan Harker, but quickly falls by the wayside. Marta Gastini is the true lead, and is alright, but unremarkable. I could not tell her and Lucy apart. Asia Argento is tolerable. I barely recognised her honestly, since I was actively looking out for her (and yes, she takes her kit off, in case you were wondering]).

Rutger Hauer is a mediocre Van Helsing. He's a great actor, and I trust him to make a great Van Helsing in a better movie, but this is not it. He also takes forever to show up. I will say though that his American accent isn't too distracting/as distracting s I thought it'd be. Most interesting is that Hauer has himself played Dracula on at least one occasion!

Getting to the Count himself, Thomas Kretschmann is a pretty lousy Dracula. He's not threatening, he's stiff and uninteresting, and never raises his voice beyond a whisper (EXCEPT TO EMOTE REALLY LOUDLY!). He never alters his facial expression, making him look all the more duller. Only in a couple of scenes does he really give more of an effort, to no avail. 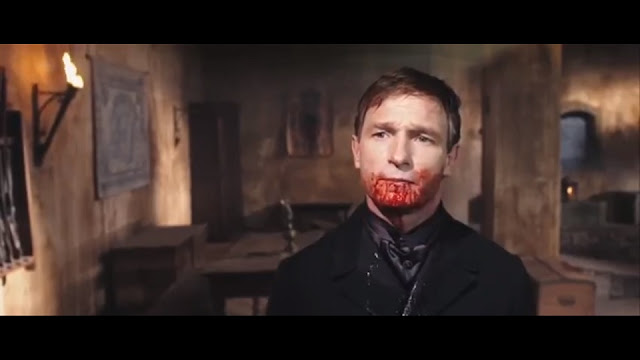 Augusto Zucchi!...Ok, I am aware my American readers will have no idea who I'm talking about, so I'll give you a =. He's the grumpy but lovable police chief in Il Commissario Rex, and =  So imagine my surprise when he's not only in a Dario Argento film, but is impaled and eaten by a giant grasshopper! Just goes to show you can never know what to expect.


The music here is fun! It's cheesy, yes, but it has a very classical Gothic horror throwback sound to it that I liked. It builds the mood well.

The locations here are mixed. The woods are effectively atmospheric, and Dracula's castle isn't half bad. Some of the locations are practical, while others are achieved by poor digital effects. Those shots are minimal though, and the sets are seen the most. 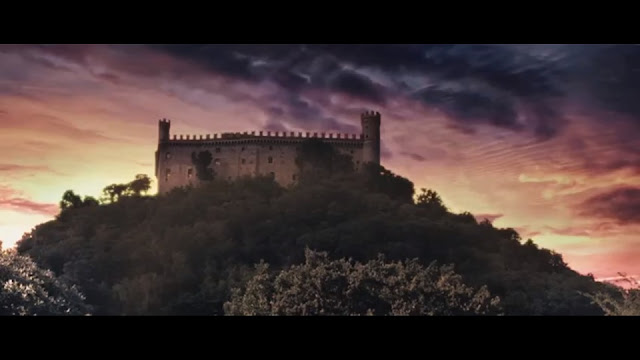 As for direction, Argento hasn't entirely lost his touch visually. You'd never believe a master cinematographer made this, and it has the feel of a TV movie, but there are a few neat shots, and well framed scenes. As for the 3D aspect though, there's nothing here I could tell was 3D. The rare moments that come close to popping out of the screen aren't even aimed at the camera most of the time. 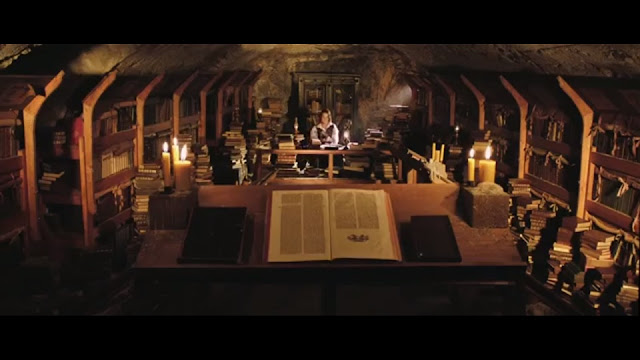 Now let's come to the greatest moment in the film-The effects! Oh boy, they are the funniest thing you'll see =! We've got fake blood spurts, hilarious decapitations, and CGI wolves and locations that look out of a Playstation game. The film unwisely lingers on these moments too, giving us plenty of time to see how fake they look. 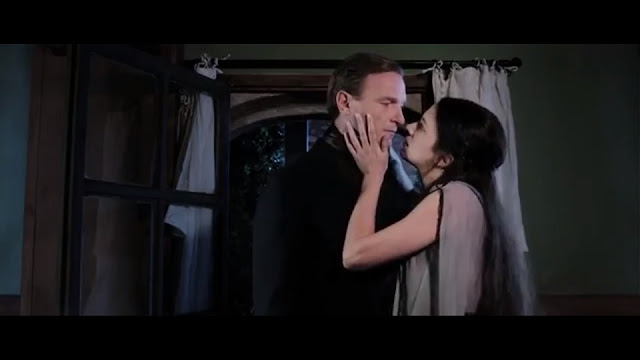 We get an even mix of terrible practical effects, and terrible digital effects, showing that the team on this film didn't discriminate. The best moment by far is the giant grasshopper 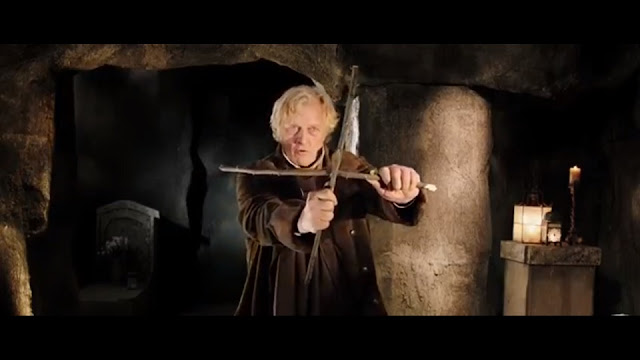 Overall, Dracula 3D has some serious problems, but in a way these only elevate it. It may not be good per se, but it's always entertaining, and what more could you want for a fun movie night with friends!...
Posted by Chris Hewson at 11:54 PM