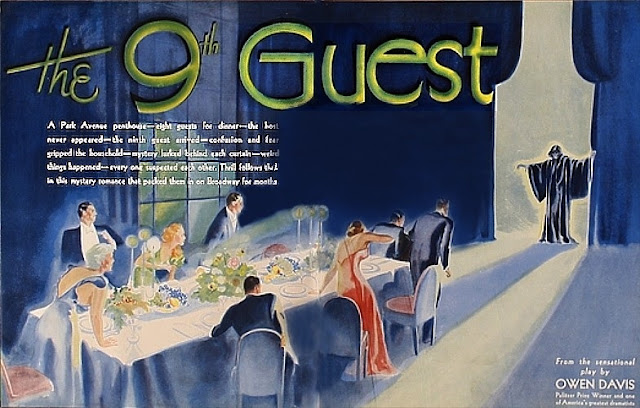 Eight people from the upper crust of society are each given a mysterious invitation to a party, promising to be a unique spectacle. They arrive, and realising they know the other guests, immediately suspect one another of being the host. With everyone at each-other's throats over what they see as an annoying practical joke, a mysterious voice on the radio begins speaking, giving an ominous warning. The penthouse has been locked and electrified, and there's no way out except by playing a game of life and death... 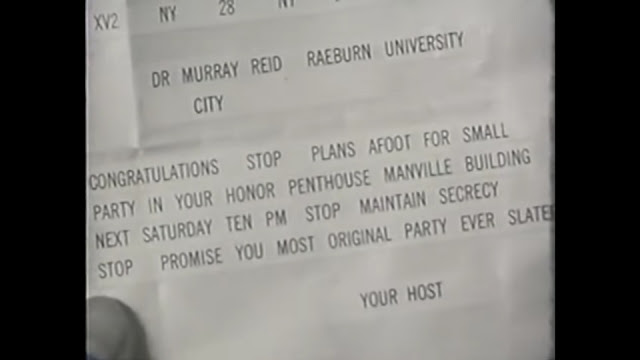 Agatha Christie's And Then There Were None set up a famous mystery template-Several suspicious people are all trapped under the single roof, and begin to die one by one at the hands of an all-seeing killer. But while she was undoubtedly the one who really catapulted this into the stratosphere, it did exist beforehand, with The Ninth Guest being a perfect example.

This is a pretty good 1930s mystery. A bit slower paced, but brief enough, and never boring. Where it has a little trouble at first is in making the audience remember all the characters, but thankfully there is ample time and set-up. Of course, I was still none the wiser who half these people were, but it's the thought that counts! 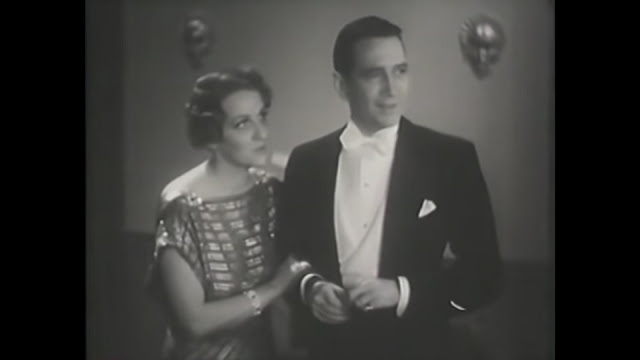 "My friends, this is a game in which you take one side, and I the other, with Death as the referee."

As the movie grew on/progressed I grew increasingly impatient with what I perceived to be a lack of clues, and it seemed to me that the killer was shaping up to be someone we'd never seen or heard of before their reveal at the end. Thankfully I ended up being proven wrong, as the reveal is really good! Some things you didn't notice end up being explained, and the writers clearly took the trouble to iron out any little plot holes, as everything makes sense, and I really wanted to go through the movie a second time to catch these clues again now that I knew who the killer was. 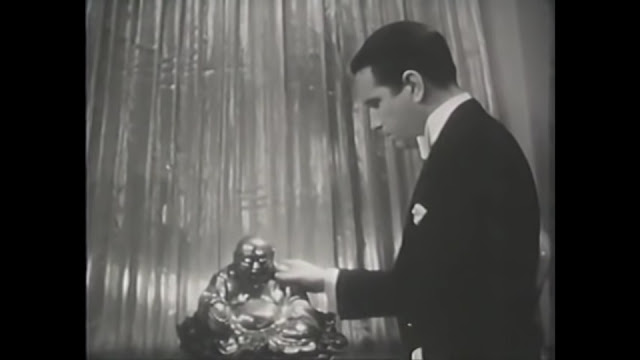 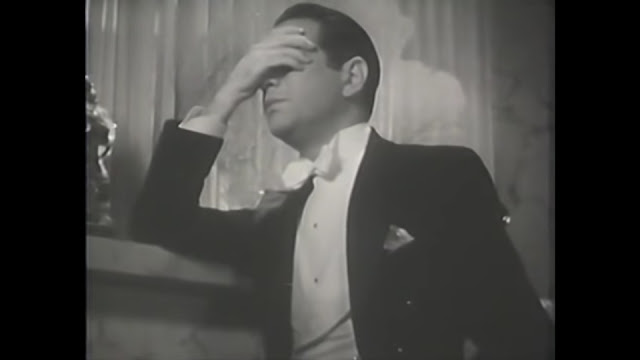 There are perhaps too many characters here, but since some die fairly early on, the herd does thin, making it easier to figure out who's who. So the movie never becomes too cluttered or confusing. The main lead earns that distinction simply by being handsome and 30 years old. Otherwise he's mostly unremarkable. The love interest is a bit strangely characterised. Described as snobby and spoilt, but we never really see any instances of this.

The rest of the cast is made up of crotchety old guys, constantly at each-other's throats. Each looks visually distinct enough from the others to avoid major confusion, and they liven things up. The hired help for the night is pretty pointless, and are tied up offscreen for much of the movie, doing nothing. Come to think of it, the surviving heroes totally leave them stuck booby-trapped apartment/penthouse come the end! I sure hope those bastards got them out later on! 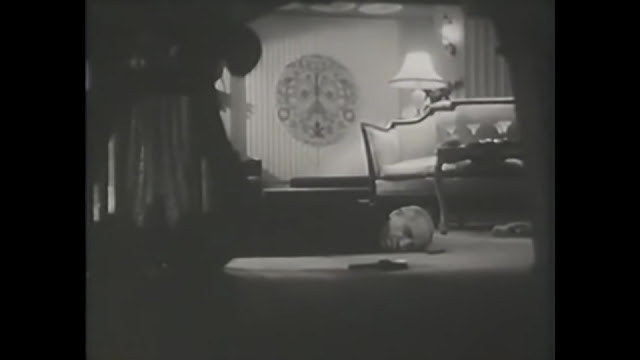 The killer in The Ninth Guest is a very lucky one, as he doesn't take a direct part in any of the murders. Instead he relies solely on their own weaknesses, fights, scuffles with loaded weapons, etc.  If any of those dopes had actually kept still like the hero said, they'd be fine!

The movie does seem a touch convenient here and there thanks to moments like these, particularly one death that seemed far too chaotic and random for the killer to have foreseen. But then it ends up being revealed in quite a clever way by the end. My only overall complaint is that the final reveal asks us to accept a lot regarding the killer's connections with all of the victims.

Something I didn't like comes at the end. The killer attempts suicide, but is stopped. I like that, as it prevents him from carrying out his final wish, and allows him to rot in jail. But then he tries again another way, and succeeds that time. It's still well written, and makes for a creepy ending, but I would've preferred a more fitting punishment. 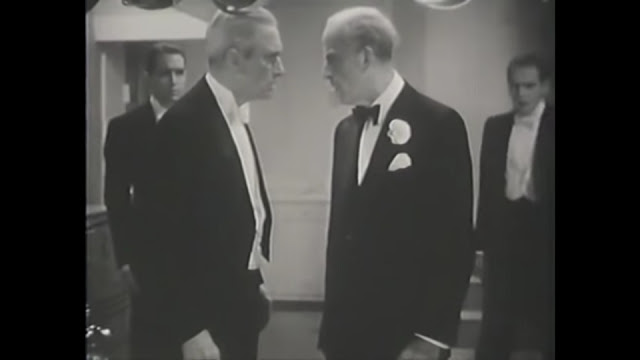 The actors in The Ninth Guest all do fine jobs. Nothing amazing, and some performances aren't as good, but there's nothing too bad to complain about. The best performance probably comes from the killer once they are unmasked, while the weakest comes from a strange Vince Barnett as a possibly foreign cook, who can apparently phase through solid matter, since he completely disappears from = on numerous occasions.

The direction here is pretty standard for the most part, and the [cramped] location doesn't allow for a lot of =, but there are a few neat moments, where it was clear some thought was put into   rather than just randomly pointing the camera and shooting. 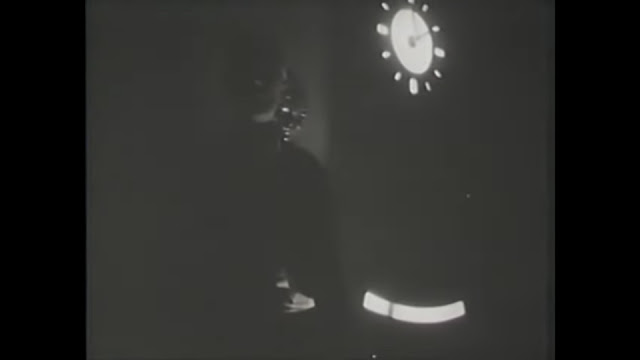 The Ninth Guest is a pretty good spooky time, and a fitting progenitor for the much remembered Christie classic. It's worth a watch, and should keep you guessing...
Posted by Chris Hewson at 11:58 PM