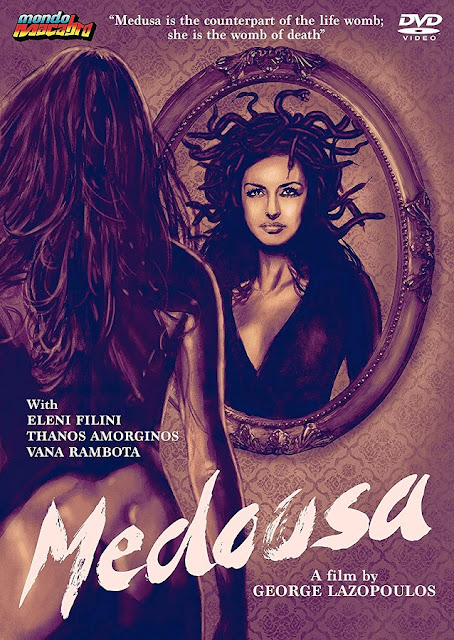 Percy is a young street thief, working = ever since the mysterious disappearance of his enigmatic mother as a child. His associates plan a heist at a temporarily [unoccupied] property out in the country. Meanwhile, the police have discovered several strange statues all over the city. All of fully clothed men, exactly to scale, and matching the ID's of several missing persons. Percy and his friends soon discover the same at this house. Full of loose money and wallets, and statues down in the basement, they quickly realise something is wrong at this house, and prepare for when the owner returns home... 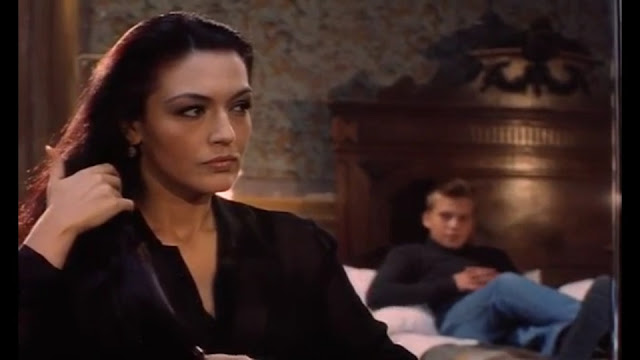 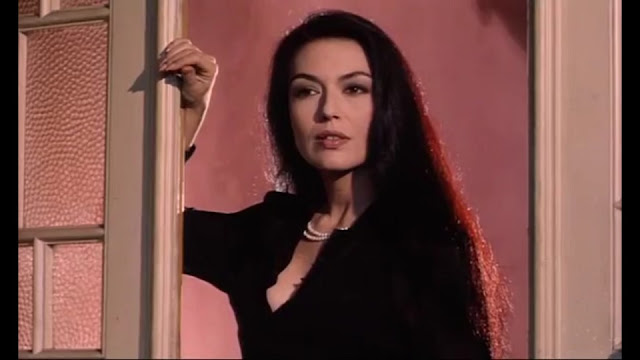 Medusa is a Greek horror film from the 90s, which seeks to deliver a modern spin on the myth of Perseus and his greatest enemy. A languid and = affair, this is more interested in = than it is blood and guts or modern pop culture references, which I appreciate. Tonally it feels kinda like Jean Rollin's films do. Set in the modern day, but still retaining that perfect air of the Gothic. Unfortunately I'd pick those films over this any day of the week!

This is a boring movie! It's one of those tricky cases, where each individual scene is paced well, but as a whole, it's very slow! All because it's paced pretty normally] for the first =. You know how a movie will begin with a [slower] pace as it sets everything up, then ramp up as the horror or action begins? Well that doesn't happen here. The plot only really kicks into gear at about the halfway/hour mark, and even then it never really speeds up. 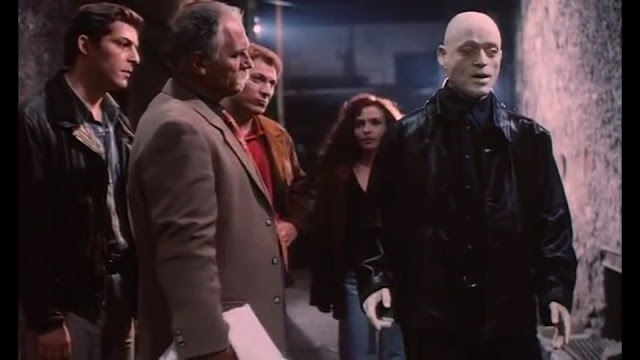 By the end of the movie, you realise that nothing is ever played with any real drama or tension. Things just chug along business as usual, no major fanfares or catastrophes, and then it just ends. Not even the climax offers any thrills, but we'll get to that soon.

Again, the movie  but because so little actually happens with it as the = progresses, it felt =. For the entire first half, all we know is that men are being turned to stone, and there's a kid named Perseus with undetermined heritage].

The last act really disappointed me. Not only was it a = after a whole movie of =, but the ending didn't feel earned, and didn't make much sense. Firstly, Medusa is killed shockingly easy, and there's not even any fancy direction or grand moment. Just a random knife throw, she drops dead, and there's a typical country music twang we've been hearing for the last hour 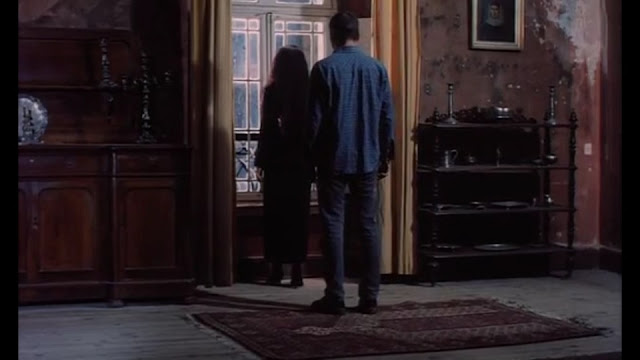 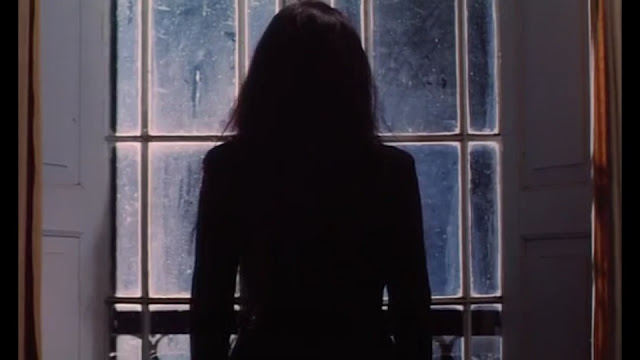 Then, after a bit of fun in the sack, Katia decides to look for herself at Medua's head, wondering what it does to women. Geeeez, really?? Curiosity is one thing, but that  killed two of your friends! And even if it was unknown what Medusa's gaze would do to women, you could still have a pretty good idea it'll just turn you to stone instantly! There is no good that can come of this! At least look at the head in the mirror s a precaution!

Anyway, she becomes Medusa, which feels inevitable not from a story perspective, but because the director cast another woman with long black hair for a reason. This could lead to a shock ending where she turns a = Percy to stone (maybe he'd = for the first damn time in the movie!), or she'd get away. But no, she gets killed like 2 minutes later, making it all pointless. But then, after Percy has buried her and left, the police arrive and exhume the body, and the female detective takes one look at it and she becomes Medusa as well! Bloody hell, that's three [fake-outs] in 10 minutes!

This = a lot of things. Firstly it undermines the drama of Percy being forced to kill his girlfriend and bury her in a = grave, only for the police to dig her up five minutes later  [It exhausts the audience to have = twists in a row]  But most of all, it means the entire movie accomplished nothing! Nothing that happened mattered 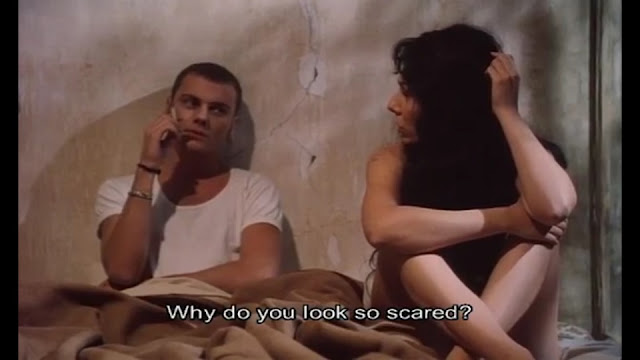 Percy (aka, Perseus) is a pretty blank protagonist. Even as late as halfway through and he hasn't made much of an impression. He's barely spoken 10 lines, and he = them out more than any real emoting. This continues throughout the rest of the film. It's hard to like a protagonist who does nothing, not even smile, when he's got a half naked sexy Greek lady in his bed! Although I suppose it does make him respectful and = if he's able to simply sleep in a bed with a naked chick without = (even though the woman in this case very much wanted to bang him). And whether people call him Pepe or Percy, he's always chiding them with 'That's not my name', and after the 10th time I wanted to ring his neck  If Percy's not your name, just tell people what it is! It's not that hard!

His friends are ok. The two guys Spiros and Mitsos aren't the most developed, but they're ok. The girl Katya is the most developed, and is a likeable character, despite her idiocy in the ending. Her relationship with Percy is a little confusing and unreciprocated(?), but as the only one he really opens up to, I liked their scenes together. 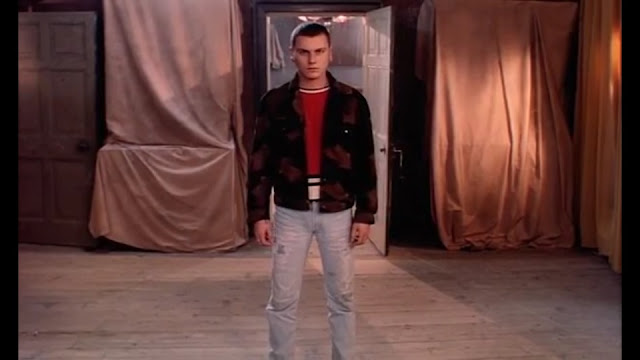 mother   nothing is made of the fact that this present Medusa is his mother, and overall this character is sorely underused! Was she on Medusa's side,? What was all that about? How'd she feel about it? And why was she =? That isn't really something that needed to be explained, but I was curious. She was so enigmatic from her first scene onwards that I thought she already was Medusa, but no, she's just some random lady. So why is she so freaky?

There are a group of cops we see intermittently investigating what's going on. They appared fairly consistently early on, but then after a lengthy absence I began to wonder if maybe we'd actually seen the last of them! Perhaps they were just here to set up the stature case for the audience, then leave. I thought better of the movie, hoping it wouldn't be silly enough to do that...Yep, that's exactly what they were here for, and we never see them again until over an hour in! 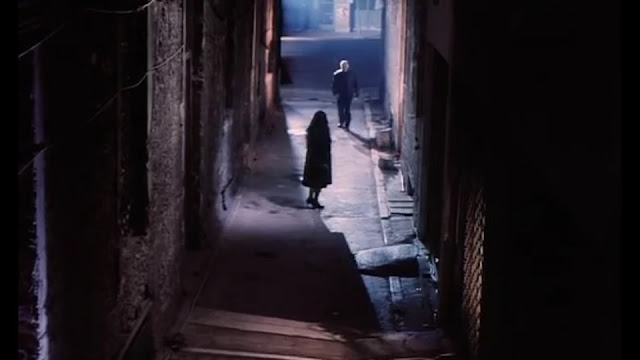 And lastly, there's Medusa herself. There's a ton to talk about her! Well, she wears sunglasses/sunnies. She has long black hair. And that's about it. She pretty much never speaks, we never see her face, and we never know what she's like or what she's thinking. No idea why she does what she does, or how. Very disappointing, really. I know you've gotta keep the mystery alive, but give us something!

The actors here all do alright jobs. The lead is a bit dull as Percy, which I'm not sure is his fault, or the script's. = does a neat job as Katia. The two playing his friends are alright. Nothing special, but they get the job done. The detective has an amazingly/gloriously Greek moustache, though otherwise doesn't do much. = was very good as the mother, but only really gets one scene. Everyone here feels like they could have done a much better job if only the story and presentation was better. 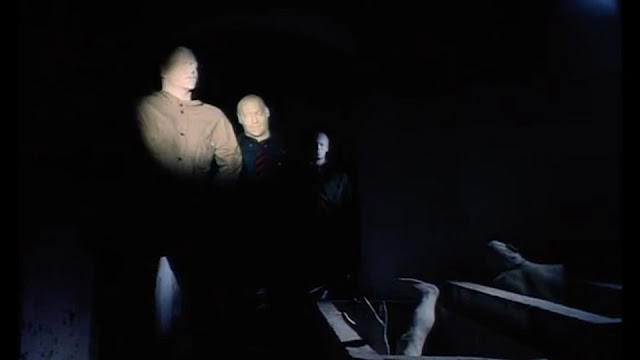 Now let's get to the high point. The direction. It is fantastic! Many scenes are shot really well, with super cinematography, neat visuals, a good balance of shadow and angle, and more! These really fit the atmosphere =, and do their part to building up a solid [atmosphere]. Doesn't work, of course, but = !. The best show it by far the one at the very end with the detectives! Man, I hated the scene, but the way it's shot was great! 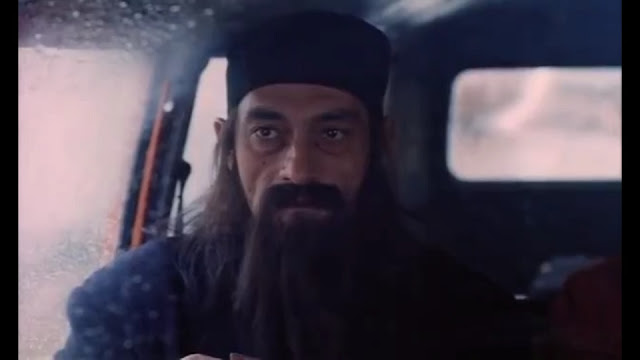 The effects here are pretty decent. In any Medusa film effects are a highlight that must be gotten right. Here we sadly don't get a traditional Medusa. We never see a freaky face, nor does she have snakes for hair. The film also suffers from the death scenes all being offscreen. This means they carry little weight, especially when they die in such a bloodless visual way. The only onscreen petrification is the mugger in the alleyway. It looks fine. A few bodies dissolve to powder, and they're done alright, though look a bit computer-ish.

The music here is quite good, with a country western style that feels a bit strange with the Greek gothic horror setting, but fits quite well. But it suffers from never really building in intensity, or amping up. The only time it ever = is during the end credits. 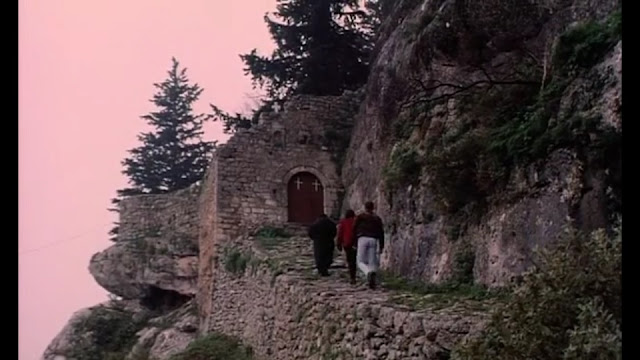 Medusa has some really good qualities, but I don't really recommend it. There are better Greek movies out there, especially in the horror genre. Still, it's not entirely without merit, and has inspired me a little =...
Posted by Chris Hewson at 11:59 PM