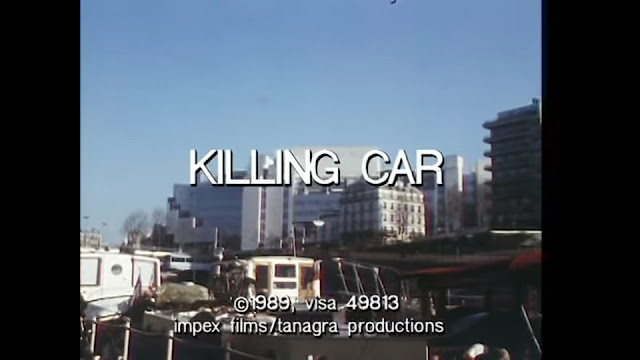 In the isolated parts of France, several seemingly random people are being picked off one by one by an unknown killer. This lady is always seen with an old green car, and leaves miniature vehicle toys at the scenes of her crimes, baffling detectives. The body count grows bigger and igger, and it seems no-one is safe from the wrath of the unknown... 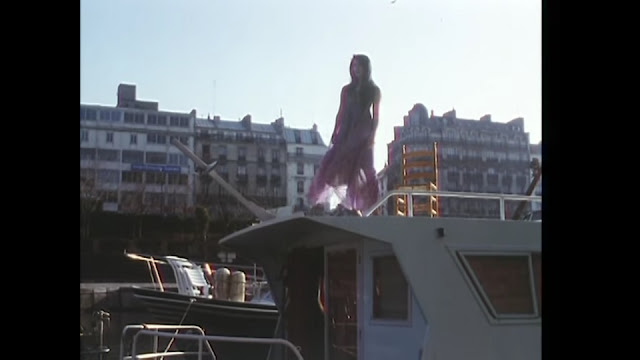 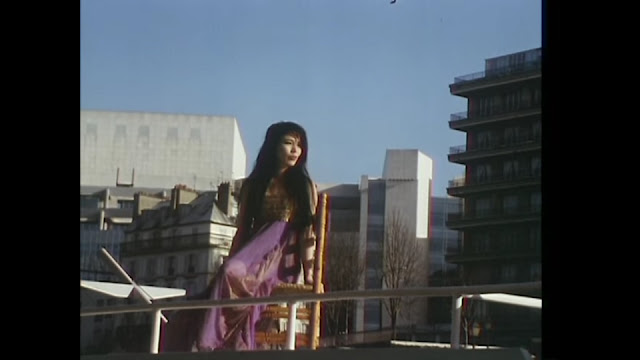 Killing Car (or Femme Dangereuse, as it's [more appropriatel]y known in French) is regarded as one of Jean Rollin's stranger films, not because it's stylistically =, as if it was a sci-fi film about =, but   It's also regarded as a weaker entry by some, but while I was left a little unsure  at first, I really came to enjoy this film/it! 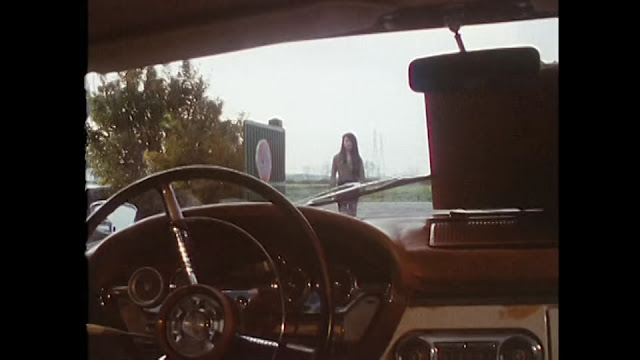 Something that really makes this stand out is not only the complete lack of vampires, or the fact that this lady at first seems more like a serial killer than lovelorn creature of the night, but rather her using a gun! Serial killers using guns is not often seen in movies. I guess knives are more stylish for the silver screen. Because of this, it makes Killing Car quite a unique watch.

The film can be divided into four distinct segments-The car park encounter/battle, the stalking at the cabin, the modelling section, and the office/business area. Each basically amounts to the same thing-The lady approaches her target, manipulates them a little, then hunts and/or kills them. Yet each segment feels different from, the other, adding a little something different to the mix. 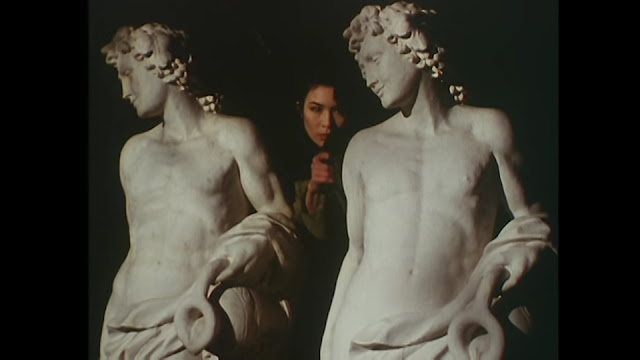 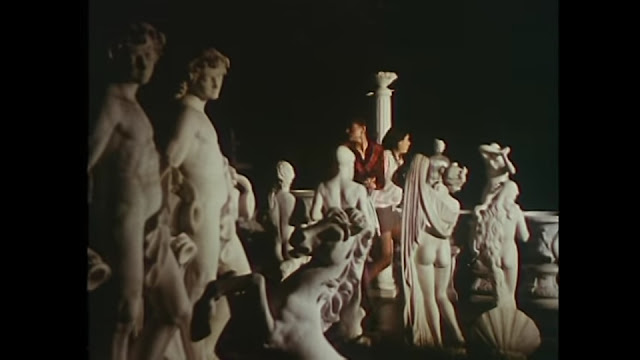 at first  random, but = with such intensity, when any self-respecting killer would just cut their losses  then as the movie goes on, you begin to wonder why she's picked these specific individuals. And why does she leave a car = at every one of the killings?

The leading lady is creepy at first, and revelations in the final act are very interesting. The remainder of the characters may only get short appearances, but are decently portrayed, and very on-the-ball too. Some are scuzzy dirtbags, others are sexy and sweet models, others are hardened prostitutes, and more. Something that amused me was how it seems every single   also has a gun! They're on pretty equal footing with the Car Lady! 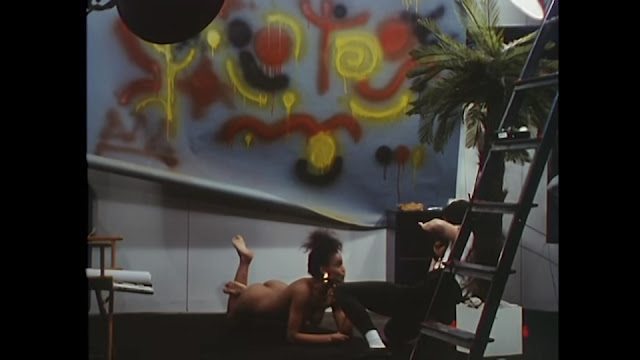 So far this is the only Jean Rollin film I watched without subtitles, and thankfully it's quite a fitting thing to watch with that disadvantage, as there's not much dialogue, and what there is is pretty self explanatory. For example, when the sleazy guy gets [handsy] with the prostitute, she basically goes "Hands off, buster!", you can guess he asks =, =, and in the scene with the two antique dealers, their whole exchange can be summed up in English with "Looks pretty suss, huh". 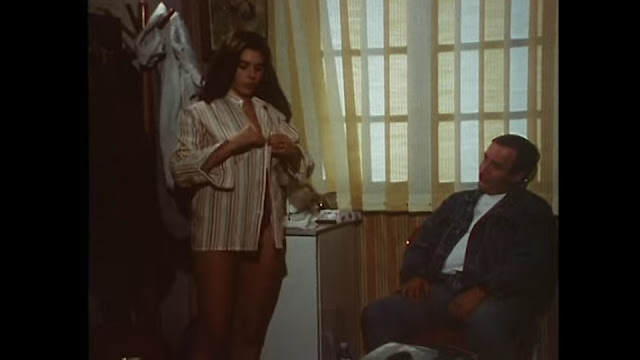 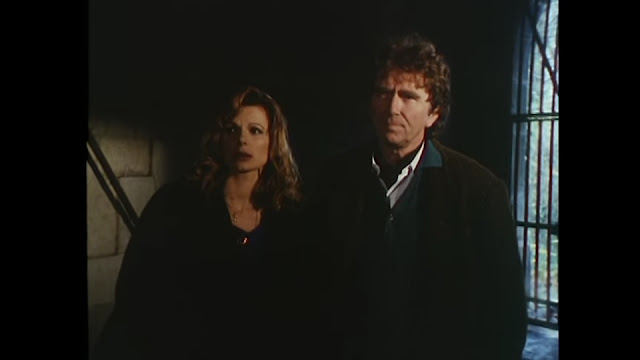 Killing Car is a very suspenseful movie, and the fact that it manages to be so despite us knowing what's going to happen in every scene is impressive! Some moments are spread over a period of time, slowly ramping up the tension until the scene reaches a crescendo, while other moments come so quickly it's shocking. The locations are effective too, ranging from abandoned train tracks, to a closed fairground, an office building at night, and more. The cabin is perhaps the creepiest, although finding yourself locked in your workplace after dark, the lights off and someone after you, is pretty creepy too! 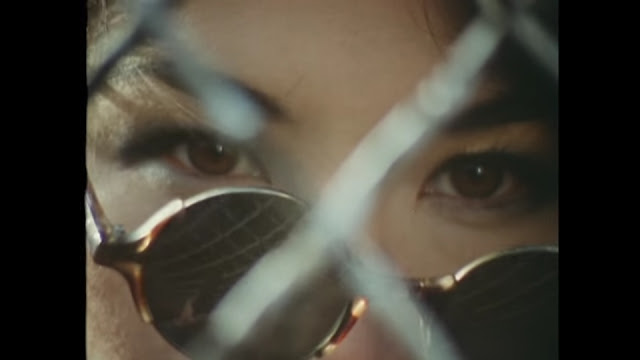 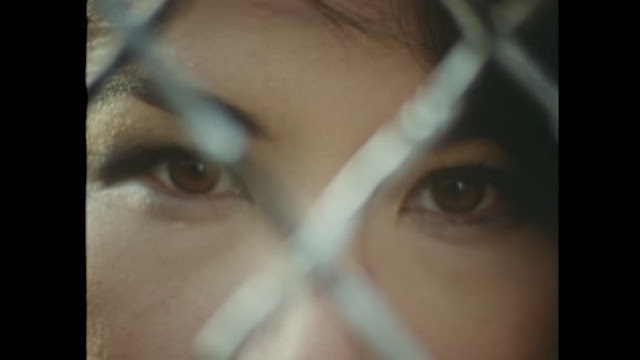 For the most part this is a completely isolated film in Rollin's filmography, with just about nothing like it. But there are some exceptions. The second girlfriend's death scene in the cabin shows this  with a scene that recreates both Fascination and The Grapes of Death. While it could be seen as obnoxious when an artist repeats a famous moment from earlier in their career, and I myself was eyeing the screen a little skeptically at first once I realised what was happening, I think it's an effective callback, especially since you'd only know it was a callback if you've already seen those movies. 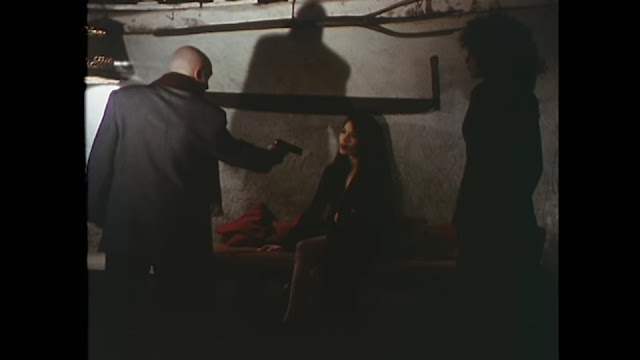 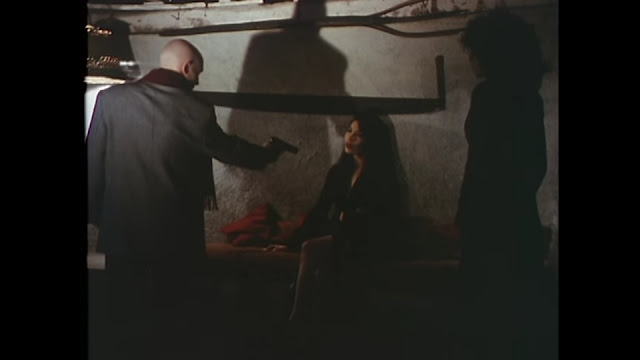 feels kinda like an expansion on Sidewalks of Bangkok

The acting here is good. Everyone do decent jobs in their short roles, and die suitably dramatically. No-one under or over acts. The standout is by far Tiki Tsang! She's an intriguing presence throughout the film, managing to be mysterious even though she's in every scene. She's softly spoken, silent for much of the movie, and speaks with a poetic delivery when those moments come. She also speaks in English sometimes, which = to those who don't know, that she's an Aussie! A countryman of mine in a Jean Rollin film! How neat! She was a model by trade, and this was her only film (the role being written specifically for her by Rollin), yet she acts experienced enough, to her credit. 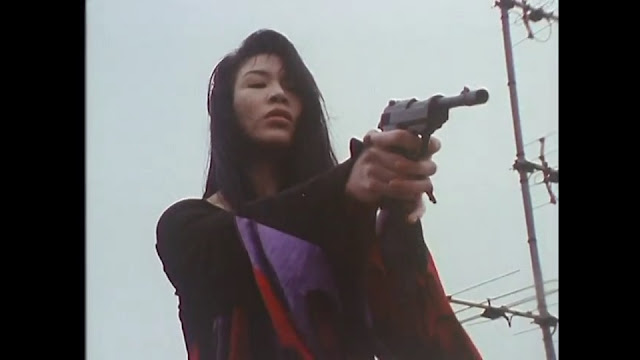 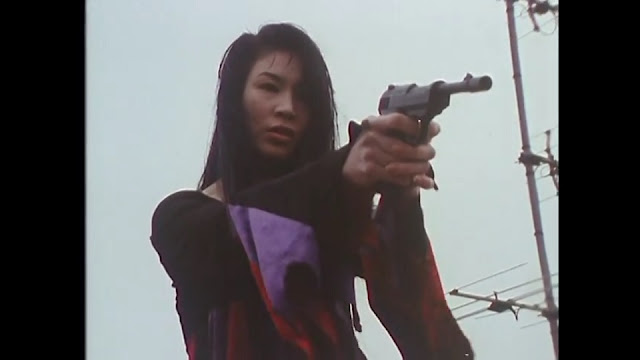 Jean Rollin's direction is superb as always. Despite a plot that could be described as mundane in other hands, every shot looks super stylish, with countless fabulous moments of the leading lady. The death scenes are filmed well

The effects here are pretty good, especially for a low budget affair. The gunshot wounds look pretty good, and though a couple manage to die without a mark on them, that's par for the course with movies, so it's not that big a deal. The pitchfork impalement at the halfway point looks great, using the small budget to good use, and knowing how to film in the right way to hide the seams. 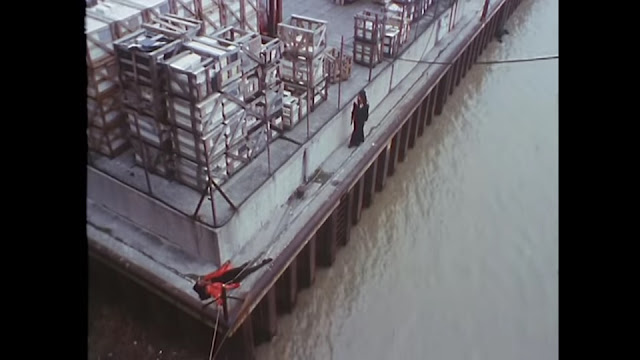 The editing here is all fine, though there are a couple of amusing moments, all involving nudity. Sometimes a character is undressed between shots (and other times they undress for no other reason than to flash a little something for the audience), =. The sound design here is a highlight too. The creaking of a door during one scene really heightens the suspense.

The score here is quite special. We've got some tense and thrilling tracks, and more action-packed beats, not to mention eerie, but also some softer and quite meaningful pieces, which I thought sound really nice! They lend an almost ethereal air to the events. 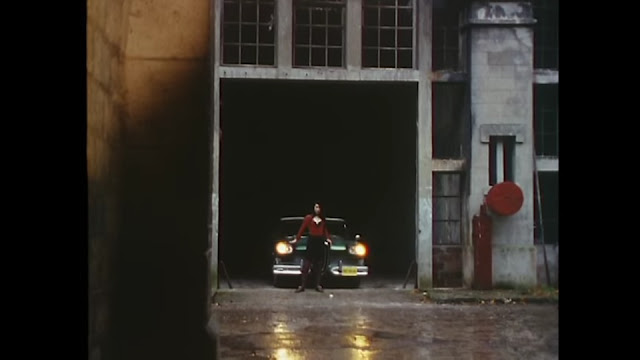 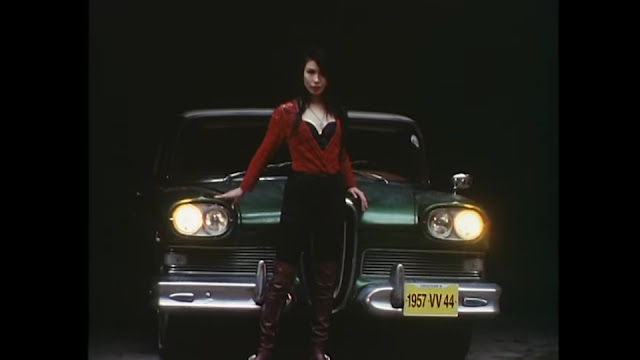 Despite its departure from the 'norm', and extremely simplistic narrative, Killing Car doesn't feel like a pointless addition to Rollin's oeuvre, and is well worth a watch for fans of his, as well as those with an interest in the weird and freaky...
Posted by Chris Hewson at 7:23 AM