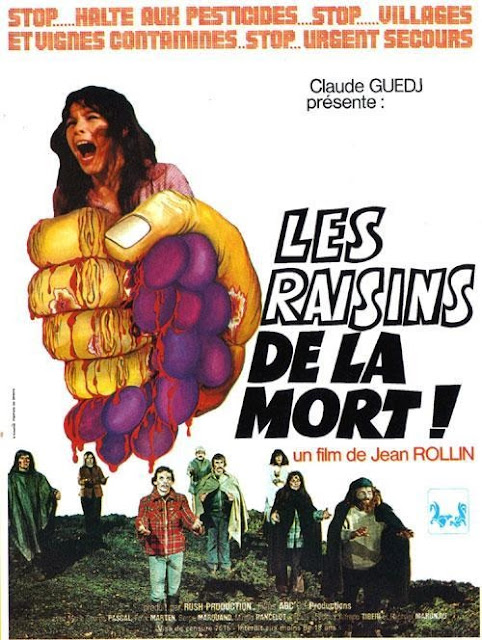 French director Jean Rollin was most known for his lesbian vampire outings, but occasionally he diverted to do something completely different, be it a pulp serial style adventure, a personal fantasy project, or whatever the heck Killing Car is. Today's film is The Grapes of Death, his entry into the zombie canon... 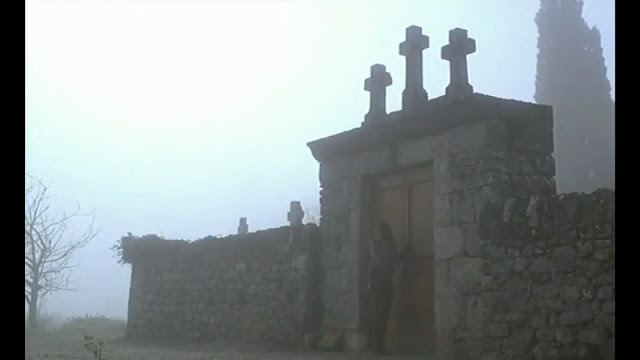 In the French countryside, the workers of a wine vineyard have sprayed the orchard with a new experimental pesticide. A short time later, a woman named Elizabeth has travelled to this village. Within minutes her friend is found dead and she is attacked by a mysterious stranger. She escapes, but finds no safe havens wherever she goes, and the whole community has been transformed into an army of the living dead...

The Grapes of Death is a really neat zombie movie! It's a simple picture, but one that uses its low-key nature to the maximum. This might be the best darn 'simple' zombie movie there is! Feeling reminiscent of Let Sleeping Corpses Lie (it in fact feels like an alternate universe version of that film), it provides its own unique spin on the material. It's really interesting, not to mention creepy, how in the span of a single day this calm and quiet village is absolutely torn apart! We don't see most of the damage as it happened. To the movie's credit it manages to keep all of this offscreen yet retain all interest. We rarely feel like we'e lacking for not having seen it. 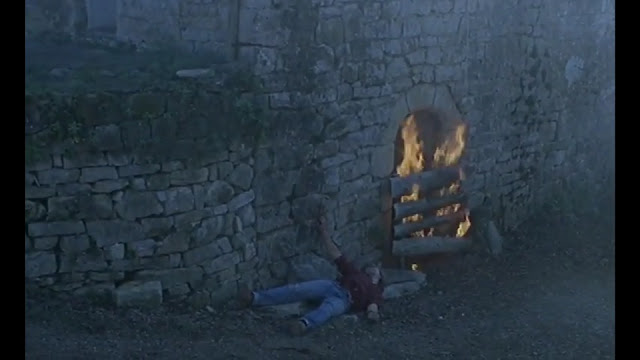 The film's lead is nice. We like following this character, who's quite proactive! She's scared, and stressed the hell out, obviously not prepared for anything like this, but she seriously hold her own! She packs heat and knows [where to aim], she'll run down zombies, she thinks and moves wisely, and tries her best to find and calm down any survivors. She never comes across as a blank/dull superhuman, or useless lump. 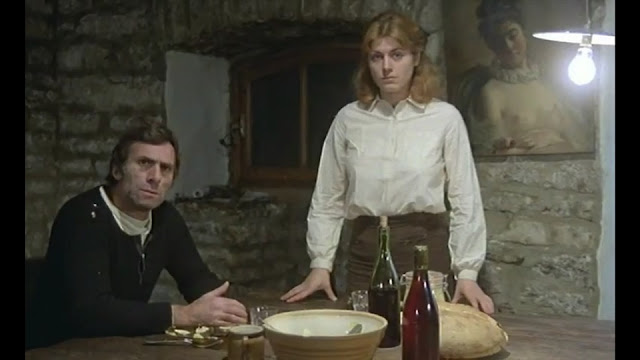 The remainder of the cast is good, despite often appearing fleetingly before dying or going crazy.

They're not your average kind of zombie, with nothing left of their old self. Here the people still retain enough sense to distinguish right from wrong, but unable to stop themselves. From the father horrified at killing his daughter, to the man desperately shrieking he's not dangerous while bashing/as he bashes his head against a window, or the blind woman's husband, who goes truly insane! 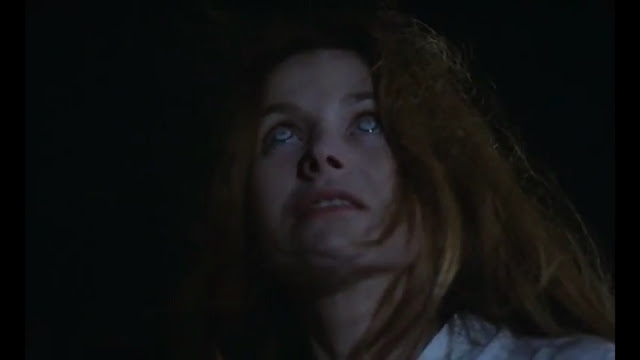 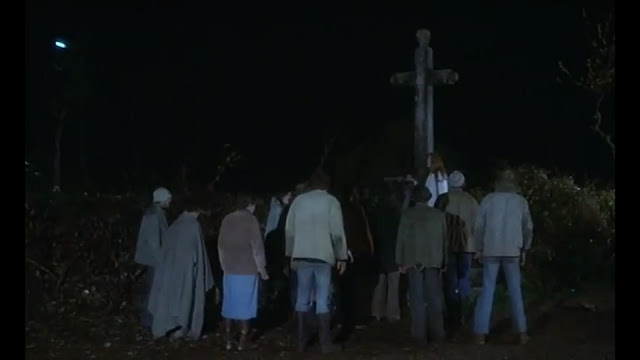 The method of zombification here is of course the chemicals on the grapevine, which has some interesting effects. None of the zombies seem to infect others with a bite, or anything like that. Rather, the vector is in the wine! Asking the French not to drink wine is like asking a cat not to jump!

Regarding its central message (be natural, don't use deadly pesticides), The Grapes of Death handles it quite well! I'm of the opinion that not everything needs to be subtle, depending on what you're trying to tell, but in many cases it's nice to be given a message and not be battered over the head with it. 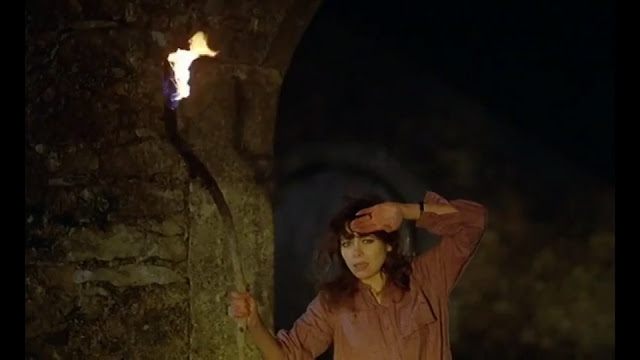 The pace to The Grapes of Death is slow, but never boring. The lack of a plot might be a turn-off to some, but for me at least it actually helped. The movie

Where things started to fall apart for me is the last act. Despite there still being a town full of zombies to deal with, the heroes seem more interested in just leaving, and that's it. Fair enough, and it keeps the rest of the movie from spending it's final half hour stuck in the same place as the previous half hour. But there is zero opposition during this last act, nothing of note really happens, and the ending is really disappointing! I won't spoil it, but the heroine does something so mind bogglingly stupid and craven that it really effects the movie as a whole. It makes you feel annoyed, it's out-of-character, and leaves you just yelling at the screen! And then the films stops. No real ending or conclusion. Just frustration. 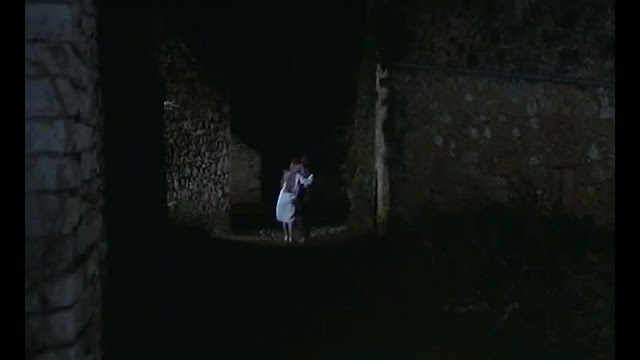 Aside from the big issue there were a few little things that annoyed me, but they were usually tempered with equally good upsides. The blind girl Lucy for example is a good companion, and I was wondering if the rest of the movie would be about these new friends helping each-other through this nightmare, despite their disabilities. But nope, poor Lucy just won't calm the fuck down, and gets [killed 10 minutes later]. It's a shame, but at least her departure is truly memorable and shocking. 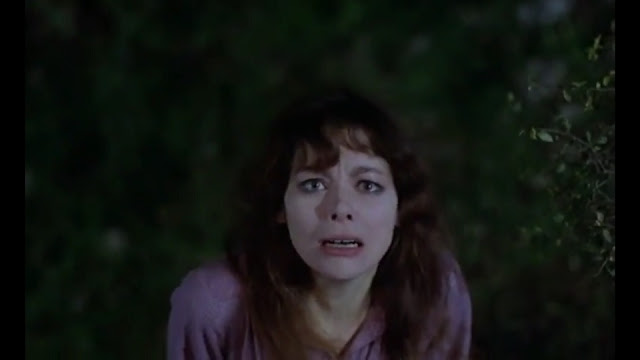 Then there's Brigitte Lahai's crazy lady. She adds a distinct and unusually hilarious flavour to the movie. With her off-putting behaviour and blackly funny dialogue, she's an amusing presence, and very different to previous companion Lucy. However, she acts a little too crazy too early when she turns on the heroine. I didn't mind it happening, but I wish there's been more time to get to know her and get comfortable (or rather uncomfortable) with her presence before she turns full-on villainous. I also wasn't clear on if she was infected or not. She bears no marks of any kind (as she's all too eager to show, stripping off entirely, much to my delight), and it seems like she might have already been crazy, or driven mad by the events of the outbreak. But then suddenly in her last scene it's kinda revealed that she is? It's a bit confusing. 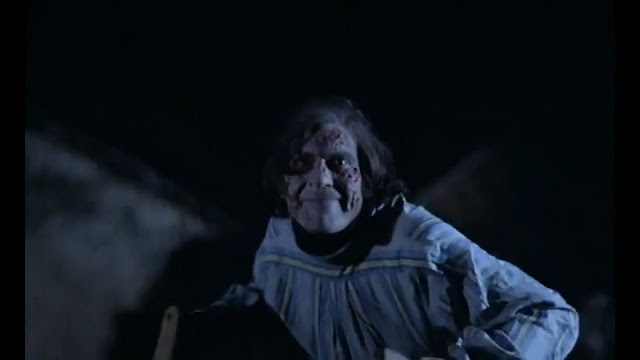 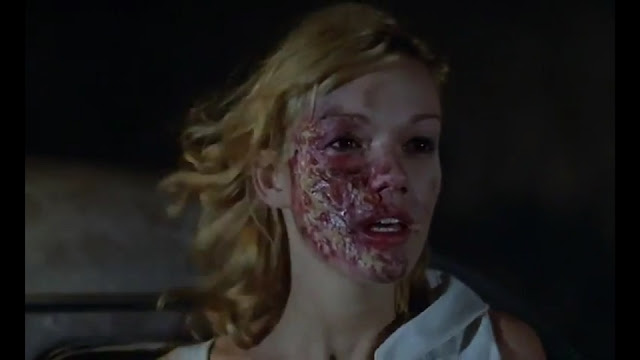 The two vigilantes that show up in the final third are a much welcome addition, as they provide a better fighting chance against the horde, and set up the climax. They're alright characters, but it feels like they're missing a little something.. For example, the older guy seems like the character who's set up to cause trouble down the track, and if a certain other person wasn't really infected, everything we see there would make perfect sense! Elizabeth is just trying to protect her innocent fiancee from this hunter gone off the deep end. But that's not the case, as he's always perfectly sensible and levelheaded.

The actors all do good jobs here. There are no bad performances, only slightly milquetoast froma couple. Marie-Georges Pascal is a very capable lead, while Mirella Rancelot impresses as the blind girl, getting a memorable role despite her limited screentime. Brigitte Lahaie is as crazy as she usually is in Rollin's films, though appeared a bit too little for my liking. 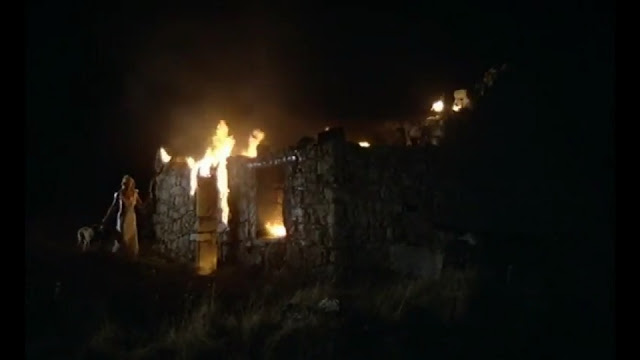 The music in The Grapes of Death is very minimal, to great effectiveness. The movie opens with an eerie beeping tune, that creates an immediate sense of unease as we see the masked workers spray the orchard. Without any exposition whatsoever that music tells you everything you need to know about the pesticide. There's a quite different track that plays during a few landscape shots, andit's good sometimes. One minor problem is when this music suddenly starts up during an ill-fitting scene, then stops just as quickly. It didn't feel right for the scene and too little was played.

The French countryside here is beautiful, and the calm serenity yet sheer emptiness provides an atmospheric feeling, and the pretty visuals never make you feel too comfortable. In a way it's creepier that all this is happening in such an otherwise peaceful patch of land. 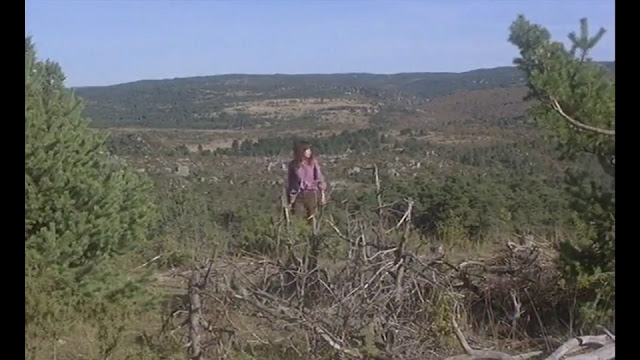 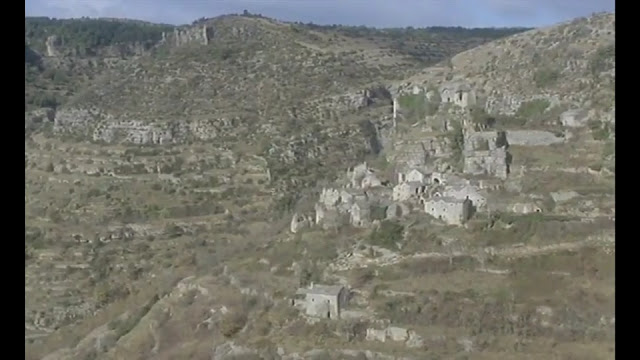 The effects in The Grapes of Death are marvellous! The zombies look real gross! We see them at different stages of infection, and it's cool seeing how they gradually start decaying more and more. The gore effects are very well accomplished too! There's a pitchfork impalement that impresses, and a pretty stunning decapitation! I'd say it looks mannequin-y about 20% of the time, and very realistic the rest, especially with how the neck looks! The disembodied head is great too. It really looks like the actresses head! This was undoubtedly a low budget affair (you can tell from the fact that all it's really about is a couple of Frenchmen running around a village for an evening/a day), but one that used its money very wisely. It never looks bad, and those bursts of violence really sell it. 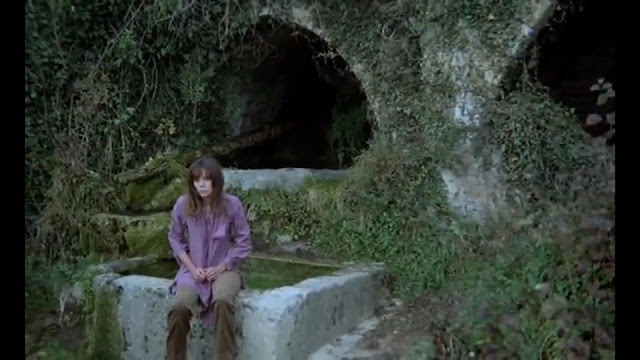 The Grapes of Death might not be Rollin's most interesting or artistic film, but it's perhaps the best made of his movies that I've seen, and is a minor classic in the zombie genre! It brings something new to the table, provides plenty of scares and chills, and doesn't disappoint either those looking for subtle atmosphere or wild gore. There's lots to enjoy here, that's for sure...
Posted by Chris Hewson at 1:31 AM