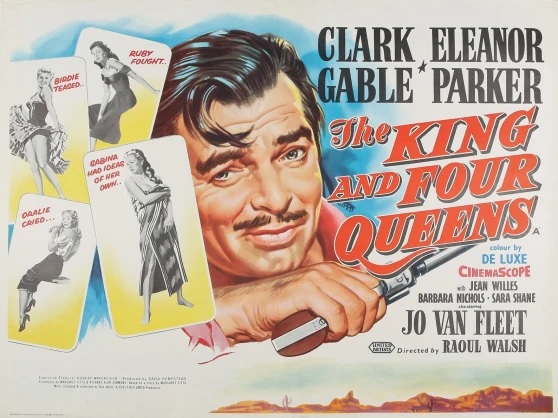 Dan Kehoe is a mystery man from out of town, who stops by the nearly empty settlement Wagon Mount, homeplace of the infamous McDade brothers. Three of them died in a flaming shootout with a posse after a gold heist, but one is suspected to have escaped, and the gold was never found. Since then their four widows stay at the ranch with their bitter mother-in-law. Kehoe's arrival sets them all on edge. The mother is skeptical but curious, all the widows are curious, and hungry for the gold... 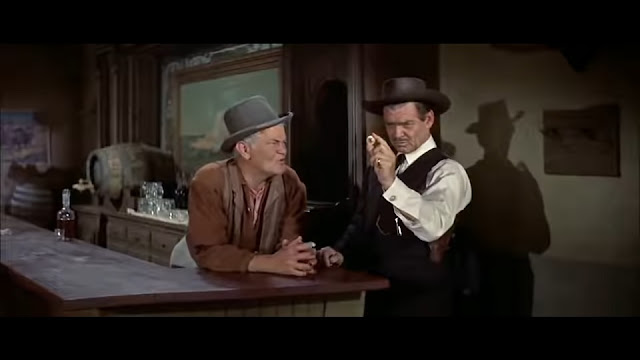 The King and Four Queens is an entertaining western, with a fun spin on things. Rather than being your typical fighting between noble lawmen and dastardly outlaws, the film is more of a romantic intrigue story. It's an effective way of grabbing your interest, and the film always keeps you on your toes. Where is the gold? Which of these women knows? Are any of them for real and innocent, or are they all after the loot? 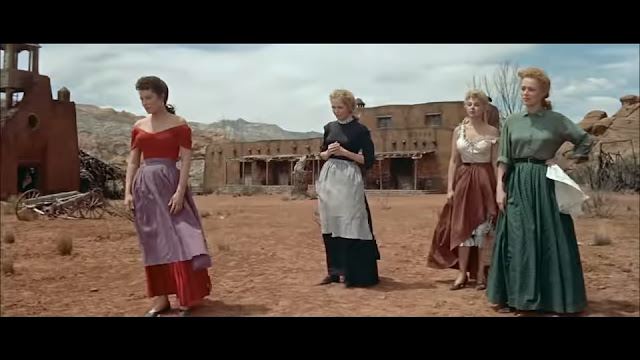 This is most definitely a character piece, and in that area it excels. Dan Kehoe is a mysterious lead with motives that make you curious. He has a charm that helps him survive the movie, and not get shot instantly by the irate Ma.
The women are sympathetic to a degree, cooped up in this shitty ranch with a borderline abusive mother-in-law. But then again, they could always leave if they really wanted to. But they're greedy for the money, so they stay. It's a neat dynamic. 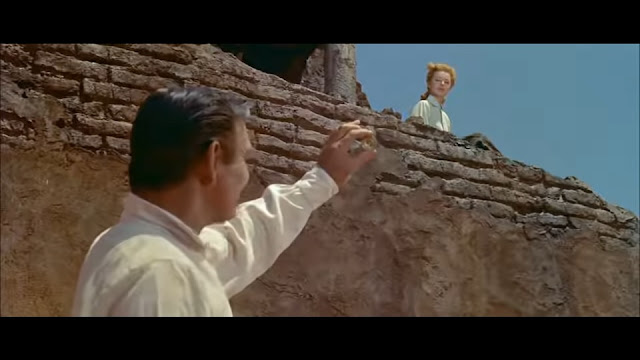 All four of them fancy a ride with Mr. Kehoe, and I don't mean on the horse. As for which of them does, well it's the girl who shows instant hostility towards him. You just know they're gonna be the ones to end up together in the end!
Ma McDade comes across as a total bitch most of the time, but thankfully the movie does see fit to flesh out her character. Despite her preachiness, she does admit that she fucked up in raising her sons, and admits totally to how they spent their lives. That kind of awareness is appreciated, and makes her more well-rounded. 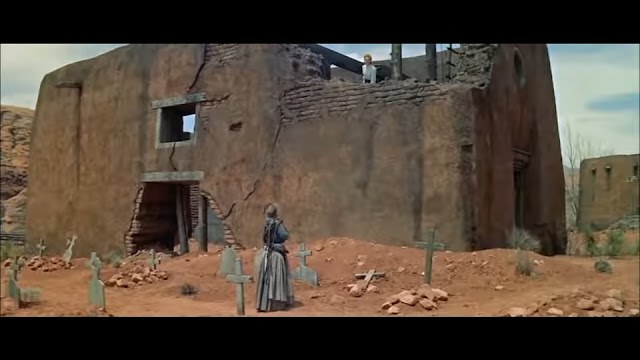 The film always moves at a good pace, and despite its minimalistic setting and cast, it never drags.
Where does the movie falter though? In its conclusion, which is where I started to get confused! I lost track of who was who, and everything just washed right over me.  I was also a bit disappointed with the resolution for all the other women. After the ringing of the bell, they're never seen or heard from again, and all their character arcs are left unfinished. I'm not asking for extensive conclusions, but at least a little resolution woulda been nice, like the ladies finally deciding to leave, and Ma accepting the death of all her sons. 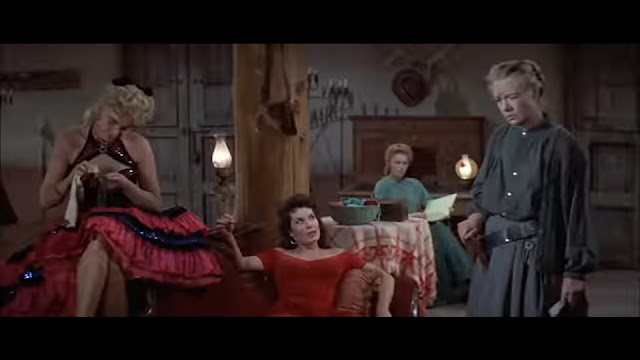 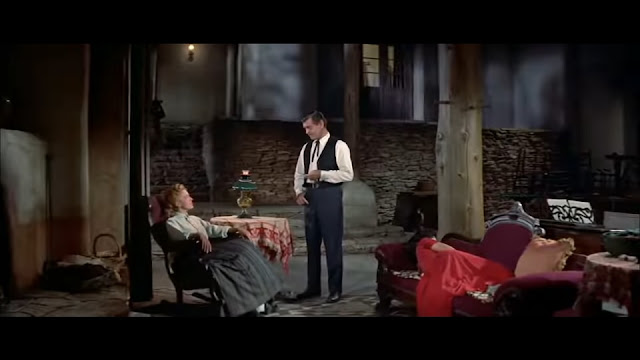 The movie portrays a neat slice of bygone western Americana. Although it does rile me up to see these people cook scones and call them biscuits! Damn Yankees!
The score is pretty minimal, probably just routine archive music for a western. The bulk of the soundtrack is made up by the cast singing a few ditties, including several mini reprisals of Wish I was in Tennessee, and the Sweet By and By, among others. 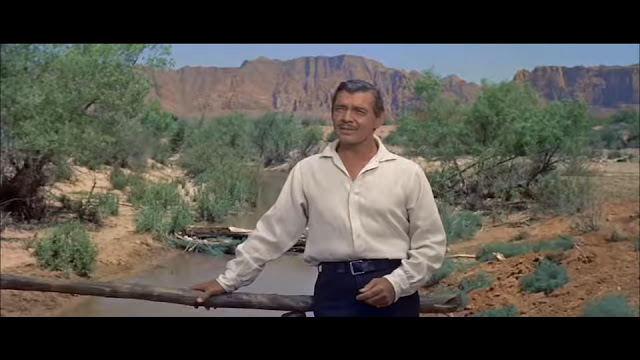 Clark Gable cuts a rugged older man, and you can totally see why all the ladies' panties would drop at the sight of him, especially after being on their own for so long. Some men can't still be the romantic lead into their twilight years, but Gable was an exception. Funnily enough he's actually 14 years older than Jo Van Fleet, who plays the mother! In fairness though she was only 42, and made to look older. She apparently did that a lot. The women all deliver good performances. A couple of them do blend together, but none do poorly. The most distinctive actress here is Barbara Nichols, known for her screechy and childlike voice. She's not as annoying here as in other movies (which I put down to better direction), though she still might be an acquired taste. The best performance of the lot is from Jo Van Fleet
The movie is shot all on location, and is neat! The collapsing old town is a great setting, and the wide expanses of orange and green look neat, with the cliffs providing 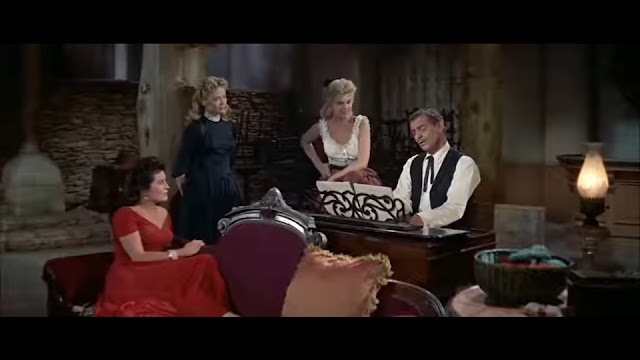 The King and Four Queens is a neat little picture. If you're looking for a western that's a little different, but still feels like your typical oater, this is worth checking out, especially if you like Clark Gable...
Posted by Chris Hewson at 11:57 PM