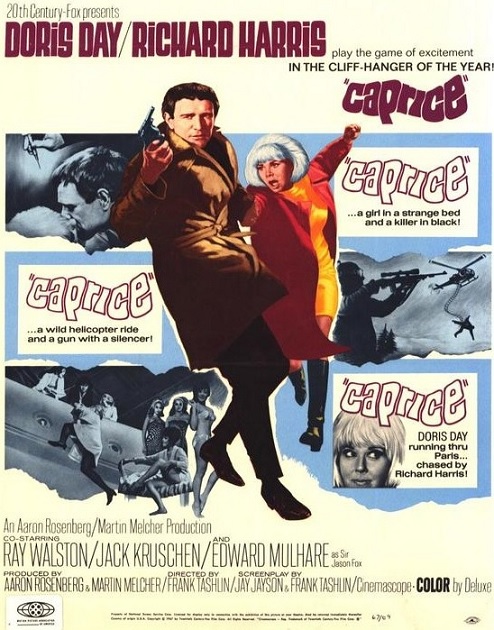 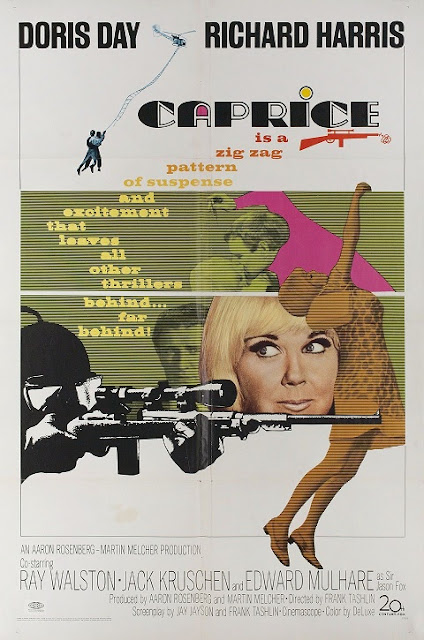 Patricia Foster is a secret agent, not for a government, but for a cosmetic company. Working for the friendly but underhand Sir Jason, she stages a defection in order to steal secrets from the opposition, but soon finds herself in a whole mess of trouble. She begrudgingly throws her lot in with fellow agent Christopher White, whose allegiance is unclear, and together they uncover a conspiracy to dominate the market... 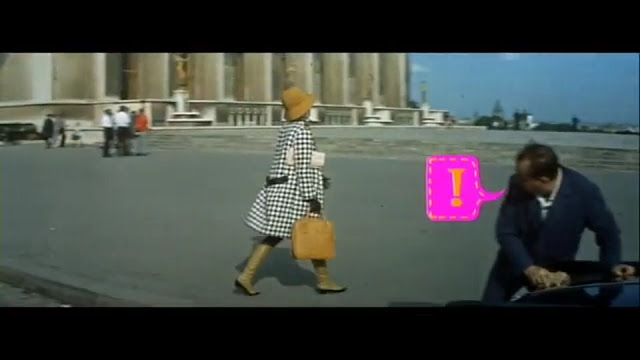 Caprice is a real mixed bag. It's not terrible, and I suppose it's a passable enough way to spend an afternoon, but it never really wowed me. The film wasn't what I was expecting at all. I thought it would be a legit spy-comedy, maybe something along the lines of North by Northwest or Charade, but instead it ends up being a comedy about cosmetics. This isn't a dealbreaker, though it takes a bit of used to getting to the plot, and it's all a bit hard to take this cloak and dagger stuff seriously for such paltry stakes. 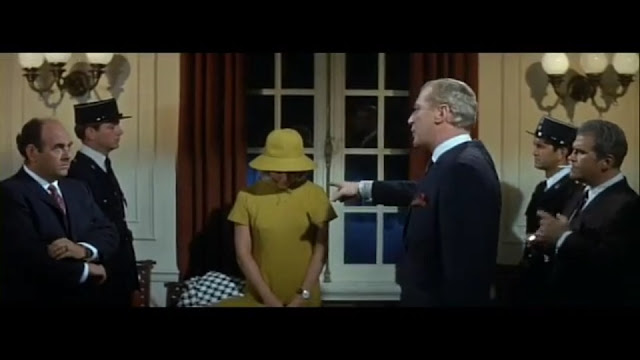 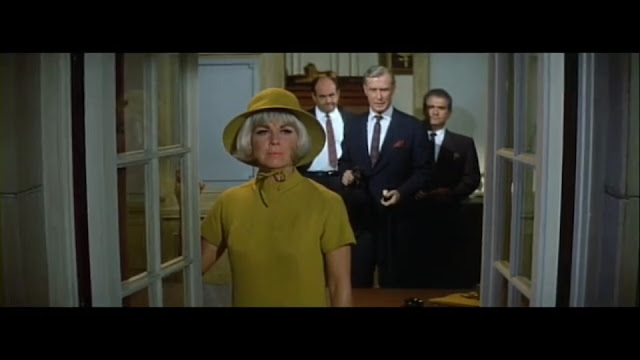 This is when Caprice begins to get confusing. The plot is a mess of constantly shifting allegiances, heroes who turn out to be villains, villains who turn out to be heroes, and more. There are plans within machinations within schemes, and who wanted what really began to lose me at many points. The climax is the height of this. What characters are and aren't aware of is a muddle, and it's all a mess of 'I know, you know, we all know, except we don't know'. But for all its confusion, the movie does genuinely keep you on your toes. 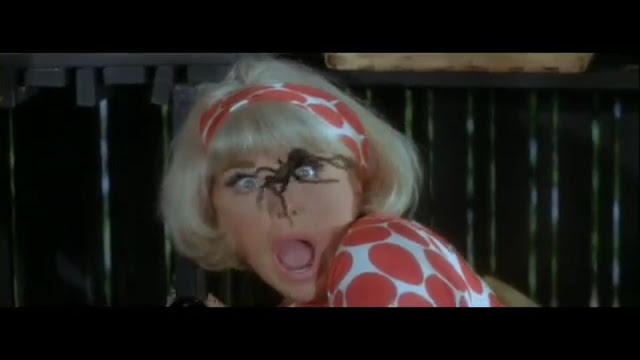 As the film goes on, the plot gets more serious, and I wasn't sure what to make of it. The goofy plot of stealing hair spray didn't seem to gel with the legit espionage related murder at the beginning, and I worried that when this plot was reintroduced (if it ever was), it might feel at odds with the rest of the movie. Thankfully this didn't end up being the case. It's not seamless, but Caprice manages to mix tones quite well, culminating in a decently satisfying final act. Although the fairly small cast meant I guessed who the villain was half an hour before the end. Still a good reveal though!
Once you get past the plot, and taking this ridiculous stuff seriously, this is a fun look at the espionage that goes on in the cosmetics industry, showing the lengths companies will go to for what basically amounts to a fancy bottle of hair lotion (speaking of, how the heck do you wash out a lotion that's impervious to water?). 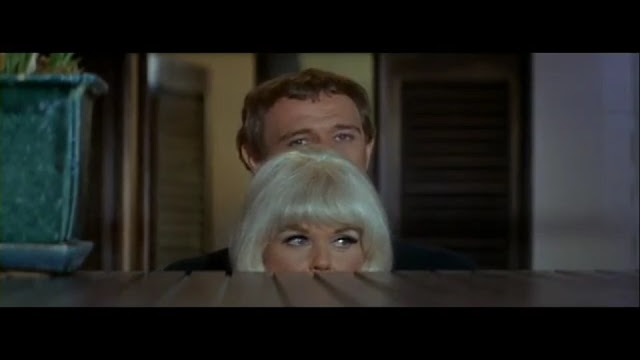 The romance here is typical. Guy and girl, strong dislike, apparent deception, death defying adventure, and falling in love. There are a few amusing moments, like the shower bouquet scenes.
The film's most bizarre scene is when the characters actually go to the theatres and watch Caprice! The very movie they're in! If that's the case I don't know why anyone's surprised at all the twists and turns later! 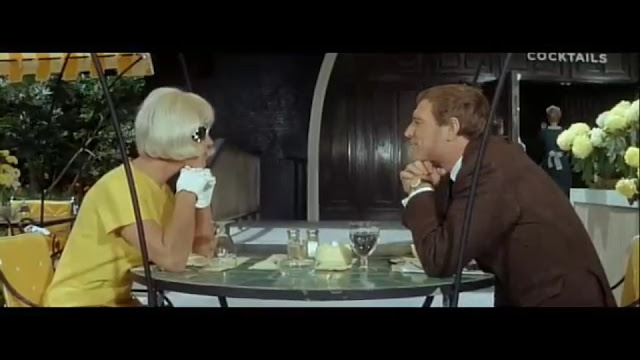 Doris Day is decent here, if not in top form. She does fit well in the role, but the character herself is a bit all over the place. Richard Harris is a bit strange at first, but I got used to him in the role, and he does reasonably well. Edward Mulhare gets a nice role and plenty to do. Ray Walston is also weird, sometimes in an effective way, and certainly never dull. Jack Kruschen is more comic relief then an actual villain, and is amusing. And lastly, Asian-American actress Irene Tsu gets a nice but short role. Naturally since she's Irene Tsu, the movie wouldn't be complete without her taking her kit off and strutting around in a bikini. 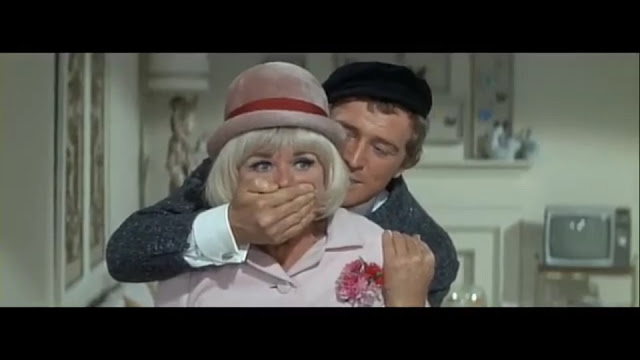 Day's part in Caprice came about due to her husband carelessly signing her up for several new projects without telling her, much to her frustration. The directors have discussed how they rewrote the script here and there to please her. In many cases an actor insisting on script rewrites can be the sign of a diva, but here you feel for her, and if I got shanghaied into a movie I'd probably try and cater it to my interests too. And who knows what problems the script may have had. It might've been better than what we got, or may have been worse! In any case, Day had been working in the movie business for 20 years, so knew a thing or two about good stories. 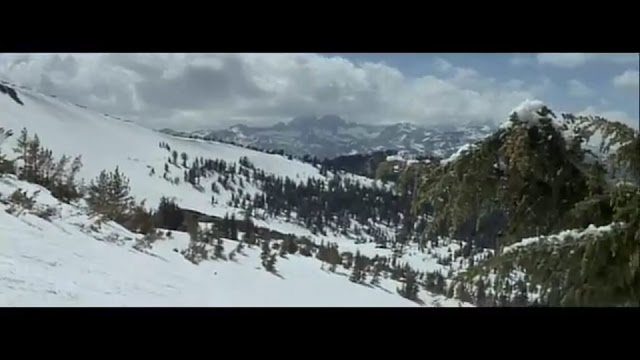 Overall, the best compliment I can give Caprice is that by the end, it did feel along the same vein of Charade, albeit not Hitchhockian at all. It's a tolerable watch, and fans might enjoy...
Posted by Chris at 7:25 AM