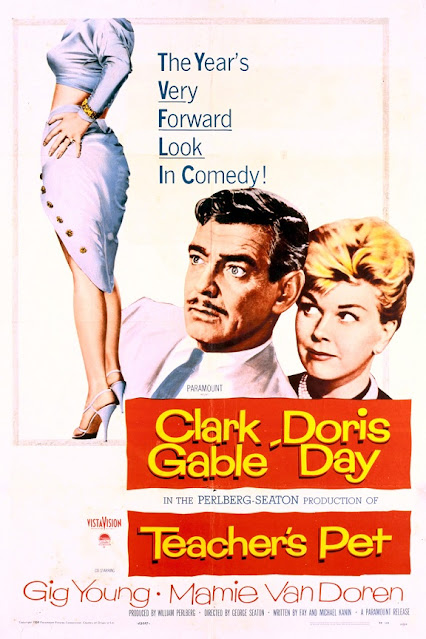 Jim Gannon is a seasoned reporter who doesn't believe in education, instead holding the belief that real learning lies in hard-earned experience. This opinion earns him the ire of journalism professor Erica Stone after he writes an insulting letter, and when he goes to her class to begrudgingly apologise, he realises she's a fascinating and attractive lady. When asked for his name, he gives a false one, and quickly becomes the apple of her eye, until the inevitable moment when he must tell the truth... 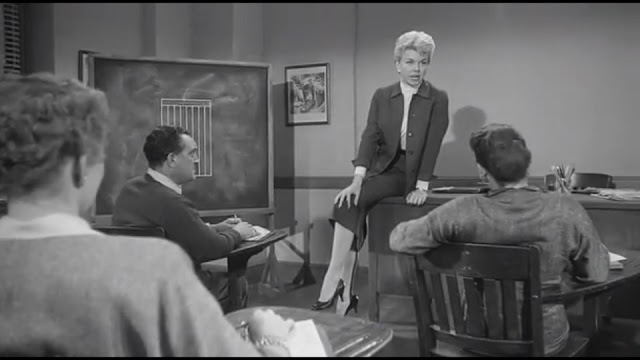 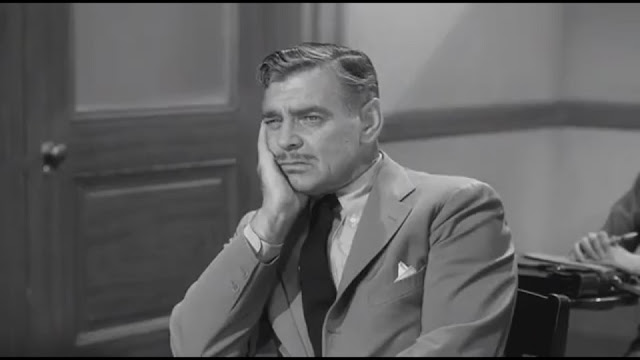 Teacher's Pet is a fun romance with an interesting central message. I dig how the movie isn't a battle of the sexes in a traditional way. It's not a conflict based on him being a strong man and her being a dern uppity woman. Instead it's more subtle than that, zeroing in exclusively on their careers and matter of experience. It's a refreshing take on the whole dynamic!
The plot is fairly basic, and is yet another example of a man beginning a romance with Doris through mistaken identity/deceit, but it takes some great turns. The conversation between Jim and Erica's supposed psychologist paramour is a genre-defying highlight that I loved. The movie never tries making him the Other Man, or insert a cliched love triangle, instead just presenting him as a legitimate friend to both parties. While her discovery of the truth is cringeworthy in the best way. Jim has decided to turn over a new leaf, and is preparing to tell Erica everything when guess what his boss wants him in his office for... 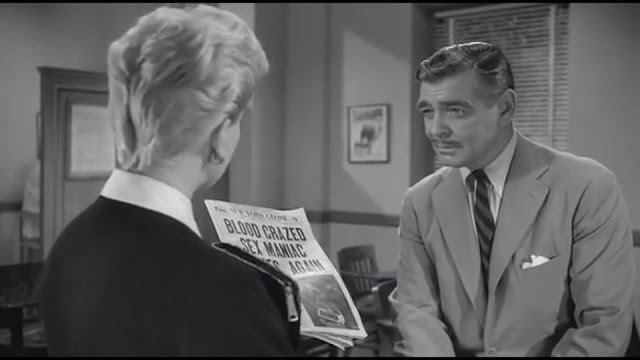 The whole last act is great. Normally when the lady doesn't believe the guy even though he's now contrite, he usually has to jump through hoops. But here we have a psychologist friend who actually tells her all of this, and gives her the complete rundown for why he trusts Jim's sincerity. Of course, it's not an instant cure, as Jim has still gotta do the appropriate legwork himself.
It's this part of the climax I didn't really get. The movie had already got all the pieces in place, it just needed to bring them together. Then it suddenly introduces/adds a new dimension, which feels a bit unnecessary. During the course of the film, Jim discovers Erica's father was the greatest reporter since sliced bread, which is a neat touch that fleshes out her personality well. But the ending's take on it rubbed me the wrong way.
The film does a great job at presenting its lesson to the audience of the day. Though I must say the core message is pretty outdated now, precisely because of how true it still is/but not for the reason you'd think. It's not that you don't need a good college education nowadays, but rather you do but it's prohibitively expensive. What probably cost $200 back then costs like $200,000 now, meaning that you're average joe bloggs has no way of affording the fancy education they so desperately require for a career. 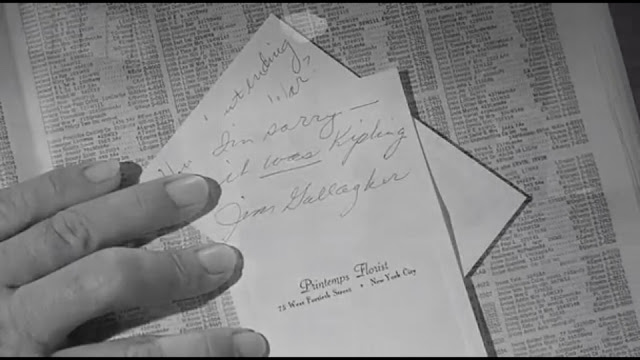 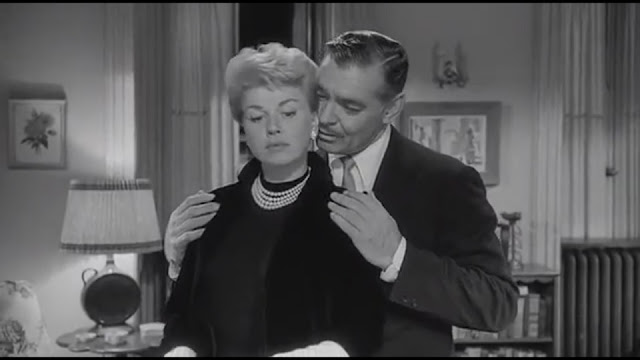 Onto the characters, Jim is a bit of a traditionalist, with a propensity for getting fresh, but he's not a dickhead at heart, and he displays a genuine capacity to change and learn. This all makes him a good lead to follow.
Erica is likeable and intelligent, and it's a treat seeing her one-up the confident Jim. Although given how expert his knowledge and skills are, she really should have been suspicious from the get go. Her chemistry with Jim is good, especially after discovering the truth. If there's one thing Doris was great at, it was spurned hostility!
The rest of the cast does well, and even if they have but a few scenes, and feel like they could've been snipped out with little worry, they did add some extra depth by the end. 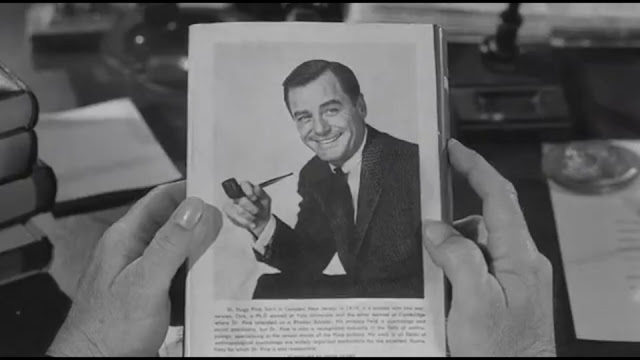 Teacher's Pet is quite a cheap/low budget movie, despite its stars. It takes place primarily between the same two sets, like it's a televised stage play, and it's shot in black-and-white during a time when most pictures were in colour. Thankfully none of this is an impediment. I'm of course not a philistine regarding black-and-white (occasional movies excepted), and Teacher's Pet lacks many of the common hallmarks of 'stage play' movies that drag them down.  One last thing to note is fashion. Everyone dresses pretty normally, and there's no colour to speak of, but Doris Day wears such a bizarre hat in the ending that she honestly looks like a frontwoman for Devo! 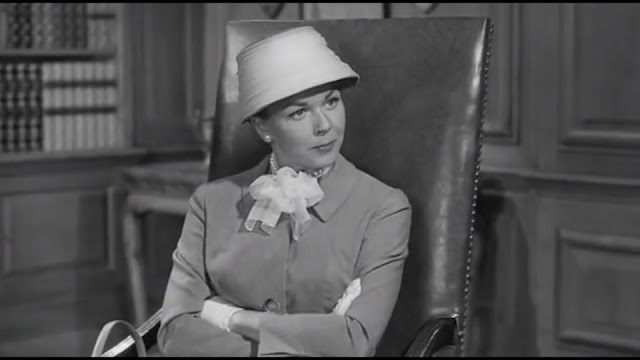 Now we come to the only real problem with this movie, and boy is it a big one! It is a soul-crushing two hours! This is not a complicated film/narrative, and nothing about it needed to be that long. And as you watch, there'll be numerous scenes you'll wish to take a scalpel to. Like when it takes Gig Young what feels like 5 minutes just to answer the door. An entirely unnecessary character was Jim's girlfriend. I like Mamie Van Doren, and her musical number is a lot of fun, so by all means keep her in, but making her Jim's girlfriend perhaps adds one too many elements, and makes him a bit caddish. This isn't helped by her complete disappearance halfway through. 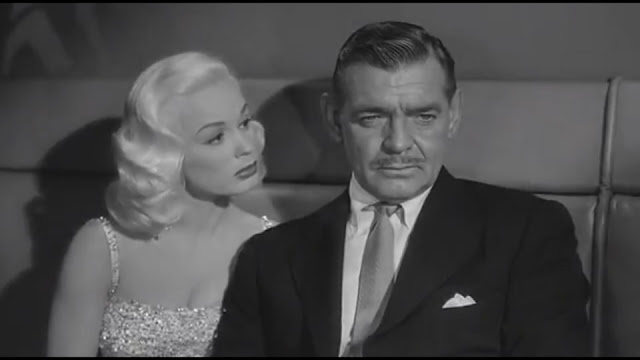 The actors here are all good. Doris Day and Clark Gable are fine leads, and complement their characters perfectly. There is a bit of an age gap between the two, but not too egregious. Doris was hardly a baby-ish 20-something at this stage, and Gable's character is meant to be a mature and well-lived character, so it makes sense. Gig young is a pip in his performance, a young Nick Adams has a good role as the fresh-faced reporter pupil of Jim's, and Mamie Van Doren is a cute floozy as her character.
Musically there isn't much here. The title song is a nice ditty by Day, but otherwise the movie plays out pretty silently, which is a disappointment, adding to the prolonged feel. 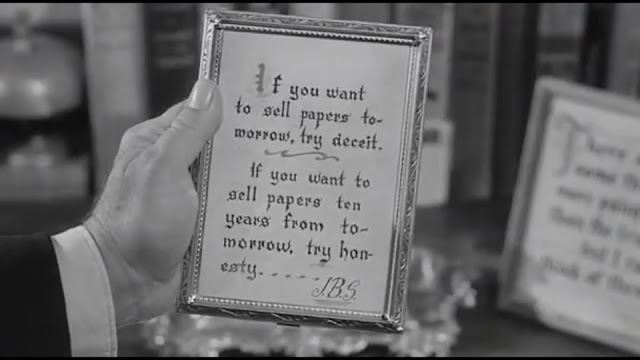 Despite its problem of length, Teacher's Pet is a nice watch, and fans of the two leads will definitely get a kick out of it!...
Posted by Chris at 7:21 AM