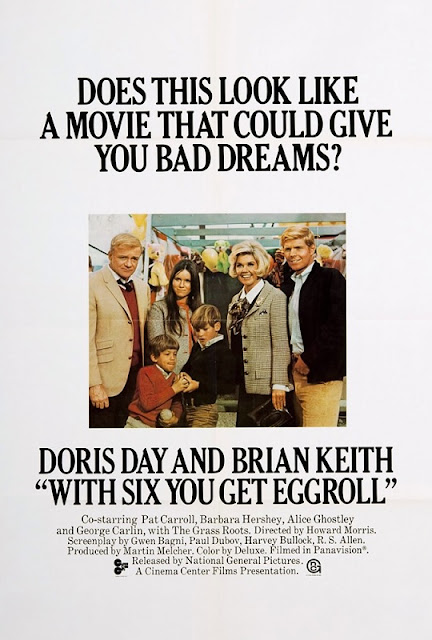 With Six You Get Eggroll is notable for being Doris Day's last ever film role. It wasn't her last acting gig, as she still had her own television series, running a respectable five seasons, but in terms of her film career, this was the end. So how does the movie stand up? Is it worthy of being such a milestone picture? 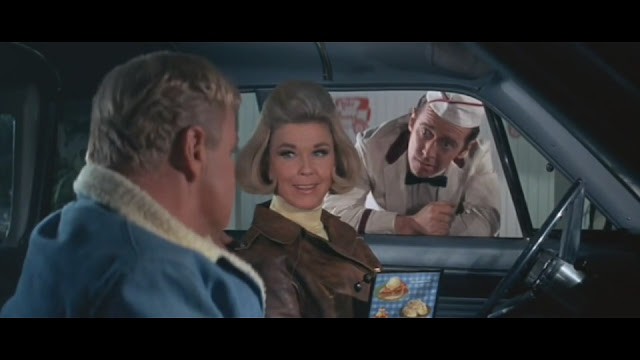 Abby McClure is a widow and mother of three, managing her construction business. She insists to her friends that she is perfectly happy on her own, but they set her up on a date with old friend Jake Iverson, also a widower. The two have a slightly frosty reunion at first, but soon fall in love. But now they have to work to get the kids on board...
This is a fairly decent movie to begin with. The title is a weird one, but once you understand it, it's fairly amusing and unique. The plot is your typical Cheaper by the Dozen style story, and contains all the expected awkwardness, but thankfully it never feels too much, to start with. There's a fun sense of humour, with a surprising amount of sex jokes! We're not talking 80s sex comedy humour though. More witty and sophisticated (not that I'm trashing those films, don't worry!...much). 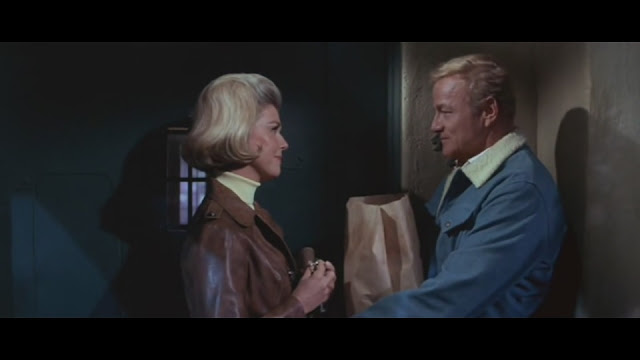 The characters are alright. Abby is a likeable lead, and is an industrious protagonist. Jake doesn't get as much focus in the first act, but is an ok dude. Although he really puts his foot in it on occasion, especially as the movie goes on. The romance is fairly predictable stuff, but I did like how atypically frosty it was at first. It felt a little uncommon compared to how characters in these movies are usually instantly smitten. Granted, it's not too long before they're doe-eyed teens again.
The kids meanwhile are little devils! As the movie goes on they improve. The teenagers fare a little better, but can still be annoyingly bratty and temperamental, each insisting on hating their new parent. The remainder of the characters are reasonably amusing, with the adorable hound and the wiescracking coffee boy being the best. 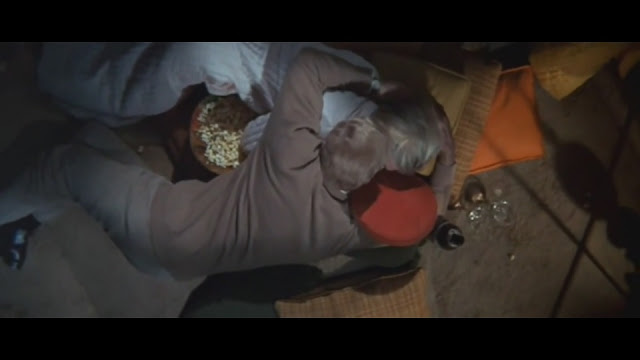 Where Eggroll begins to disappoint is in the last act. The inevitable thawing of relationships feels a little rushed, and only happens in the last 20 minutes, but at least it happens, and it's nice to see. But then the movie gets really awkward and has Abby and Jake go at each-other's throats like CRAZY! It's really unpleasant for the final few minutes, especially since the kids have finally stopped being terrors. The climax to this film features so much shouting and sniping! It all comes together ultimately to a happy ending, but damn it's a short one! 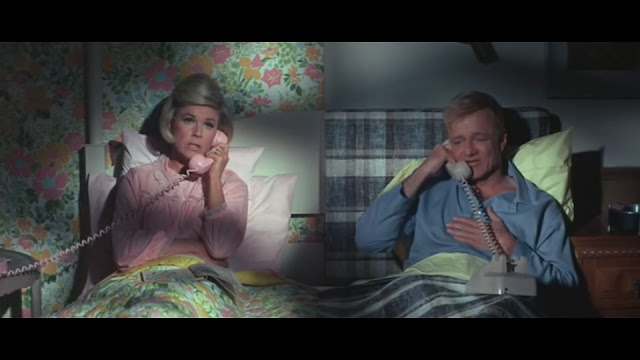 The actors are all good. Doris is a fine lead, older and worldly, with a charm and humour. She does attempt to dance with the 'in' crowd partway though, which could look dated to some, but at least it shows that she's still a swinging and happenin' chick! Brian Keith does well too. It was nice seeing an age-appropriate romance, and not having the lead come across like a cougar (not that Doris could ever look as old as that!).
Barbara Hershey does an ok job, and it was nice seeing her in a different role (I'd only ever seen her in Boxcar Bertha). Pat Carroll and Alice Ghostley get fine supporting roles, and there's also a young George Carlin too! He's got a pretty decent part, though doesn't appear as much as aficionados of his later work might wish. 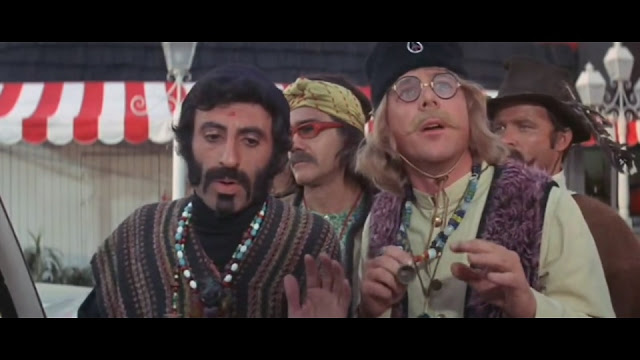 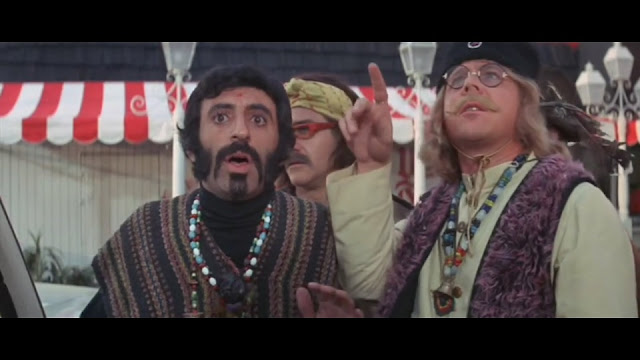 The most surprising additions to the cast are Jamie Farr and William Christopher! Remember, this is still 1968. MASH hadn't begun yet, not even the film! And here are two alumni not only in the same movie, but together! If that's not serendipity I don't know what is! Unfortunately their roles are pretty bad, as they play bizarre hippies who dominate the final act.
The movie has a bit of an artistic note to it, which works at times. I liked the colourful scene transitions, though the cartoony intro, drawn in the style of a child, looked a bit too amateurish for me. The movie also has some weird fantasy flourishes too, like the whole wedding scene. 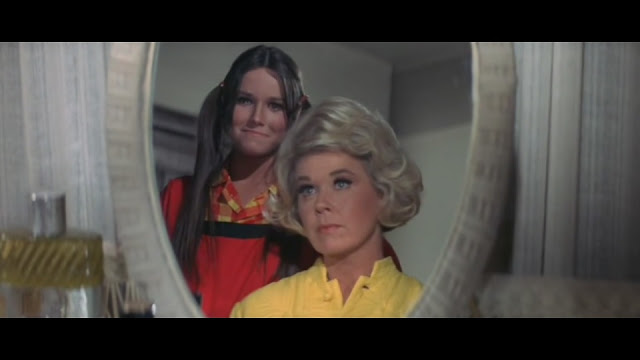 With Six You Get Eggroll isn't bad, but it has a lot of qualities I didn't like. It doesn't feel like a grand finale for Doris's filmography (nor was it meant to), but it does at least encapsulate everything about her movies,so in that sense it is a decently fitting last movie...
Posted by Chris at 7:25 AM