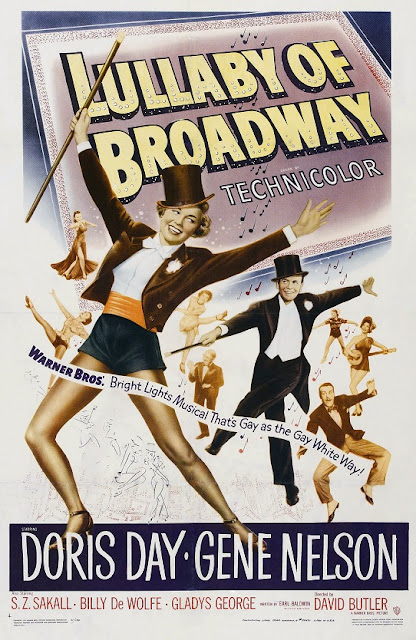 Melinda Howard is a talented young singer returning from England to her home country, where she's eager to visit her Broadway star mother. Unbeknownst to her however, Jessica Howard has fallen on tough times, and her friends must try and convince Melinda everything is ok, and delay them meeting. As the girl gets the lay of the land, she makes friends with a grumpy businessman, scores a hit role, and falls in love. But drama is on the horizon in many ways... 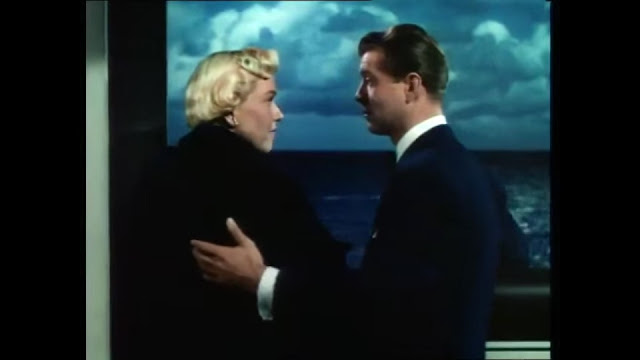 Lullaby of Broadway is an enjoyable musical comedy, which gives you a perfect idea of what the genre was like during this time. Making for a perfect double feature with the likes of other Day vehicles such as Tea for Two 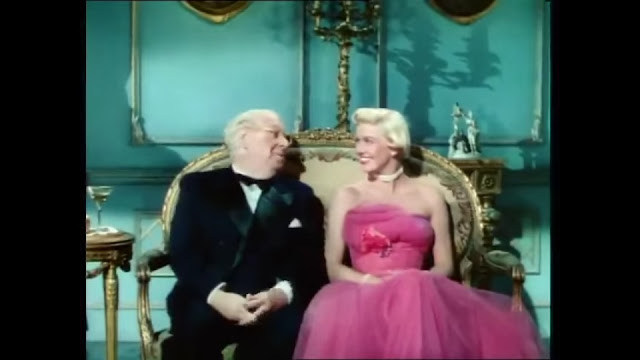 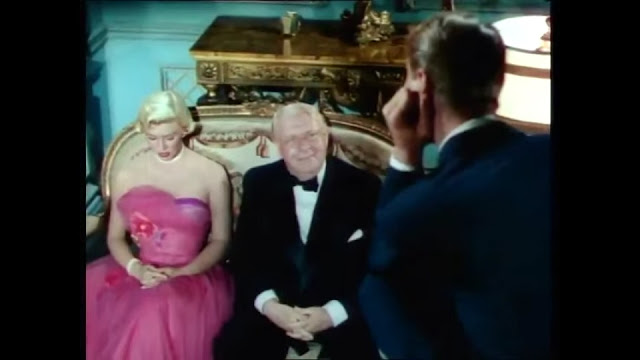 There's remarkably little conflict here. In some cases this would be a problem, but here it's a treat. The movie is a nice cuddly sit, where you can just sit down for 90 minutes and have fun, without having to worry too much. The only real hint of conflict comes in the last act, when Tom foolishly believes Melinda is having an affair, and when she discovers the truth about her mother.
Melinda is a sweet lead, worldly, but also naive only because she assumes everyone else to be as on the up and up as she is. These facets are balanced well, and she is always seen as clever. She's put through the ringer in the last act, leading to much sympathy, then manages to score herself a happy ending. 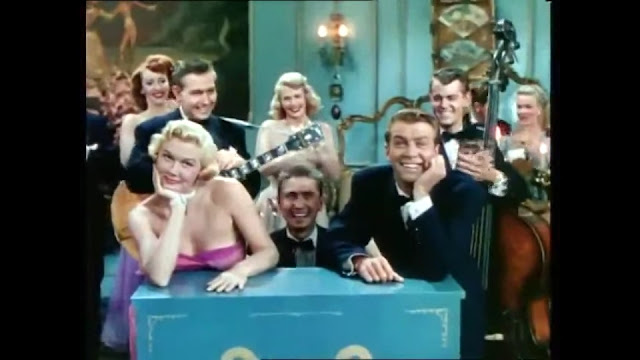 While Tom is a reasonably nice bloke for the first few acts (despite a few underhanded tricks to get in Doris' pants), later on he is a real dumbass! He  thinking Melinda is carrying on with Mr. Hubble, despite everything she says surely proving they're just friends. His lowest moment comes near the end, when he 'forgives' her for her behaviour, as if there was anything to forgive! Thankfully Doris treats this exactly the way one should, and while it'd probably be a spoiler to say just how she murders him, sufficed to say he doesn't leave the movie alive...(ok, he does, but it would be nice, wouldn't it?).
Where Lullaby of Broadway really surprises is its portrayal of alcoholism. It's done in a good way, showing the severity of the situation, and how it can happen to anyone. But it also doesn't go so far in that it sacrifices any levity. The weakest part about this whole element isn't how it's handled, but in just how little screentime the mother gets. After her first scene we get word that she drank herself under the table again and was sent to the hospital...and we don't see her until 8 minutes before the end! 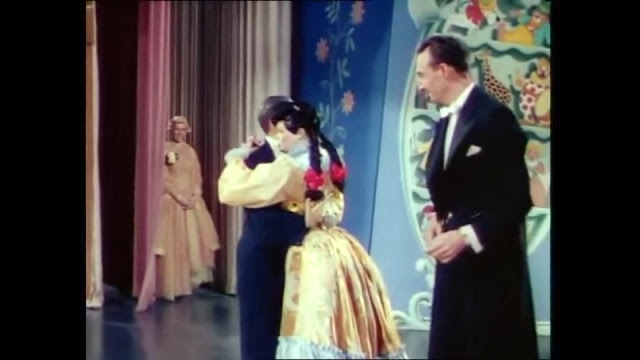 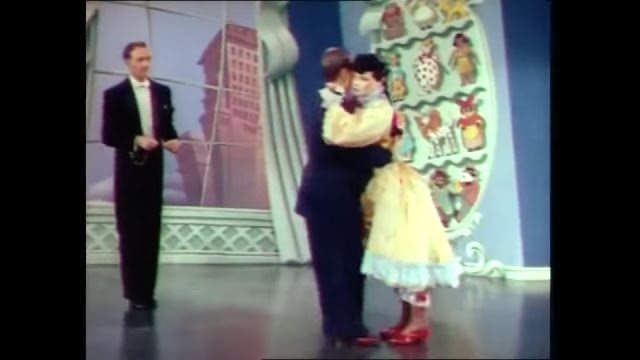 The dialogue is a hoot, with many funny moments:
Tom: "That was my shipboard treatment you got the other day. On land I'm really not a bad guy." Melinda: "How are you underwater?" Ouch! Even he says that!
Mr. Hubble: "Only one mistake I made in my life, and I married her."
Melinda: "You don't really think Mr. Hubble and I...At his age? But thats' he most ridiculous thing I've ever heard!" Gloria: "I don't know about that. Lots of times there's snow on the roof and fire in the cellar."
Doris Day is a lovely leading lady, as usual, while Gene Nelson is equally good as her partner (well, not equally, I'm just being generous). S.Z. Szakall is cuddly and humorous, gtting plenty to do, while Florence Bates makes for a great counterbalance. Gladys George does well with her more dramatic role. Lastly, Billy De Wolfe and Anne Triola are great together, making for a fun vaudeville team.
The songs in Lullaby of Broadway are predictably charming, with many standouts. They're not just lyrical too, but one is a creative instrumental dance piece with life-sized 'dolls', and the other is a song mixed with a comedy routine, akin to a Tom Lehrer tune. 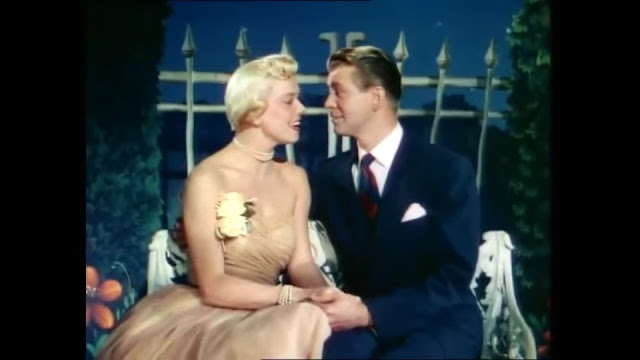 Lullaby of Broadway has a few issues, and is as cringey at times as rom-coms tend to be, but is still a worthwhile watch...
Posted by Chris Hewson at 7:14 AM