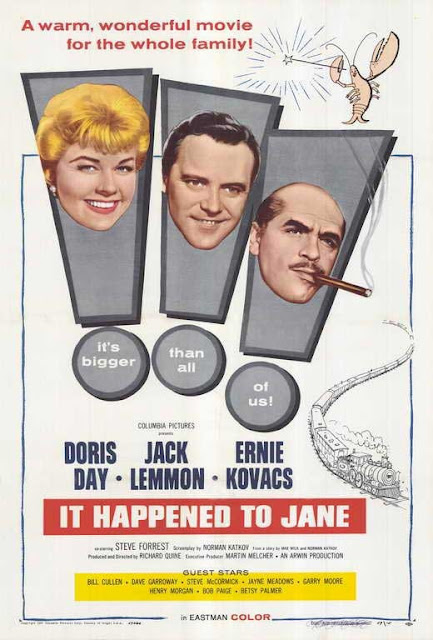 Jane Osgood is a busy single mother and businesswoman, carefully maintaining her lobster population for selling, until a train delay causes many to die, ruining her orders and hurting her credibility. She takes up a lawsuit against rail magnate Harry Foster Malone, an unscrupulous tycoon who sets out to destroy this thorn in his side. His attempts only boost her popularity though, and soon she has the whole country behind her, in a David vs. Goliath battle, culminating in a mad dash across the state to rescue her business... 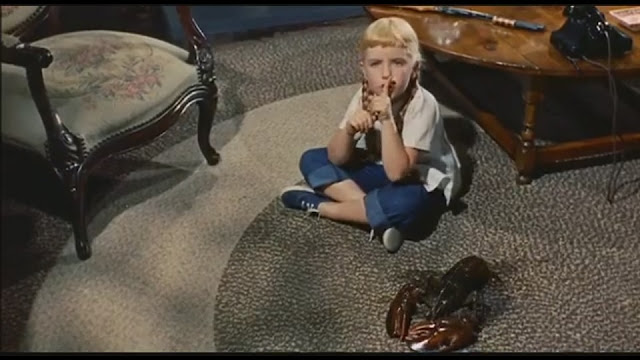 It Happened to Jane is a pretty neat movie! It's different to many Doris Day vehicles in that the plot is a bit more grounded and serious, although not lacking in humour or charm. The film gets to business very quickly, with a traumatising beginning for animal lovers (sure, they are just lobsters, but still! Never again will their happy claws pinch at swarms of krill, or feet at the beach). 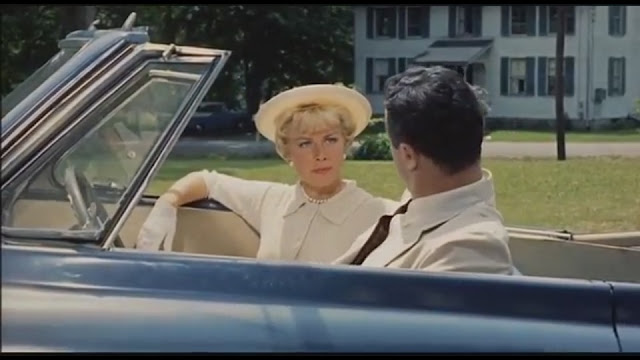 The story has a good structure to it, with focus being on Jane's various attempts to either take Malone's company to court, or lobby against him personally. At times she's a pariah, other times an icon, for the nation and for women. The movie has a good feminist message to it, that's never laid on too thick, but just right. It also manages to capture the frustration of courtrooms without being unbearable to watch.
The film certainly has romance in it, and verges dangerously close to having a love triangle, but this never gets a large focus, which I'm glad for. It would be disingenuous after such an intense beginning to devolve into silly romantic shenanigans 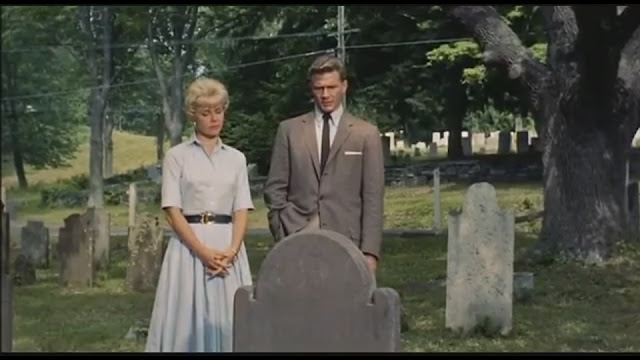 Jane is a nice protagonist, who juggles a lot, with her kids, business, media attention, and her fight with Malone. She's sympathetic and strong, and always earns the audience's respect, as well as that of those around her.
George is a good supporting lead for the most part. He's a staunch ally in her fight, and still carries a torch for Jane, having let the better man win before, but eager now that he has a chance again. He also has his own independent arc with running for mayor, trying to beat the town's mainstay and bring what he feels is some fresh thinking to the table.
What are his less than stellar traits though? He's pretty shitty and unlikeable with his constant hen-mothering and checking up on Jane, as well as badgering her for going out to dinner. The fucker rings her up at her fancy hotel restaurant to tell her how hungry and forlorn the kids are, to which they promptly ask why, since they're feeling great. Even though Larry acts way too briskly for my tastes, I was rooting for him far more, especially since he doesn't have the baggage of being an old friend/neighbour, plus a second choice. He totally disappears from the last act, and the script doesn't give Jane a satisfactory reason for turning him down. 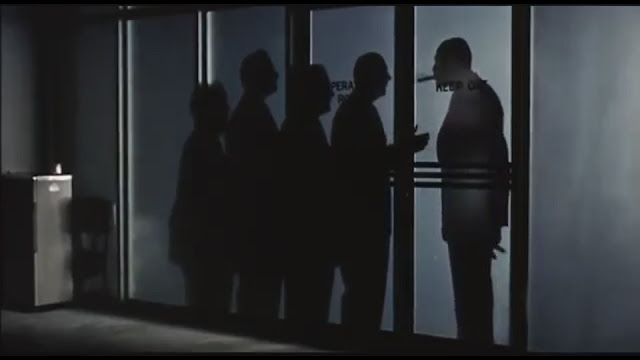 Harry Malone is an entertaining villain, with a stubborn and belligerent attitude. I found the relationships between him and his subordinates interesting. The film does a good job of portraying them as otherwise decent people who still do these monumentally shitty things. It's  interesting shades of grey, showing that not everyone in these roles is cartoonishly evil,  while also not shying away from them still being dickheads. Adding to this is the fact that just like Jane, Malone is also a self-made man...and he's still a bloody ratbag. It shows the corrupting influence power can have even if you aren't born into it.

The townsfolk of Cape Anne have their moments of friendliness, but also nastiness too. This is most notable in the case of the mayor, who in a stunning case of mental gymnastics declares that Jane is not a hero but has actually spelt doom for the town, since her actions made Malone cancel all trains to the town. He then goes on to say he doesn't blame her for this, since she's just a woman, but instead lays the blame at the feet of her lawyer, George, and therefore his opposition candidate is the real villain. Geeeez, can't we just outlaw all politicians? Preferably with a straight razor?
It Happened to Jane is an interesting time capsule in many ways. You can see how America has changed in the 60 years since, but also the ways it's still the same. The film also offers the chance to see I've Got a Secret in the highest quality you will ever see! 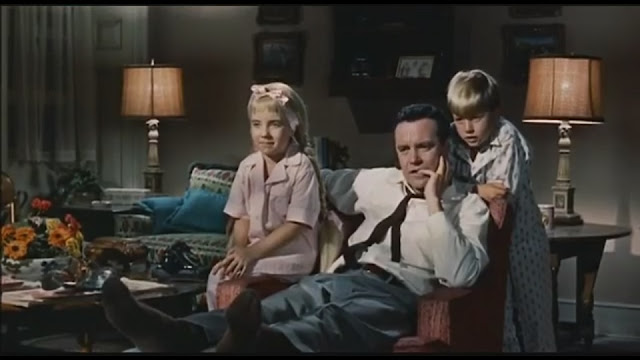 Doris Day does a great job here with both the lighter moments and the drama, and brings humanity to the role. Jack Lemmon is a real surprise too, delivering a serious and straightlaced performance (with some levity too, but he's definitely a straight man here). Ernie Kovacs is good as the villain, as is Walter Greaza as his subordinate, and the kids do good jobs too. There's also an amusingly overdramatic newsman, who gets some laughs in his brief appearance.
It Happened to Jane is an all round enjoyable movie, feeling fresh and effective both as a Doris Day vehicle, and a movie in its own right...
Posted by Chris at 7:15 AM