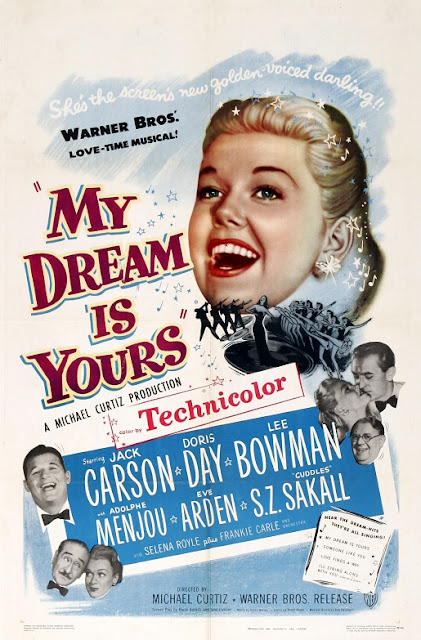 Martha Gibson is a struggling single mother, eking out a living as a jukebox operator. She makes a habit of singing the tracks herself, which gets her fired but also attracts the attention of manager Doug Blake, who's on the prowl for the big new sound. After convincing her, he flies Martha to Los Angeles, where a series of repeated failures eventually lead to success 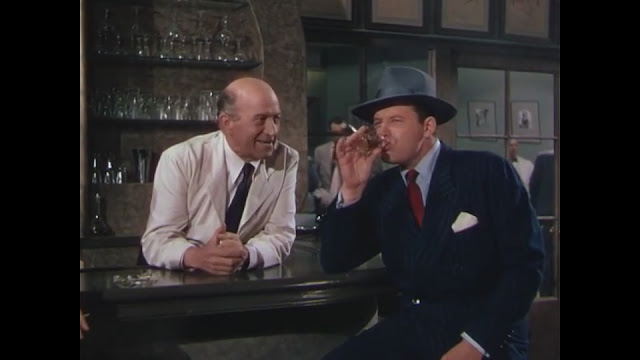 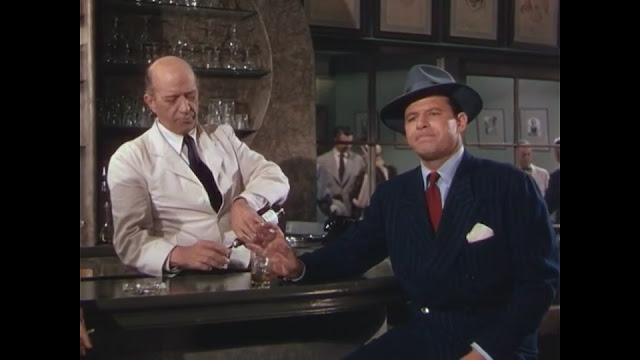 My Dream is Yours gets off to a great start! It begins briskly, has a fairly decent plot, and its main character being a single mother marks it as extremely unique for the time! There's plenty to entertain during the first act, some nice music, and a few funny setpeices. 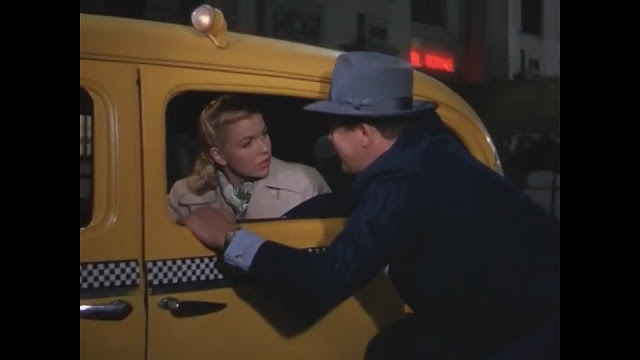 The movie quickly fell apart for me after this. Firstly I feel that the movie tries a little too hard to build Martha's career. She's a knockout, and has the singing voice of an angel, it should not be this hard getting a record deal! It's actually quite a demoralising watch! I thought the whole point of an unknown getting picked out of obscurity by an influential talent agent meant they didn't have to go through weeks of unsuccessful auditions at shitty dive joints with dozens of other girls waiting in the wings. By the time she gets a drink thrown in her face, I was finding the experience depressing, and I was thinking how much more pleasant it'd have been if the first manager had've just accepted her right away. Then we'd have more of S.Z. Sakall to enjoy! 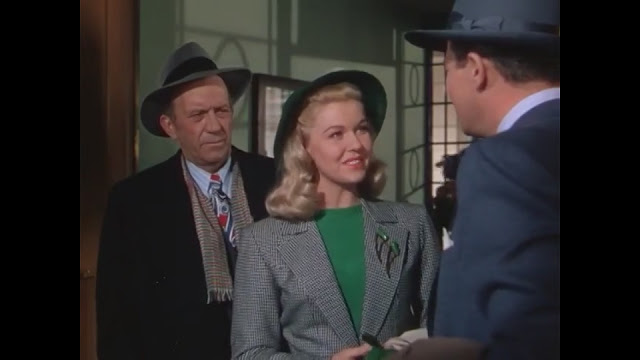 Iakes the film over an hour before finally, finally Martha hits it big! I thought this was gonna happen in the first 30 minutes, not the last 20, and the movie would be about her new career, but instead it takes forever just to get to that point, all the while poor Eve Arden's character suffers multiple indignities, being forced to sell her car, her prized mink coat, and accept no less than 3 lodgers. 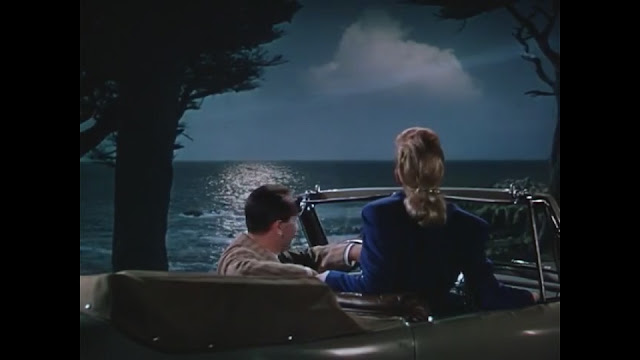 A big aspect of the last act is the love triangle between Martha, Doug, and rude alcoholic washout Gary Mitchell. She helps him make it big again and restore all his bridges...after which he promptly goes back to his old ways and fobs her off. It's a bit depressing but at least it's meant to be, and is an effective story beat, showing how far beyond help people like this can be. The whole romance angle felt unnecessary though, only serving to prolong things further and make you wonder why Martha's going to this level for a rude egotistical jerk she doesn't know. 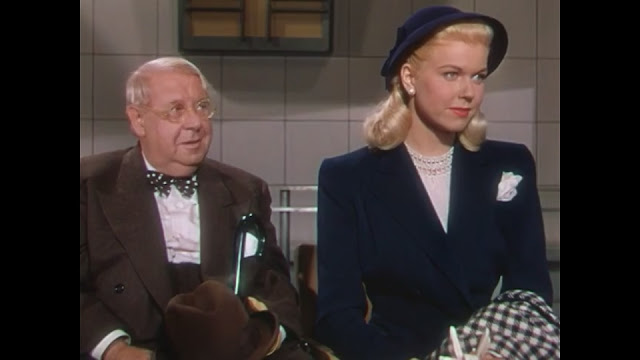 My Dream is Yours has quite a hefty amount of songs, with a lot in snippet form. I guess it's a nice touch, since you would hear a lot of snippets like that in the music industry, though it might overwhelm some, as well as irritate those who wanna hear the full tracks. As for the proper songs, they're a good bunch! Tick Tick tick was a weird one though, comparing love to radiation and geiger counters! We also get a dream sequence involving some Looney Tunes dancing with Doris, who's dressed in an embarrassing bunny outfit.
The actors all do good jobs here. Doris is a sweet lead, while Jack Carson once again shares chemistry with her. Eve Arden is a great presence, and never fails to make you laugh. 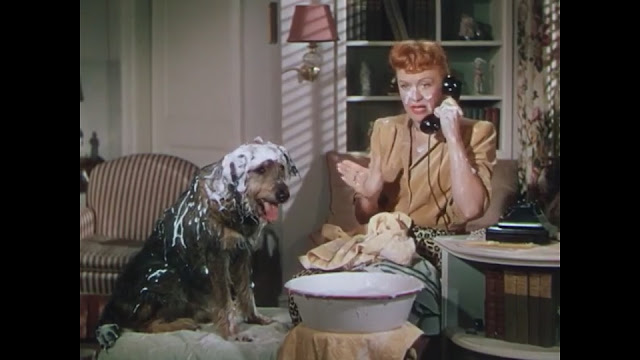 Something cool here is there's quite a lot of 1940s alumni, from Iris Adrian, to Edgar Kennedy! Adrian once again plays a role of a swing hostess, and doesn't appear as much as I'd have liked, and Kennedy too ends up disappearing. It's a shame, when I thought he was a random bartender I thought he'd only have a tiny role, but he turned out to be Martha's uncle, so I expected a bigger role. But then he's gone. It's a bummer, although I guess I can't be too mad, since it's not like anyone knew it would be his final role. 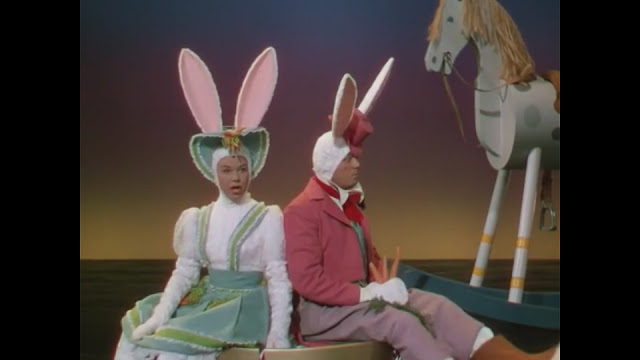 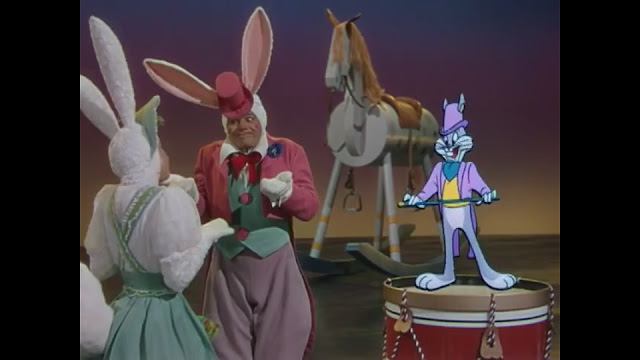 My Dream is Yours has lots to enjoy, and lots of potential, but is overall a disappointing experience. I recommend watching if you're a fan, but have the fastforward button on standby, for sure...
Posted by Chris Hewson at 7:13 AM