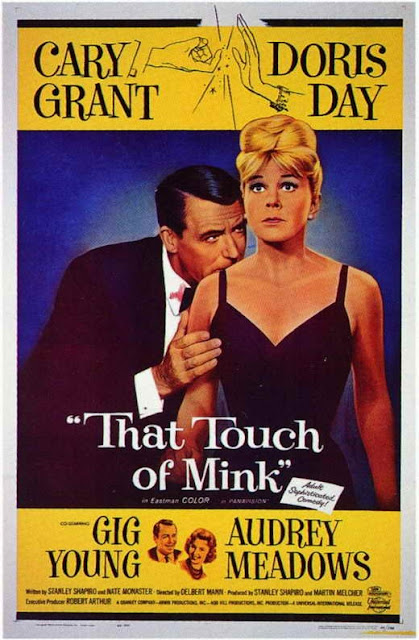 Cathy Timberlake is a typical young woman trying to eke out a living, despite a scarcity in jobs. After getting splashed on the road by a rich businessman's car, she's out for blood, until she sees the man in person-Handsome businessman Philip Shayne. He takes an immediate attraction to her, and is determined to take her out to a fancy Bermuda hotel for a night out. Being a good girl, Cathy is unsure of what to do about Shayne's advances, but goes along with them at first, determined to have a good time, but also equally determined to make a husband out of her new admirer... 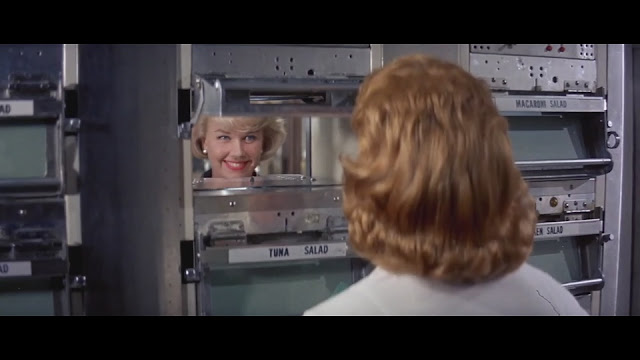 That Touch of Mink is a pretty amusing film, and a great example of the changing times. It's still very much a classic style comedy, but the emphasis on pre-marital sex really makes it feel more modern. It handles this divide in a decent enough way. Obviously nothing actually happens, but nor does it feel like a cop-out from a movie determined to glorify the old way of thinking and hate the new.
The movie has its fair share of lesser moments though, and gets quite awkward. As it progresses, the plot gets thinner and thinner, and the second half revolves around whether a woman and some rich asshole want to bang or marry, with little other substance. Things improve in the last act, when it's Philip's turn to get lovelorn, as he finds his advances rejected, and all attempts at helping Cathy result in disaster, 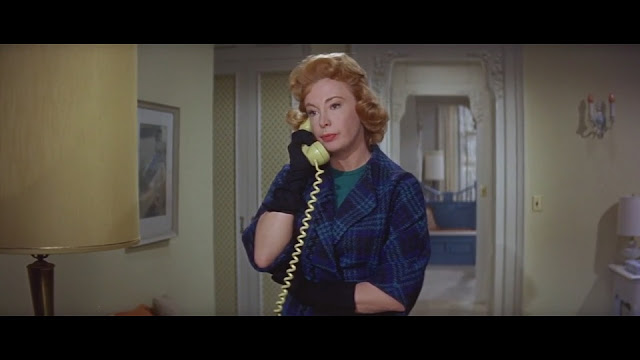 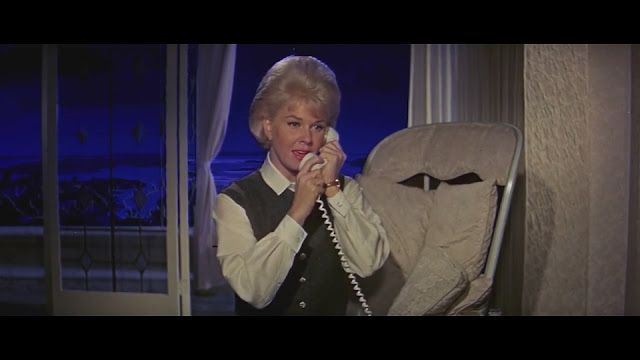 The characters are mixed. Cathy is a decent protagonist, with a relatable journey, though is a bit of a doormat at times. As for Philip, I couldn't decide whether or not he was an honourable man or a dickhead, and I suspect the film couldn't either. Their friends Connie and Roger are amusing sidekicks to each lead, and contribute much of the film's humour, and spirit. 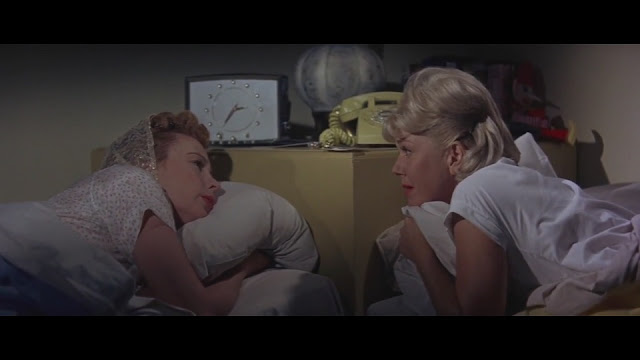 Their are a few supporting characters who also lend some humour, some landing (such as the confused psychiatrist), some not so much (the bit with the newlyweds at the end is funny, but man, that poor couple!), and just plain weird, like the hotel doctor wanting to beat his wofe (leading the frustrated Philip to joke around).
The dialogue can be a hoot too:
"Purity, innocence, honour. All the virtues that drive a man to drink."
Cathy: "Look, he doesn't love me, he just feels sorry for me.."- Roger: "Doesn't love you? He's compared you to the plague!" 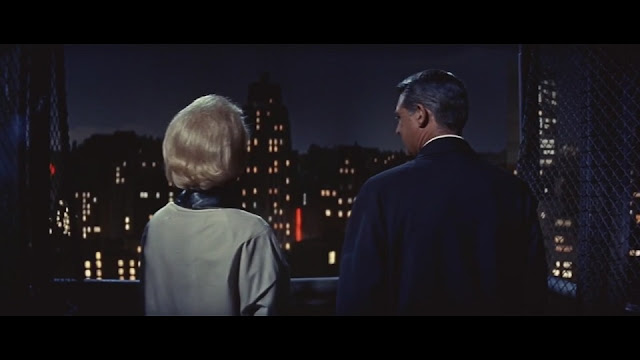 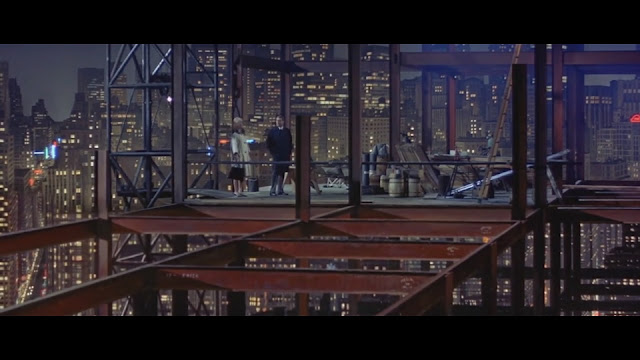 That touch of Mink is a gorgeous movie, from its lavish sets, creative locations, and striking use of colour, especially purples and blues.
Doris Day is her usual charming self, even if you sometimes want to groan at her character's actions. Cary Grant meanwhile is charismatic, but also slimy in a way. Intentionally so of course, and he does well as his character changes. 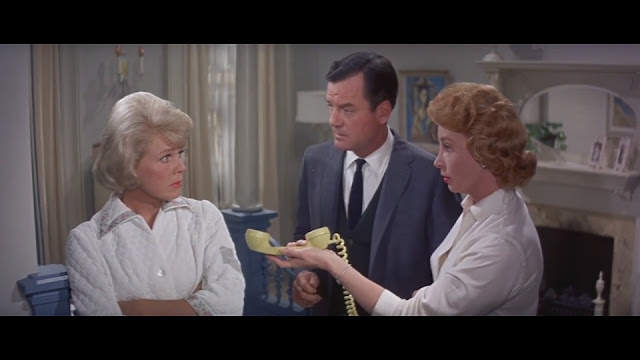 Honeymooners star Audrey Meadows makes for an amusing sidekick, while Gig Young is funny as male counterpart Roger. I'd mainly seen him in roles as gangsters or serious businessman before this, so it's a surprise seeing him in what amounts to the Tony Randall role in other 60s rom-coms!
John Astin is perfect as the sleazy Mr. Beasely. It speaks to his talents that he could be heart-stoppingly romantic in one thing, and so repulsively slimy in another. He always gets a laugh. The film also has a few amusing cameos, namely a funny sports scene. 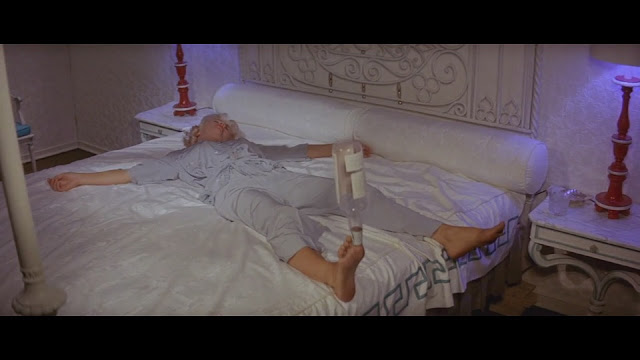 That Touch of Mink isn't perfect, but doesn't feel bad enough to be icky, and has enough laughs to keep you entertained, especially for Day fans, or just those who like 60s cinema in general...
Posted by Chris at 7:14 AM