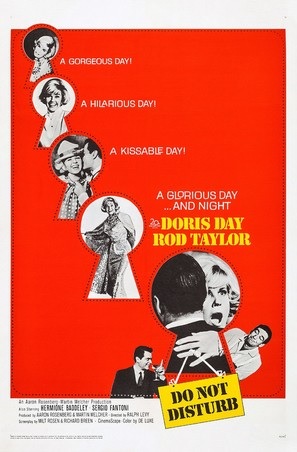 American couple Janet and Mike Harper have just moved to England, and while she is more than comfortable living out in the country, he feels the opposite. This creates some tension, especially when Janet begins to suspect her husband may be having an affair. A few misunderstandings later, and the Harpers have enough awkward situations that could lead to disaster... 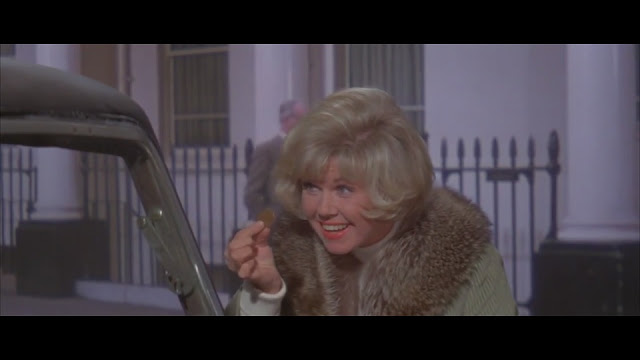 Do Not Disturb is an entertaining domestic comedy. Predictable, but always fun. The film also focuses on the culture shock between the U.S. and England, which I found infinitely more amusing than the couple's various spats. These moments are funny, clever, and the writers were either English, or did their research, because Do Not Disturb focuses on the everyday little things that Americans are too stupid to know, like how many pence is in a shillings, and all that. So kudos for putting the work in! 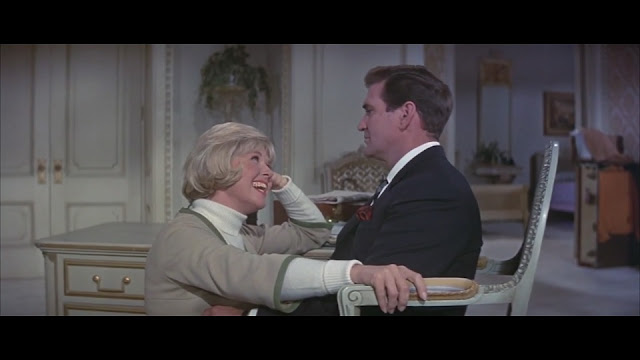 Halfway through the movie takes a continental detour however. While I am glad, since my original assumption about the movie (based on the animated credits and cast list) was that it'd be just that, I'd gotten used to the British setting, and was a little disappointed when what seemed like a brief French detour lasted for literally the rest of the film. This gives the impression that the movie either went through a few radical rewrites on the drawing board, or was a couple of scripts combined. I really feel this was a mistake. I liked all the British stuff, and to see it all gone, including the adorable cabal of animals, was a real disappointment! 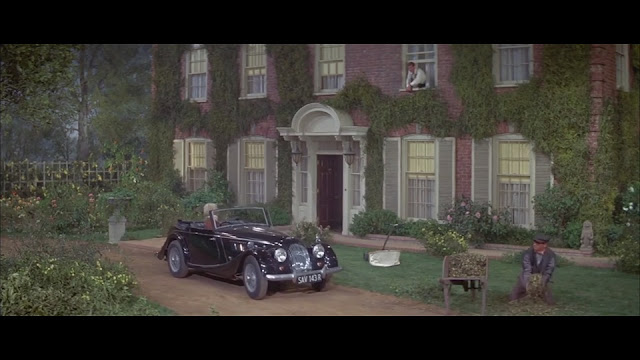 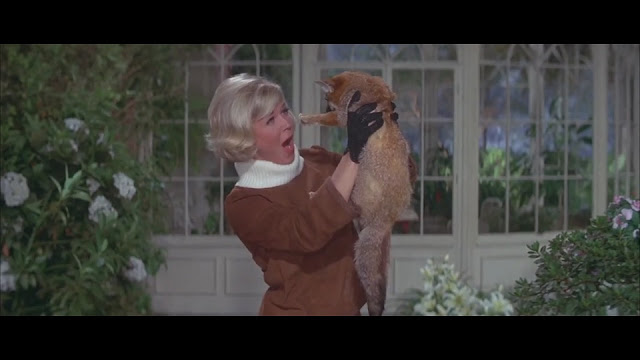 The whole ending is a mess. Once again we have an hour and forty minute film that has a rushed ending, which is a concept I still have trouble understanding! There's lots of awkwardness, lots of screaming and running about, and just all round pandemonium. By the time it's all over, the movie barely has two seconds left to wrap everything up before the credits roll. The final reunion consists entirely of "Janet!" and "Mike", then it just ends! 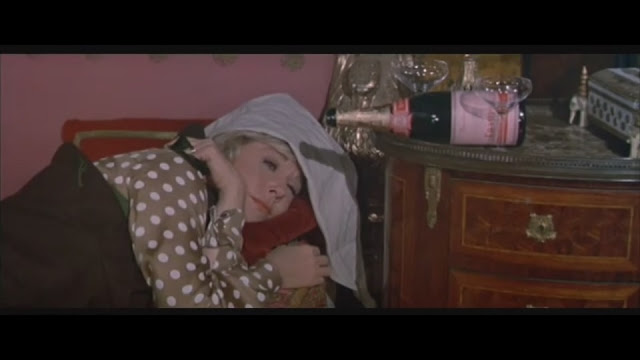 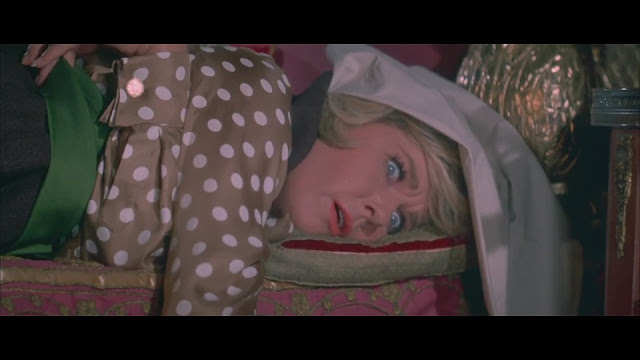 Something I did appreciate was how they reconcile whenever it happens. The movie takes the time to show both parties acknowledging whatever wrong they've done, and apologising equally. It felt very sincere. And whenever misunderstandings occur, it's always the party that made the error finding out  for themselves, rather than poor Doris having to explain the compromising situation, to pick an example. Because of this, none of the inevitable misunderstandings are that cringey (although I probably coulda done without the one in the last 5 minutes!).
Antique dealer Paul adds a welcome antagonism to the film.  It's a hoot to finally see a character like this who's actively scheming! Not just a routine love triangle, and not an innocent misunderstanding, but some nefarious Frenchman actually thinking "I'm gonna bang that man's wife, oui oui!" 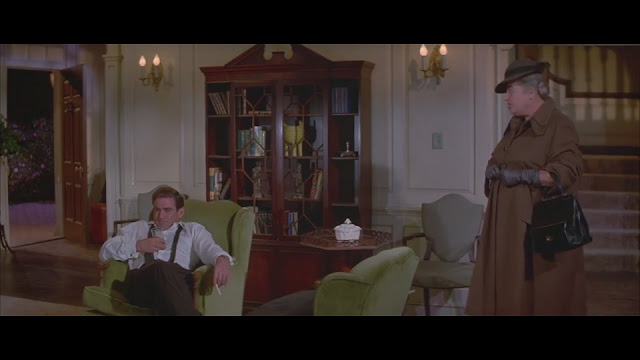 At 103 minutes Do Not Disturb probably could've been trimmed, but it doesn't feel too long for the most part, occasional scenes notwithstanding. The worst offender is the 4 minute opening credits! One weird section was the high society swing's club, where they play Baby Elephant Shuffle, then switch to a slow Strauss waltz, before abruptly cutting back to the swinging 60s beats, and surprisingly not breaking their backs from the whiplash.
As well as having a good sense of humour, there's also plenty of funny dialogue here
"She's in Paris with that sex maniac!"-"Please Michael, Paul Bellari is a gentleman, urbane and sophisticated."-"You think that's a drawback to being a sex maniac?" 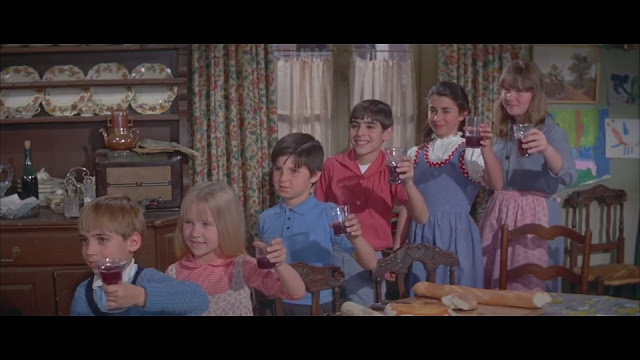 The acting is fun all round, with Day and Rod Taylor being good leads (although I am always resentful he affects an American accent in his movies! Traitor...). Sergio Fantoni is amusing, playing the role just slimy enough to work, but not so much that he becomes unlikeable. Hermione Baddeley is an old dear, playing a perfect grand dame. Maura McGiveney is sultry and scheming, while Leon Askin is over-the-top in his role, in a good or bad way depending on the viewer. 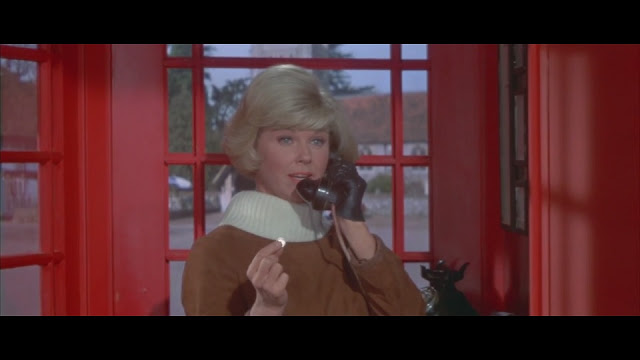 Do Not Disturb is a nice treat. Not the greatest rom-com out there, but certainly not bad, and a good portrait of its era...
Posted by Chris at 7:21 AM