The 12 Days of Doris Day: Conclusion 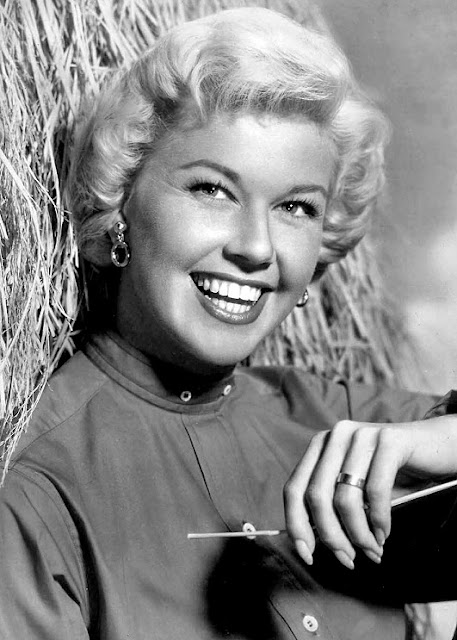 Doris Day is still to this day one of the most iconic actresses of all time. It's hard to believe there was ever a time where she was exclusively known as a singer, and her starring potential wasn't considered. She started out with a couple of supporting roles, which quickly showcased her acting talent, and she was immediately promoted to leading lady. Her career continued strong for the next couple of decades, appearing in all manner of musicals, romantic-comedies, dramas, and the odd western. She worked with famous directors, and countless handsome Hollywood stars.
Her career eventually ran its course, with her films not making as much, her middle age drawing near (though she still looked great for her age!), and a general desire to have a break and wind down. After a few year stint on a self-titled TV show (that she was apparently roped into by her cheeky husband), she retired from the screen and focused her attention on other causes, including various animal charities, for which she became well-regarded. She continued for decades more, eventually passing away last year at the grand old age of 97.
While her films have always been loved by the majority, there have always been snide assholes trying to be cool by dissing her, making cracks about how she was 'Hollywood's oldest virgin'. To which I say Bullshit! Firstly, she totally gets down in some of her movies, and in half of them she's married with multiple kids, so she's clearly getting some action! But more importantly, why the heck does it matter? Why should a romantic lead be obligated to have sex to be worthy of attention? Whether she does or doesn't is fine, but it's the story and characters that are important. What kind of utter knobhead watches a movie and goes "Well it was good and all, but I never saw the lead riding a bloke, so that's an automatic 3 out of 10 for me.".
Overall, Doris Day will always be a beloved icon of cinema and music, whose films are favourites for so many people, from seasoned film buffs to casual moviegoers. If only all film stars could be so colourful... 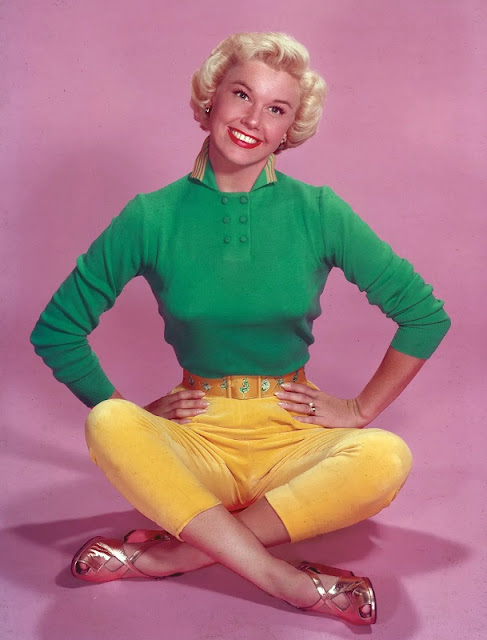