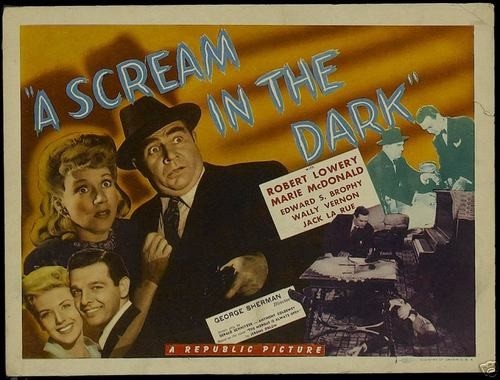 New PI Mike Brooker and his partner Eddie Tough are hired to investigate a man's wife, to gather evidence that she's having an affair. They're successful, but just as they begin to rest easy, a new client comes in claiming to be married to the same woman. He soon ends up dead-Stabbed to death. Brooker and his sidekick are now determined to get to the bottom of this case, no matter what it takes... 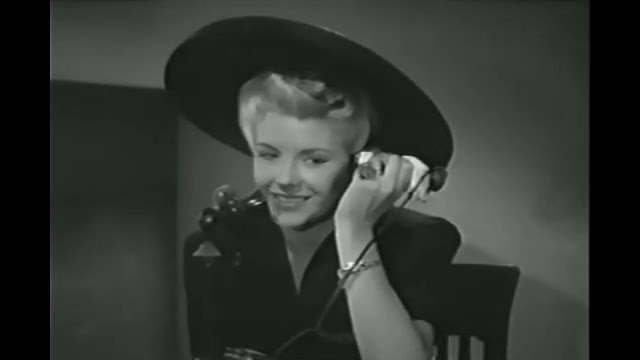 I don't think I've ever been so disappointed with a movie as I was with A Scream in the Dark. Here is the plot as described everywhere online-"A detective tries to prove that a woman is killing her spouses with a spiked umbrella". That sounds amazing, right? I'll tell you straight out, that summary is false! I was expecting an older black widow marrying several men and murdering them in a ghoulishly creative fashion, but what I got instead was something entirely different.

As if all of that wasn't bad enough, the plot to A Scream in the Dark is absolutely incomprehensible! It's alright to follow at first, and we get a good dash of intrigue when the second husband comes onto the scene. I was starting to get confused at this point though over the discrepancies between the summary I read and the film I was watching. The movie didn't clear this up, as when we finally see the first murder twenty minutes in (of a 51 minute long movie), it's not even a woman killing them! Let's be thankful it is in fact a spiked umbrella! 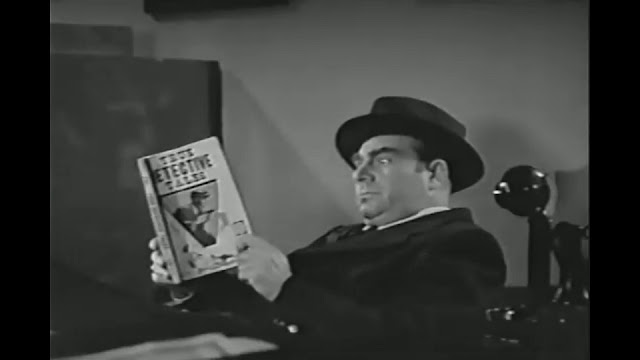 Rather than ease us into anything, the movie just keeps piling more and more developments on us without rhyme or reason, including a third husband of this lady, who seems to play no role in the story, and previous characters and developments feel unexplained or pointless, getting no satisfactory conclusions. Ultimately I had no idea what was going on! This film left me totally befuddled.

The climax was one of the better parts of the movie. I can't say I understood what was going on, but it was a straightforward punch up with the villain, which was a relief.

The movie has its share of silly moments, like a woman who doesn't see her killer despite facing straight at the door when he came in, or a blade that manages to fatally impale someone just from falling on them from a short height. 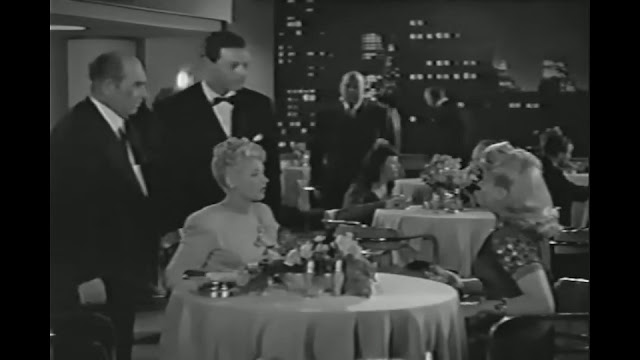 The characters are a positive to this movie. The lead is ok, while his girlfriend is nice enough. The real valued players are the comedy sidekick Tough, and the amusing coroner Klousky. They provide lots of laughs, and help keep the movie intermittently bearable.

Other characters aren't as good. The police inspector feels a bit superfluous, Muriel doesn't appear enough and feels inconsistent, since she's practically in a different identity in every scene. The villain is alright, but doesn't leave a great impression, and the third husband was really unnecessary! 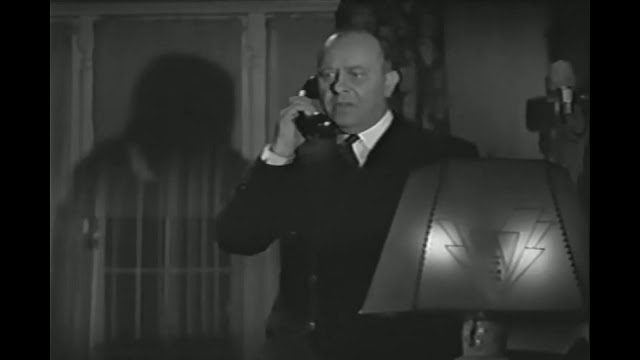 The dialogue is the best thing here. While I spent most of the movie with a frown plastered on my face, I did occasionally laugh.
"Somebody let him have it in the back with a long ice pick"-"Well don't look at me, we've got a frigidaire in our home."
"Hey, Lackey knows we're here, he'll be waiting for us."-"So what, he's one against two of us...unless you're gonna make it one against one."

The acting here is all fine. No complaints. Robert Lowery is a good lead, while Edward Brophy and Wally Vernon do what they can to help the movie from sinking totally.

The music is nice enough. There's a spooky intro, and decent scoring throughout. 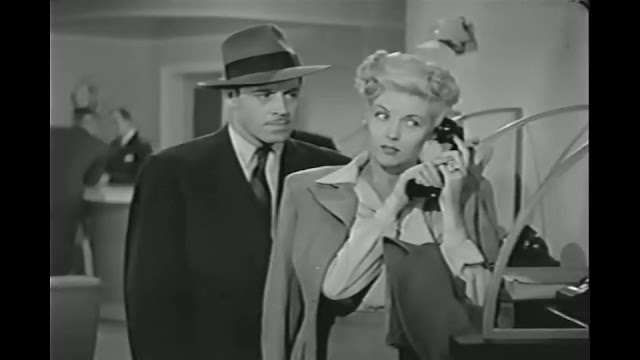 Overall, I would've greatly preferred A Scream in the Dark to resemble that plot summary. That would've been a fabulous movie. What we get instead is a dull and confusing mess, that only sporadically entertains...
Posted by Chris Hewson at 6:18 AM