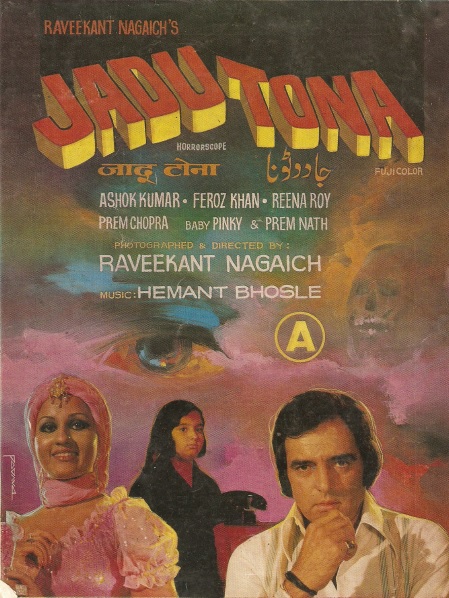 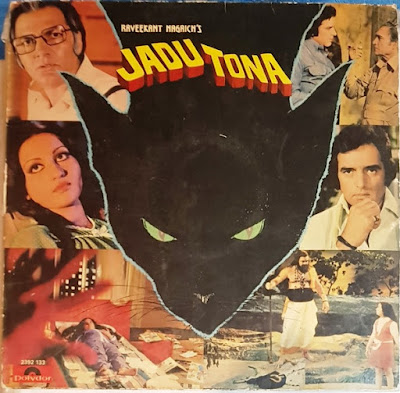 Indian man Amirchand and his two daughters, the adult Varsha and the child Harsha, arrive in his home village to meet his grandparents. The family show themselves to be not exactly pious, much to the worry of the townfolk, who warn them. Unfortunately these predictions come true when the sunny and cheerful Harsha ventures out on her own and ends up in a spooky old mansion. In the ruins she meets what seems to be an infirm man asking for medicine, but she's tricked into freeing] an evil spirit, who possesses her. As Harsha's family desperately try and find out what's wrong with her, refusing to accept at first that she's possessed, the angry spirit Panalal plans his terrible revenge on those who killed him... 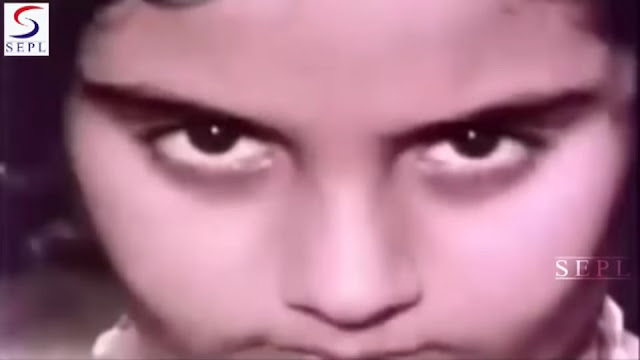 At first glance, Jadu Tona seemed to be yet another knockoff of The Exorcist, and given the lifted introduction music, I could hardly be blamed for thinking that. However, it took only a few minutes for me to see the vast differences. This is quite an entertaining picture! It's paced well, and always has something happening.

The story is one of the more interesting parts of the film, with its themes of Science and faith, and how the two world can intersect   The plot itself is perfectly fine.  It's your typical possession fare, but the Hindi cultural setting adds something unique to it that you wouldn't get from an American movie.

The only real similarities between this and The Exorcist is the idea of a possessed girl, but literally everything about it is different. As for how they compare, Exorcist is definitely more grounded, but this is a bit more over the top, and the possessed girl has free rein to wreak havoc. 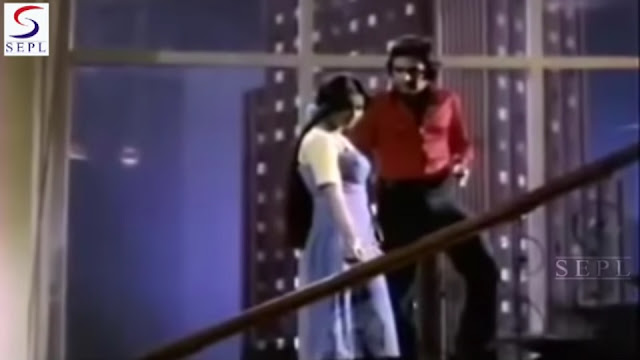 Jadu Tona looks good, and even when it doesn't, it still looks distinctive. It's clear that care was put into this movie.

The characters are all pretty likeable, although skepticism is where they run into some trouble. You will hate these people at times! But more on that later. The father is =. Varsha is decent. Despite frosty moments and her general too cool for school attitude, it's clear  that she does really/genuinely care for Harsha. Her relationship with Dr. Kailash is good too. On that note, from the instant the two first met and absolutely hated each-other, I knew/you just know they're gonna fall in love. 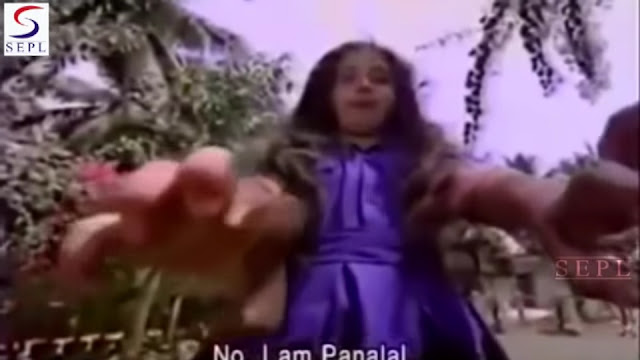 Dr. Kailash is mostly likeable, but a skeptical bastard at times, and so annoying! His lowest moment is when he burn down the creepy ruins...In front of the policeman who just warned him not to do that. 'Oh, I don't believe in ghosts, that's silly, now if you'll excuse me I just need to commit arson/arson'. He also constantly puts down others accounts of the supernatural. 'Oh, you saw your water turn to blood and a giant pillar of flame appear right at the exact time I burnt down the ruins? Well clearly you're a lying bitch, it's why I married you'.

My favourite character by far is the amazingly named police inspector Jolly Goodman. Quirky, dogged, and accepting of wherever the facts take him, he's a really fun presence!  it's really heartening to see that the most open and least sceptical character in the whole movie is the major authority figure. So often they're the biggest skeptics until it's too late, but not here! 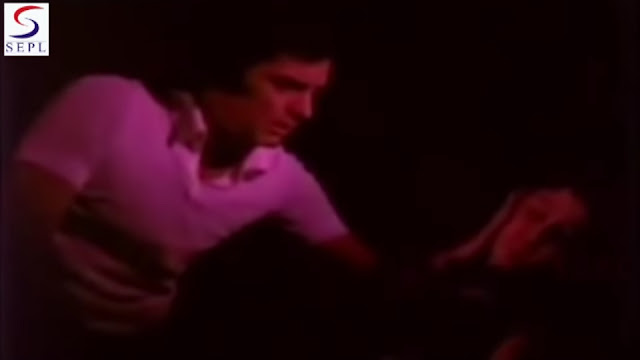 The film's funniest moment comes when the inspector is trying to convince Dr. Kailash that Harsha could be in two different places at once to commit murder. "Doctor, it is possible that this spirit can take the girl anywhere."-"Then it can also take her from police custody."-"Well it can, but I will be responsible for that."

Panalal is somewhat interesting. He's not just a one-dimensional villain. He isn't strictly evil, but you can definitely see how his time as an unrestful spirit has corrupted him, and caused him to go down this violent path. 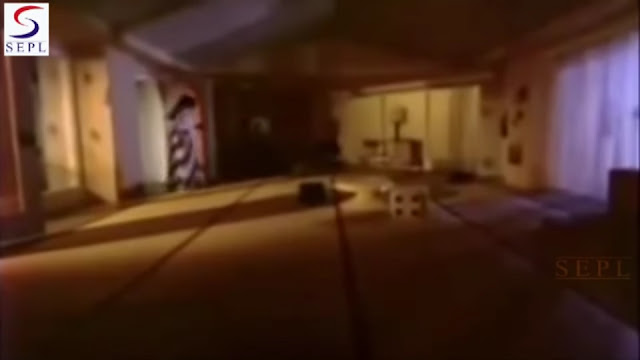 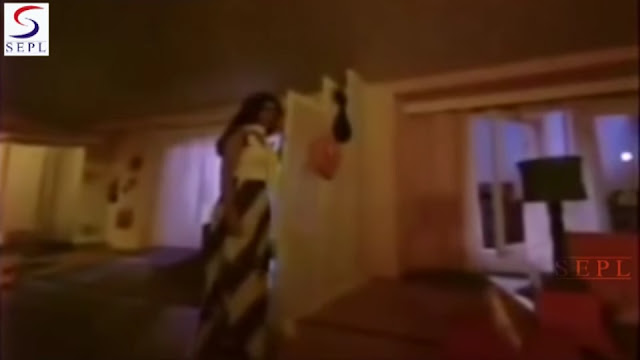 For a two hour long movie, the climax is quite rushed, with at least three parties converging in time for the final ritual, with less than 10 minutes left. What happens though is pretty spectacular! Tying in well with its themes of community, we see this town's citizen's all gathering together to fight, and you can really understand/get the feeling how it'd repel an evil spirit 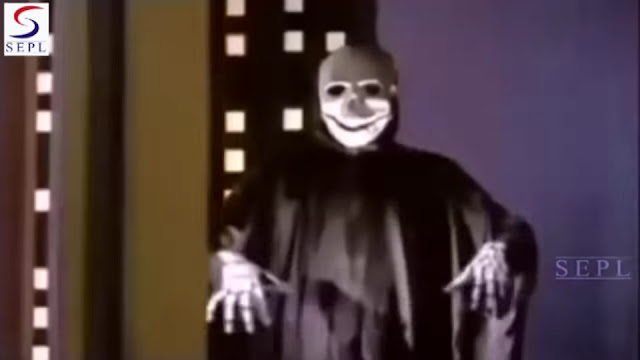 The soundtrack to Jadu Tona is very good, and interesting, but a little flawed. Getting the bad stuff out of the way first, it repeats the same tune a lot. It's a good tune, but still! It feels like they genuinely didn't have any more than that. Onto the good stuff, the introduction theme starts out with The Exorcist's Tubular Bells for a few seconds before it morphs into a swanky disco version of the theme! 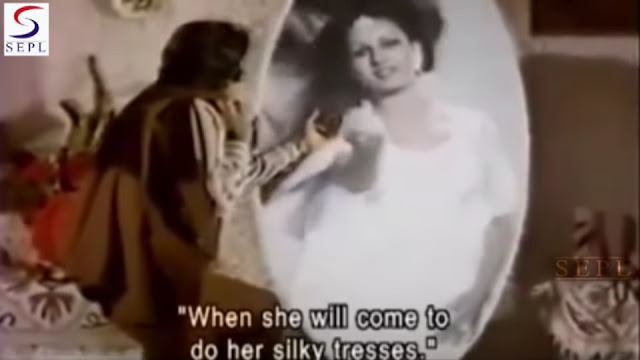 The musical numbers here (because a Bollywood film has to have them) are all nice. There are only a few, but they're mostly hits. I really enjoyed the first one with Harsha roaming the village, and the birthday song. The one of the doctor = professing his feelings was fine, although not as interesting. Something I like is that these musical numbers don't feel superfluous, and actually tie into the plot

The acting in Jadu Tona is pretty decent. Baby Pinky did impress me in places. She starts off as cute as a button, and does remain so, and she handles playing a malevolent spirit really well! She does tend to look a little blank later on when looking evil, but she's good for the most part. 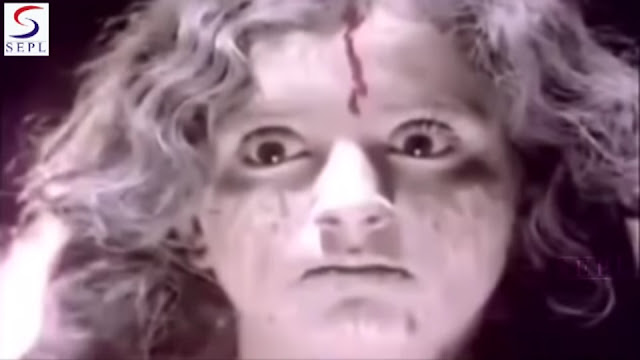 Someone does a really good job as the villainous Panalan, with a spectacularly diabolical voice and laugh. Feroz Khan and Reena Roy are fine romantic leads, while Ashok Kumar is the life of the party as Inspector Jolly Goodman. A punishing addition, depending on the viewer, is funnyman Jagdeep. For me it depends on the movie, and here he's possibly annoying. I say possibly because I honestly couldn't tell which character he was! He could've been one of two, both very similar. Heck, maybe he was even playing both, like he's Peter Sellers! Peter Sellers if he made your ears puncture.

The direction here is quite good, with many creative shots, and good cinematography and lighting. This isn't to say it's perfect though. It  did make me laugh a couple of times, like with the over the top multiple zoom-in's. 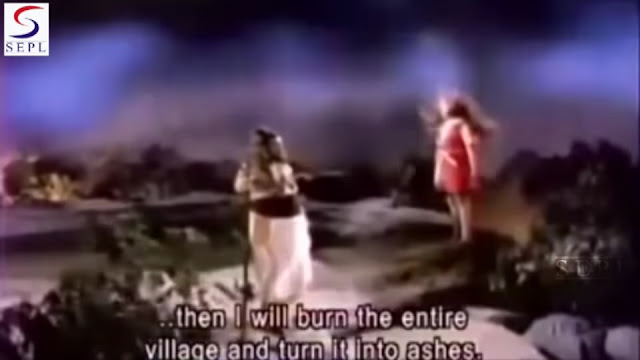 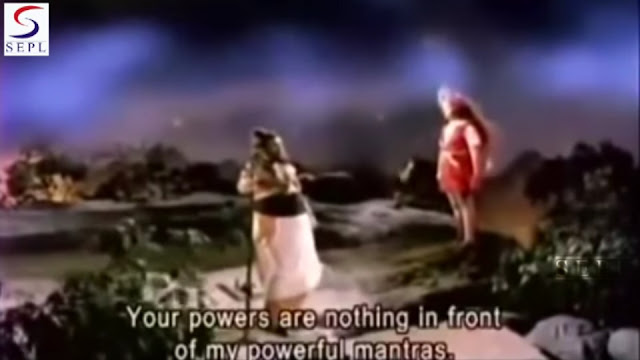 The effects are pretty good. There's not a great deal, but a lot of what's here looks fine. Other arts though are somewhat laughable, like the fakest skeleton this side of Inferno. We do only see it in quick flashes for the most part though, so we see enough of it to be cheesy, but not so much that it totally ruins the movie. The sets don't look the most convincing, but I quite liked them regardless. They had a nice look and feel to them.

Jadu Tona is a great example of Indian horror, and I definitely recommend it! It's got just the right mix of everything you want...
Posted by Chris Hewson at 8:59 PM