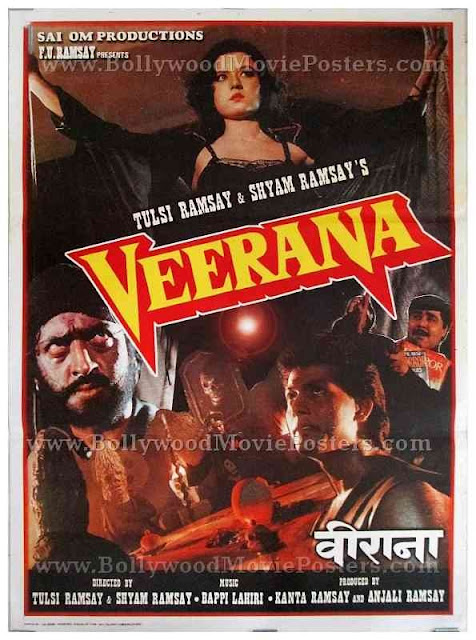 And this is why you don't pick up strange girls in India. Oh sure, they might look pretty, and you may like hitchhikers, but give them a lift and they'll eat your heart and steal your car before you have time to shake your head!

An evil witch named Nakita is terrorising a village in India, until a brave citizen tricks her and brings about her downfall. After the witch's execution, her body is stolen by her devoted cult, and they transplant her soul into the body of this man's daughter, killing both her parents in the process. Years later, the girl Jasmin has all grown up, and seems well-adjusted, but experiences flashes of possession, where Nakita regains control and wreaks havoc. A special date is fast approaching, one that will allow the cult to bring their mistress permanently back to the world of the living, and kill countless people in the process. Only a young man and his friends can save Jasmin from this fate, and end the witch's evil for good... 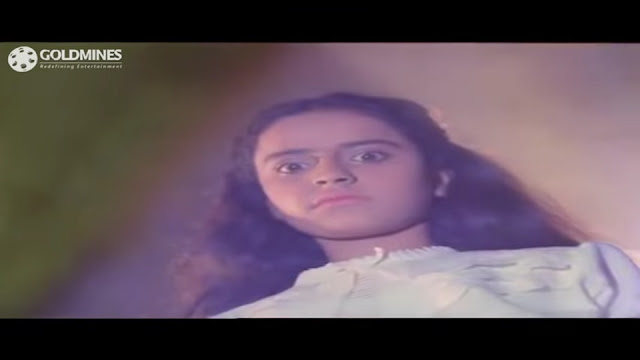 Veerana is a thoroughly entertaining example of Bollywood horror! It sets up the story well, doesn't take   and doesn't feel overlong, either! I've seen lesser entries that had prologues that would last a thousand years, and the movies would feel so boring you could grow a luxurious beard in the time it takes for them to pass. Veerana however moves at a good pace. No scene is too long or too short, and you leave feeling satisfied

The story is pretty neat, although perhaps doesn't go s far as it could have. It starts out as an evil child movie, with the possessed = flexing her muscles and hanging people from ceiling fans. But after this, however, we suddenly jump forward 10 or 15 years, and she's all grown up. I wanted more killer kid action! This aside, the time skip works well, and doesn't ruin the plot much. All in all it comes early enough that you don't feel hugely cheated or anything. 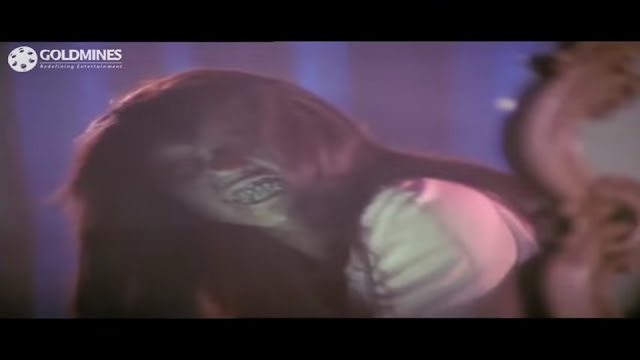 The witchy monster and her acolytes are an interesting bunch, who give the movie some stakes, even if you do marvel at their patience at waiting over a decade to finally do something.


There's a good does of scares throughout the movie. Not too much, or too little, and everything is nicely suspenseful. The film concludes with an action-packed finale. It may look a little like a bunch of actors running about playfighting after raiding a Halloween store, but they're having fun, and so are we.

Bollywood horror stalwarts the Ramsay Brothers (and extended family, judging by the rest of the credits) do a good job with the direction. Shots are well framed, near or far, and we get some really cool imagery in places, as well as some plain awesome views. For all Veerana's bloodthirsty demons and deranged cultists, this/ does a great job at being a compelling travelogue! 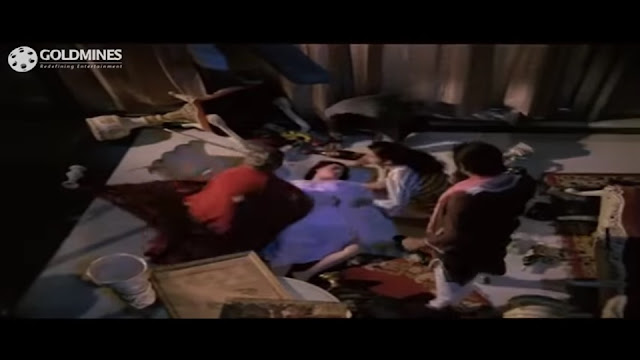 The characters are pretty clever for the most part, although there's one scene in particular where they show themselves to be utter morons. After the witch's first execution, in their infinite wisdom, the town just leaves the monster's corpse hanging in the public square! Look, I get that she is dead now, but she's still magical! I wouldn't feel comfortable until she's reduced to ashes. After all, anyone could come and steal her body for resurrection. Oh, but there's not a chance that'll happen!

Hemant is a likeable enough romantic lead. Sahila is a bundle of sweetness, and Jasmin is cute too. The girls are a good mix of adorable sheltered yet clever. Jasmin gets another side though-Of evilllll! She's pretty effective in such scenes, and the change happens pretty subtly too (well, except when she turns int a slavering monster, but you know what I mean). 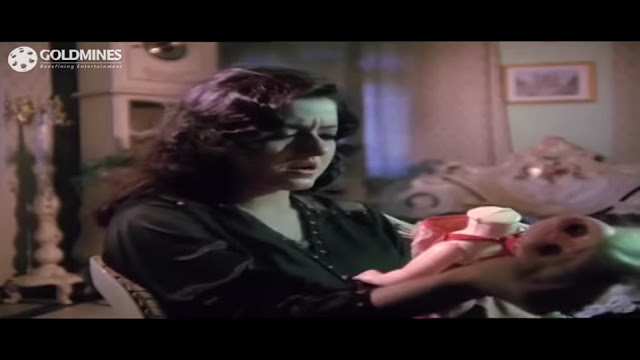 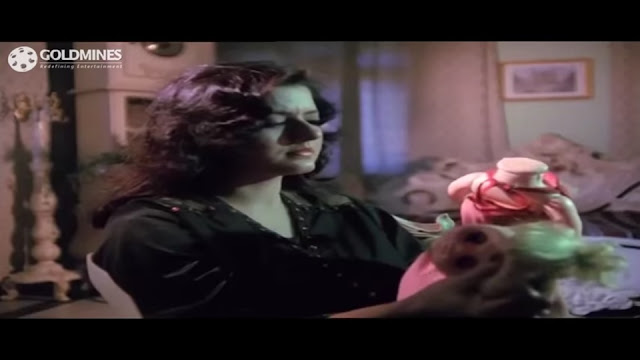 Personally my biggest problem with Veerana is that for the longest time I didn't know there were two girls. I thought it was just the one! Admittedly this was my fault for not understanding Hindi, but I swear these two  look and act exactly the same, and are rarely if ever seen in a scene together before the = mark!

The comic relief here thankfully isn't too grating. What surprised me is what befalls them. Normally I'd complain, but I like how it's the catalyst for  spurring the heroes into action. The other comedy character also becomes very proactive afterwards, earning praise from the audience, unlike all the obnoxious comic relief characters who hog time and do nothing [but get on our nerves]. 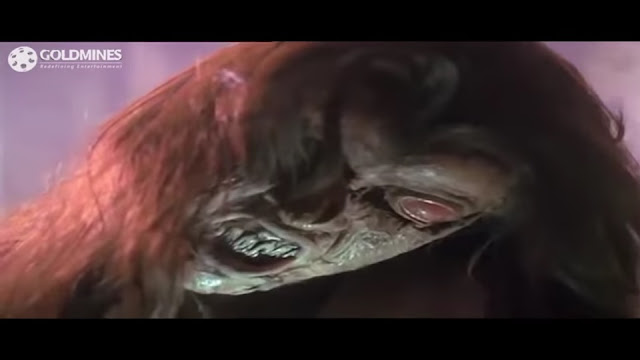 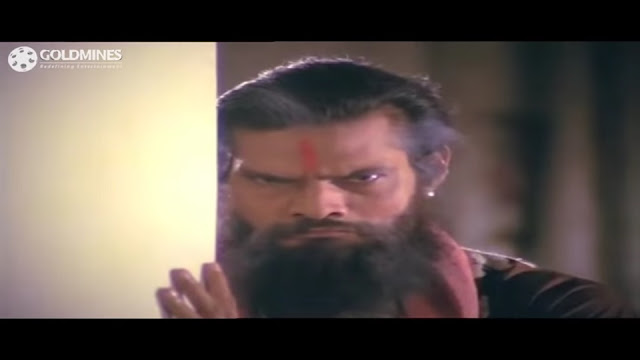 The villains range from the scheming cult leader Baba, to the monstrous witch and her seductive human form, and the possessed Jasmin. There's also a weird inner circle of guys with giant rock heads. For the life of me I couldn't tell if they were just meant to be masks, or if they to were freaky demons.

The musical numbers in Veerana are few and far between, but what's here is very good. I loved the Dur Baba number! It's a 50s sounding doo-wop number like something you'd hear in Happy Days if it came from the subcontinent. 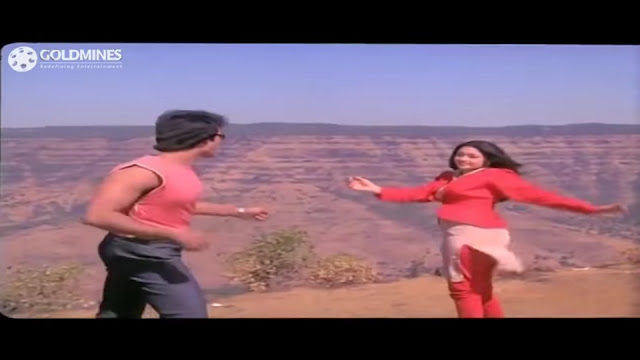 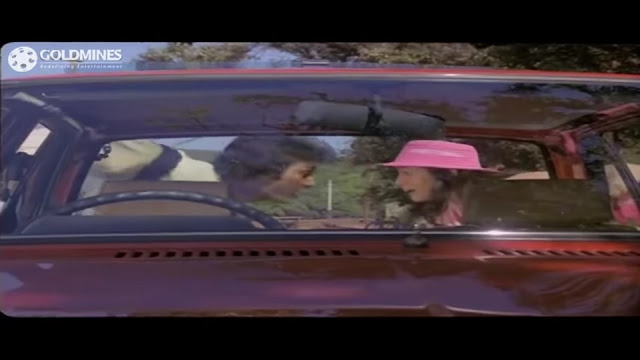 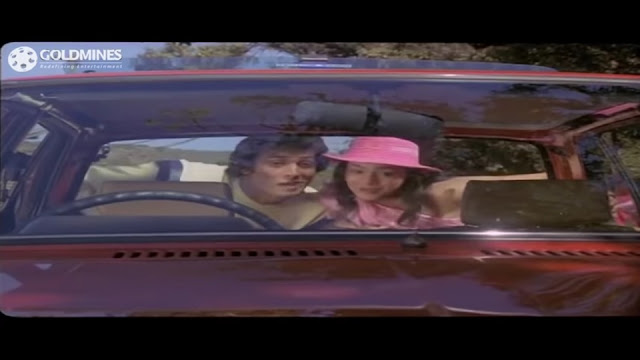 The actors here are all fine. Some weaker than others, and others weirder than others, but all round pretty good. The actresses all look stunningly beautiful, and naturally so too. They know how too embrace curviness. The heroes all convince, and the villains are deliciously evil.

The effects in Veerana are quite eye-popping! A lot of them are very good, and quite convincing in places. Not all of them are that great, but the movie makes up for this by sheer quantity of effects. They're all well made even if they look a little fake, and you can clearly see a lot of effort has gone into the design of everything. The one thing I found strange was the Om symbol, which to my savage/uncultured western eyes looks like a birthday candle for someone who's just turned 30. [I don't know if this is because it's a case of Hindi script resembling random Latin numbers, or maybe this is Latin but it's flipped around, but in any case I don't have any issue with it of course.] 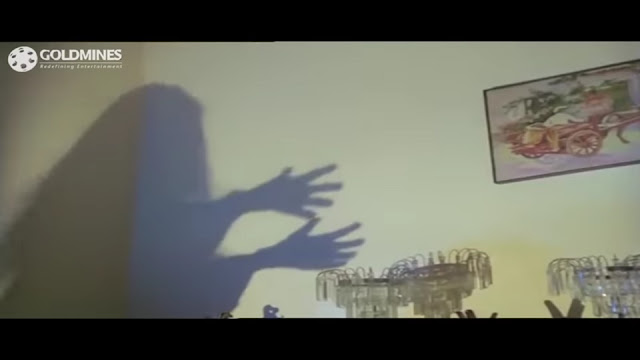 Veerana is an Indian horror that comes highly recommended from me! While others may be garbage (heck, even some from these very same directors!), this is well worth a watch if you're a horror fan and/or wanting to get into Bollywood...
Posted by Chris Hewson at 5:43 PM