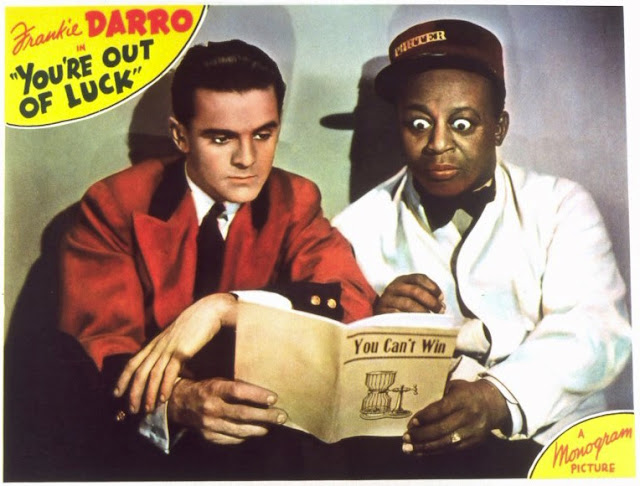 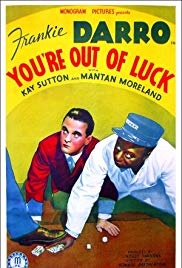 Apartment elevator boy Frankie and his coworker Jeff are having a regular day, when tenant Dayton is gunned down in the parking lot by two assailants/gangsters. The duo call Frankie's policeman brother Tom over to investigate, and he quickly determines the mob-related connection. After unsuccessfully questioning Dayton's friend and neighbour Dick Whitney, Tom conscripts the two young boys into 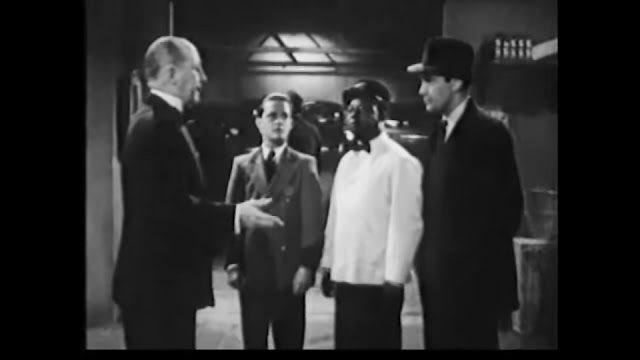 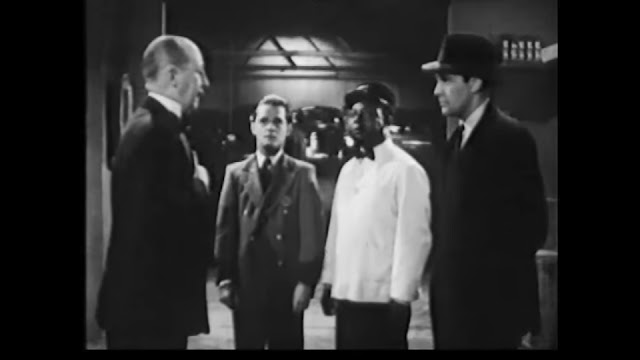 The 6th outing with comedic actors Frankie Darro and Mantan Moreland, You're Out of Luck is once again an improvement. I didn't like it as much as The Gang's All Here, but compared to the first four I watched, this one is a treat!

The story is a conventional mystery, with a few twists and turns, and despite us knowing who the killer is from the get-go, it doesn't make the film any less enjoyable. The story is more in how the leads fight/ him rather than figuring out who he is, as well as keeping the stolen money safe from the crooks. 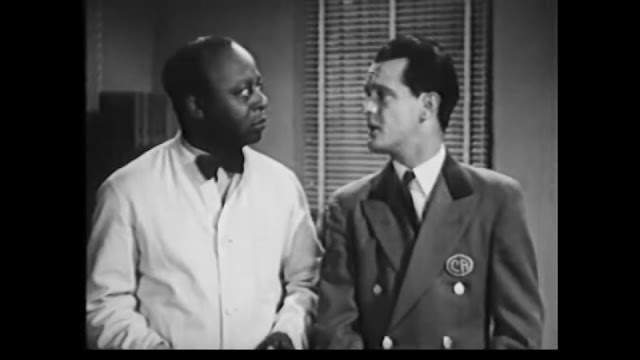 The only thing where the film didn't quite excel at for me was in how set-bound it was to the hotel. This is hardly a dealbreaker, as it a good location, and doesn't feel forced that we end up there a lot of the time, but I kinda wish there'd been more effort to flesh out some other locations.

The characters are both a plus and a negative for You're Out of Luck. It's mostly positive, such as the likeable hero Frankie, and soul and funnybone of the movie Jeff. Tom is nice too, and the relationship between him and his bother is well-crafted. He's not one-dimensionally negative, or unusually upbeat, but strikes a good balance.  The cops are a pretty funny bunch, and their dice games with Jeff [amuse]. "See? I told you gambling never pays," one of them says to Jeff after winning, pocketing all the money. 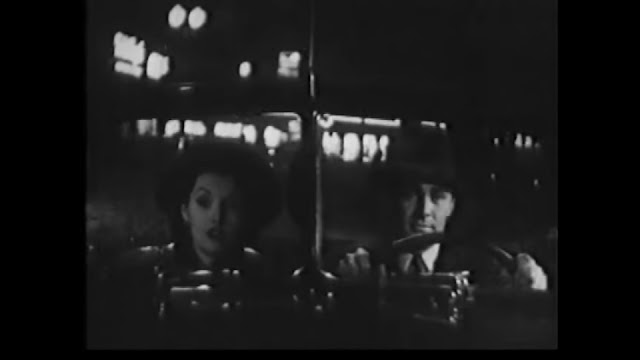 The apartment manager is amusing with his constantly flustered attitude. I liked that while he's frequently pissed off at Jeff and Frankie, he always knows it's because they're doing police work/work for the police, and not because they're just slacking off. Meanwhile, the hotel secretary Marjorie is sweet, helpful, and totally out of Frankie's league, so she's the love interest to his brother instead. 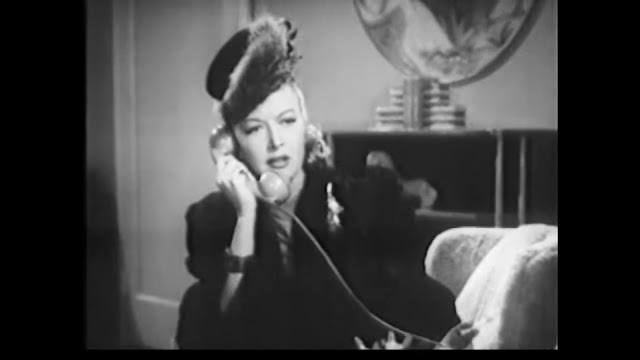 Dayton's's sister Joyce meanwhile is just a weirdo! She seems so oddly calm about her brother's murder, and is single-mindedly intent on getting that money. Yeah, it is owed to her, and her brother and his friend did die trying to get it for her, but you'd think she'd react with disdain towards it. More "I won't have any part of this blood money!" rather than "Ooh, yes please! I'll be a rich girl yet!". The weirdest thing about her character is how the movie doesn't seem to find it weird, and she's never meant to be seen as callous or conniving.

The villains here are a threatening enough bunch, and they get enough/plenty to do  Whitney is interesting to watch. Criminal, yet noble, you're not quite sure what to make of him at first. His motivations end up being quite interesting once you find out. The most confusing character for me was Sonya Varney. She's somewhere in the middle when it comes to her allegiances (moreso in trying to save her own skin), but what confused me was her intermittent/sporadic screentime, coupled with her having the exact same hair style and colour as Joyce! I kept mistaking the two for each-other, and thinking they were the same person at one point. 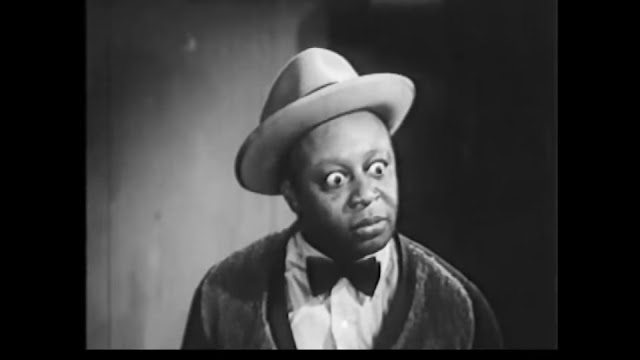 Lastly, the dogged newspaper reporters are a bunch a' bastards! They're crazy with their neverending pursuit in smearing poor Tom's name, constantly vying to get him busted down the ranks for no other reason than he's a good target and it'll make for a good story/. I was surprised by how often they appear, and I've gotta applaud the lengths they'll go to for a scoop. By the end I was wondering what the movie would be like if [it was] told from their perspective. I'm always intrigued by R&G style tales of perspectives from minor or supporting characters.

The humour in You're Out of Luck really lands, with an abundance of funny lines and situations. Moreland naturally gets the best, and he's hilarious/a laugh riot here.

The acting in this movie is all good. Some are familiar faces to me, others are new, and they all do fine jobs, with no bad performances. 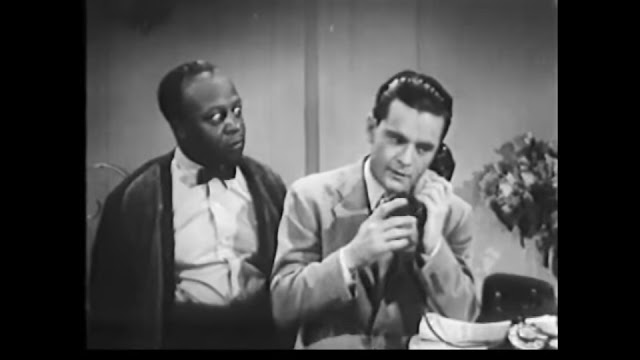 One of the better Darro-Moreland outings, You're Out of Luck does right by its two stars, getting plenty of funny material out of them, and acting as an all-round good hour of adventure...
Posted by Chris Hewson at 7:58 PM