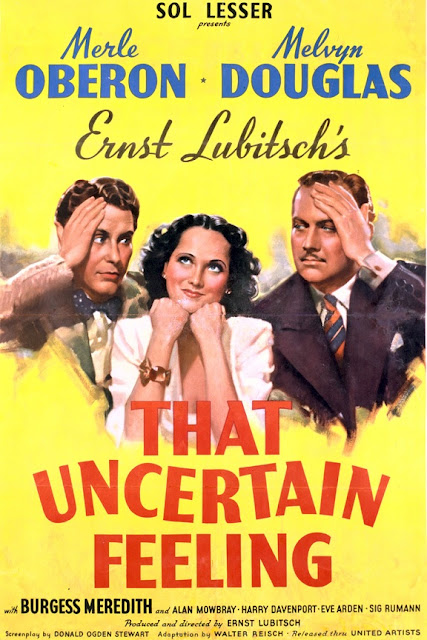 ...Merle Oberon was a woman?!?! Seriously, I had NO IDEA! I always just assumed they were a man, because Merle is a male name, isn't it? I thought it was! There's Merle Haggard, after all. Imagine my surprise after years of thinking otherwise that Oberon was actually a dame! Anyway, I noticed that I own a film with her in it on one of my Mill Creek 50 movie public domain box-sets-The Ernst Lubitsch picture That Uncertain Feeling...

Jill Baker has been stressed lately, and isn't sure why. She's happily married, or so she thinks, but that feeling is challenged when she meets the eccentric Alexander Sebastian, a hostile pianist and pretentious snob, and the two start falling for each-other, Larry has to figure out how to win back his wife... 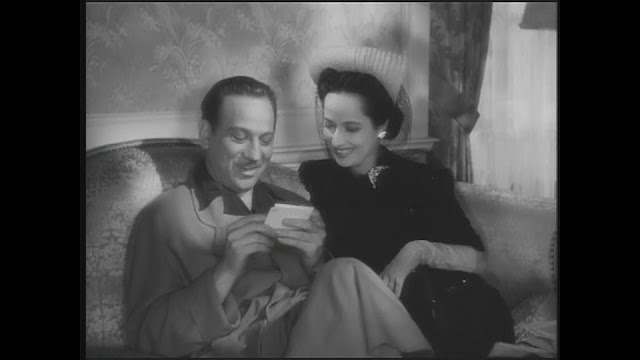 I started off enjoying That Uncertain Feeling, but as the story went on, I liked it less and less, and I know exactly where it all went wrong for me-The introduction of Alexander! When he first appeared, I figured he'd be akin to Jack Nicholson's small appearance in the original Little Shop of Horrors, but then the scene didn't end, and I was filled with the fear of 'Oh god, please don't tell me this guy's now a part of the main cast!', and sure enough, he was. The character is incredibly annoying, and his presence completely drags the film down, taking it in a direction I didn't really want it to go.

The film becomes an absolute slog to get through, because of how unlikeable all the characters become. The husband is the only one who gets off with any dignity. Jill is a whore, and Alexander is an insufferably pretentious bastard! They're all so horrible to each-other! 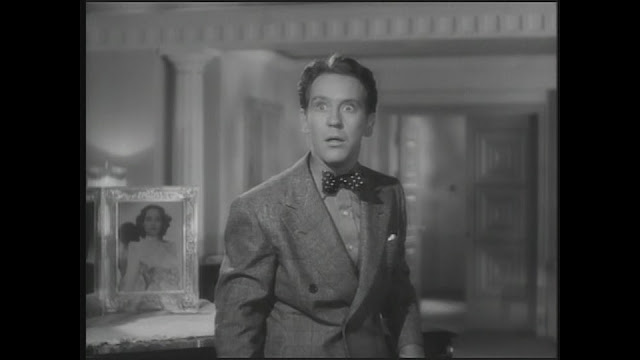 By the end, everything is solved and the two leads are back together again like nothing's happened, but I felt this ending was unearned. She was a cheating bitch who willingly torched a happy relationship for no real reason, shacked up with another man, then when she tired of that she wants to get back with her old husband like nothing ever happened. Larry outlines perfectly  in a speech in the climax, and it should've stuck, painting a fitting moral, but instead Jill gets to have her cake and eat it too, and gets her man back. It's not much of a happy ending as far as I see! At least Alexander gets put out by the end though.

The comedy was pretty hit or miss for me. Some lines were funny, others not so much. I also didn't much care for the occasional text cards, which were outright unfunny at worst, and made me want to throw things at the screen. Probably my least favourite part was the somewhat icky/unpleasant divorce scene. 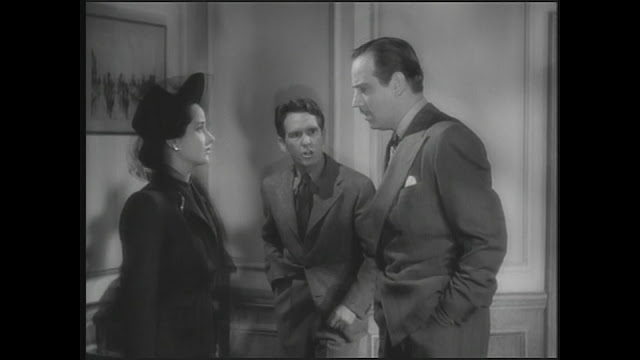 The acting in this movie is all decent. Merle Oberon is fine as the lead, but the unlikeable writing makes her hard to watch at times. Melvyn Douglas is alright. He's nothing special, but he gets the job done., Meanwhile, the character of Alexander is  played by an almost unrecognisably young Burgess Meredith! That's cool, since I like him, but here he irritated me to no end. I'm not really sure how to judge his performance though. It's certainly not bad, but it's perhaps a little too good, considering how much I loathed his character.

Finally, Eve Arden is in this, and I was looking forward to seeing her! I assumed she was Jill's friend, particularly because of the somewhat witty/snarky dialogue she got, but then that character disappeared after a couple of scenes, and rarely, if ever, appeared again. As it turns out though, that was Olive Blakeney, not Eve Arden. She plays the fun secretary, and delivers a pretty amusing performance. I was hoping Larry would end up with her! She actually seems to like him!. 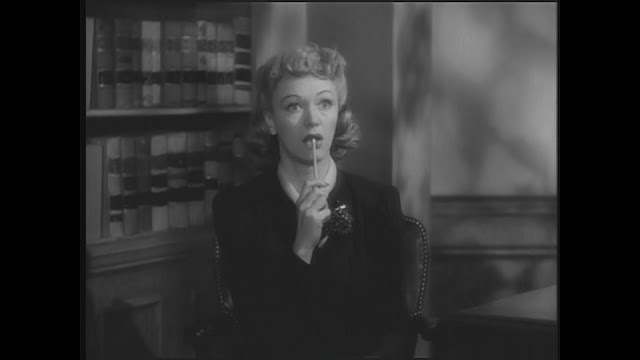 That Uncertain Feeling is an ok watch, though not all that great. Thankfully it's easy and cheap to track down, so you won't lose much by seeing it...
Posted by Chris Hewson at 8:58 PM