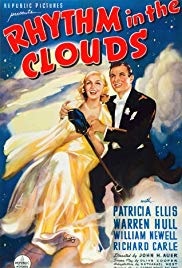 Struggling amateur composer Judy Walker faces yet another rejection, just as she's on the way out from her apartment and onto the street. An accident with a bottle of ink eraser gives her and idea with this last letter however, and she turns it into a note of approval giving her access to famed composer Phil Hale's currently unoccupied apartment. While there, she takes advantage of a phone call to send in some of her own works to a company in need of some fresh new music. Signing Hale as a co-writer to keep up the charade, Judy presents her works much to the adulation of everyone at the company. Things become more difficult however when the writer attached to craft lyrics for her songs turns out to be an intrusive neighbour who can't stand her. Just when it seems like things couldn't get any worse, Phil Hale might just be on his way home soon... 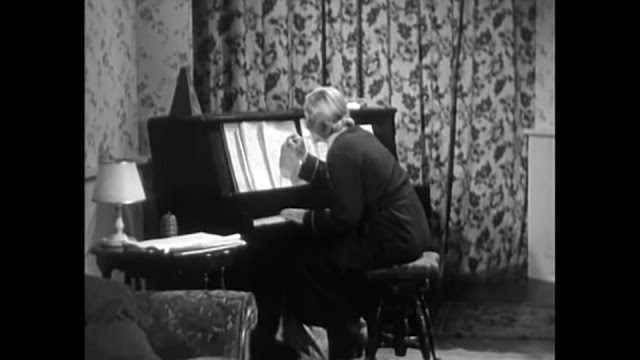 Rhythm in the Clouds is a very entertaining romantic-comedy from a time gone by. It's the kind of story where you know will go, but it's fun watching anyway. This particular film though is special compared to other simply because of how good just about every element is, and then some.

At only 52 minutes, this is a quick and well paced film, never racing by so fast you can't catch your breath, but never slowing so much it's boring. There's plenty happening, from the lead's shifty plans and rise to fame (or at least a home, and some money in the bank and food on the table), to the bitter rivalry between the man and woman that's naturally gonna end with them at the altar. 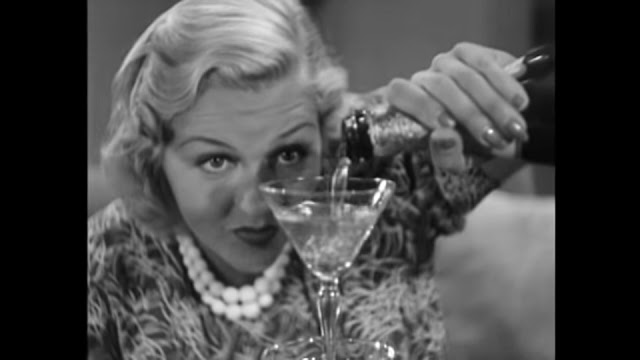 The heroine Judy is likeable from the start, wily and not one to think of the consequences, but also not stupid, and always humble enough. Something I really liked is that she isn't a dazzling singer or starlet, but a behind the scenes creator! How often did you see women in  roles back then? They were usually just the visual talent rather than the creators.

Bob is nice enough. Romantic and generous when the time calls for it, and as talented as he is unreasonable and kooky whenever loud neighbours are concerned. Perceptive and oft beleaguered assistant Clyde is plenty of fun as he's in perpetual damage control, either trying to keep Judy and Bob from discovering the truth about each-other, to pleading on Judy's behalf in a hilarious way to prevent her arrest.

My favourite thing about Rhythm in the Clouds is that even the smaller characters feel fleshed out. J.C. Boswell is your typical blustering boss firing employees then immediately rehiring them. Then there's the Duchess (the big boss), who with a single line gets across history and understanding with Clyde. Conductor Luigi is lots of fun, and even the squeaky-voiced secretary gets her moments. Starlet Dorothy Daye is a nice addition. I like how she comes across as frosty, but not bitchy. And lastly there's Judy's understanding landlady. She's sympathetic to her unlucky tenant, and has given her plenty of extra time, but still ultimately has to evict her unless her situation improves. 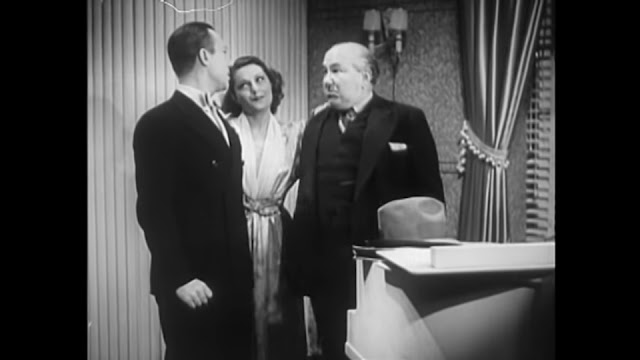 The dialogue in Rhythm in the Clouds is often hilarious.
"Aww well cheer up, it's like I always say, when things get so bad they can't get any worse, they just gotta get better. It's the law of gravity or something"
"If I may say so, Sir, this is a bit irregular." "To have a niece? Nonsense. I've known some gentlemen to even have sisters!"
"What music!" "What lyrics!" "What next."
"You buttered your own bread, go lie in it."

The acting here is all very good. Patricia Ellis is a great lead, nailing every scene she gets. There's one funny moment where she pretends to be a maid and affects a Mantan Moreland style dialect. Everyone else, from Warren Hull and William Newell, to Charles Judels and Richard Carle, all do fine jobs. One interesting bit of trivia is that Hull was married to one Dorothy Daye, coincidentally also a name in this movie. Overall, the only problem I found was one scene which contained some very fake laughing. 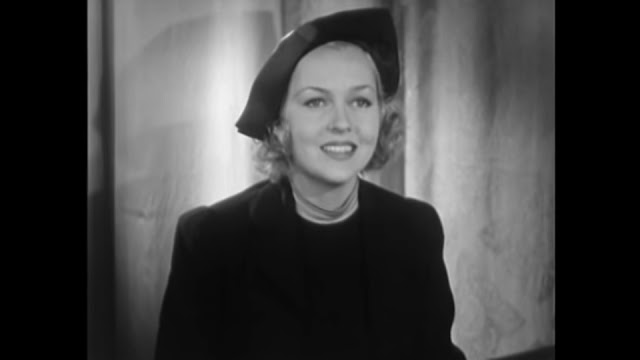 The music in Rhythm in the Clouds is lovely. It's soothing, carefree, and warm. The songs proper are quite fun too, although the singing itself is a bit of a low point. Never terrible, but a little too deep, and the majority actors who do the singing (mainly Warren Hull) aren't the most impressive vocalists.

The direction here is neat. From the interesting opening that establishes the different tenants of Judy's old apartment building, to the clothing transition, there are many creatively filmed shots here. The crew didn't have to put that kind of effort into a movie like this, just as the writers didn't need to have all the supporting cast be clearly defined either. The movie still would've been good, but the fact that they went to that level of effort really shows, and elevates the movie for me. 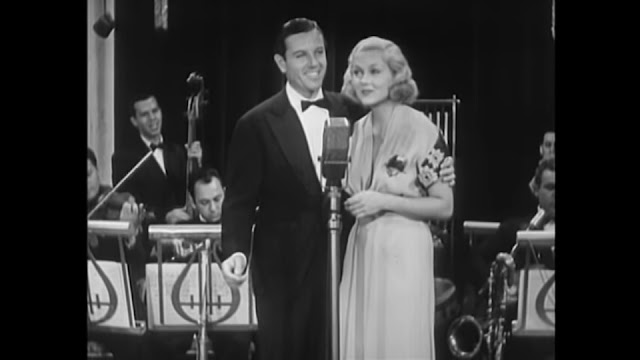 Rhythm in the Clouds can best be summed up with a comment I saw-"I love the way they could make a movie that was 52 minutes and change, and it had everything--well-rounded characters, a fun plot line with twists and turns, and all wrapped up neatly at the end. Too bad we're stuck with 2 hour snoozefests most of the time these days.". Truer words were never spoken, and that is exactly how I feel about this movie. It's a great little film to sit back and relax with...
Posted by Chris Hewson at 6:44 AM