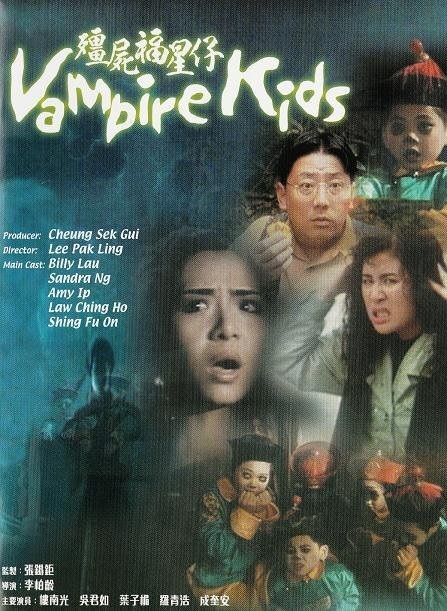 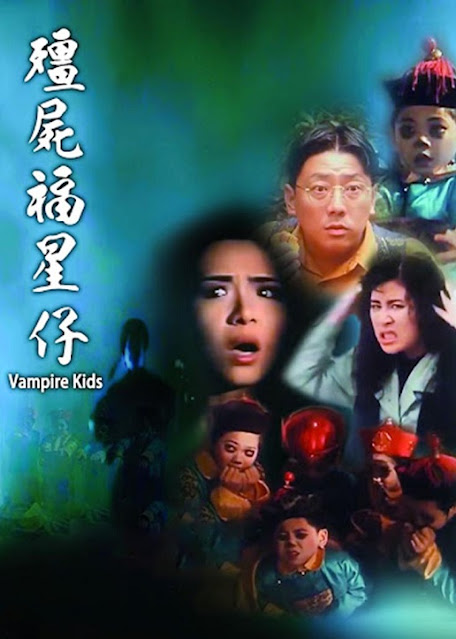 After a disastrous shipwreck, a sailing group wash up on the shores of a deserted island. While empty now, they find evidence of a Japanese military outpost, as well as a shrine to its commander that seems to affect their minds. Between possession, greediness over discovered jewels, and general clumsiness, the group soon have to contend with a new threat-Vampires... 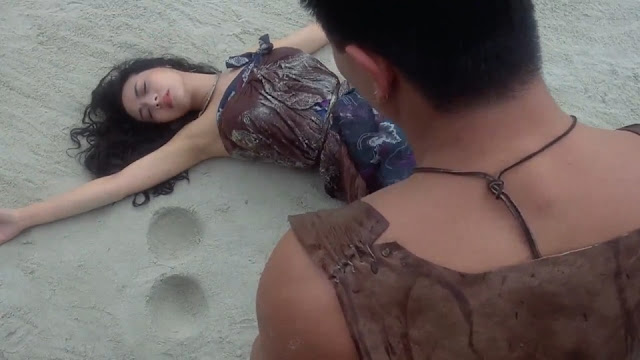 Vampire Kids gets off to an immediate start. Setup? Bah, that just wastes time that could be devoted to comedy antics, and spooky shenanigans! Of course, it would've been nice if we'd actually been properly introduced to these characters before they were shipwrecked, but oh well. At least the film does a decent job of introducing everyone, despite these hurried conditions. 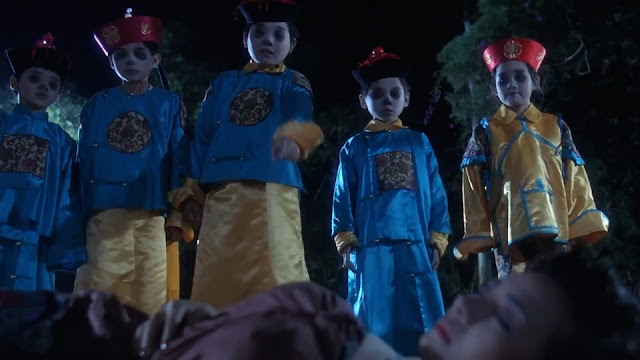 Despite such a rushed prologue, the movie takes a steady pace, revealing things piece by piece. This is good in some ways, but not others. Namely, where are the Vampire Kids? They're only the ones the movie's named after! It's all well and good to introduce things gradually, but when the titular characters don't show up till almost halfway through, that's a problem.
Once they do show up though they appear consistently, and are never far from the action for long. We get a few comic moments of them trying to suck the group's blood, to appease their master, as well as a few tricks to get around this when the humans prove to be tougher than expected. The true villain is an undead Japanese soldier, and he's as mean as the kids are cute, providing a decent opponent. 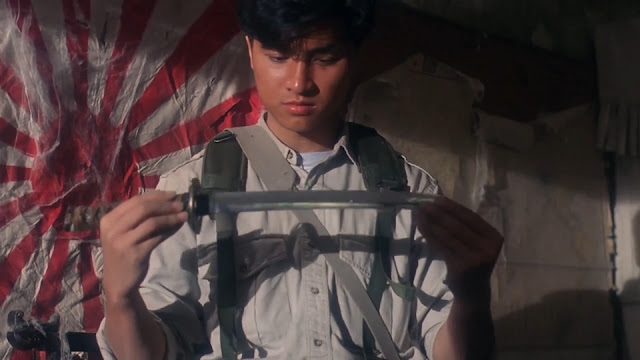 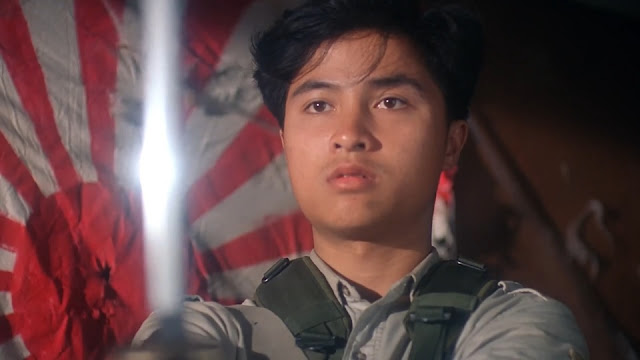 The human characters are a pretty loathsome bunch. A gaggle of rude greedy perverts, The fact that this is intentionally so does go a bit way to remedying this, but it sometimes gets annoying to watch, especially as this isn't a horror film with a bodycount I am glad in a way that none of them die though, because that'd take this movie to a more serious place than it should be. 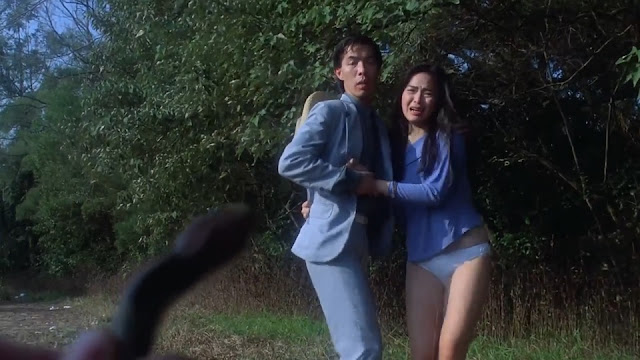 The guys are a mix of nerdy, sporty, and dumb. Something I liked was that the female characters were a pretty varied bunch, and just as flawed and kooky as the guys.
Vampire Kids does very little explaining. Aside from the lack of introductions, there's never really an explanation of who this vampire is, where he got these vampire kids from, who their guardian at the end is, etc. These are all little things that can be overlooked. What is unforgiveable though is the ending! I get that Chinese moviegoers hated big conclusions with a passion, but could we at least have gotten one last look in at least with the heroes, one last joke, or an explanation for how they eventually get off the island? Anything, please! 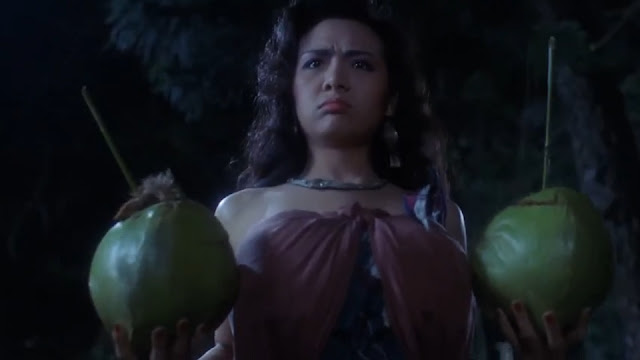 The comedy here is mixed. There are a lot of your obvious jokes that can be seen coming a mile away. There's a lot of lowbrow comedy, and fixations on breasts (Boy is that girl busty!). The film also verges on the gross and occasionally bizarre! Even by Hong Kong standards Vampire Kids is a weird movie, with the shower scene being proof positive. There's also a prolonged magical spanking scene. 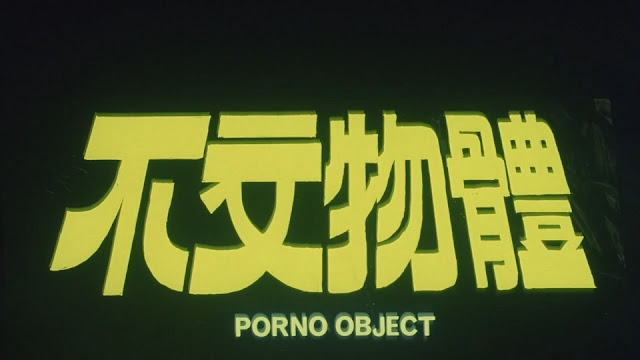 I've seen the movie in both Cantonese and Mandarin versions, both with the typical Chinese comedy translation-Overuse of words like Bastard or Shit, very verbose "I must strangle you!", as well as hilarious lines like "As she super big breasts, so she needs more oxygen.", "Maybe can light it", "I suffer from belly", "Do you know you're stink", and "It's saying, human is afraid ghost, but ghost is more afraid human". 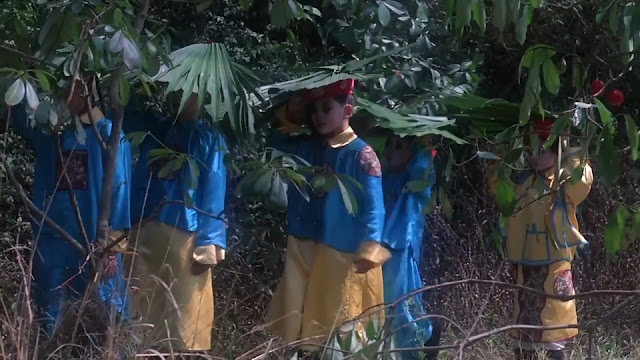 Something I thought Vampire Kids handles fairly well, funnily enough, is the atmosphere. No, this is hardly the spookiest movie out there, but it   pretty nicely. The jokes don't spoil the tense mood too much during such moments, and overall the film is a decent example of a horror-comedy, balancing the genres well.
The cast are alright, albeit do too good a job at being annoying sometimes. Notable actors include Billy Lau and Sandra Ng, reliable (if occasionally grating) mainstays of Chinese cinema.
The music is suitably spooky, with a few good tracks that build the mood up. 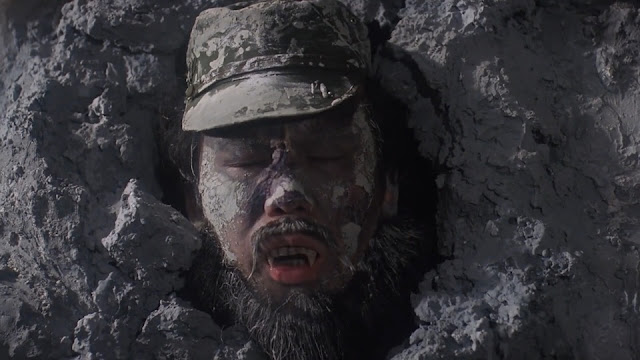 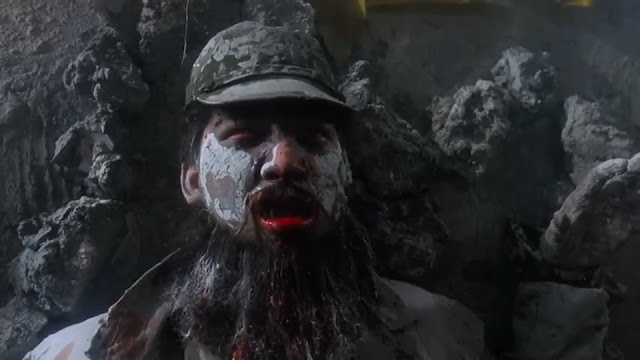 The effects here are quite good. The movie doesn't have a big enough budget for anything super flash, but what it has looks good, from some reliable vampire make-up, and some decent pyrotechnics. 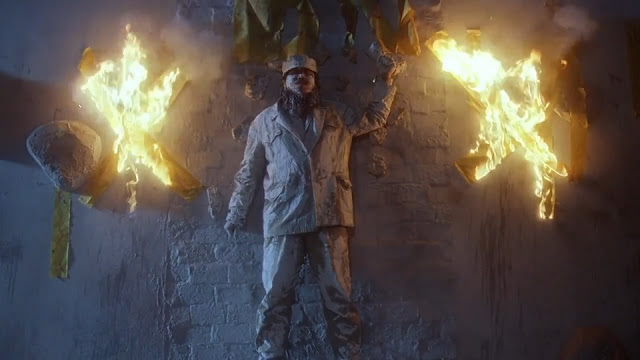 The scenery in Vampire Kids is neat! Whether really shot on a deserted island, or some random spot off the coast of Hong Kong, it's a great setting, and looks convincing. The lush beach, the overgrown greenery, and the abandoned outpost all look neat. The film really makes me want to go there on a holiday! Of course I'd prefer to have a boat back to the mainland, and some garlic and holy water in-case of vampires, but that's what you get for a good destination. 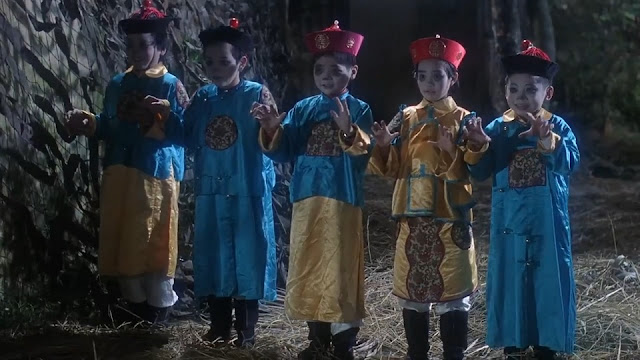 Vampire Kids is one of the lesser examples of HK comedy, but also one of the stranger ones. It's got enough cheesiness and humour, deliberate and unintentional, to amuse fans of this kind of thing. If you're new to the genre there's much better stuff you could watch, but this isn't the worst thing you could stumble across...
Posted by Chris Hewson at 8:51 AM