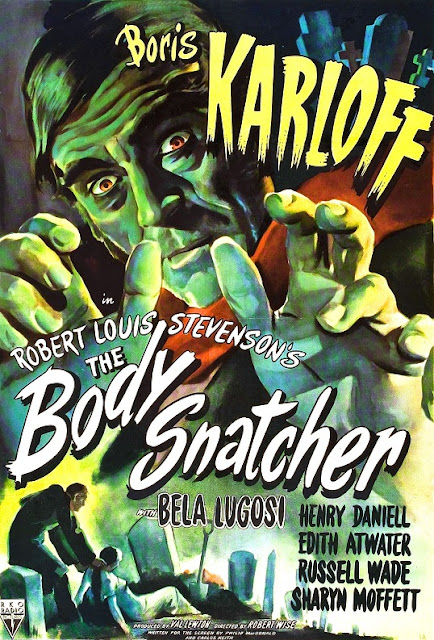 In the 1940s, Val Lewton was one of the more unique producers in the film industry. While not exclusively tied to horror, many of his films have an unmistakeable atmosphere, dark, Gothic, and brooding. His frequent leading man Boris Karloff always had nice things to say about Lewton, and his impact on cinema today is still remembered, even if some people can't put a name to the things he fashioned. 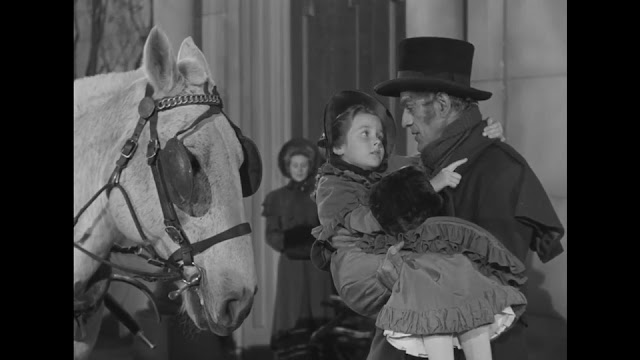 In 19th century Edinburgh, young medical student Fettes begins working under the great Dr. MacFarlane. While he enjoys leaning new things, and is especially keen on helping a paralysed girl walk again, he soon discovers the dark underbelly of what the doctor does. In order to cope with a shortage of bodies for dissection, MacFarlane hires cabman Gray as a body snatcher. Through a past crime, Gray holds a terrible power over the doctor, and it becomes clear that not even the living are safe from this resurrection man... 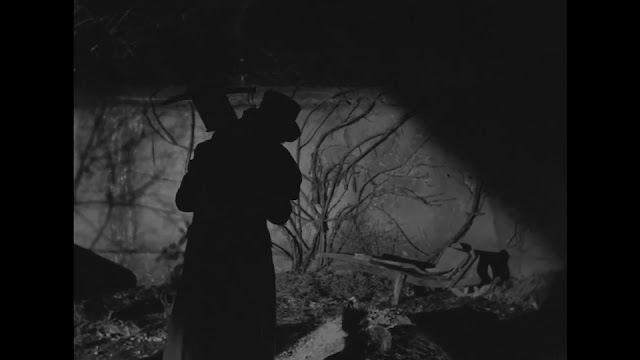 Based on a short story by Robert Louis Stevenson, The Body Snatcher is one of the great horror classics of its decade. With its strong atmosphere, effective story, and fascinating corner of history, it makes for great viewing. 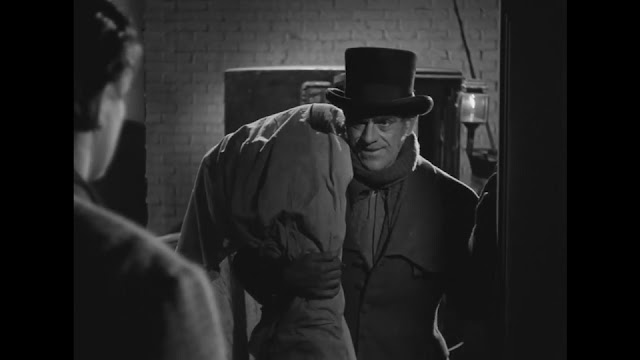 There's a small but strong cast of players here. 'Toddy' MacFarlane is a well-crafted character, goodhearted yet also brusque, with a bedside manner that leaves a little to be desired-'You can walk, you hear me?? DO IT! WALK!'. He's trying to do the right thing in terrible circumstances, but his past deeds just keep coming back in the form of Gray, unable to be thrown away. 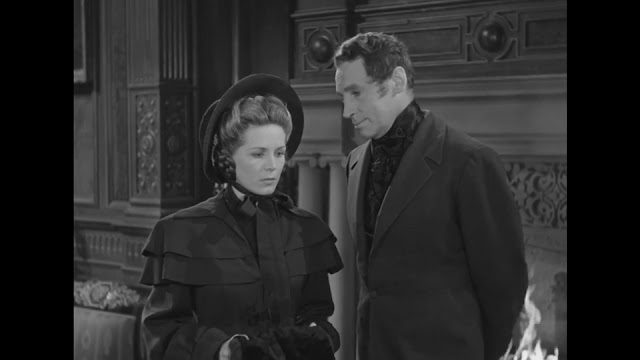 Fettes is a likeable enough guy, and he certainly has better bedside manner than MacFarlance, though his intelligence does leave you wondering about his future in a few moments, such as his involvement in the climax. At this point he really should've washed his hands of the whole affair, but he sees nothing wrong with helping Toddy snatch just one more body. Come on, man! He walks off into the end credits completely unscathed, and we're supposed to presume he doesn't have a very awkward questions to answer for the police. 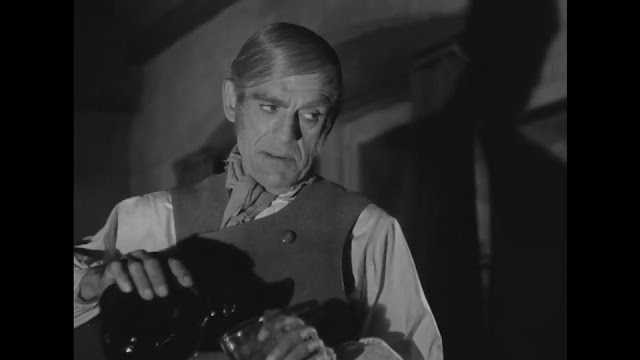 The film's villain is of course Gray, who may not be the most garish and over-the-top villains, merely being a humble cab driver, but he still ranks as one of the all time great baddies in horror cinema. Gray seems like such a jovial and kindhearted man, and his friendship with the crippled girl is genuine. But when his dark side surfaces he's a force to be reckoned with. God help the poor fool who thought it was a good idea to blackmail him!
The remainder of the characters all have their moments, big and small, and none feel superfluous. 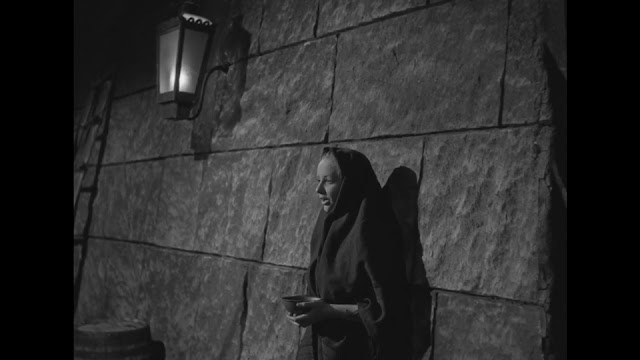 The acting in The Body Snatcher is wonderful. Henry Daniell is a good lead, getting across both the authority and nobility in MacFarlane's character, as well as the powerless desperation. Edith Atwater provides some heart to the movie with a small but effective performance. Pint-sized Sharyn Moffett is cute and handles the drama of her role well, getting both moments of pain and happiness, and never over or under selling them. Donna Lee has a memorable role as the blind street singer, who meets an unfortunate end. And lastly, Russell Wade is perfectly satisfactory. He'd probably fare better with a more fleshed out character, and less titanic co-stars, but as it is he's a little milquetoast in comparison, as anyone would be. 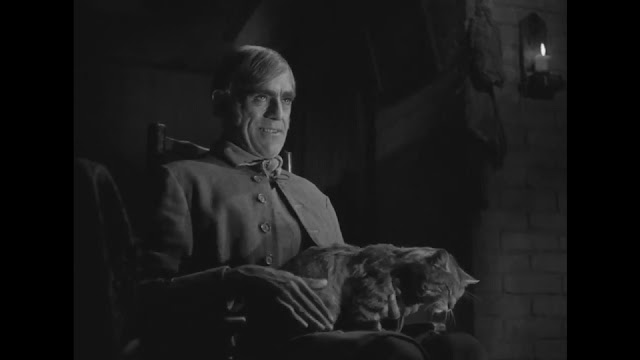 The best actor in the film by far is Boris Karloff, who delivers one of his all-time best performances as Gray. Such a simple character in theory, yet both the writing and acting infuse so much life into him.Equal parts happy and friendly, and threatening, he's a creepy presence. Some of his best scenes are the attempted blackmail, and his final living moment. He should have won an award for this! 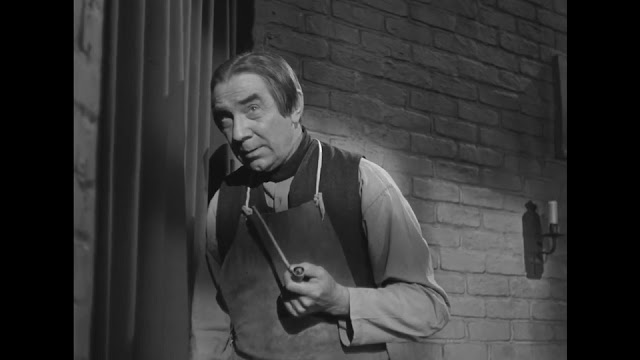 Bela Lugosi's role is surprisingly short, and this was a disappointment at first, but given the rest of the script, and how his character ends up, I think it ultimately works. He and Karloff's final scene together is the stuff of film legend, and that one scene really gives the pair plenty to sink their teeth into, and leaves a lasting impression. This would be their last pairing, and some say their best. 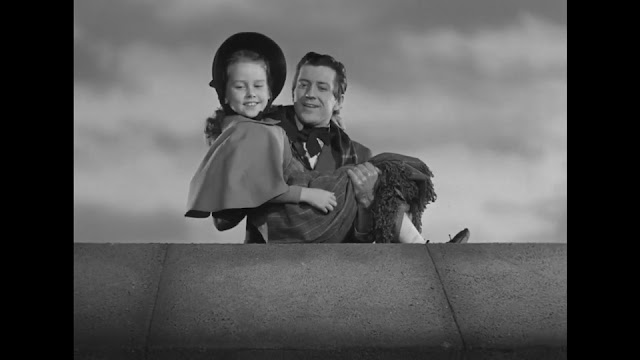 Robert Wise's direction in The Body Snatcher is neat! Shots are never dull, and the movie goes to the effort of showing some interesting angles, and really uses the locations for all they're worth. On that note, the film looks great too! You'd really believe they were all in classical Edinburgh...Well, except for the accents, none of which even remotely sound Scottish (Hearing an American speak of being a Highlander is a hilarious moment). 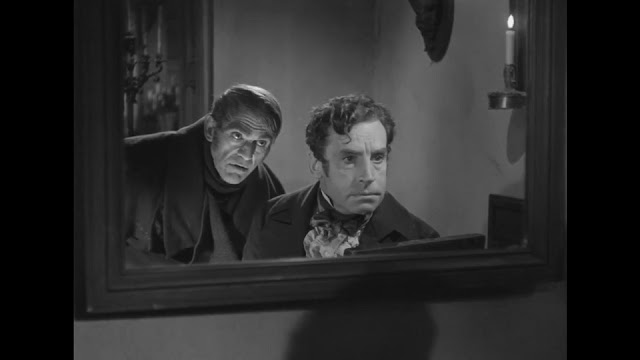 This is a simple yet spectacularly effective chiller, and dull of more great moments that you can point a stick at. It's well worth a watch for horror enthusiasts, young and old alike...
Posted by Chris at 8:45 AM