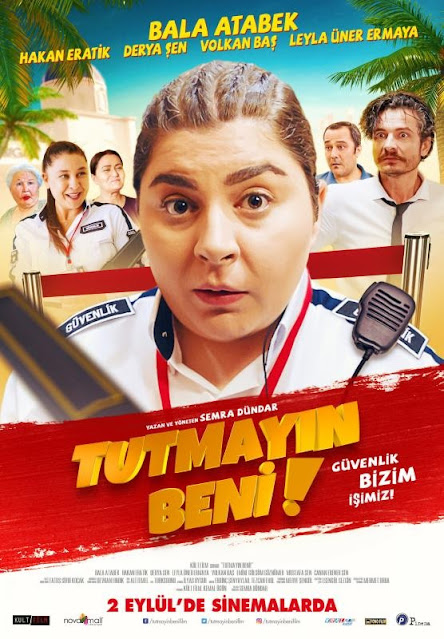 Fikret is an abrasive mall security guard, aching for some action, so she can finally prove herself and join the real police. The arrival of a priceless diamond gets her hopes up, though her attention is quickly taken up by the 'handsome' new security chief. Unbeknownst to anyone though, he has has own plans for the diamond. One night it goes into action and everyone is taken hostage...except 'Rambo' Fikret... 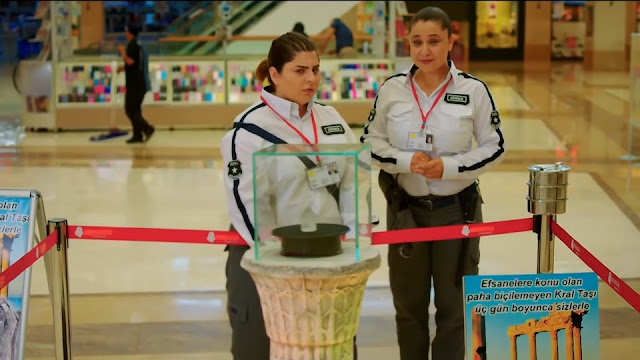 Tutmayın Beni is a real mixed bag of a movie. It's not terrible, per se, and there's quite a bit to enjoy, but overall it pissed me off.
If the summary sounded at all familiar, then like me you've seen Paul Blart: Mall Cop. It's a bit derivative of that film, but does enough of its own thing, with an otherwise distinct lead (albeit with the same motives), and different setpieces. The broad strokes of the plot are quite similar, but let's be real, they were hardly original when Paul Blart did them. That film owed a lot to the likes of Die Hard. 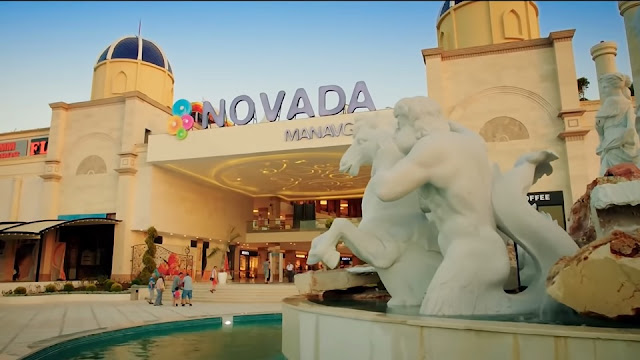 The characters are good and bad. The movie does a good job of exploring the heroine and the other staff at the mall, villain included. 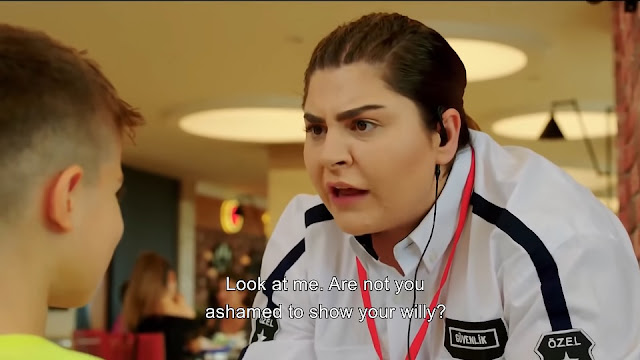 Here's where we get into the first big issue of the film. Its main character is a horrible person! She's meant to be one of those quirky leads who's a bit coarse, but good at heart. But they make her go way too far. Like she ties a woman in the bathroom and beats her up for using the wrong brand of make-up, she publicly strip searches a woman just because she looked too pretty, and she almost kills her grandmother after accidentally hitting her in the head, and barely even cares! And she ultimately gets rewarded for it all in the end!
She's not all bad, and does have her moments here and there, but they're few and far between, and with no sensitivity to balance her antics, she felt just plain mean. I bet she'll be the tyrant of the mall now that she has her promotion! Thank god she's not in the police force! 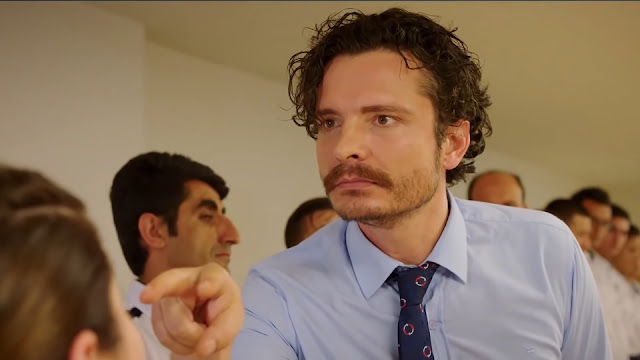 Now let's get into Tutmayın Beni's second big problem, and boy is it a doozy! The movie is 105 minutes, almost 2 hours, yet the invasion of the mall doesn't happen until eighty minutes in! I swear I'm not kidding! It's an hour in before we get the first hint of it, and a further 20 before it actually gets off the ground. The first 80 minutes are devoted entirely to faffing about! On one hand it does work to establish our heroine and the setting, as well as all those who inhabit it, staff and customers alike. But on the other hand, did this have to take so long?? 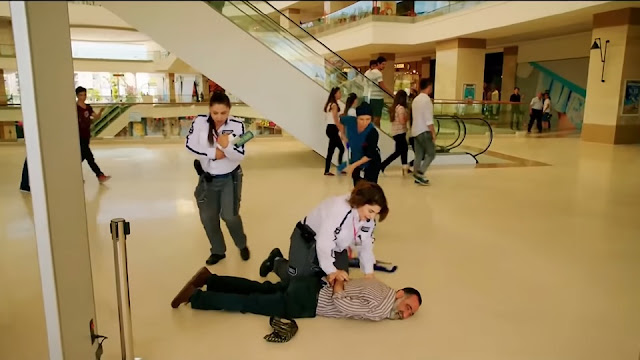 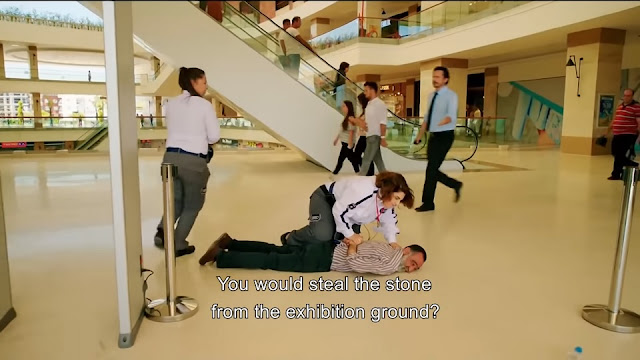 If we compare to Paul Blart, that film took about half an hour before the strife at the mall begins, leaving enough time to set up the characters and location, while leaving plenty for the main story and all the action. You know what happened 80 minutes into Paul Blart: Mall Cop? It was finishing! That movie went from beginning to end in the time it takes Tutmayın Beni to simply begin! What other movie only gets going 20 minutes before the bloody end?! The best way of putting this film's faults is that it's all gravy and no meat. 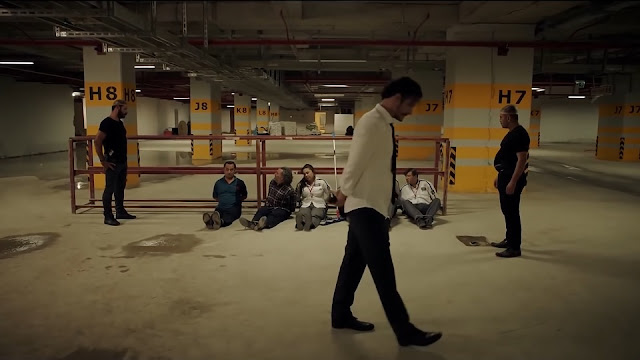 Now you're probably wondering how rushed the climax is, since it's gotta cram a whole movie's worth of plot into less time than a sitcom episode. It's decent enough for what it is, but everything happens very easily, and Fikret is able to quickly dispatch of each crook with little opposition. It makes her a little overpowered, really. The final minutes are amusing though. 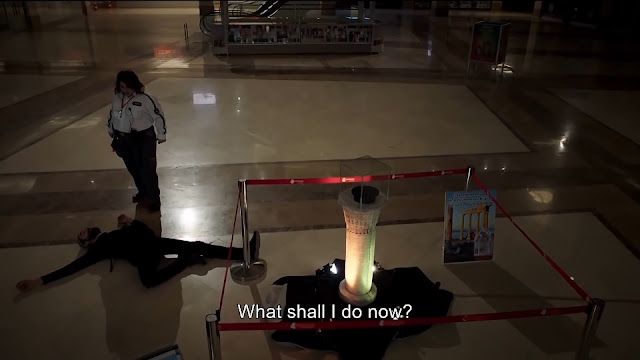 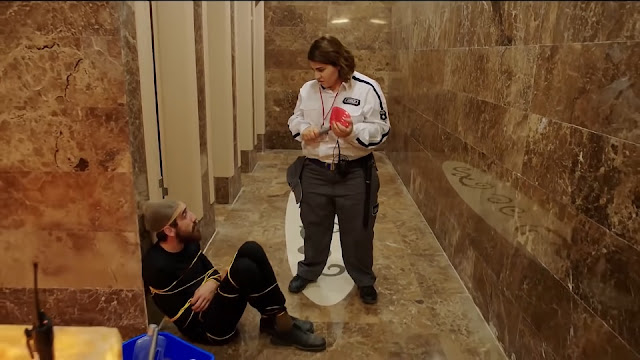 The location of the film works very well. It always feels like a living breathing area, and is used effectively throughout. There was one freaky moment when of of the actor's arms partly disappeared! That must mean that part was shot on a green screen or something, but it sure as heck doesn't look like it! Maybe the set was just haunted. They could have filmed a separate horror movie there at night!
The score is made up of quite fun Anatolian tunes, with lots of nifty jingling and drumming to keep things lively. 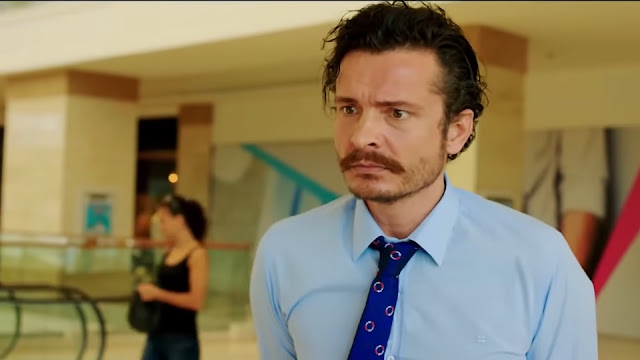 The acting in Tutmayın Beni is all good. Bala Atabek can be annoying, but when you don't want to shoot her character, she's a fun presence. Derya Şen is cute and sweet. Hakan Eratik delivers an amusingly frazzled performance as the underhanded security chief, and I swear to God he looks exactly like Howard Moon from The Mighty Boosh! Even down to the messy hair and beady eyes!...Sorry Mr. Eratik! 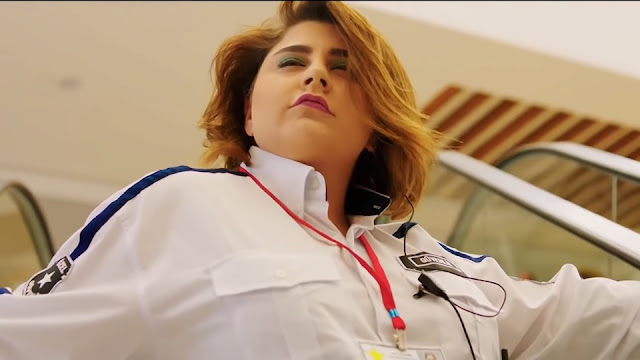 Overall, Paul Blart is definitely the better Mall Cop. Tutmayın Beni has its upsides, and if you have enough interest, I suppose you could watch it, though you'd be better of spending your time elsewhere. I'll say this for it, at least it's better than Blart's sequel, Jesus!...
Posted by Chris at 8:19 AM