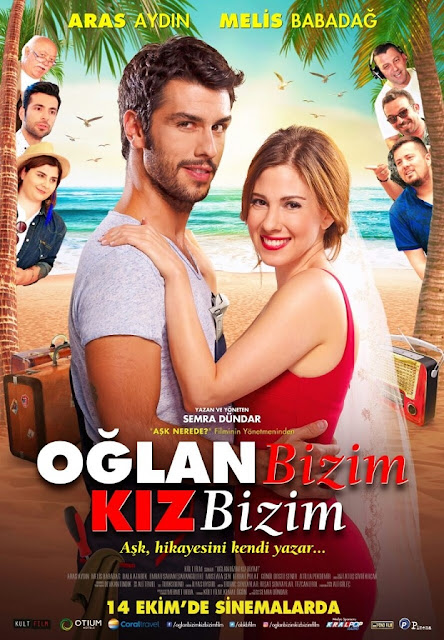 In Istanbul a radio contest is being held, and if the first two listeners can phone in with the answer in time, they win an all-expenses paid vacation to Antalya. The winners are mechanic Barış, and perky girl Zeynep. She is eager to invite her boyfriend to come along, but no sooner than she asks is she unceremoniously dumped. She decides to take her mind off everything with this trip, her friend Berna tagging along. Barış and his friend Emrah immediately butt heads with the two women, and they begin a petty feud, threatening to derail the holiday fun... 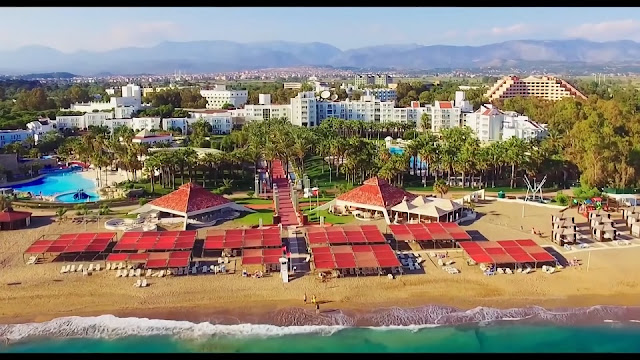 Oğlan Bizim Kız Bizim is an enjoyable Turkish rom-com. It's a little on the long side at nearly 2 hours, but for a good reason as it's in many ways a film of two halves. In any case it's never boring or drawn out, and will be over before you know it, which is always a good sign. Except when you're enjoying it so much you never want it to end! But that's how it goes.
The film's first half is more focused on comedy, with the duos and their escalating war of pranks. This wraps up by the halfway point and the tensions thaw, after which we see their friendships grow, and  begin to fall in love, leading to the more romantic second half, 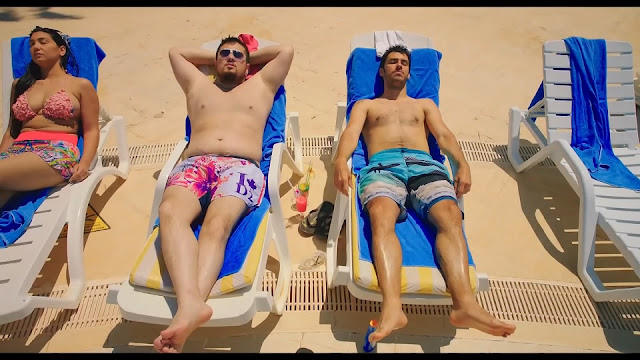 Where the movie falters is in how these two halves come together. The answer is, they don't. We go from a raucous comedy to a heartfelt romance with little warning. I felt it was like two different movies stitched together. The comedy between the warring duos and the romance section could both fit well together despite this, but maybe the writer was afraid they would jar, so simply stopped trying to write the first, instead of letting the two halves naturally coalesce. 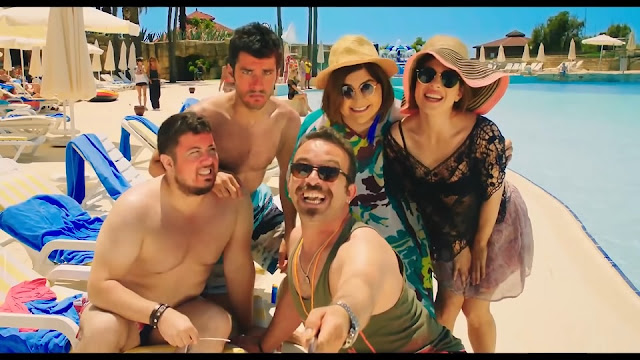 Oğlan Bizim Kız Bizim is pretty exaggerated in some parts, which is par for the course being a Turkish film. For the most part these are all in good ways. Sometimes it does get a little overdone, but usually the exaggerations are amusing, and not taken too badly. 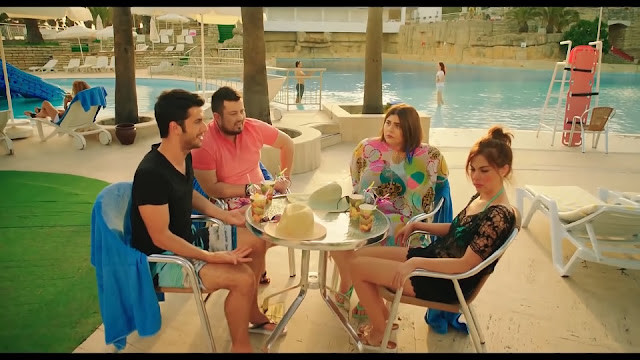 The characters here are good, and the film choosing a small cast to focus on improves it. Barış is a likeable lead, funloving but also charming. Zeynep is spunky and acerbic at times, but sweet overall. The film's division both hinders and helps the romance, depending on your point of view. Because the first half isn't a romance at all, it makes it all the more noticeable when these two fall head over heels so quickly...But then again, I am happy that the majority of the film was the leads just as enemies/friends before they fall in love. It means their romantic interactions can have a strong foundation. 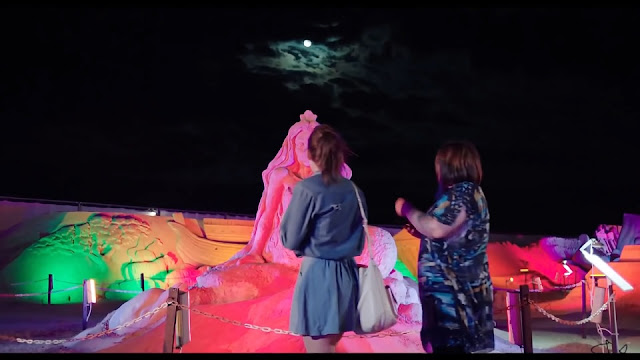 Emrah is an amusing comic character, as is Zeynep's sidekick Berna. The problem with these two is that they completely disappear for no reason! Halfway through the movie the girls suddenly get a call from work, and Berna has to go back. This isn't important, and was totally unnecessary. All it serves to do is boot out one of the quartet, which weakens the film. As for Emrah, he's still at the resort, but he just vanishes from the action for reasons the writer doesn't even bother explaining. I also found it weird that he gets a girlfriend in the form of a random blonde lady he meets, who has practically no dialogue, when I thought for sure he and Berna would end up being a thing/an item. 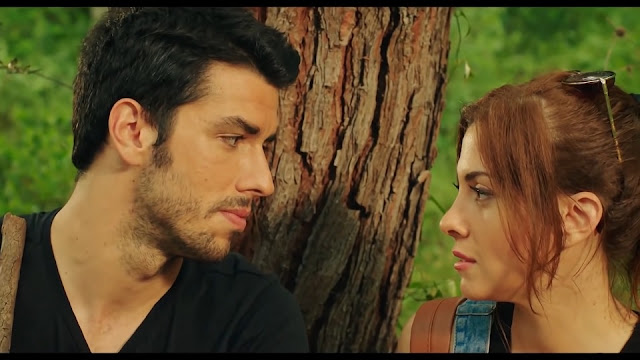 If the movie can be considered to have a villain, it'd be Zeynep's scheming ex Tolga, who's suitably slimy, and tries making trouble in the last act. The tricks Barış and Zeynep use to make him jealous are great. I was a little annoyed at her for still pining for Tolga as late as she does though, and for falling into his trap. Thankfully she realises almost entirely on her own that he is full of it, despite needing a little help from Emrah. 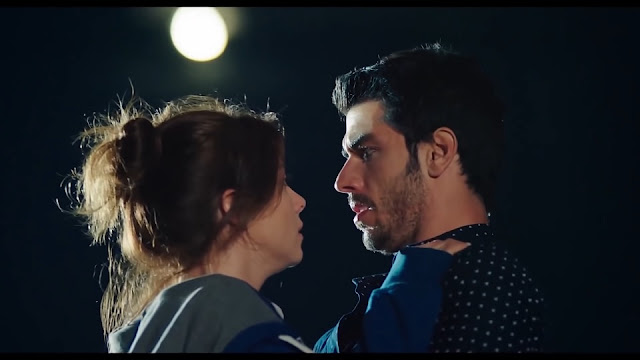 The actors all do nicely. Some scenes certainly can be overdone. Whether they're annoying or not depends on the scene, but overall I thought they did well, especially with the romantic stuff later on. Aras Aydın and Melis Babadağ are good leads, while Emrah Şahan and Bala Atabek do well as the supporting comic relief. I especially liked Atabek, who wasn't bad the last time I saw her, but was playing a very annoying/unlikeable character, whereas she was nicer and less crazy here. 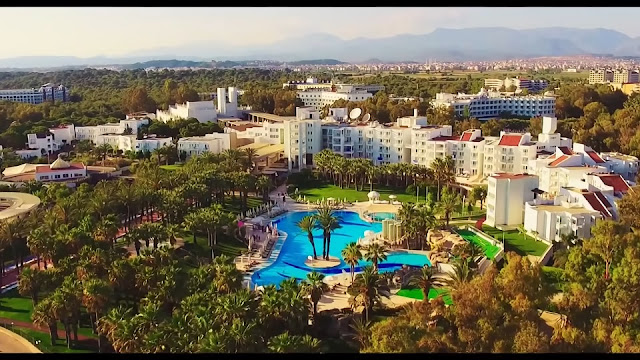 The film is directed very well, with cool shots of both the actors, and the locales. Antalya and its natural and manmade wonders really shine here, and look lovely by moonlight. The music is fun too, like a mix of old and new, with funk electronic(?) Anatolian beats. Add in some archive music, and you've got a fairly enjoyable score. 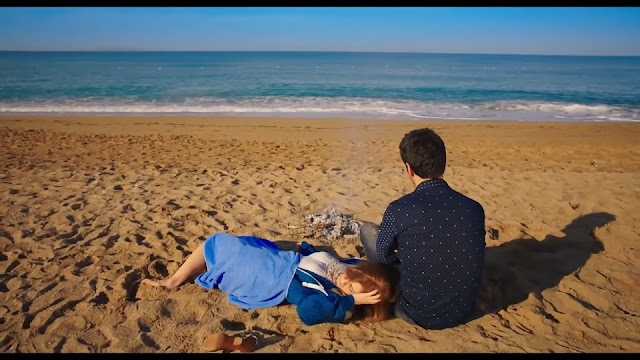 Oğlan Bizim Kız Bizim is a fun time to be had. If you're an aficionado of all things Turkish, this is one to check out. It's sure to not disappoint...
Posted by Chris at 8:16 AM