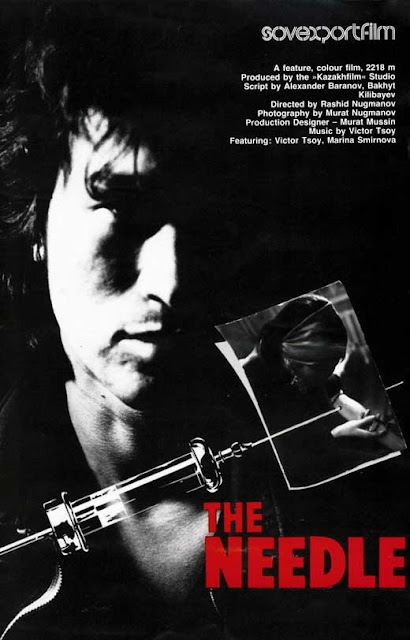 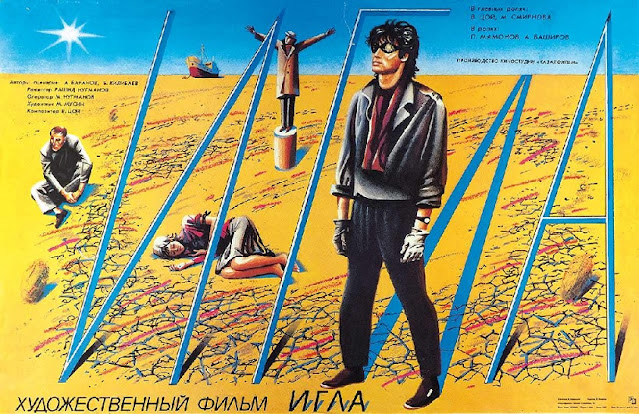 Many countries have cinematic waves, and this is an interesting topic to delve into. These 'waves' are often described/named as such by outsiders, and sometimes they are confusing. For example, I've heard a bit about the Australian new wave recently, and maybe I just don't know enough about the local cinema, but all those movies in question? I never saw them as being part of any special experimental wave, they're just our normal movies! In other cases it is a valid descriptor, such as the Turkish movies that came after the Yeşilçam era ended, the rise in artistic Persian films after the Filmfarsi movement was forcible shuttered, and the Soviet wave during the Perestroika era, as Communism slowly crumbled. 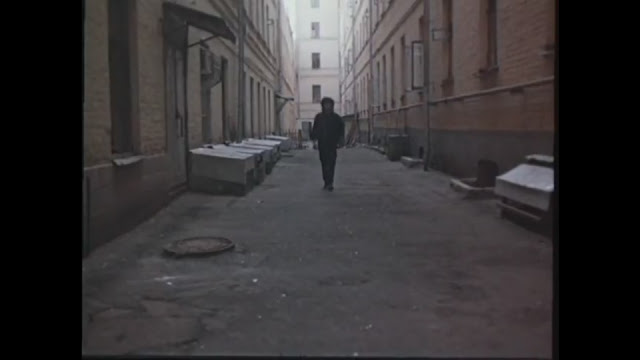 Moro is a tough guy returning to his city, to meet his old girlfriend. Finding her behaviour suspicious, he soon discovers she is addicted to morphine, and decides to help her kick the addiction, and take the fight to the mobsters who got her hooked...
Needle is a weird film. It's a fairly simple story, with a good hook. Man wants to protect his girlfriend from evil pushers. The presentation is where things start feeling off-kilter.
Some scenes feel very prolonged, with nothing happening. I would just groan at the screen, wondering why I'm watching a man walking around aimlessly, or eating in real time. In another we see Moro get on an old ship just to get off it again. The movie's only 76 minutes too, so it's not like it's   Yet the plot is so thin that I guess they had to stretch it out as much as they could. 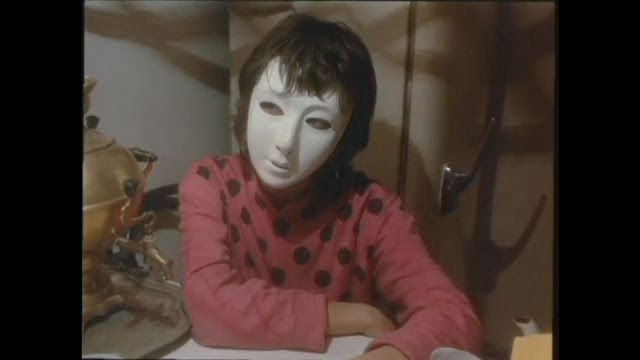 The movie's themes are sometimes interesting, even if I didn't feel there was a lot of substance overall. And I appreciate its message, especially for the time. As much as I dislike the movie for its faults, I still applaud the making of such a film during the Soviet era.
The ending comes at complete random. There's no last battle, and no real reason for this event to happen. It just occurs for the movie to have a dramatic ending. It's a shame, because the ending itself is really cool! Impracticably badass, and maybe a downer, but awesome nonetheless, yet it's spoiled a bit by the sheer randomness of it all. 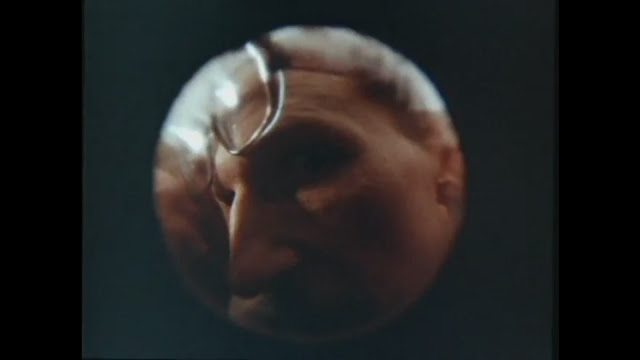 The film has a few surrealist touches. Weird sound effects litter the film, along with omniscient radio noise.  One egregious example is when a fight is interrupted by distorted old TV footage, then it just cuts to the next scene, with no resolution, and in the next scene all these goons are suddenly working for Moro. It's also weird how the final confrontation has random Italian chatter blaring away in the soundtrack.
Another touch I found amusing were the title cards saying things like 'The next day' or 'Later that evening'. It's such an old fashioned film element (by no means bad) to be found in such a punky new-wave film. 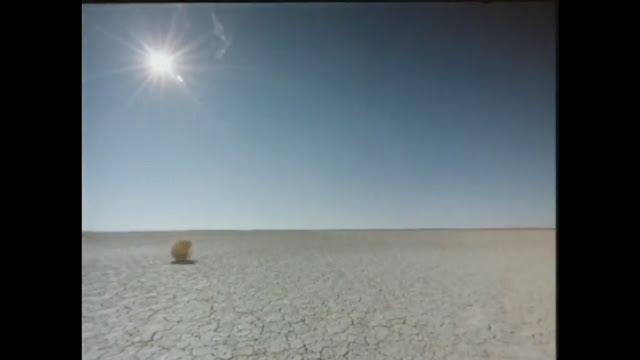 The midsection of the film is set in the dried Aral sea, which at this point in time had been drained by the Russians. It makes for a mesmerising and almost beautiful locale in its alien nature and desolation. Though my my main thought as I saw it was "Fucking Soviet cunts".
The characters are mixed. The hero is of course Moro. At first he came off as a bit of a poser, trying to look cooler than he is. An early example of his personality is when he discovers Dina's addiction, and subtly confronts her about it. He does this by going to her workplace and asking who that guy is who visited her. "Is he fucking you?" he says with a smirk. She ignores him and he repeats it. She begins to storm off, until he takes her arm, there's a pause, and they share a tender glance, and he says..."Is he fucking you?". Geez, man, what's the matter with you?
As the movie progresses he does improve. One thing I liked is that for as much of a standoffish anti-establishment punk Moro is, he has a firm anti-drug stance. This ironically makes him quite a good role model! Sure, he may beat up those who owe him money, and flip off transit guards, but at least he'll do the right thing in the broad strokes! 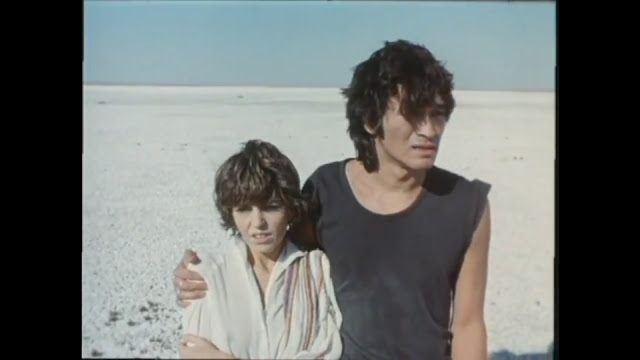 Dina on the other hand isn't very likeable. You do feel for her being stuck in this situation, even if she should really have known better. But her attitude throughout is often frosty, and rarely sympathetic.
Spartak is a weak thug who owes Moro money, which leads to his downfall. He's managed to get himself a nice position commanding a few men in the gang, until his image is so thoroughly broken by Moro that he finds himself abandoned. This leads to a bizarre scene where he gives a satirical Soviet style speech to an empty playground, before running around and screaming like a little boy.
The main villain appears fleetingly, and we never get all that much of an insight into him as a person or how he operates, besides a bit at the end. The remainder of the villains are just random thugs, who rarely do anything distinctive. 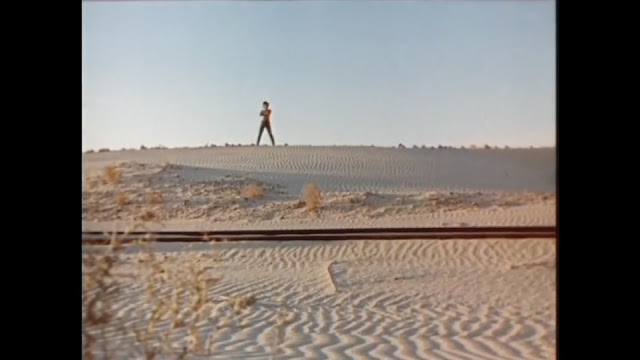 The acting in Needle is pretty good, from what I could tell. At first Viktor Tsoi's acting seemed exactly what you would expect from a singer, but I felt his performance improved as the film went on. For someone with such a 'cool' reputation, he's surprisingly goofy with some of his expressions, which almost makes him hard to take seriously! But then again perhaps it shows humanity. I've read some reviews describe his attempts to come off like Bruce Lee as pompous and weak, but I'd disagree. I feel he cuts quite a good action figure!
The direction here is wonderful. Scenes are arranged with a real flair to them, there's great iconography and symmetry with many scenes, and the way the movie begins and ends in full circle is done perfectly. 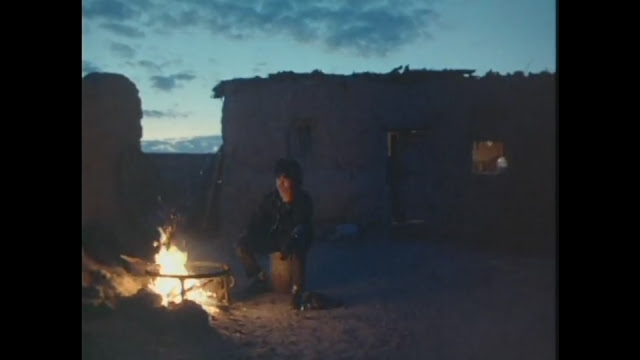 Lastly there is the music. The soundtrack to Needle is comprised of some Kino songs, beginning with A Star Called the Sun, which perfectly sets the mood. Another plays at random during the middle, without much attention. Then there is Blood Type at the end, which not only fits perfectly with the action onscreen, it accentuates it perfectly! This is the perfect song you want to defiantly stroll off to.
I wouldn't recommend Needle as a film. It's a bit boring really. It's got a lot of good qualities inside, but nothing really came together to make a great film for me. But if nothing else I do suggest skimming through to check out the visuals, and watch the intro and ending!
Posted by Chris at 8:17 AM