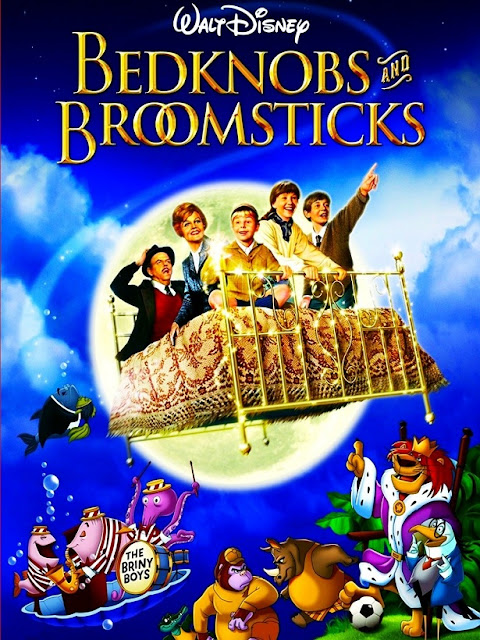 When I was a kid, I disliked many things aimed at my age demographic. Bananas in Pyjamas? Pass! How about The Texas Chainsaw Massacre! Mary Poppins? More like Evil Dead! This isn't to say I hated any younger media, but for many things I was quick to dismiss them as childish. I had this assumption about Bedknobs and Broomsticks, but after I caught it on TV one day I was entranced, and took back every negative thought I ever had!... 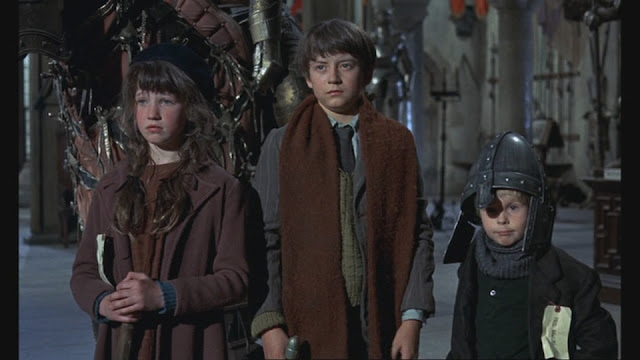 In 1940s England, everyone is doing their part in the war, and spinster Miss Price reluctantly accepts three children into her care. It isn't long before they discover their new guardian has strange hobbies, and they eventually witness her flying on a broom. Now that the cat is out of the bag, Miss Price decides to confide in the kids, revealing that she's a witch. A good witch, of course, and keen to use her powers to defend her country... 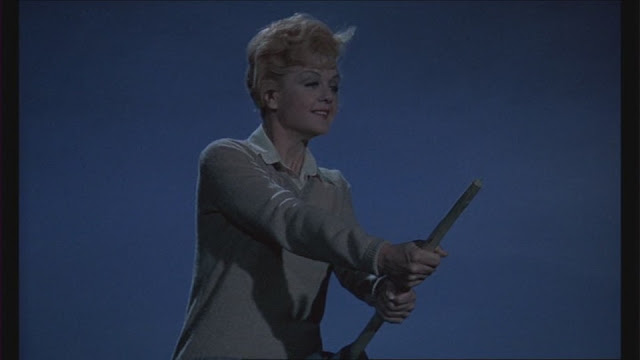 Often considered a sister film to Mary Poppins, Bedknobs and Broomsticks is a thoroughly entertaining for both the young, and adults. In fact there's a line or two that'll have older viewers rolling in their chair, for unintentionally hilarious reasons. 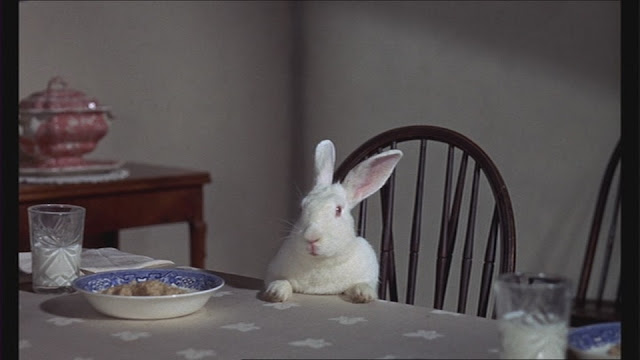 Bedknobs and Broomsticks is quite long at 2 (or 2 and a half) hours, and while it certainly could've been trimmed a little, it's never boring, and is easily able to capture your attention the whole time. For any movie to command a child's attention span so easily, you know it's done something right, regardless of runtime. The opening credits really didn't need to be 6 minutes though! 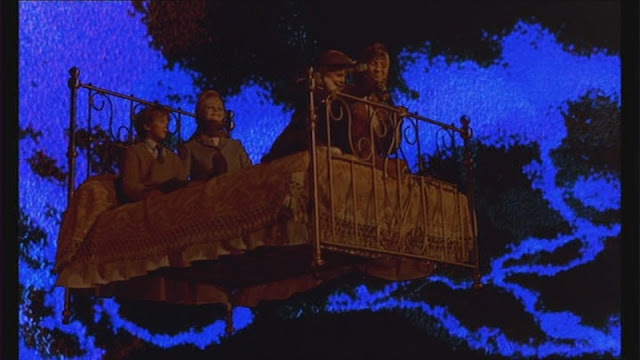 The story has a few ins and outs. First is the general concept, with the wartime refugees and a witch seeking to aid the cause. This turns into a search for the last spell when Miss Price's correspondent's course is abruptly ceased. The gang use an enchanted bed to travel around (which nobody in London notices. Typical), and soon find Professor Emelius Browne, who turns out to be a conniving trickster, flogging every useless thing he can on the market. 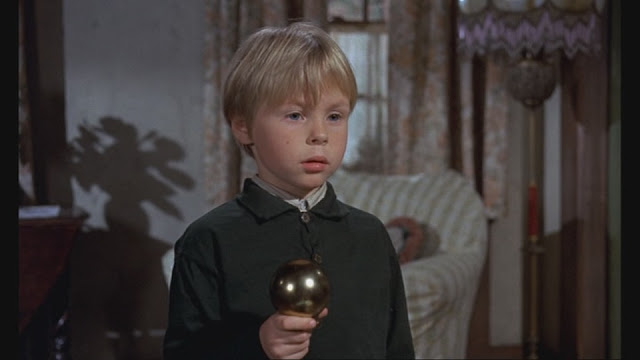 From here on the film takes a few fun and unique directions. One could say the plot's a little overcrowded, but nahhh, to me at least it all flows along well. Even if there is a bit too much going on it's all treated with enough simplicity that it's never confusing. 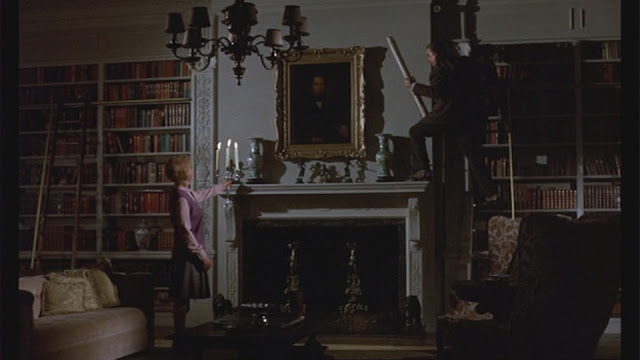 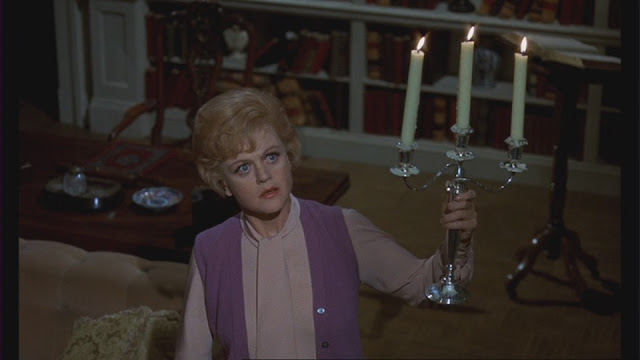 Where the film stands out are the fun moments when live action meets animation. If you're an old fuddy duddy you might point out that the whole animated sequence ends up being superfluous (ok, I admit it is!), but who cares. It's entertaining, creative, and it hardly feels like it's just riding Mary Poppins' coattails, but instead doing its own take on the general idea. 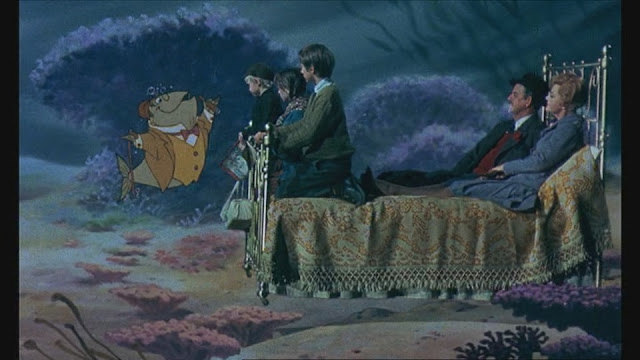 Everything comes full circle, and culminates in a great climax, where we get to see plenty of magic, and a full-scale battle. The ending is a bit of a bummer though. I've never been happy with it, nor understand how the magic has apparently gone away! I also dislike Mr. Browne going off to do his part in the war. He already proved his bravery by fighting off the invasion, and now his part is to stay with his new family, instead of going back to his old life. But instead he ends up leaving anyway! 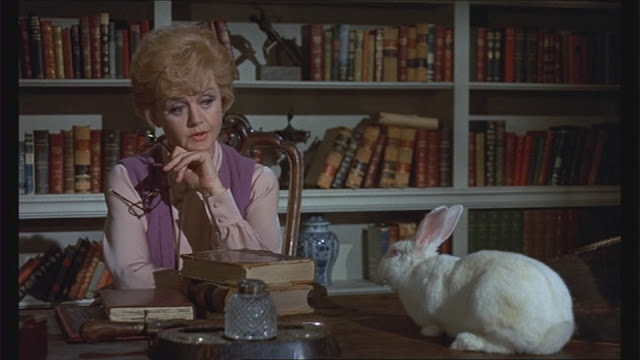 The effects are neat, and the set design and location work are exquisite. The film really captures a classic British feel.
The animation here is very good, full of life and imagination, and is integrated well with the live action actors. Considering they probably weren't able to see what was happening where, it's admirable that they manage to pull it off so convincingly. 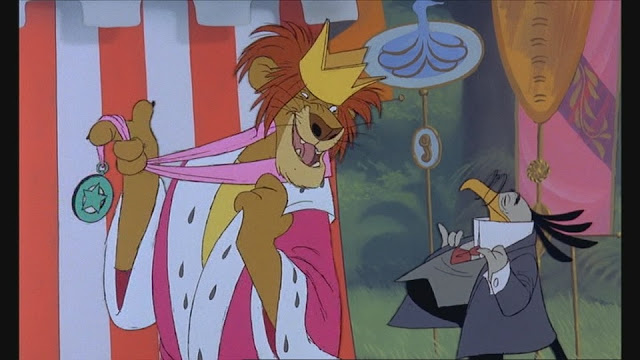 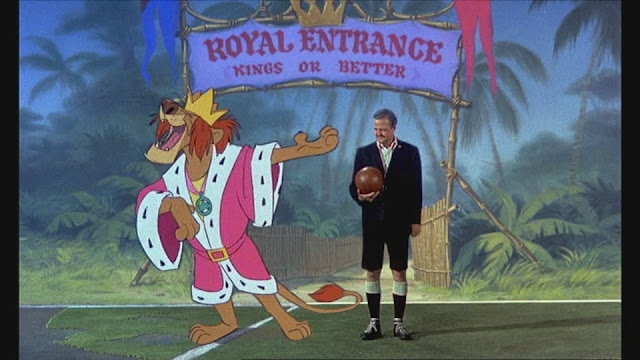 The music in Bedknobs and Broomsticks is a treat! There are many memorable and engaging tunes, from the intro with the home guard, to The Age of Not Believing, Portobello Road, Substitutiary Locomotion, and Eglentine (my favourite!), among others.
The cast do great jobs. Angela Lansbury is a wonderful lead. Born to play mature ladies, and also born to play Brits, despite being a Yank, she has a great mischievous air to her. David Tomlinson is lots of fun too. Ian Weighill and Carrie O'Callaghan are good, while the younger Roy Snart is a little stiffer in places, but never that bad. Other cast members include a reliably enjoyable Roddy McDowall, Sam Jaffe in a villainous role, and some familiar faces from British cinema. 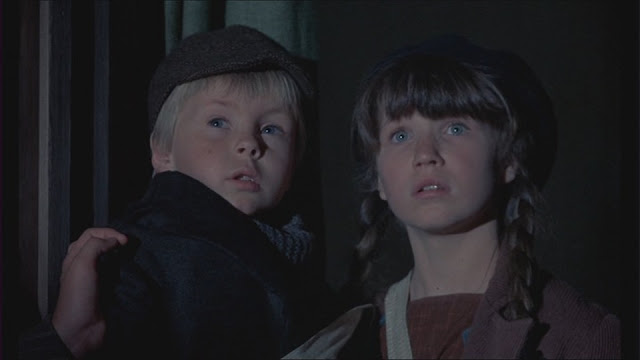 Something else to discuss are the different versions. The film was originally released at just ('just') 2 hours, but sometime in the 90s there was a restoration effort that added about 20 minutes of extra scenes. Some have criticised this, but I felt it's not as bad as all that. I mean, these scenes aren't needed, and could easily be trimmed with no ill effect, but on that same token they are still part of the movie. It's not like this is new footage shot 20 years later, and clumsily edited in. And even with this longer runtime, the movie is still a full hour shorter than Mary Poppins! The only section that stretches on a bit too long is Portobello Road. 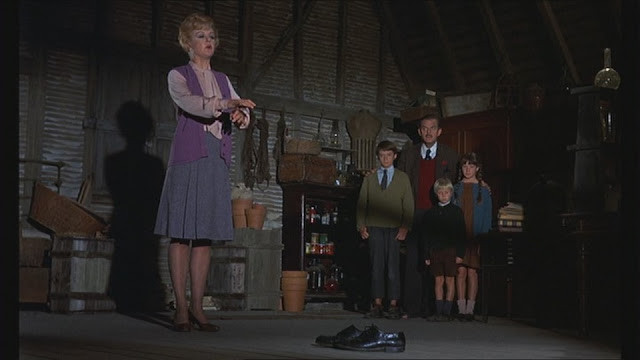 50 years on, Bedknobs and Broomsticks has long since stood the test of time, and will be enjoyed by kids for many years to come, for its charm, humour, and adventure...
Posted by Chris Hewson at 7:24 AM