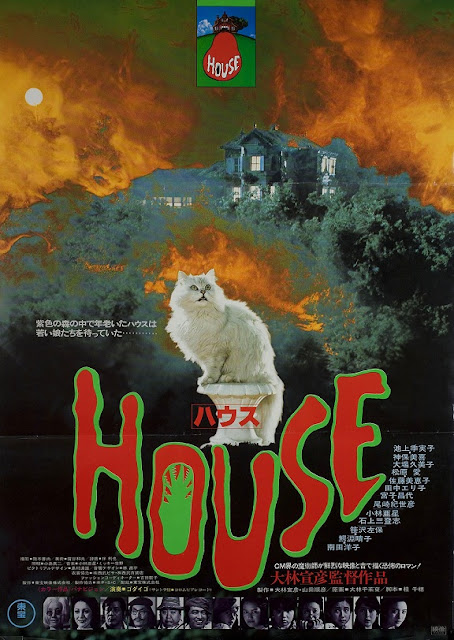 Gorgeous is a schoolgirl ready for a fun holiday with her friends. Seeking to get away from her father's new girlfriend, she takes the gang to her aunt's house in the countryside. They receive a warm welcome, but soon odd things begin to occur, and one by one the girls die by shocking circumstances... 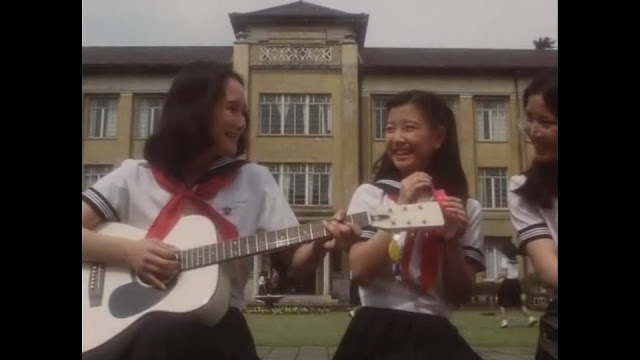 Japan has a long history of horror classics, from the ghost stories of the 60s, to the curse cycle of the 90s, the extreme films of Takashi Miike or Shinya Tsukamoto, and all the wild and wonderful stuff in-between. One of the most bizarre entries to ever come out of the country is 1977 classic Hausu (House), by Nobuhiko Obayashi.
The story to Hausu is simple on the surface level. It's just a girl and friends visiting a haunted house. The way it's told however is completely unique. For the first 30 minutes you can't even tell it is a horror. It's such a colourful, lighthearted, and friendly movie, and a tone of innocence permeates the proceedings. 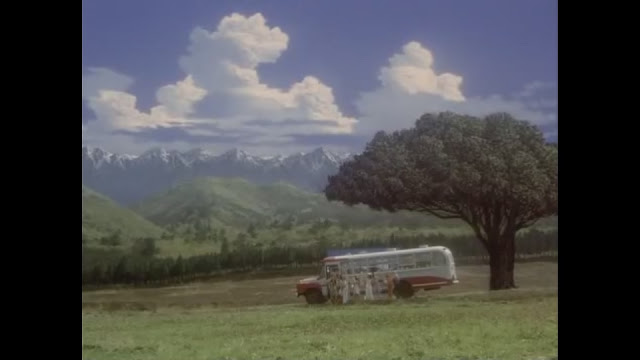 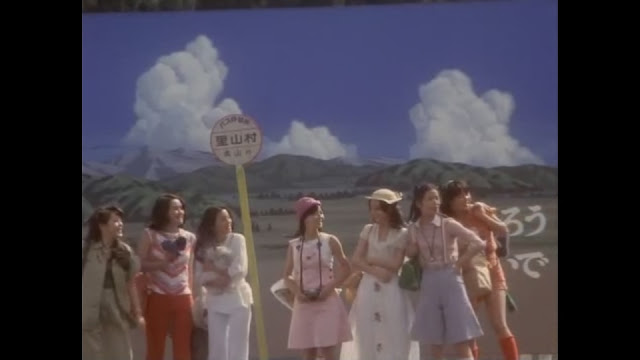 Visually this is a marvel. Just about every scene has a unique touch to it, with frames being separated, scenes being displayed like a storybook, flashbacks arranged like a silent film that the protagonists are 'watching', etc. The sets are comprised mostly of deliberately artificial backdrops, which add a feeling of unreality. 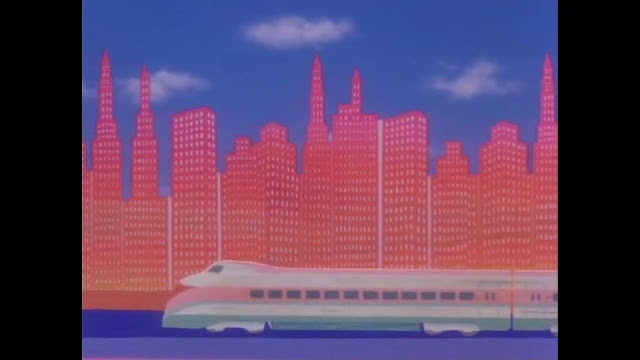 While Japan may be a strange country compared to others, especially in the West, Hausu's weirdness is actually intentional. This movie is strange even to the Japanese! But it is exactly the kind of material they'd be a lot more receptive too. We've got severed heads flying around biting girls on the backside, death by lampshade, and a girl who is eaten by a piano. The surreal elements also come through with how the characters react to everything, and of course the mishmash of different styles and genres. 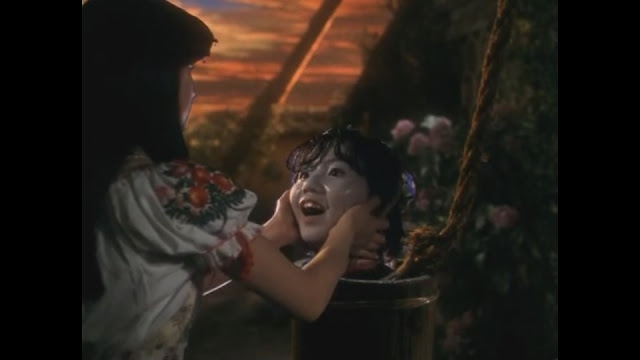 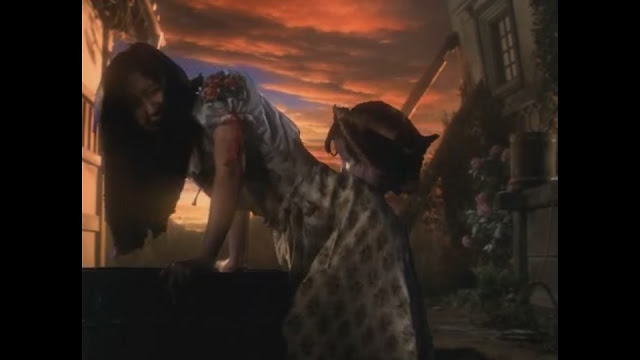 The film came to be when producers at Toho were seeking to do something crazy, and when no-one wanted to attach themselves to the project for fear of hurting their careers, Obayashi stepped up to helm the project himself. The script was developed with the help of his daughter, who gave input on the things that scared her. This childlike sense of terror lends much to the film's off-kilter atmosphere. 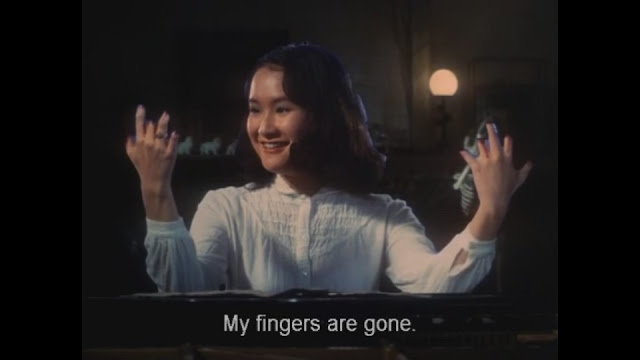 The themes of Hausu are very interesting to examine. Many films of this ilk can come across as goofy for goofy's sake, and this takes away from what they're trying to accomplish. Hausu however always feels like its insanity has a point. The film's lighthearted first act always feels genuine. It doesn't just come across like Obayashi was showing innocence just for the sake of seeing it crumble, but he sincerely wanted to show it. 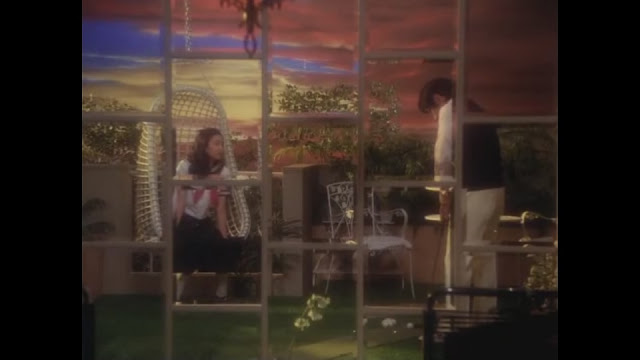 Another big element of the film is negatively lingering/clinging to the past. We see shades of it at the start, with Gorgeous's unreasonable dislike of her new step mother to-be, speaking with her deceased mother's photograph that their father has 'betrayed them'. Then there is the aunt, who was so despondent about her partner's death that she refused to accept he died, and waited in her village long after everyone else had left, wasting away until the house became haunted by her festering desire.
Also contributing to the film's themes are the director's past experiences. Obayashi grew up in Hiroshima, and many people he knew and went to school with all tragically died in an instant, and that sadness can really be felt in the movie if you know what to look for. Despite this theme, Hausu never felt gratuitous in its darkness.

The film ends with a real downer though. I'm totally fine with the midsection taking a darker turn, but for the ending itself to be so dour, with no-one making it out, it's just a real bummer, and doesn't quite gel with the innocent fun of the rest of the film. It feels like we should've gotten a scene where the possessed Gorgeous suddenly thinks "Wait, ghosts can't exist, because rhubarb is blue!" and then suddenly time reverses to the previous day and everyone is fine. And then the cat turns into a dog-The End. 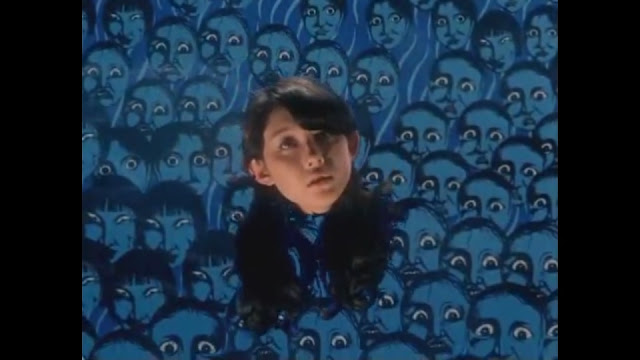 The characters are a hoot. They're such a fun bunch of teenage schoolgirls, and share good chemistry. They act like no-one else on Earth, yet also in a very relatable way, if that makes any sense. I also liked that the movie never feels leery or pervy with its portrayal of them, not even when Kung Fu end up stuck in her panties for half the movie.
The Auntie makes for a fun villain, who acts very sweetly but has sinister intentions. Blanche the cat is also shockingly mean! I hope any felines watching don't follow her example. 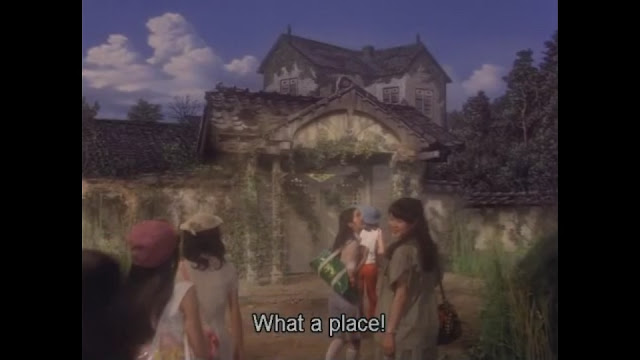 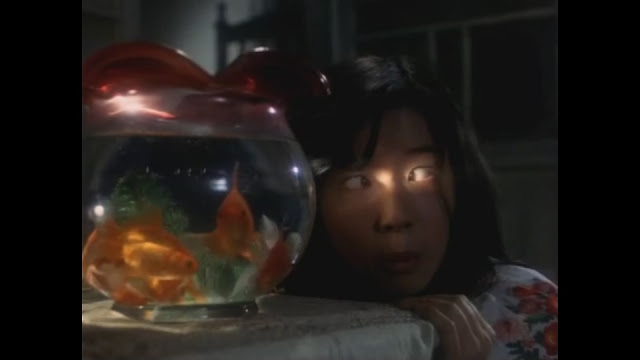 There is a spectacular variety of death scenes here. Some are offscreen, but the rest are all very creative. One girl is eaten by a piano (which doesn't seem to faze her at first), another falls victim to a killer lamp shade, and other unique ends. There's also a scene involving bananas that has to be seen to be believed.
The effects here are really something special. Sometimes convincing, often deliberately fake and/or stylised, and always fun. Hausu absolutely nails all the effects work, and they inform the events on-screen perfectly. 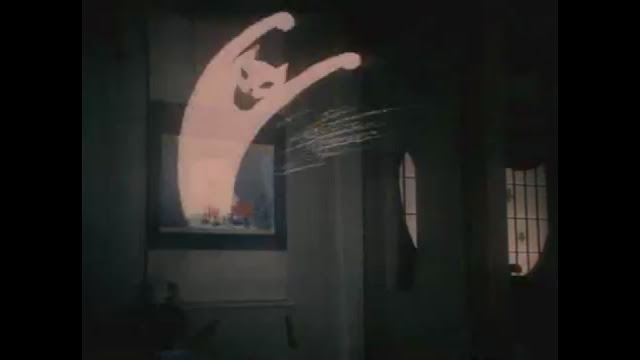 The music in Hausu is very special. The main tune is a very calming and blissful melody, and not only does it work on that level, with its nostalgic and almost melancholy notes, it also works in building a creepy atmosphere. The film doesn't need any scary or ominous tunes, with this genuinely innocent piece making the  off-putting in an unexplainable way. There is one problem I had though-It never stops! The song just keeps playing! The movie rarely plays anything else! The few other tracks we get are a couple of musical numbers courtesy of Japanese band Godiego, which are reminiscent of The Monkees. 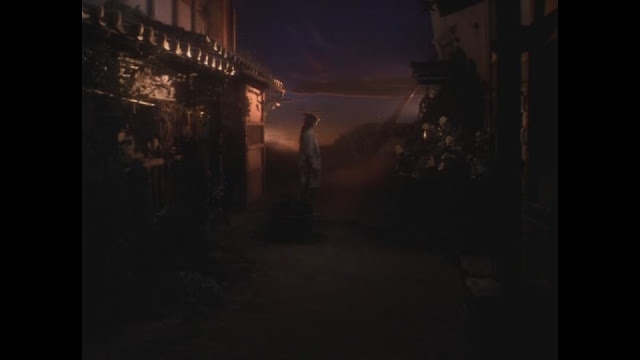 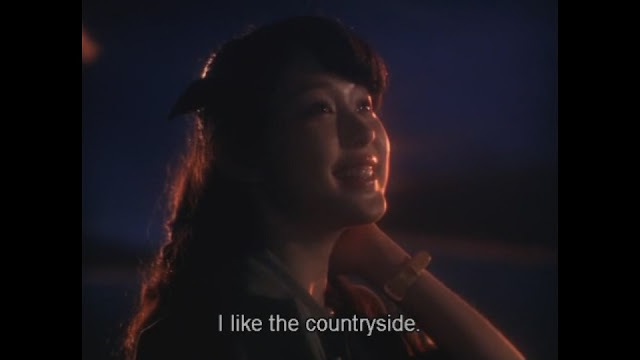 Hausu is a unique horror film, even by Japanese standards, and it's a must watch for fans of the genre. If you ever felt that Evil Dead was good but needed more cats, watermelons, and ursine baristas, this is the movie for you!...
Posted by Chris at 7:49 AM