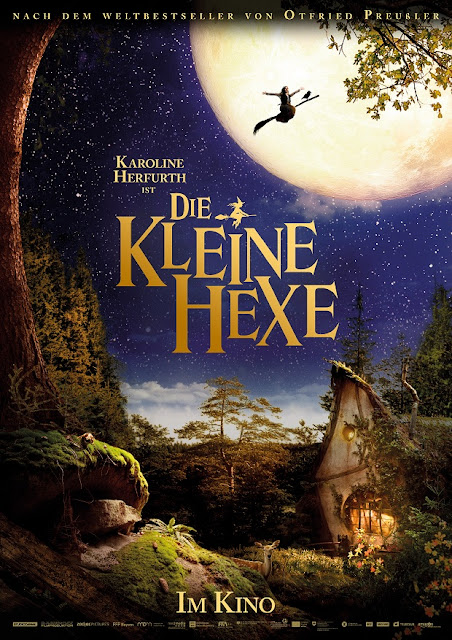 Being an Australian, I naturally watch most of my foreign movies with subtitles. Dubbing is fine for cheesy kung fu or monster movies (provided no other editing bullshit has gone on), and it also works in other cases, such as Italian cinema (which seemed to take great pains to effectively cater to all languages, working both in Italian and English). But as for your garden variety movie though? It is an affront to good taste and one of the most annoying, ridiculous, and American things around. With this in mind, imagine my surprise when I switch the TV on to catch German fantasy flick Der Kleine Hexe, and everyone started speaking English!... 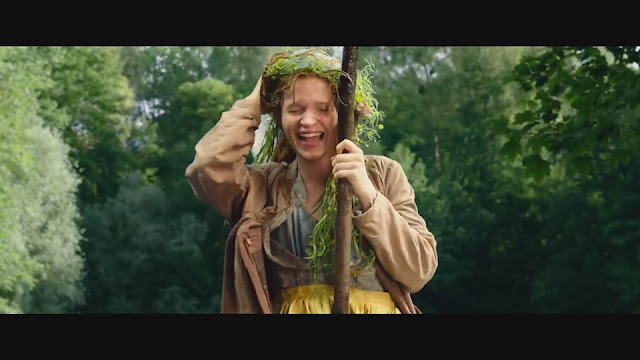 Living out in the forest beside Brocken mountain is a young witch of 127, along with her crow familiar Abraxas. Feeling upset at always being left out of the Walpurgis Night dance due to her youth and inexperience, she decides to sneak in. The other witches quickly catch her, and give her an ultimatum. Memorise the entire witches' spell book by next Walpurgis, or else lose her magic forever... 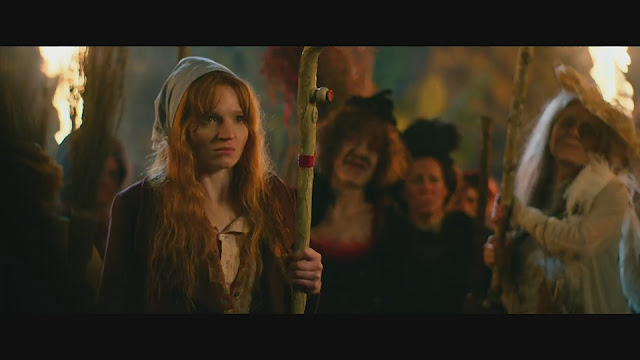 The Little Witch is a decently charming fantasy. I had high hopes going in, and they weren't exactly met, but by no means is the movie a failure. At the very least, it's an innocent and harmless film.
The story is effective enough, with good stakes, and a spectacular climax! The heroine is cute and plucky, without ever feeling obnoxious. You feel for her, and by the end she really shows the villains a thing or two, figuratively and literally! Abraxas is a cute noble bird, and fun companion to have around. 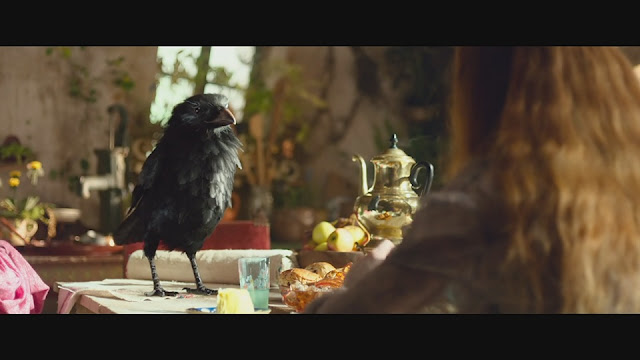 There are a few kids littering the movie, and they're nice enough. The main two are likeable, and even though there are a few gaps in their appearances, they always get enough to do, and never feel pointless. There's also a mean bully, who soon gets more development and becomes more sympathetic, even if I did still think he was an asshole. And lastly, appearing in only one scene is the absolute cutest girl! She is the best witch in the movie, by far. 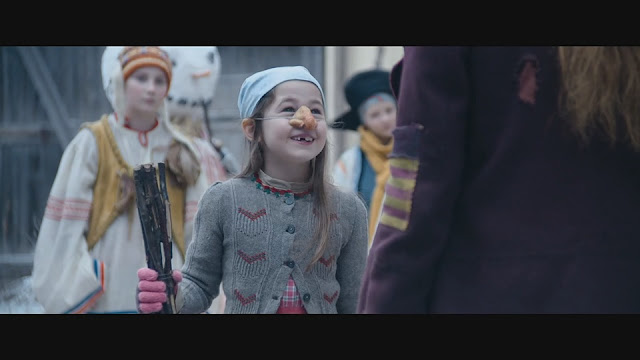 The villains are a bit mixed. On one hand they're suitably ooky, and look absolutely perfect as evil witches, but on the other hand, they are a bit gross! Old hags. I like the concept that for all their magical elitism, these evil witches have gotten so complacent that they don't actually remember any of their spells. They just rely on their books, which ends up being a major weakness. 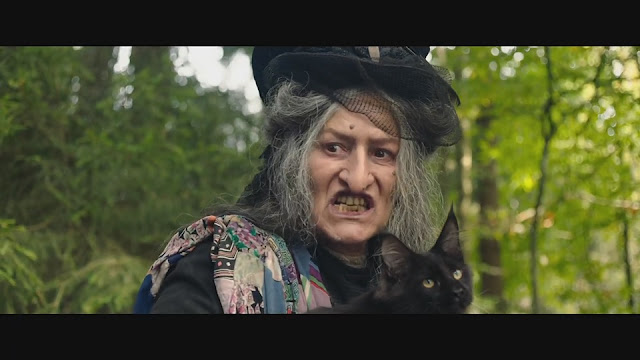 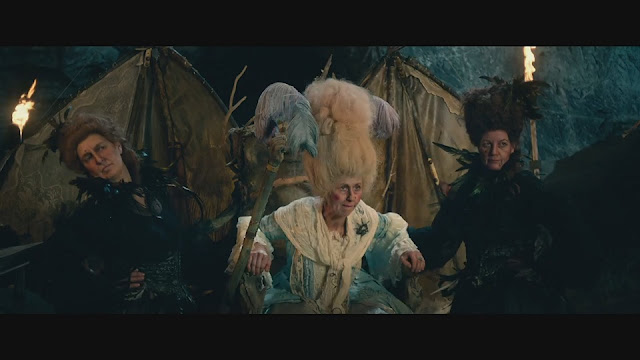 There were a few plot points I didn't like so much. The little witch turning bad for a while in the last act felt maudlin. I felt like throwing things at her for being so mean and stupid, especially after what she says to poor Abraxas! Thankfully she does come around in time, and I guess it does all help to serve a good message about not succumbing to peer pressure. 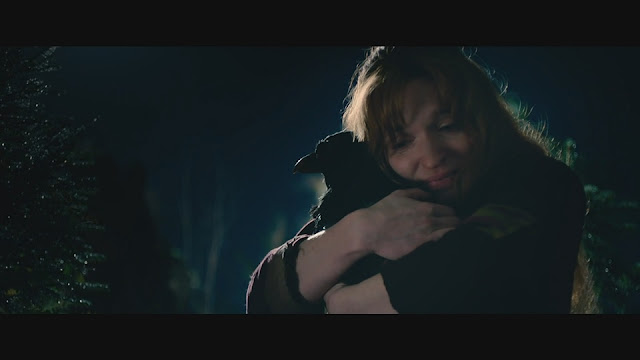 On one hand I do appreciate the  reformation and development of the bully. But on the other hand, sometimes bullies are just little shits! Not all of us had the best childhood either, but we don't go ruining other kids' fun for the hell of it, we deal with it like mature children! Again though, since this is spreading a positive message, and it's a decent story (if a bit rushed), I don't hold too much against it.
The last thing I found a bit...weird is the solution at the end to dealing with all the other witches' spell books. Ummmm, far be it from me to imply there was any kind of message here, but any German film concluding with book burning as a positive thing can be a bit...surprising! Thankfully it's clearly not meant in a bad way, and it all makes sense in context, though you do wonder how this ever got past the [censors]. 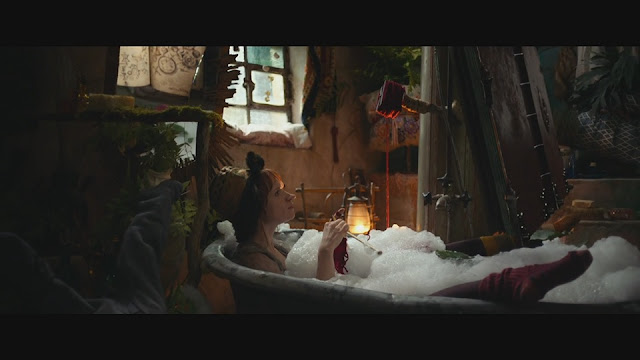 The Little Witch is a visual treat. It's filmed in elaborately messy sets, which look so cosy and homely despite their clutter. Much of the action is on location, in the beautiful German forests and antique villages, and it really nails the magical look. The movie is very well directed too, and I liked the  distorted shots such as through a window, or in a reflection. That kind of creativity is always appreciated. 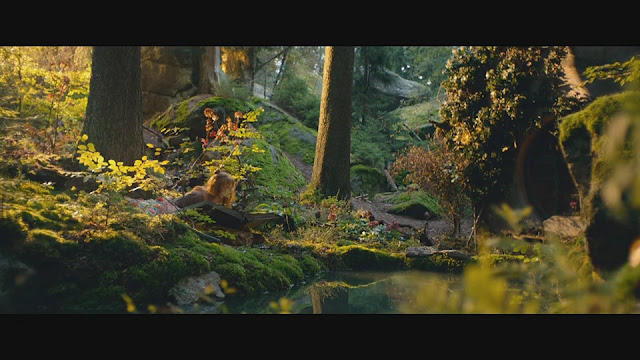 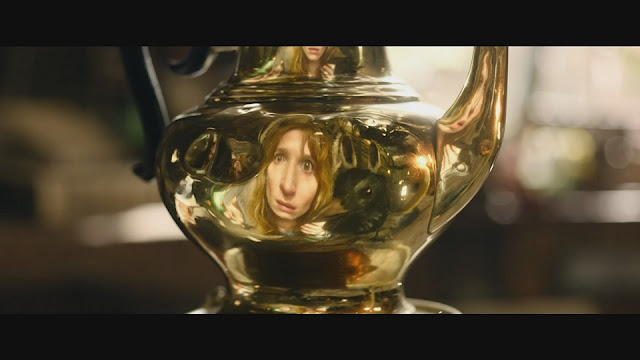 The effects are a nice mix of CGI and practical. There's never anything egregiously bad, even if a moment here and there can look a bit fake. There's a laudable level of effort here, such as having a practical stand-in for Abraxas in shots where being computer generated wouldn't work. 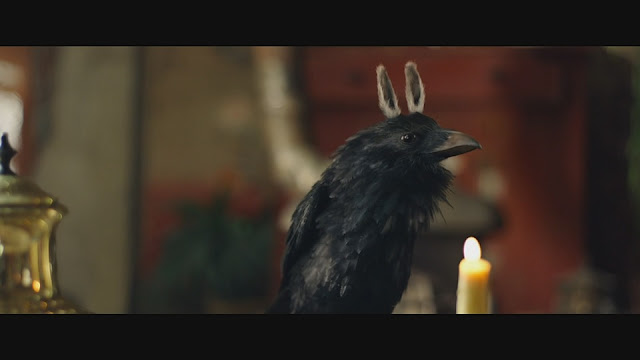 The actors in The Little Witch all do nice enough jobs. Karoline Herfurth is a sweet and cute lead, and she does fine under the witch nose make-up. I was confused at first why a 34 year old is a 'little' witch, but I got used to it pretty quickly, and she fits well. Luis Vorbach and Momo Beier are good as the two kids, and Axel Prahl gets an entirely audio role as Abraxas the crow. The actresses playing the plethora of evil witches are all suitable bedraggled and evil, painting perfect pictures of witches. 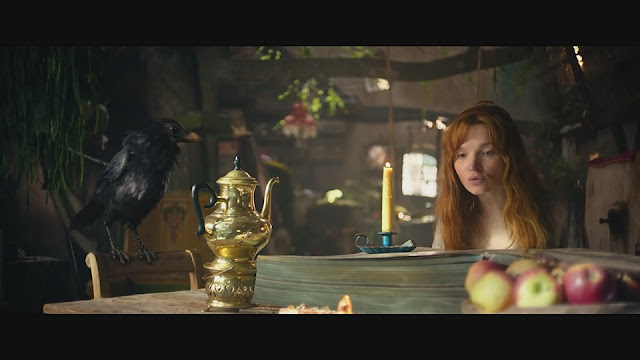 As mentioned before, the dubbing here is truly awful. The actors often sound ill-fitting, but to their credit they are at least trying, and it wasn't their performances I begrudged, it was their presence altogether. There's never a moment where the new audio is even attempted to sync up with the actors' lips.
As for why it sounds so bad with a modern film like this, I have a theory. There's something about older films and how they sounded, which made dubbing a more natural process. It still sounded goofy, but in a better way. In movies nowadays though another audio track is jarringly separate. Perhaps that's because many movies back then were filmed in silence, with the audio picked up on a separate device, meaning both the English and foreign tracks would both have the same sound to them. But since all cameras shoot with sound now, the foreign track must sound that much more distant.
To swing back to something positive before I wrap things up, the music is nice enough. Your typical fantasy tunes, witches chanting, jaunty pieces, and dramatic, etc. 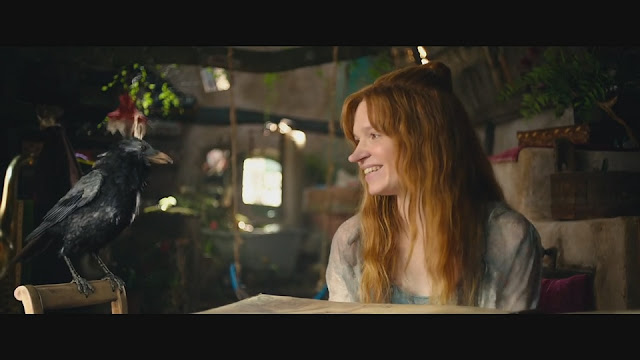 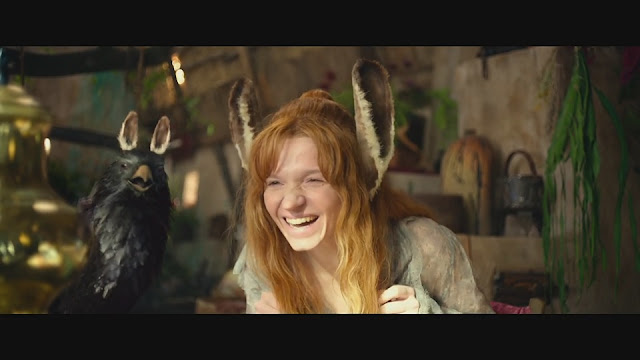 Overall, The Little Witch has a few flaws to it here and there, but it's a nice enough picture, provided you not under any circumstances watch in English. Track down the original German version with subs and you're sure to enjoy yourself...
Posted by Chris at 7:25 AM