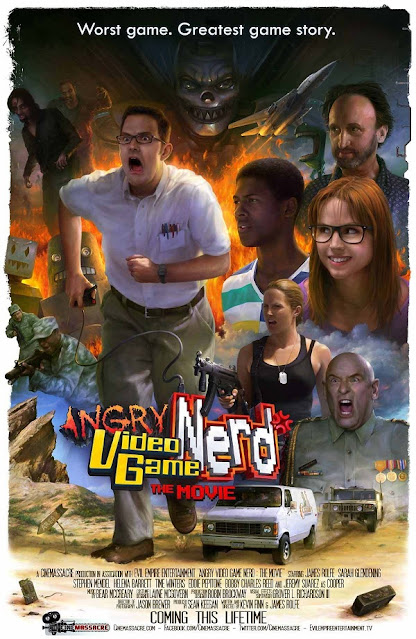 Over the years the internet has seen a few media reviewers, often with the same archetype, and the original one who kickstarted it all is The Angry Video Game Nerd. One of Youtube's first content creators, he paved the way for everyone to come, with his highly exaggerated angry nerd act delivering a great framework for reviews. They are frequently raunchy and gross-out, so are not everyone's cup of tea (they're barely even mine at times!), but it's telling how good the overall quality of a product is when you can look past the aspects you find unsavoury rather than avoid the whole thing. 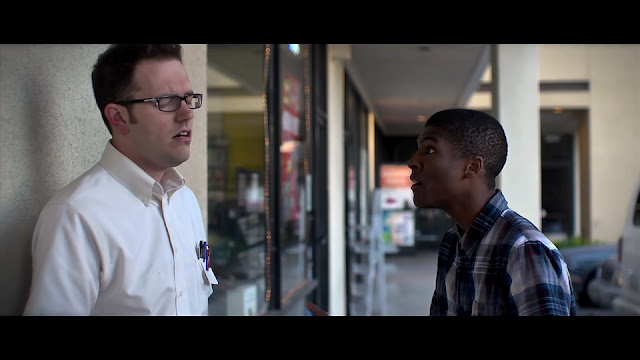 From episode to episode he delivers enjoyable reviews, that clearly come from a legitimate fan perspective, from someone who knows their stuff, and is keen to educate everyone else. The only real bad spot was his Castlevania 64 review, which was jarring in how inaccurate and bullshit it was, causing harm to a otherwise stellar game's reputation with everyone and their mother suddenly coming out of the woodwork to say it sucks after watching his video. As it's one of my all-time favourite games, I'm just a little angry over that.
After almost a decade of working on the AVGN, Rolfe wanted to take the character further, into the world of cinema. An avid film enthusiast, he spent the next few years trying to get the project off the ground, and after what seemed like a torturously long production/post-production process, the finished product was finally released in 2014 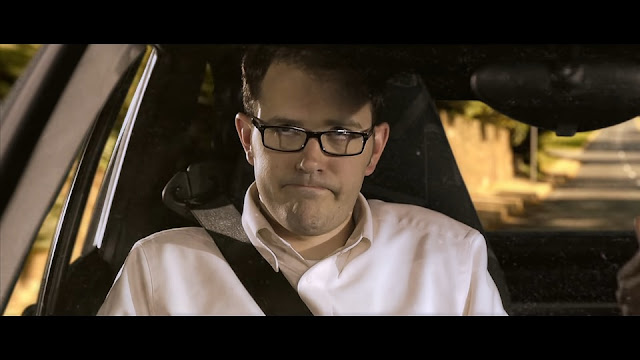 Over his many years of game reviewing, the Angry Video Game Nerd has avoided one infamous title-E.T. for the Atari 2600, regarded as the worst game of all time, and the title that single-handedly crashed the game industry, leading to thousands of cartridges being buried in the middle of nowhere. Now the legend has resurfaced after a game company wants to make an intentionally bad sequel, and the Nerd must go to the dump site to prove there's nothing there. But in the process, he uncovers a conspiracy that will threaten the entire planet...
The AVGN Movie is a surprisingly fun time! I'd heard mixed things from it, even from fans of the series, so I was a little hesitant going in, but also hopeful. Thankfully I was met with an entertaining movie. Definitely not for everyone, and it'd probably come off worse if you know nothing about the source material, but it's definitely alright. 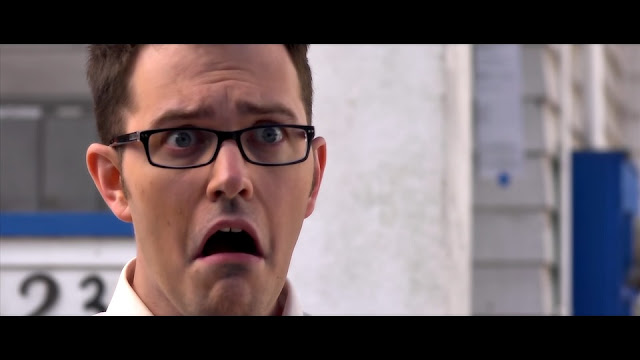 The film has attracted a few criticisms over the years, such as being too confusing, self indulgent, and overlong. I do think that at 2 hours it could've easily been trimmed, and there are a few superfluous scenes, like the random zombie apocalypse dream (which only seems to exist to tick a box on the director's moviemaking bucket list). As for the plot though, I felt it was fairly easy to understand. While the details may get weird and numerous, there's always just the one goal, so I never felt too lost. 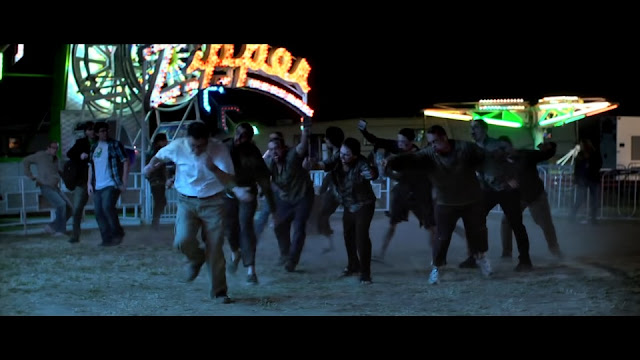 The plot has a few different sections. First is the introduction, then it becomes a road movie, there's some government intrigue, and then it becomes a monster movie in the last act. These fit well, and I never lots interest. The movie makes attempts at profundity that aren't entirely successful, but work well in other scenes, such as the ending. The film ends in a neat and fitting way, by having a review of E.T.
Whether or not a movie could even be made from a review show is a good question, and this may either prove or disprove anyone's argument. As for me, I think it works here and here alone. They're two vastly different mediums, and the stars really do have to be right for it to be even possible, and chances are it'll be cringy z-grade rubbish. 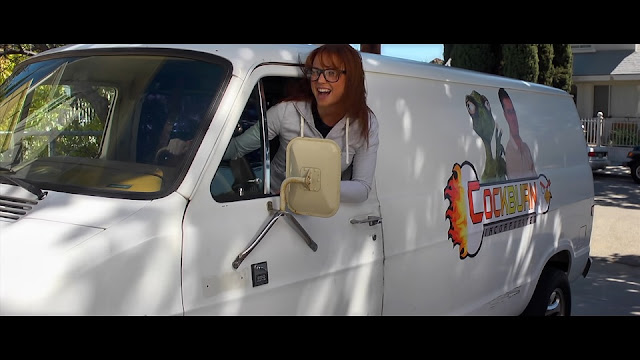 The characters are pretty good. The Nerd is introduced well for new audiences, and despite being home to such a different format, he adapts reasonably well to the big screen. The remaining protagonists at first seemed very out of place, since the web-series has its own recurring cast, and neither of these two have ever been seen or heard of before this, yet we're expected to buy that this random dude has always been the Nerd's sidekick. That was how I felt going in, but thankfully they both fit quite well, after only a few minute's weirdness.
The villains are a pretty amusing bunch, namely the evil general, who progressively loses body parts as he tries to destroy what he believes to be a vast conspiracy. There's also a weirdly named giant monster, whose whole existence comes totally out of left field, and has a crazy design, but ultimately fits pretty well.
The comedy comes in various shapes and forms, and it usually hits the mark and earns a few laughs. Other times not so much, but the film is never unfunny or annoying. There is some gross out humour, but it's thankfully not that prevalent, mainly isolated to one scene. 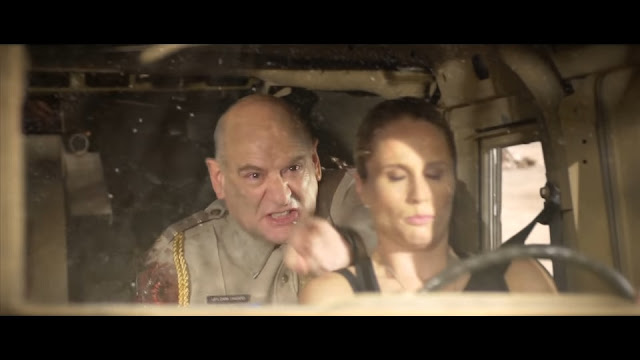 The actors all do decent jobs. James Rolfe can do this role in his sleep, and is the most distinctive member of the cast. I also really enjoyed Stephen Mendel's performance, who played the role of 'angry general' a little differently to what I normally expect. Jeremy Suarez and Sarah Glendening are fine, and work decently well with the material despite being newcomers who'll never be seen again here. Time Winters (is that really his name? Not Tim?) is one of the better actors, and I liked his role. Helena Barrett does a neat job, and Robbie Rist is fun in his short but important role in the last act. There are a few cameos too, some of which are cool, some are nice, and some are annoying. 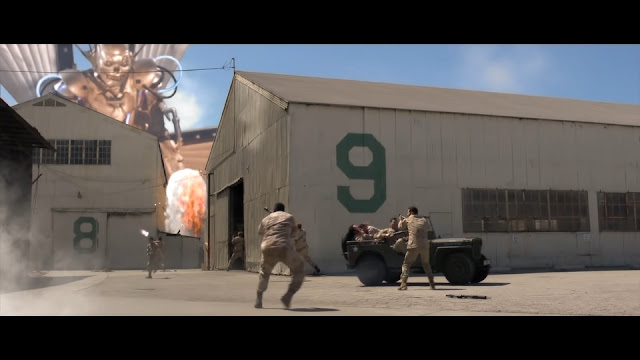 The effects work is mixed, but overall ok. The majority is practical, often intentionally fake. The alien is definitely the most unconvincing, but also perhaps took the most detail to craft, so you can more easily respect that 'bad' effect. Other ones though felt a bit lazy, like the cardboard robots with visible actors. The giant monster mayhem is handled pretty well, and there's some decent interaction and model cityscape. The computer generated effects and locations mesh as poorly as you'd expect, but are not uniformly terrible.
The soundtrack is a high point! The main theme never gets a proper playthrough, but it makes a fantastic leitmotif through all its different rescorings, from sweeping, to dramatic, and action-packed, etc. 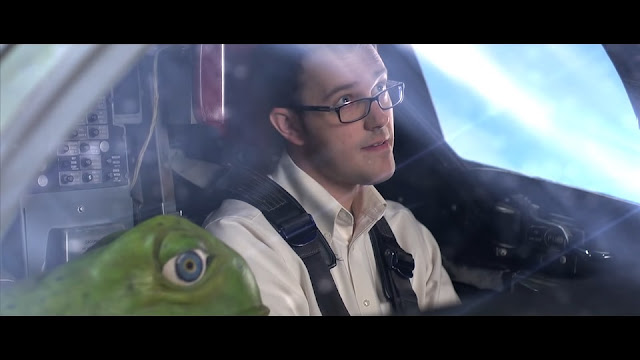 The AVGN Movie feels like a pinnacle of the series, and who knows, it may have been better if this was the finale. It has a fun spirit, and while it might not be everyone's cup of tea, I enjoyed myself at least, which is more than I expected. So I'd say check it out if you're into old video games, or a fan of the Nerd...
Posted by Chris at 8:32 AM