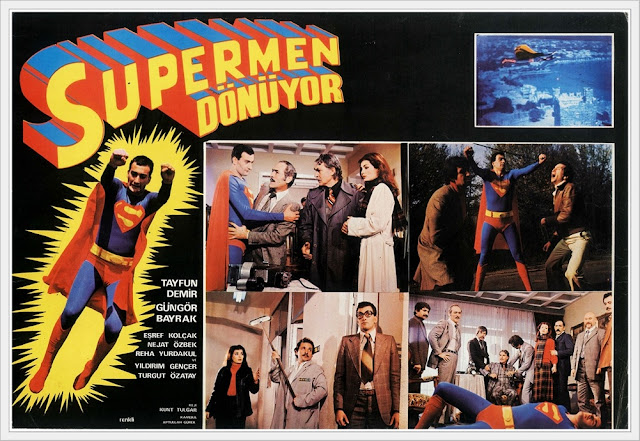 Turkish cinema back during the Yeşilçam period never failed to be interesting, that's for sure! Between Captain America and El Santo fighting the nefarious Spider Man, the various iterations of Rambo (one of whom was named after kebabs, and another who fought the undead), or the infamous legend that is Turkish Star Wars, there's lot to enjoy!... 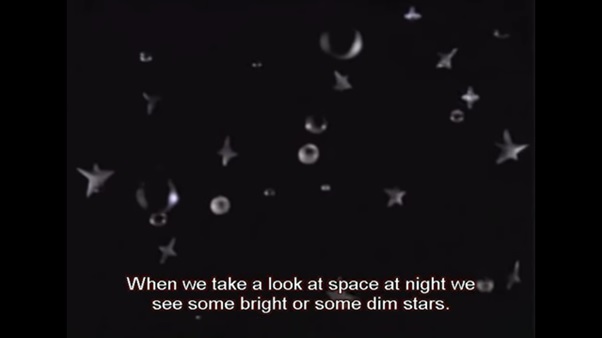 Before he leaves home to make his way in the world, young would-be journalist Tayfun is told by his parents that he's not really their son. He was found in a rocket that crashed in their backyard, with a mysterious green crystal. Tayfun follows it to an isolated mountain range, where he sees a vision of his birth father, who tells the young man that he's the last remaining son of the planet Krypton, and will become the new Superman. Some time later, the father of Tayfun's fellow reporter Aliz has discovered a powerful crystal from the lost planet of Krypton, which he thinks can solve the energy crisis once and for all. A sinister villain plans to steal it for altogether more dastardly reasons, however, and only Superman can stop him!... 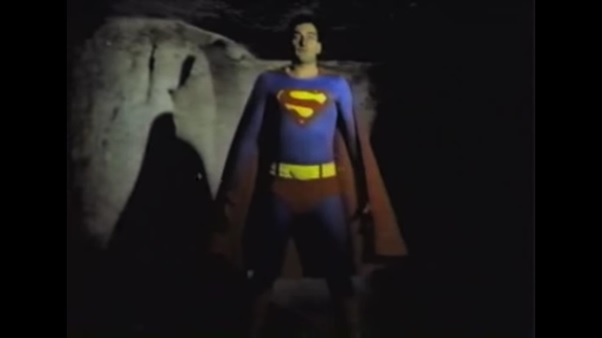 Superman Returns, as it translates to, is a pretty fun entry in the mythos. With a brisk 65 minute running time, this is certainly a briefer watch than the other Superman movies! Rather than focus on the man of steel battling Lex Luthor, Brainiac, General Zod, or The Puzzler, he's instead up against normal human thugs. This makes the movie serial inspiration apparent, as those were chock full of constant kidnappings, and random gangsters as the villains, what with serials being far too low-budget to show the comic-book villains faithfully.

While it ignores the comics on the villain front, the rest of the movie is pretty faithful to the comics, particularly the early ones, with only a few little little localizing touches, like Clark, Lois, and possibly Jimmy Olsen becoming Tayfun, Aliz, and Naci. 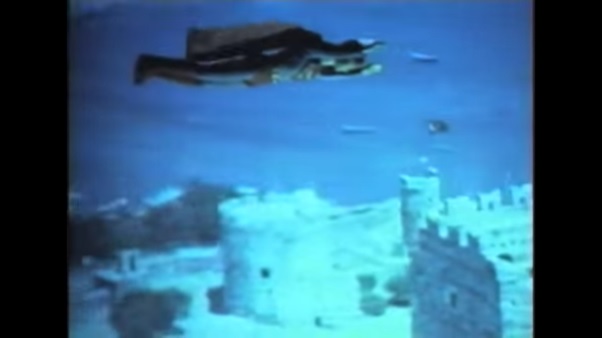 The biggest problem with Turkish Superman lies with the plot, or lack thereof. It's pretty much just 'Lois is kidnapped, Superman rescues her, her father is kidnapped, Supes rescues him, Lois is kidnapped again', etc. There's not really much plot, and just characters going back and forth, and Superman punching a lot of criminals. He doesn't do a very good job though! He almost always comes out on top, but never apprehends the gangsters, so he ends up fighting the same few guys time and time again, which kinda makes Superman seem like an ineffectual hero when he can't permanently deal with a bare handful of random thugs! And then there are the occasions where he does too good a job, inadvertently killing them, and not seeming to care all that much.

The ending is also a little disappointing. The villain is about to be apprehended, but turns his kryptonite ray on our hero. How does Superman escape this situation? How does he use his wits to save himself and destroy the machine?...He doesn't. He's just bailed out by the police after the villain's flown the coop. Granted, the Richard Donner Superman has this exact same issue, though it wasn't the ending. Here though, Superman's penultimate battle is solved for him without needing to lift a finger, and all he does after that is immediately catch up to the bad guy and take him to the police. Now to the ending itself. It's really depressing! Superman randomly decides 'Hey everyone, I'm leaving forever.'. Huh? He says he's going to search for his home planet, but that was destroyed, and that's common knowledge even on Earth! Maybe he just has serious commitment issues with Lois! 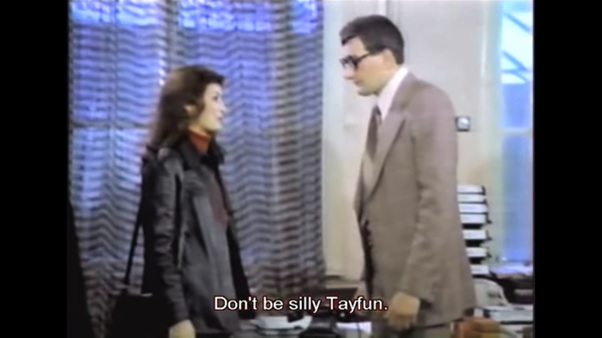 Onto the most noteworthy part of this film-The effects! They are terrible, hilariously unconvincing! Shots of Superman flying are obviously a doll in front of a projector, and the galaxy we see is just Christmas ornaments hanging in front of a black sheet! I do respect the filmmakers for managing to make the movie with as little budget and effects as they had, and the end result is somewhat endearing. Other effects are actually quite good, and convincing, such as the gun-bending, and train stopping, as does whenever people shoot Superman (we don't see any bullets, but at least the guns are actually firing while pointed at the actor), and I'm curious how they were accomplished! Also, when Superman was lifting the car at the end? In Hollywood, I'm sure they'd really have some machine under the car lifting it. In 1970's Turkey though, they probably just had the actor lift the car himself! Finally, Supes' costume is very well-made! 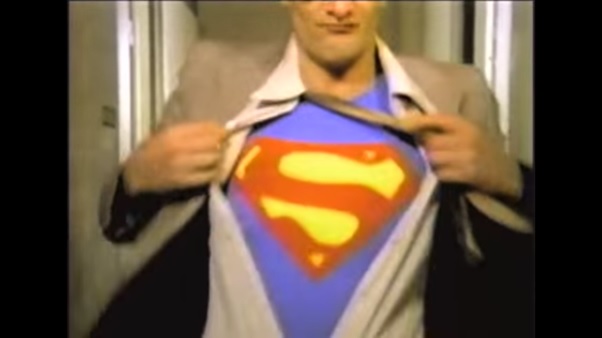 The soundtrack to Turkish Superman is...interesting! Firstly, it pilfers the famous John Williams Superman theme, which it uses a lot! It's almost bordering on too much! There's some other neat music that may or may not be original to the movie, including the song over the credits, which is the theme to Midnight Express and then there's lifted music from James Bond! Who knew the 007 theme would fit so well with the Man of Steel!...But I kid, it totally doesn't.

Finally, the acting here seems ok. Kinda hampered by the too-simple plot, but not terrible, as far as I can tell, anyway, what with them being foreign actors in a language I can't understand. 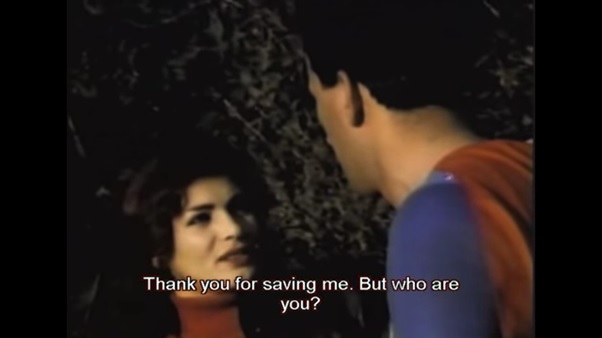 Superman Dönüyor isn't all that great of a movie, but it's also a highly fascinating example of what Turkish cinema was like when compared to Western movies, as well as their takes on famous characters...
Posted by Chris Hewson at 9:41 AM