Regarding my Doris Day four movie pack, after watching the fantastic Pillow Talk, then sub-par Lover Come Back (that title still makes no damn sense!), I made the joke of 'What if the following two films are worse?'. Sure enough, Send Me No Flowers was a bit of a mediocre sit for the most part, despite some good moments. Then, because I'm a fool, I once again jokingly suggested the idea of 'What if the last movie is the worst on the whole pack?'. Well, the universe couldn't help but prove me horribly right!...

Mother, and housewife to an obstetrician, Beverley Boyer is offered the job to be in company Happy Soap's new line of commercials, because of her honest and down-to-earth nature, which the company's head sees as a fresh change. Her husband Gerald is disapproving though, and frustrated that Beverley's working... 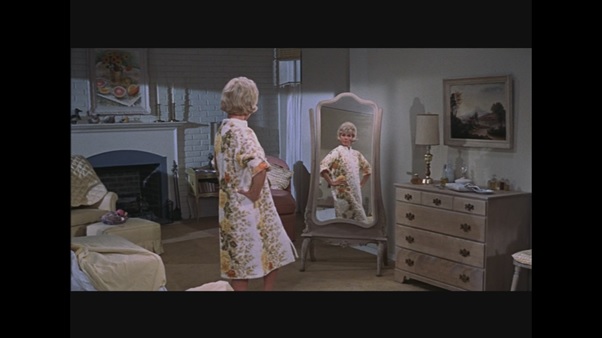 This movie hates women! The Thrill of it All starts of decently enough, with seemingly likeable characters, amusing moments, and a decent story, but all this serves to make the film hurt even more, as it lulls you into a false sense of security! Possibly the biggest problem with The Thrill of it All is how for the duration of its running time, you're not sure if the movie's a battle of the sexes type movie which is challenging outdated gender stereotypes, or if it's a misogynist pile of trash desperately trying to reaffirm said stereotypes, and is firmly on the horrid man's side. I'm gonna save you almost two hours and tell you right now that it's the latter!

Briefly putting that aside, the plot isn't all that great, and that's because of how tied it is to the movie's toxic attitude towards women. I guess I can't put it aside then, no matter how quickly! 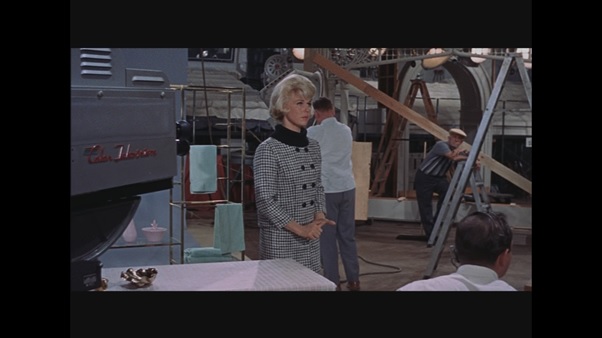 When Beverley first accepts the advertisement job, Gerald disapproves, but regards it as merely a cute novelty at first. Then, once he sees that she's making money herself ($80 thousand dollars 1963 money, by the way!), and has a career of her own, he's infuriated. You can really easily picture him thinking 'I had the decency to tolerate her little games at first, but how dare she make her own money, and act independent from me, her lord and master!'. God I fucking hate misogynists.

Further, Gerald is furious, with one of his 'justifications' being that by having this new job, Beverley will be leaving the kids alone too long. Ok, nevermind that they have a nanny/housekeeper, and disregard that as a doctor, Gerald is literally away from the kids all day every day (and frequently all night): Beverley is only going to the recording studio once a friggin' week! Yet the movie acts though she's gone every waking hour, even though she has 6 free days, and Gerald is the one who's frequently called away on medical cases/takes longer than expected, though that doesn't stop him from harassing his wife for doing the same. What a petty motherfucker! 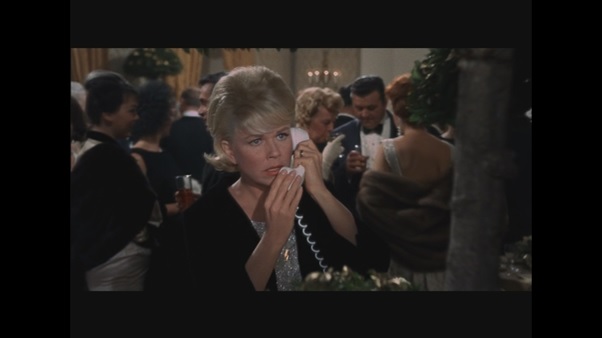 Then, he goes beyond that, shockingly enough. How could things get worse, you say? Well, a little later, Gerald decides to 'forgive and forget' by taking Beverley out to a ritzy restaurant. Then, when people start recognizing her, and want autographs, he's visibly annoyed, but tells Beverley that he's 'not that sensitive'...until it happens only a third time, and Gerald instantly snaps, yelling that he is that sensitive, and forcibly drags his wife out of the establishment before they can even have their meal. What a guy! *cough*cunt*cough*...

Following that, Gerald continues hating the fact this his wife receives gifts, and compliments, and is loved by all. He becomes bitterly jealous, to the point where when her bosses at Happy Soap allows the installation of a free swimming pool, he sabotages it by destroying hundreds of dollars worth of merchandise, dumping it all into the pool, and leaving it to overflow the house, and the road. And in-case you were wondering, no, Gerald is never held accountable for his attitude and actions throughout the movie, even for the swimming pool bubble fiasco! From the writing, one gets the feeling that it would be Beverley who'd apologise for it, and demands the pool's removal, ashamed at how 'she's treated her poor husband these past weeks'. Given that latter part is actually somewhat true, it really wouldn't surprise me! Ugggghhhhhhhhhhhhhhhhhhhhhhhhhhhhhhhh...

Onto other problems besides misogyny, this movie is overlong, but also lacking in some areas, like the forgotten plotline of Gerald tricking his wife into thinking he's having an affair out of spite. It also wraps up way too quickly, with an incredibly abrupt ending, that doesn't really do anything but have the couple reconcile. And by reconcile, all I mean is Beverley says what a wonderful man he is, how she'll continue being his dutiful wife, and kisses him, cutting to credits, with the implication that she'll be abandoning her new career, too. 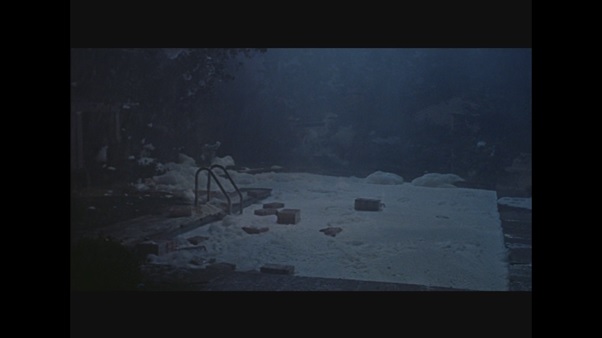 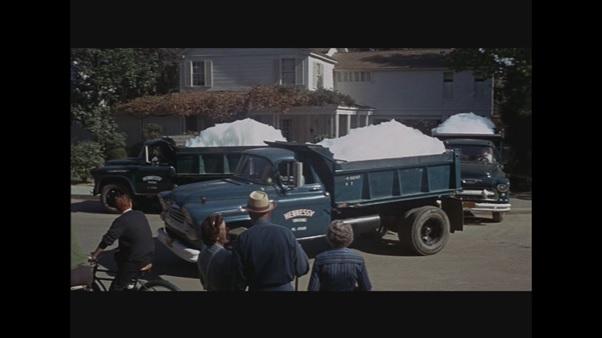 The humour in Thrill of it all is sometimes grossly horrid, but other times amusing. One moment that's unintentionally funny is when Gerald comes home late and notices Beverley isn't in the house, so he goes into the nanny/maid's room, waking her up to ask her where his wife is. As soon as the nanny realizes she's alone in the house with Gerald, she immediately grabs the baseball bat besides her bed, deathly afraid and convinced that he's going to rape her, so she forcibly chases him out of her room, with a few whacks for good measure. Oh, how gratifying it is to see this awful character be treated for what he is! And her threat to retire wasn't a joke, either! She says in a huff that she's quitting, and after leaving, we literally never see her again!

One random scene to note is the most potentially uncomfortable child bathing scene this side of The Coca-Cola Kid. Whether or not one finds it icky really depends on the person. Some would say that nudity is natural, and there's nothing wrong with seeing a kid like that, while others would argue that be that as it may, we really don't need to see prepubescent children nude on film, and neither side are wrong. I'm more leaning towards the latter. 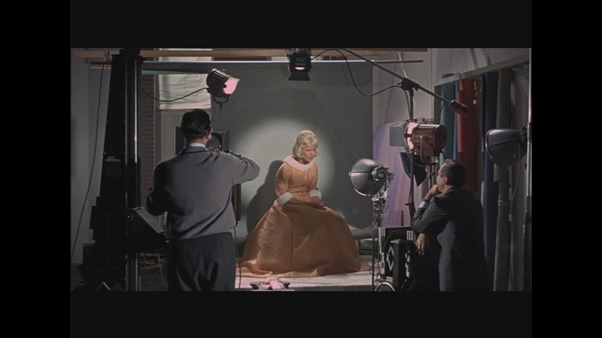 The acting  is all decent enough, but the unlikeability of a lot of the characters hampers the performances, as you don't enjoy watching them. The score is ok, with a decent main theme, sung by the Johnny Mann Singers.

One last thing to note about this icky piece of garbage is that it doesn't understand what a reservation is. Just what I'd expect from a film of this calibre.

The Thrill of it All is an awful, no-good film, and absolutely not worth your time, even for the lovely Doris Day!...
Posted by Chris Hewson at 5:38 AM