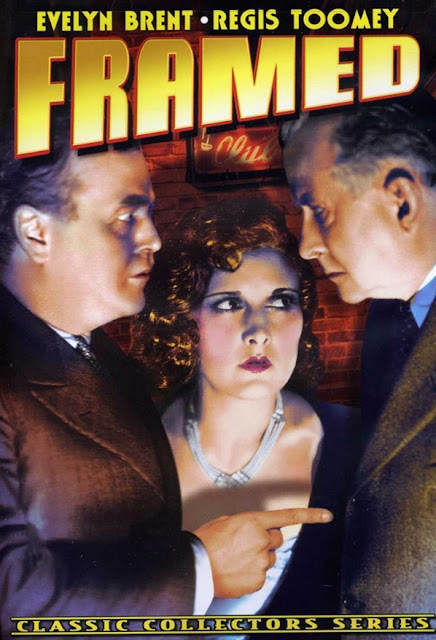 We start off the 12 Days of Regis Toomey with one of his earliest films-Framed...

The criminal father of Rose Manning, a young woman in with the wrong crowd, is killed in a police shootout, and she swears vengeance against the chief police officer Butch McArthur. Five years later, she's still working for mob boss Chuck Gaines, as a performer at his nightclub. A frequent admirer is a young man named Jimmy, who Rose takes an equal liking to. Getting in the way, however, is when she finds out Jimmy is Butch McArthur's son, and she becomes conflicted about whether or not to take out her revenge, or give it up for happiness with Jimmy, all the while Chuck seeks to make things more difficult in order to steal Rose as his own... 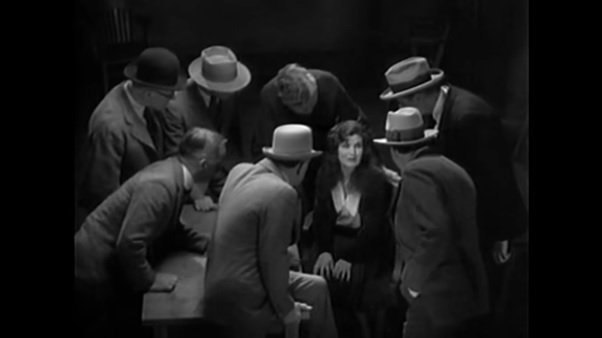 Having been released in 1930, Framed is a Pre-Code film, and that means it actually treats women like real human beings, with depth and nuance, unlike post-Hays Code movies, which decreed such an act as much too 'sinful', and pushed them down. What if they suddenly want...*gasp* the right to vote next?

The story here is quite interesting! The concept of falling in love with the offspring of your worst enemy is a really cool one, and it's not handled poorly here at all. The romance was handled decently, if a little hurried at times due to the short length, and the relationship never takes a turn for the depressing, and nor does the movie, which I appreciated. 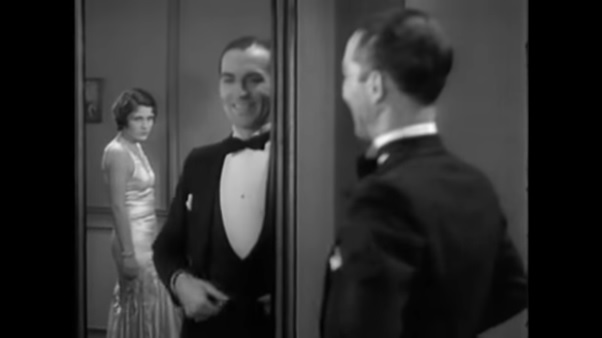 Onto a negative, the final confrontation is entirely offscreen! This is Cat-Women of the Moon territory here! At least the ending is pretty neat, in how it goes full circle, mirroring the beginning. I feel the movie should've been a few minutes longer. At 64 minutes, there's quite a bit that could've been fleshed out, but for the most part, the movie would've been ok as is, except for the ending, which feels a little rushed.

Another problem for me is that Rose's actions in the climax kinda bugged me. Given the way she acts after...stuff happens, and the police come over to arrest the last villain standing, it makes her look pretty sketchy to the cops, despite her actually being innocent, as opposed to if she had instantly shown the police what was 'in the other room'.

The movie's dialogue is quite repetitive when it comes to certain phrases, like how characters say the word 'framed' a LOT!  or with people saying they're stuck on each-other. Did the writers not have a thesaurus?! 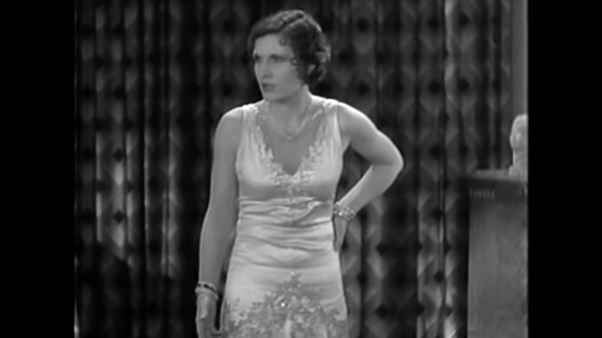 While he's an ok villain, Chuck is a bit of an idiot. In the opening at the police station, he's saying to a buddy how Rose won't squeal, "She's a regular", all the while he's in the presence of an officer! I think he heard you, dudes! There's another unintentionally funny moment when Chuck plans to have an old associate killed, and call him over for a seemingly benevolent] meeting, but ends the phone conversation by saying "So long, Johnny...old pal!', in a menacing tone. With a subtle approach like that, I'm sure your old buddy won't notice what's up at all!

Speaking of dialogue, there's quite a strange line that Rose delivers early on, to her nightclub audience-"Our motto is make hay while the sun shines, and make whoopee with the moonshine.". Oh, vaudeville slang! Never change...

The acting here is quite good. Evelyn Brent is the best one here. It's her show, and she makes for a pretty good lead, carrying most of the movie herself. As for Regis Toomey... 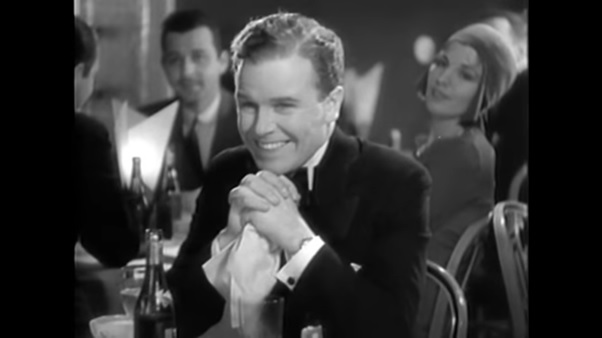 Omigosh, he is SO CUTE!

Toomey is definitely against type in this movie, playing a lovestruck young man, rather than a gruff cop, or hardened criminal, as he'd later get accustomed to playing. As for his performance, it's ok, but not all that great. His 'wholesome' demeanour comes across as a bit unnatural. Not sure if it's because he was still a relatively inexperienced actor at this point, or if that was the fault of the direction and/or writing. By the way, he was 31 years old, but he looks and sounds like he's barely 20!

The direction is pretty neat here and there, with some well-arranged shots! Definitely less point-and-shoot than other movies from the 30's. 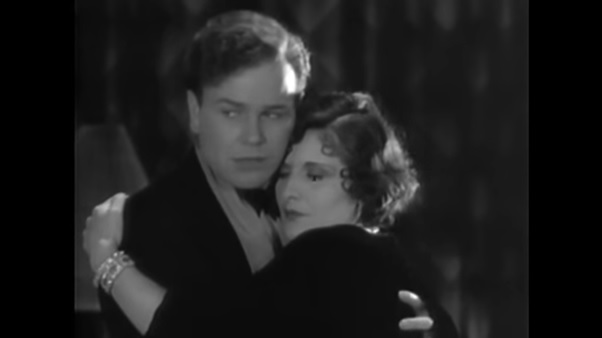 Framed is an ok crime flick, and despite some problems, it comes recommended from me...
Posted by Chris Hewson at 10:11 AM