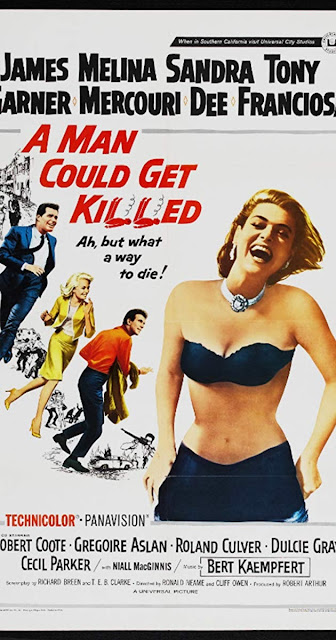 Mild-mannered banker William Beddoes has only just gotten off the plane when he's met by a government official, who mistakes him for a newly arriving secret agent. Before a minute has passed, a car has already blown up, and Beddoes is in fear for his life. He's told to investigate the death of his predecessor Frederico, and the whereabouts of a cache of smuggled diamonds. Along the way he's helped, whether he likes it or not, by seductive tigress Aurora, and smuggler Steve. With no idea of who to trust, every idea of who wants to kill him, and zero clue where the diamonds are, William is in for one heck of a time!... 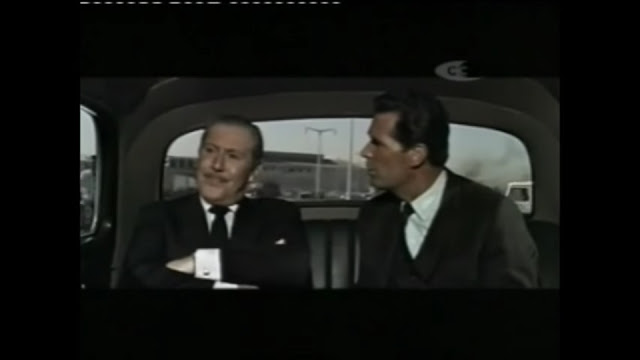 A Man Could Get Killed is a very funny spy comedy from the 60s, starring the great James Garner. It gets off to a very quick start, not beating around the bush at all. Very first shot, James Garner steps off the plane  I was worried at first what this would mean for the film's story. Would it be super rushed? Super slow? Thankfully neither. This is great fun, and progresses from scene to scene perfectly. 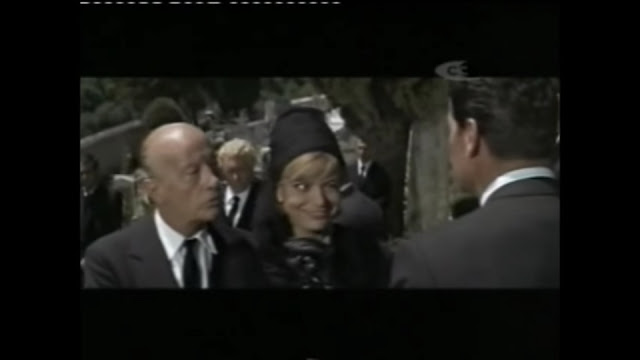 The story is =, with the comedy coming from the crazy situations these characters keep ending up in, and the constant clashing of all these different spies. Confidentiality (or lack thereof) is an amusing theme in the movie. Everyone seems to know everything, and no-one is that bothered by all the threats on their lives. Except for Beddoes of course, who's constantly trying to convince others he's just a banker, with them all winking as the say what a great cover he has.

Something I like about  is that we always know what's going on. Obviously some things remain a mystery for a while, but the general plot is clear as day. I get so annoyed at times by spy stories that don't feel the need to bring the audience in on what's actually happening until the last 5 minutes. 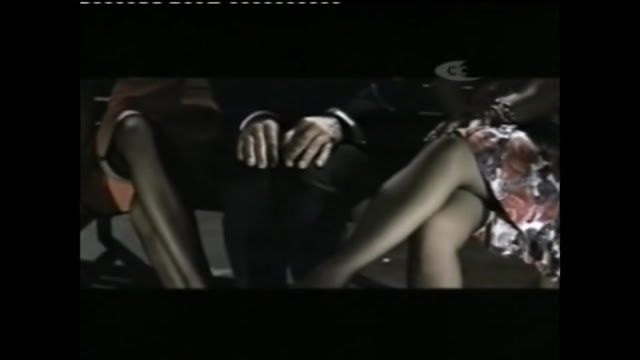 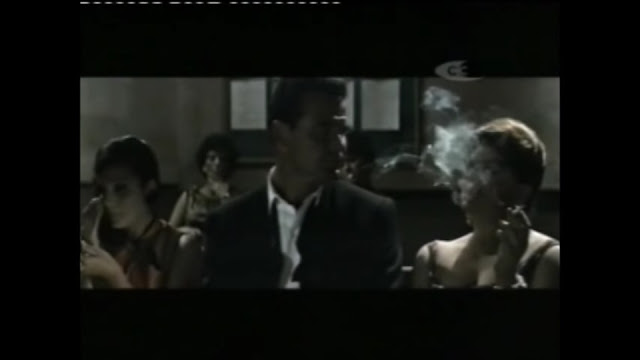 The characters are a high point for the film. William Beddoes is a likeable enough dude, acting as any of us would do if thrust in a situation like this. He squawks and complains, and tries getting out of it, but never annoyingly so, and he does at least try to complete his mission. He's accepting he's probably gonna make a hash of it, but it's nice that he doesn't waste our time by refusing to lift a finger until the last 5 minutes, or never shutting up.

Aurora Celeste de Costa is a hilarious counterpoint to the straightlaced William. Very loose and carefree, she makes it quite clear that she wants her Sweet William badly, and is often surprised by how repressed Americans are. It's very amusing watching her purr her way through scenes, and seeing how she interacts with the rest of the cast, and the hands-on way she treats danger. 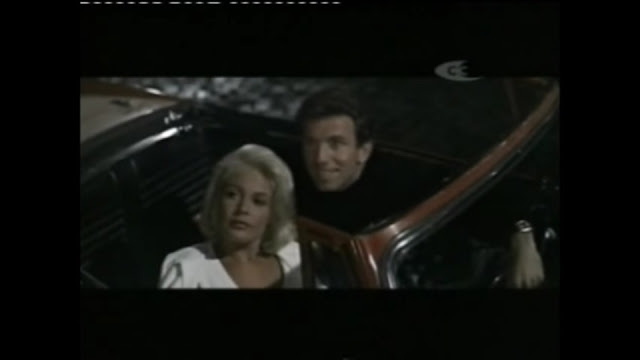 Smuggler Steve (or Antonio = = = deSilva as he goes by) is also a nice counterpoint to the lead. Along with his [reluctant] accomplice Amy, the pair contrast well with the other couple, and their own interactions are fun, and suitably different to the others. Their inclusion feels important too. They're never superfluous, and them actually knowing what's going on more than William make it helpful for the audience following them. 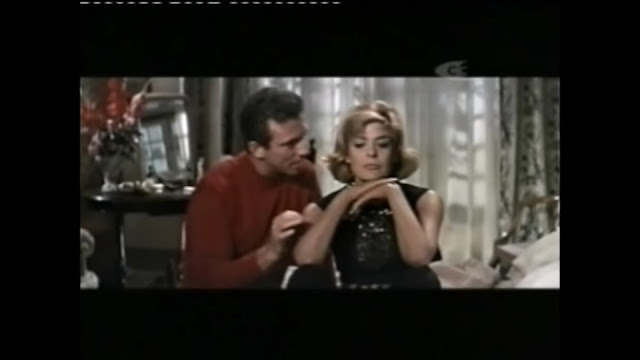 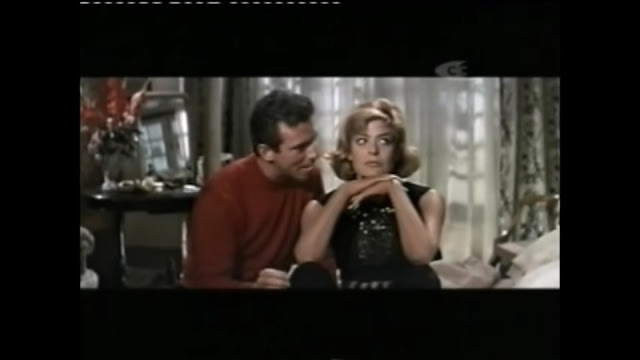 The acting in A Man Could Get Killed is great. James Garner is a good lead, straddling a good balance between being a regular dude, but not being a boring one. Melina Mercouri is a laugh riot as the sultry and seductive Aurora, while Anthony Franciosa and Sandra Dee are fun as the two Americans. Robert Coot is hilariously calm as government man Hatton-Jones, and everyone else does well too, from the villains to the supporting players, with even minor ones getting humorous moments. 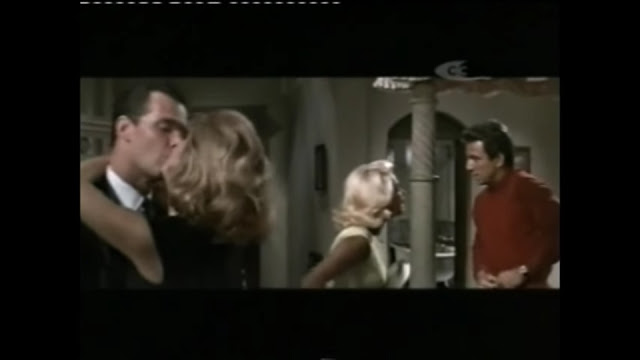 The Portuguese setting really adds a unique flavour to the movie. Not enough films go to Portugal, I feel! Italy, certainly, Spain, of course, and even Malta, deservedly, but poor Portugal is always left out, despite being just as romantic (figuratively and literally) as all those other places. The movie gets extra points for authenticity too, since it's all shot on location.

The direction here looks nice. Fight scenes look good, as do car chases, and all sorts of other encounters. The score is great too, with local Mediterranean chords. It feels like being on a Greek island! 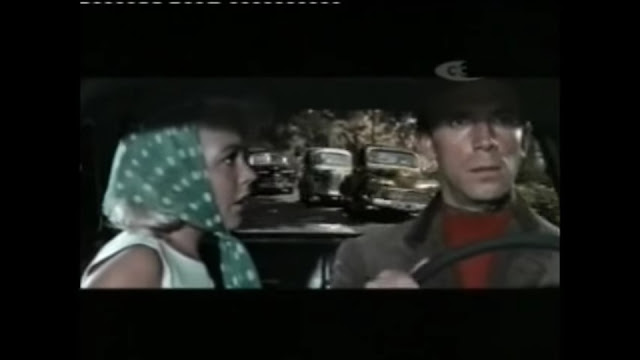 Overall, I really like the tone to this movie. It's not a parody, but a sincere spy comedy. Parodies are all well and good if done right, but when done wrong they can feel insulting. It's respectful spoofs that I like, because you can be sure the writers appreciate the source material. The same goes for when it's a spy film that happens to be a comedy. Bit of a thin line, but it's there, and usually comes with a straightforward plot and less goofy tone, with the humour coming from the cast and situations, rather than more outlandish and farcical things, like battling an army of fish men. 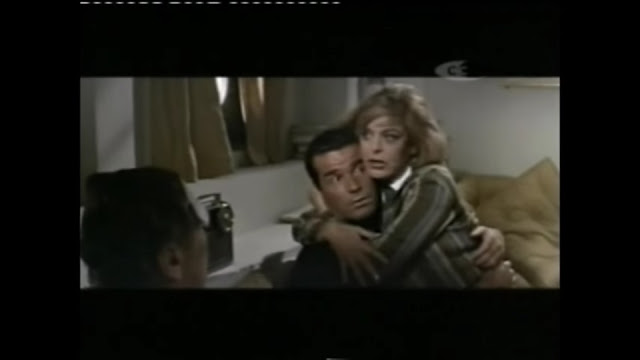 Even down to its super fun title, A Man Could Get Killed is a great time. A lighthearted piece of espionage comedy, it's well worth checking out, and needs more attention...
Posted by Chris Hewson at 1:43 AM