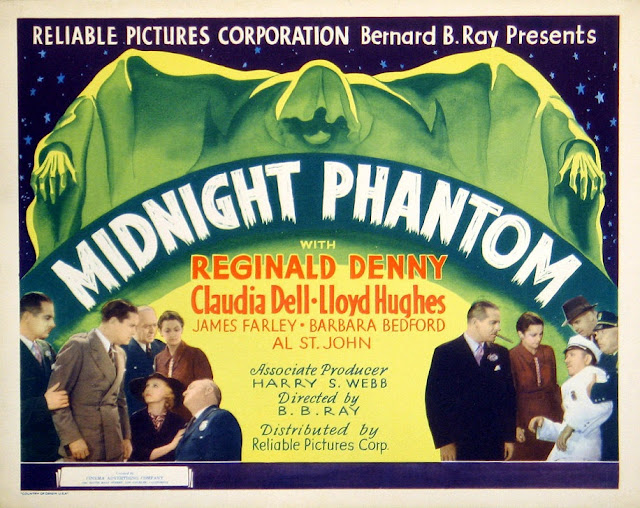 Police Chief James Sullivan is making sweeping changes to his district. Noting the rampant corruption, he's promoting and demoting officers in equal measure, upsetting many and receiving death threats in the process. Meanwhile, young Lieutenant Dan Burke wishes to marry the Chief's daughter Diana. His proposal is accepted, but things are complicated when Dan's brother ends up being involved in a bank robbery, dying in a car crash. The previously hospitable Chief immediately rescinds his permission, and swears Dan'll marry Diana only over his dead body. But with all the others the Chief has made that same ultimatum to this past week, will one of them succeed?... 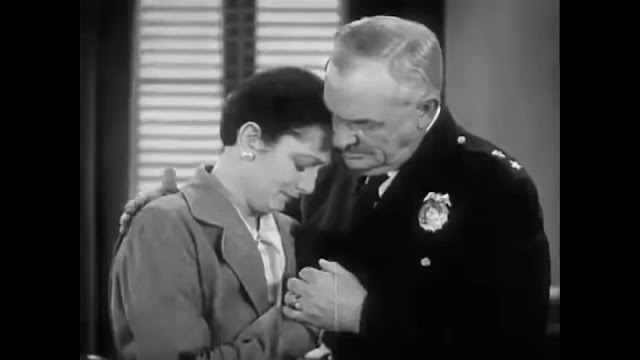 Midnight Phantom is an entertaining little police film. It promises itself as a murder-mystery, which is technically true, but the murder doesn't happen until the movie's almost over. For the majority of its runtime it sets up the characters and the stakes. I must say/I've gotta say, for a 56 minute long film it sure knows how to be patient!

This tries to tackle a few different themes, from police corruption and how to tackle it, to the stigma of someone, especially a cop, having a criminal in the family, and even of having relationships with others on the force. You're probably wondering how a 56 minute film manages to pack all of this in, on top of the mystery. The answer is it doesn't particularly well, but it's not bad either. It does an ok job even if there is a lot to juggle in a little time. It manages to focus on everything equally at least. 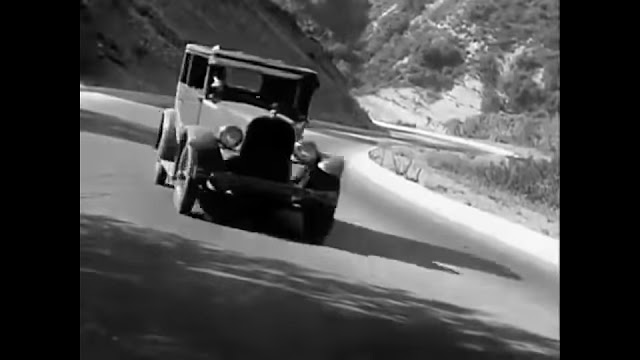 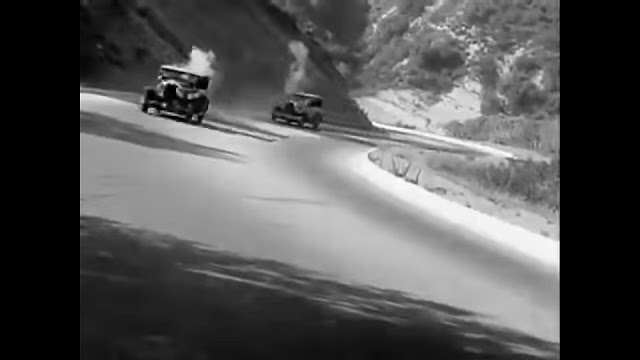 The mystery is pretty good here, although I guessed the murderer before they even appeared! I don't think I'd say it's the movie's fault, but rather mine! The amount of suspects we get here is pretty healthy, though the fact that they're all cops makes a lot of them blend together, and we rarely see them outside of their establishing scenes.

The climax is well-handled, and decently tense. While it's a surprise the murder happens so late, it doesn't feel like it's too late, and there's enough time to try and deduce at least a little.

Midnight Phantom almost feels like a stage play at times, with its framing and direction. For example, the first 19 minutes are set entirely in Chief Sullivan's office, and the outer =. Just when I thought the entire film would end up being set in this office, it ends up changing itself up, and we're treated to a dynamic car chase, with many interesting camera angles too. It's surprising how quickly the film goes from static to action-packed after being cooped in an office for so long! Eventually things calm down again, and we get an alright mix of more vibrant scenes, and extended stays in various rooms. 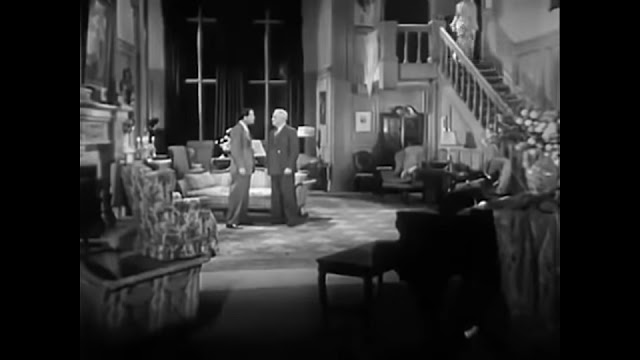 Because of this structure, the film's pacing isn't perfect. For example, we're literally introduced to the suspects one-by-one as the each march in and out of the Chief's office. It's a little clumsy, but at least it's straight to the point and effective.

The characters are a well written bunch. Dan is a heroic lead with some complexity, and Diana is a sweet young lady. Though it's pretty annoying how she feels Dan deceived her by not telling her the criminal who died was his brother. Honey, if he didn't tell you for months or years I'd get you, but it only happened two bloody hours ago!

Both sympathetic and hard-nosed in equal measure, Chief Sullivan comes off as pretty well-rounded, though it is a little strange how quickly and [viciously] he turns on Burke. He doesn't bear him any personal recrimations, but he's 100% against him marrying his daughter from that point on. This plotline is never really concluded either, as he dies before making any final decision. I liked his working relationship with Kathleen the secretary, who makes the most of her screentime.

The suspects are the only real weak link here. Aside from the shockingly mannish mother of the secretary (who scares just about everyone in and out of the film), none really have the time to be fleshed out much, or made memorable. The same goes for Dan's brother, who's first mentioned in the scene where he dies.

The acting here is all fine. Lloyd Hughes is a nice lead, both dramatically and romantically, while Claudia Dell is likewise even if she can be a bit [sour] sometimes. Reginald Denny does a good job as the oddly nice criminologist and romantic rival. Jim Farley is good as the Chief, getting across both sides to him well. John Elliot and Barbara Bedford do decent jobs too, and there aren't really any bad performances here. 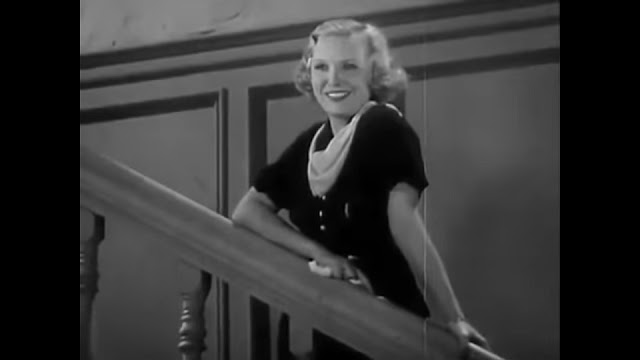 Overall, Midnight Phantom is a good film. It's not perfect, but it's got enough positives to keep you invested, and a short enough span/length to not waste your time. It's definitely worth a watch...
Posted by Chris Hewson at 9:29 PM