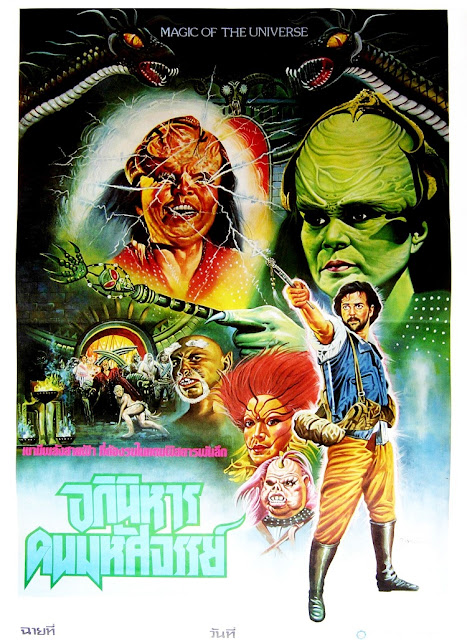 Japan has always held a high place in the world in terms of weirdness. While some of these stories are exaggerations, others are most certainly not, and their media still ranks as some of the strangest stuff out there. That's the general consensus with westerners, but you're probably wondering what the rest of Asia thinks of Japan. Do they think they're perfectly normal, or do they think they're as crazy as we do? The answer is, yeah, they're as baffled as the next person. However, despite being among those thinking this, the Filipinos have just as much capacity for mind-altering lunacy as anything the Japanese could put out! Case in point, today's Magic of the Universe...

Stage magician Jamir is performing a usual trick of making his daughter disappear when something goes wrong, and she doesn't come back. Cutting the show short, he goes to visit a wise man who warns him of imminent danger. Jamir and his remaining family set out on a quest to rescue his daughter from the clutches of an evil sorceress named Mikula, but can this simple magician have any hope of fighting very real monsters and witches?... 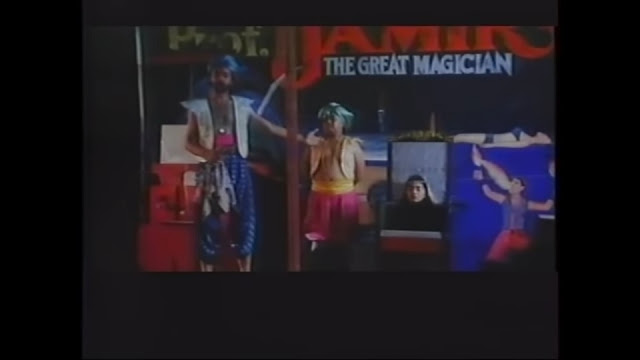 Magic of the Universe is a kooky fantasy film that gets off to a bang. No establishing or anything, just a magician on-stage saying he'll make his daughter disappear, and Bam, she's gone. Oh no, where is she?! It all happens so quickly! A bit too quickly I feel, as we get zero time to know Jamir or his family and friends. At least the film is fast paced, and we're never bored.

The story from this point on is pretty good. It's a little vague at times in certain areas (for example, where is all this taking place?), and it is simple, but effective. There were times when I wished there was more to it though, as it really boils down to 'Evil witch kidnaps Jamir's family, he's gotta find and destroy her'. Since a plot like that can't be wrapped up in 5 minutes or else we'll be out of a movie, everyone ambles about a bit to keep the film going. Thankfully it never feels too obvious about this, and it's never tedious. 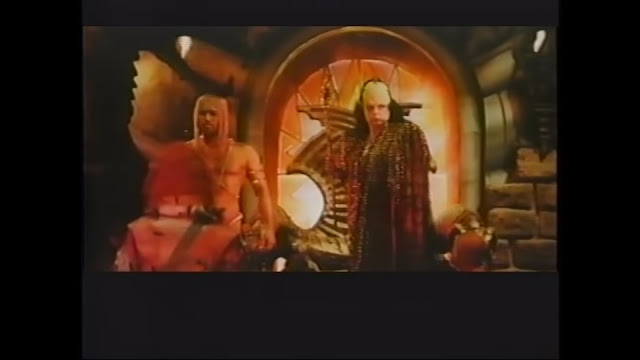 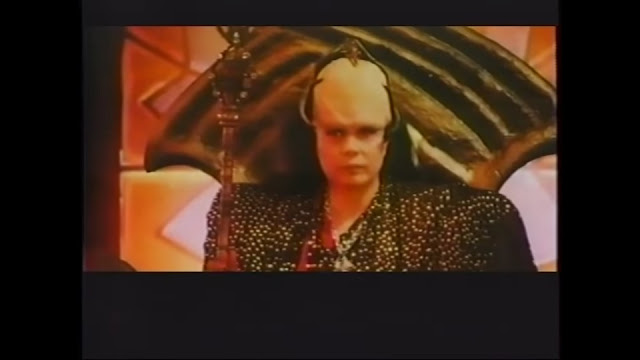 The mood and atmosphere is great here. There's just the right amount of magical whimsy, terror, and comedy. The fantastical scenes are good, the creepy scenes are many, with quite a few ooky dark rituals, and the comedy is surprisingly crazy! Who would have expected the evil monsters to have a disco dance off?! I feel it's good the movie knows to not take itself too seriously all the time. Having a sense of humour is great, and it helps the tense and eerie moments balance well.

There are some movies where the heroes are always consistently too late to save anyone. Despite Jamir's lack of skills that's thankfully not the case here, although I would've preferred if he'd made it in time to help good witch Clariga  I know she was already at peace with dying, but don't let Mikula eat her brain, dude! 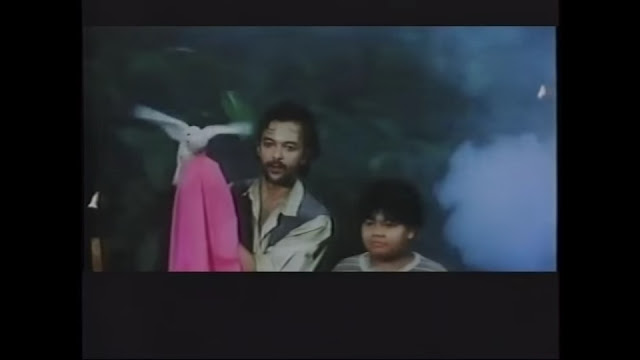 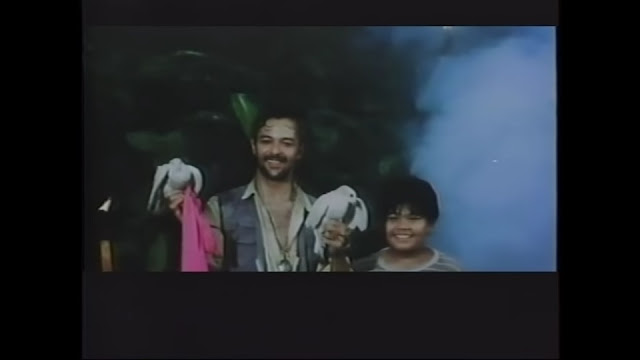 The characters here are a distinct and varied bunch. Jamir is a pretty decent lead. Totally milquetoast, but he's likeable, and relateable. It's just a shame he disappears for such long intervals. His more mild-mannered attitude contrasts well with the more lively Mikula, who's a delightfully evil presence. Just because she's evil, she doesn't let that get in the way of enjoying life, and there's rarely a moment where she's not laughing. It does get a little annoying sometimes, but for the most part she's a great villain. Threatening enough, as well as proactive, always trying her best to make life difficult for the hero.

Jamir's family meanwhile is pretty forgettable. His daughter doesn't utter so much as a single word throughout the entire film, and doesn't even walk herself! She's always carried. Maybe the actress was really an advanced marionette! She's a pretty superfluous character, as is the wife, Lovina. One of them would have to exist in order to spur the plot onwards, although if they'd only done more we'd feel more of a connection. 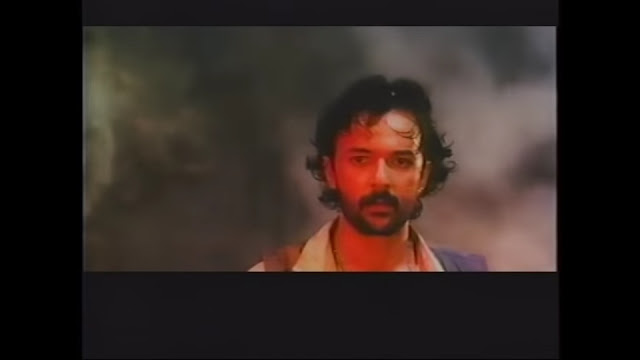 Bojok is a nice assistant, although doesn't get a whole lot to do after getting kidnapped. His arena fight with a monster is great fun though! The rest of the cast is alright, with many players getting small but important scenes. Not all are resolved, but I appreciated their presence, as it makes the world feel lived in.

The acting here is pretty good. Some visual performances are better than others, and some are downright crazy! None seemed that bad. Michael de Mesa is a good lead, if not the strongest, while Tom Tom is fun as the sidekick, never coming across as useless or annoying. Armida Siguion-Reyna chews all the scenery she can find as the villain. Everyone else do decent jobs. And most importantly, there's Globo, as himself. He ranges from cute to a little annoying, and I mostly found him fine. He barely appears though, despite his special credit! 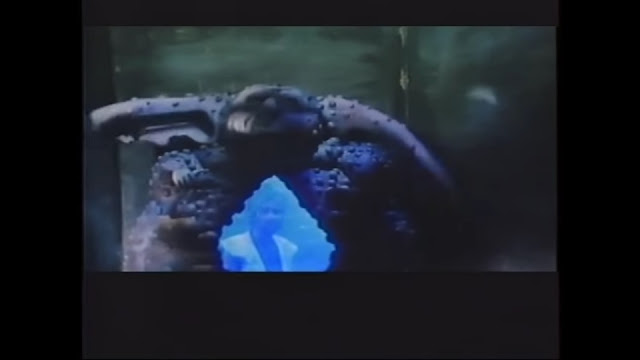 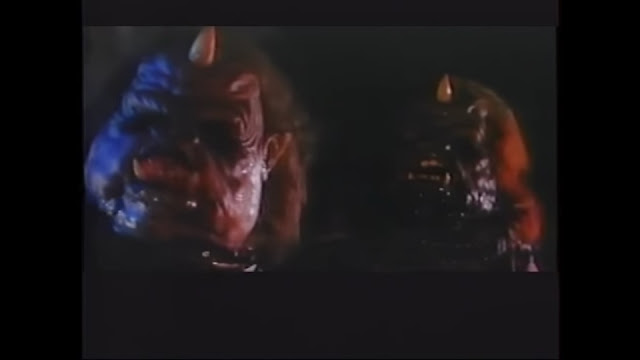 I watched the English version, and it's cheesy in the way that all dubbed movies are, as well as fun. I have to say though, it's synchronised pretty well! I honestly forgot after awhile that this was dubbed! The dub actors all do such good jobs of inhabiting their characters, especially Mikula!

The effects are a real high point for Magic of the Universe. It really lives up to its title's promise. We get to see so much, from varied creature designs, to creepy and garish locations, magical battles, and stellar make-up, especially from the creepy Mikula, before and after her transformation. Some of it looks cheap, and a lot of it is cheesy, but lots of it is just plain great, and I was left really impressed by what I saw! This is a triumph for low budget cinema. 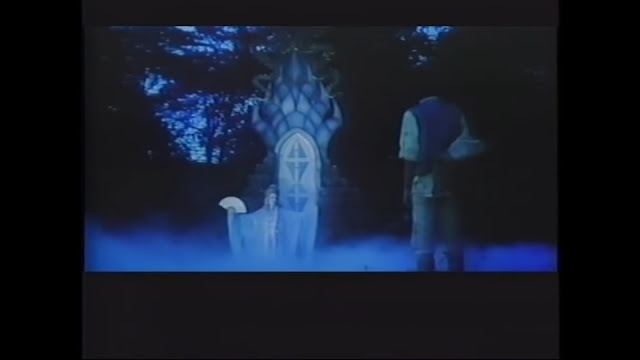 The location work and set design here is very good. We get grand palaces, dingy dungeons, ethereal forests, and many more neat places.

The music is another = for the movie. It's really good! We've got adventurous tracks, spooky and atmospheric ones, slower paced emotional ones, etc, and all sound great. The composer, =, sure outdid themselves for this production. 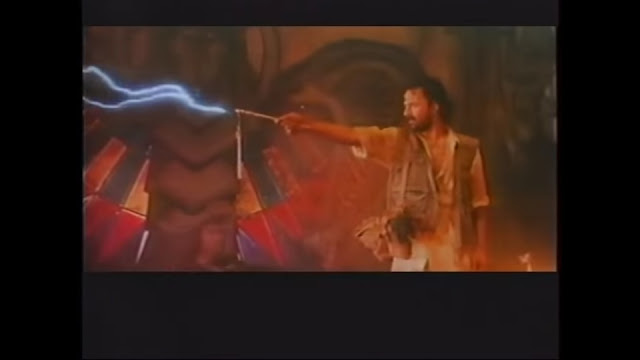 Magic of the Universe might not be for everyone, but if you're into fantasy, and can stomach large amounts of weirdness, I see no reason why you shouldn't give this a try. Any flaws it has aren't anywhere near bad enough to make it a waste, and there's plenty to enjoy...
Posted by Chris Hewson at 7:36 AM